Accessibility links
Final Four 2016: Villanova Defeats Oklahoma This was the biggest Final Four semifinal win ever, eclipsing the 34-point wins by Cincinnati over Oregon State in 1962 and Michigan State over Penn in 1979. 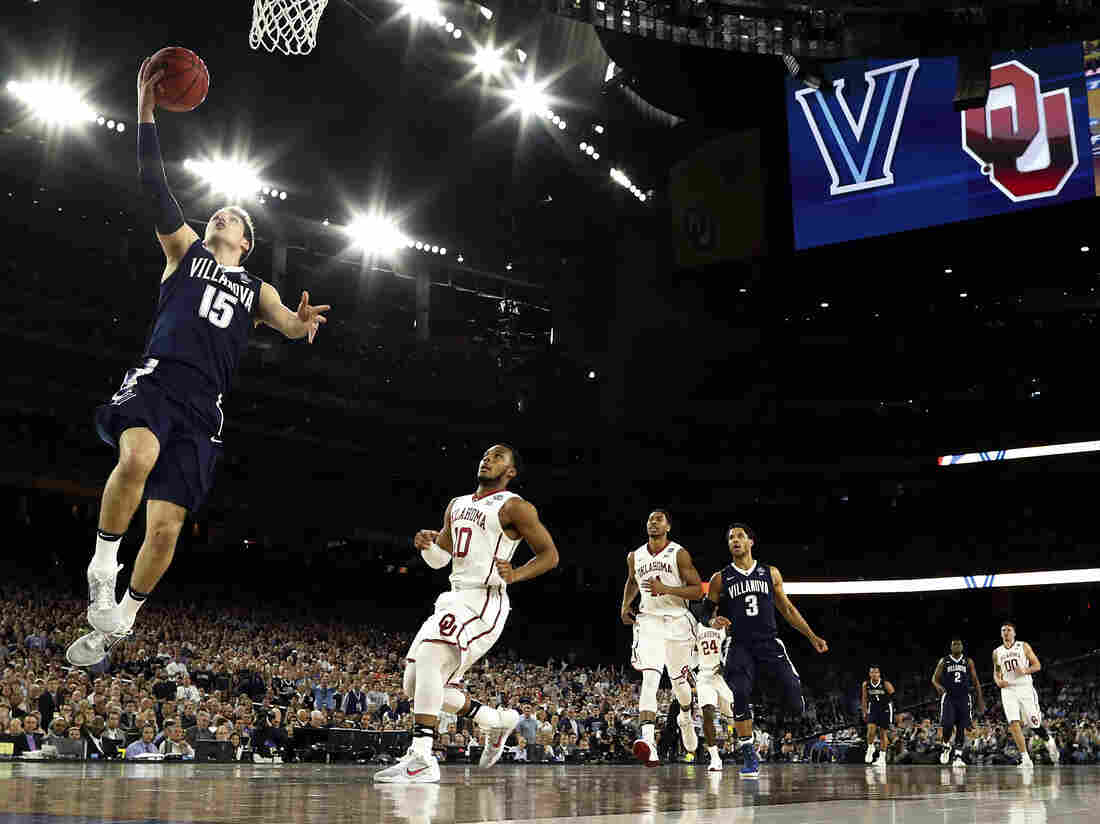 Ryan Arcidiacono goes up for a layup during the first half of the NCAA Final Four tournament college basketball semifinal game against Oklahoma on Saturday in Houston. Eric Gay/AP hide caption 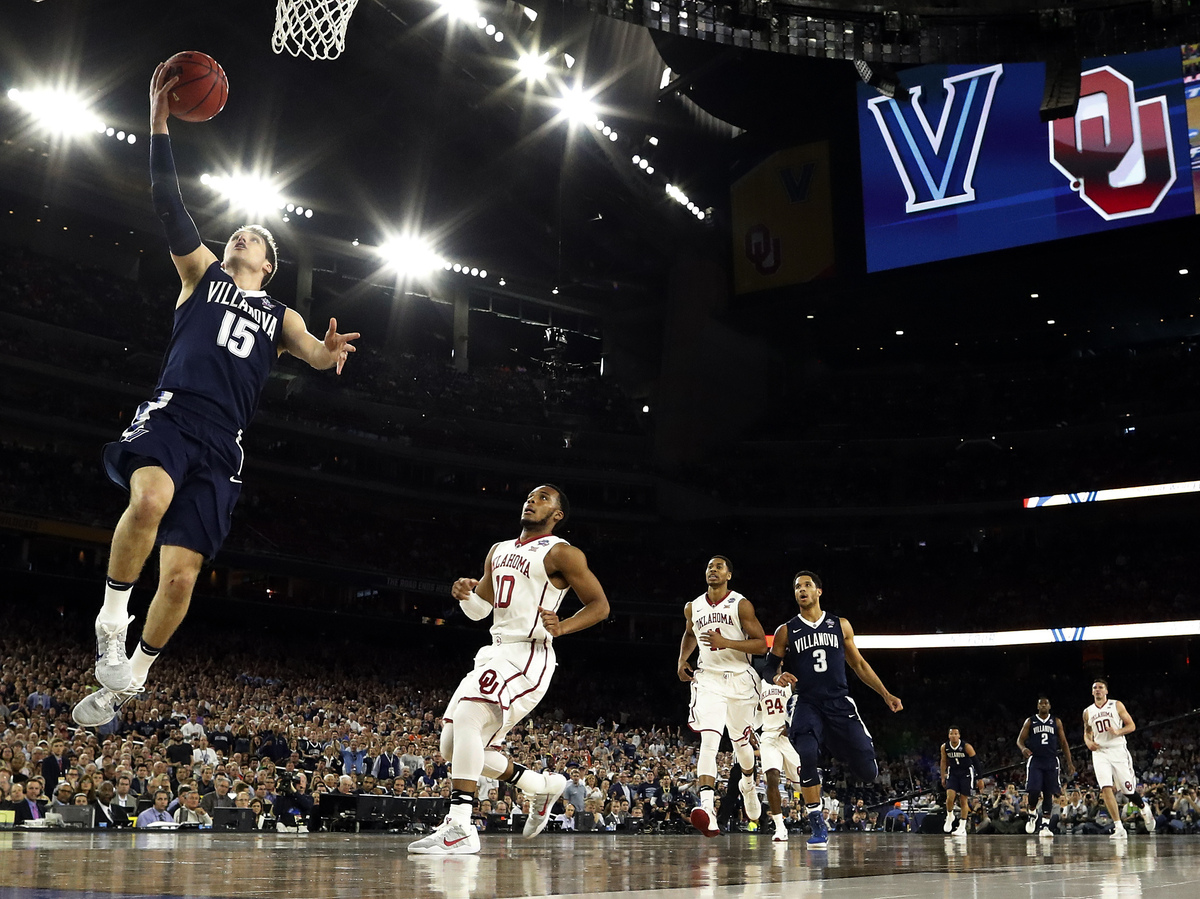 Ryan Arcidiacono goes up for a layup during the first half of the NCAA Final Four tournament college basketball semifinal game against Oklahoma on Saturday in Houston.

Villanova advanced to the national championship game Saturday night with the biggest margin of victory in Final Four history, overwhelming Buddy Hield and Oklahoma in a resounding 95-51 victory.

The Wildcats (34-5) will face the winner of the North Carolina-Syracuse game for the title on Monday night.The margin topped 34-point Final Four wins by Cincinnati over Oregon State in 1962 and Michigan State over Penn in 1979.

"That was just one of those nights," Villanova coach Jay Wright said. "I feel bad for Oklahoma."

The Wildcats now have four wins in the tournament of at least 19 points, the only close game a 5-point win over overall No. 1 seed Kansas in the regional final.

Villanova dominated the Sooners (29-8) after an opening 7 minutes that had the teams trading the lead on almost every possession.The Wildcats broke it open with a 21-4 run.

The stats about NRG Stadium being a horrible place to shoot went out the window along with the Sooners' chances at playing for their first national championship.

"We knew how they could beat us bad so we had a lot of fear coming into this game," Wright said.

As the Wildcats, who won it all in 1985 with the shocking upset of Georgetown, kept making shots, Oklahoma star Buddy Hield kept missing.The unanimous All-America selection was 3 for 8 in the first half, including 1 of 5 from beyond the arc. Hield came into the game shooting 46.5 percent from 3-point range.

"Just playing defensively as a team ... we contained him," Hart said.
Hield kept putting on and off his familiar white sleeve on his right arm. On or off didn't matter this night as the Sooners absorbed their worst loss of the season.

Kris Jenkins added 18 points for Villanova and Ryan Arcidiacono had 15.
Jordan Woodard led the Sooners with 12 points and Hield had nine on 4-of-12 shooting, including 1 of 8 from 3-point range. Villanova turned the tables from the December meeting with a 21-4 run in the first half.

The Wildcats made one less 3-pointer in the run than they did in 32 attempts in the 78-55 loss at Pearl Harbor. Mikal Bridges, Jenkins and Arcidiacono hit the long jumpers for Villanova and Oklahoma, meanwhile, couldn't get anything going. The Sooners went 4 1/2 minutes without scoring.

They committed four turnovers on their five possessions of the drought and the fifth was a missed 3 by Hield that was partially blocked by Hart.
Hart capped the half for Villanova with a 3-pointer with 8 seconds left that made it 42-28.

The Wildcats had as many assists (9) as Oklahoma did turnovers. Villanova shot 66.7 percent (18 of 27) while the Sooners were just 12 for 25 (48 percent), usually a pretty good number but not when the opponent shoots like the Wildcats.