Accessibility links
'Music Was Always This Anchor': A Story Of Soul And Struggle Rashod Ollison's memoir Soul Serenade is a coming-of-age story and playlist combined. He says he "could always tell" his mother's mood "by which Aretha Franklin song was on." 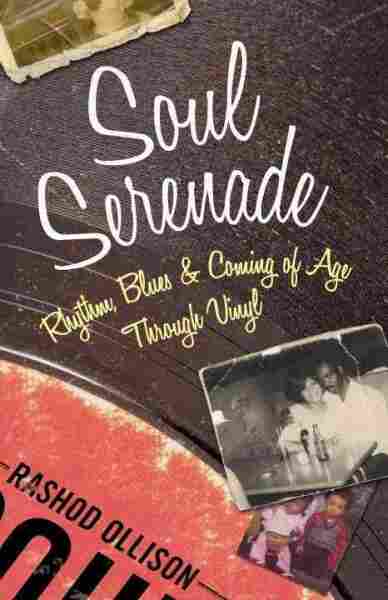 Music has always been a part of Rashod Ollison's life. His new memoir, Soul Serenade, is a story both of songs and hardships. His father left the family when he was only 6. He writes that his mother, meanwhile, was far from affectionate — she had "a love redolent of vinegar, without the slightest hint of sweetness." He moved several times as a child — switching schools, cycling in and out of housing projects in and around Little Rock, Ark.

But music, and particularly soul music, was what got him through. His love of music began at an early age when he first heard the "wail" of Aretha Franklin. It continues in his current life as a music journalist.

So much of Ollison's love of R&B comes from his father. Soul Serenade tells the story of his 6-year-old self hearing "All the Way Lover," off of Millie Jackson's 1977 album Feelin' Bitchy.

On my knees, I flipped through the LPs, stopping at images that caught my eye: Patrice Rushen with long braids adorned with beads and feathers; Betty Wright sporting a globular 'fro, one hand on her hip, the other holding a microphone; Al Green in a dove-white suit sitting cross-legged in a wicker chair that matched his outfit.

I held up an album. "Look, Daddy, this lady got her tongue out." Clara Mae plucked the LP out of my hand. "This ain't for you."

Daddy spoke up. "Who's that, Clara Mae?"

They laughed as if they were in on a private joke.

"Raymond, this boy ain't got no business listenin' to no Millie Jackson."

"Put it on. Boy pro'ly hear worse over at Teacake's," Daddy said, referring to my profane grandmother, who sold brown liquor and homemade fried pork skins out of her house.

Clara Mae shook her head and placed the album on the automatic turntable. It fell and the needle slid into the first groove. An ominous bass line, overlaid with billowing strings and woodwinds, boomed from the speakers. Frayed around the edges, the husky female voice brought to mind the smoky, lowdown atmosphere at Mama Teacake's.

Millie sang of fires burning deep down inside, of love wheels turning that rendered one helpless and open to doing just about anything. I looked at Daddy, grinning at the sound of the record I'd picked. He smiled, nodding to the groove. 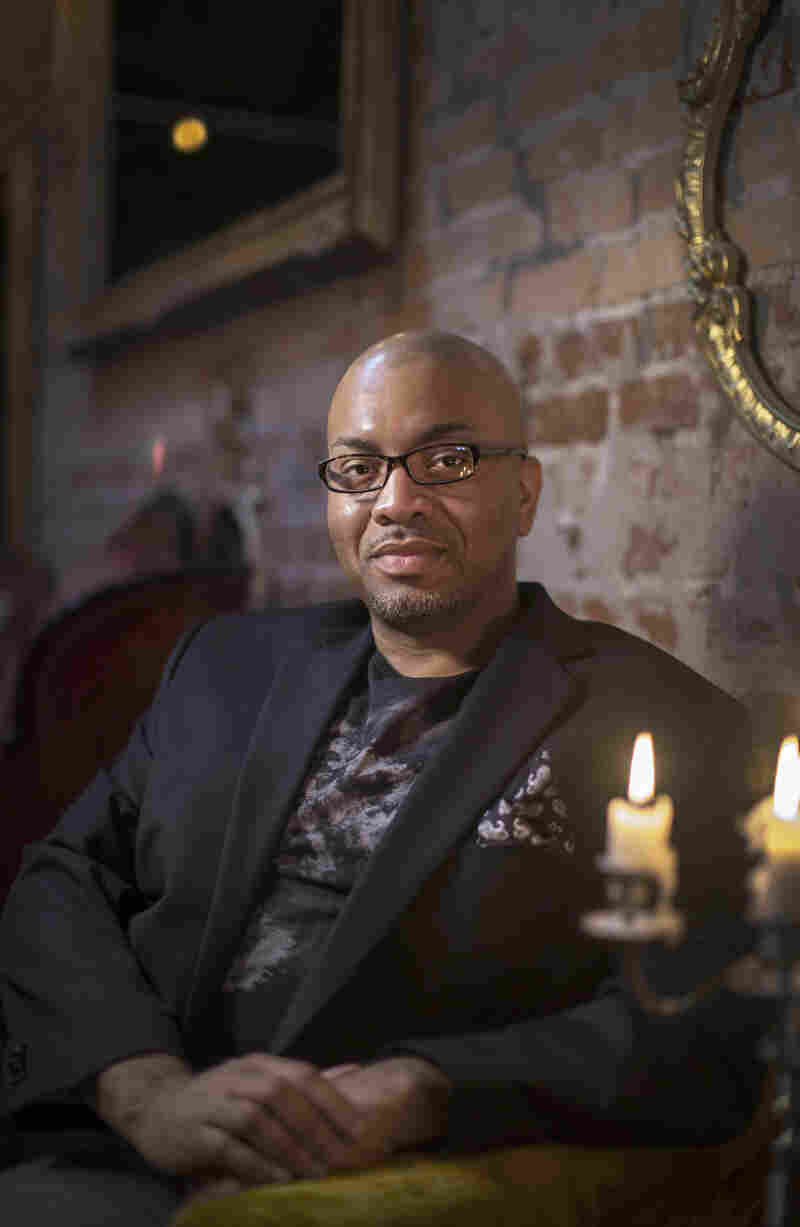 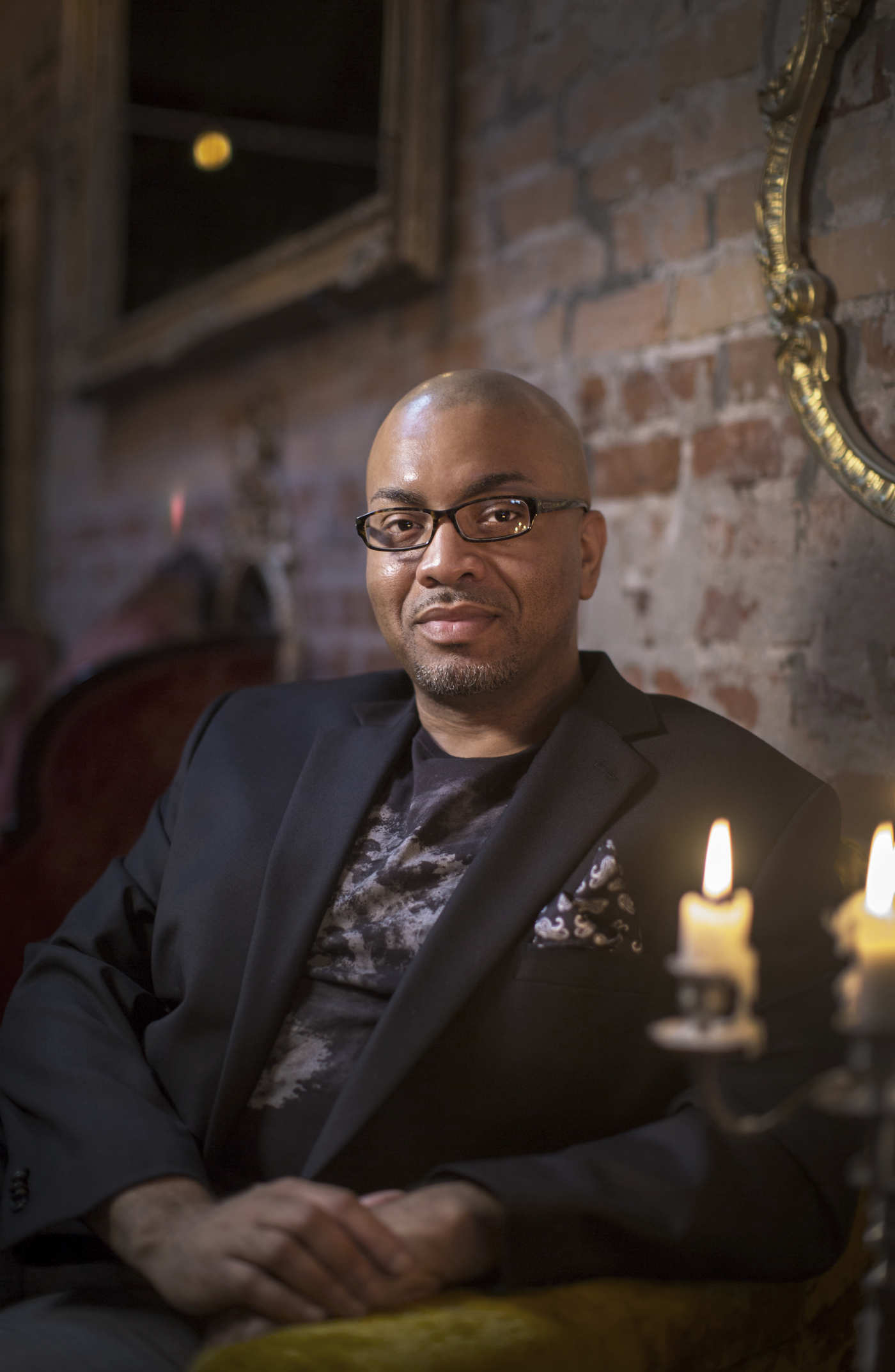 Rashod Ollison works as a pop music critic and culture journalist. He has written for Dallas Morning News, Philadelphia Inquirer, Baltimore Sun and others.

Ollison spoke with NPR's Mary Louise Kelly about the songs that defined certain times in his life.

One of the first sounds I remember is a record — Aretha Franklin's voice. I just remember that wail and will always remember it. I may have been like 3 or 4. ... And after that, music was always this anchor. It was almost as important as food for me. And it was always around, I've noticed, even in many of the neighborhoods we lived in, there was always music. Particularly days like this — spring weather, certainly during the summer. Folks would bring out their boomboxes and even drag studio speakers out onto the porch. And you would hear music everywhere, it was just always there.

On his mother and Aretha Franklin

We could always tell her mood by which Aretha Franklin song was on. If she was reflective and didn't want to be bothered it was usually songs like "Ain't No Way" and "Do Right Woman, Do Right Man." If her spirits were up — "Since You've Been Gone (Sweet Sweet Baby)," "Rock Steady" — those records.

And she would play the Amazing Grace album, and that's one of the earliest albums I remember. And when she played that it was a mix of comfort and discomfort. It was discomfort because we knew we were probably getting ready to move again — there was some shift that was about to happen. But also comfort in that Aretha singing the gospel made us feel as though everything was going to be OK.

On what music meant at age 6, even when he didn't understand what the lyrics meant

I think it was the way that like, Millie Jackson's voice reminded me of the voices of the women who were in the neighborhood. And there was something about kind of the conversational way that these artists sang — Denise LaSalle, Millie Jackson, Johnnie Taylor, Bobby Womack — that reminded me, even as a child, of the people who were around me — relatives, uncles, aunts.

On his grandmother, Mama Teacake

She had this name that suggested sweetness, Mama Teacake, but she was not. She lived on Happy Street and no one in that house was happy. I couldn't have made that character up. She was very much a force. ...

There's a song and she played all the time, "Down Home Blues" by Z.Z. Hill. That was her theme song. And it was usually playing at her house when these people were streaming out to buy the pork skins and the Seagram's VO that she sold out of her house.

On the strong women he grew up with, and the male 'holograms'

It was very much a matriarchal community. Even when the man was present as the father or whomever, you always were referred to his wife. If there was Mr. and Mrs. Jones down the street and you needed to ask permission for something, or your ball was in the yard, you always referred to it as Mrs. Jones' house — it wasn't Mr. Jones' house, even though he was a presence there. So the women were just such a commanding presence.

And there weren't a lot of men in the neighborhoods. The ones who were there were a bit passive in that they let their wives kind of run everything, and they sat on the porch or they hung out with their buddies.

And then as I got older and we moved around more, you didn't see too many men there. I saw them in church. And the men I saw in the church were — and this was when I was a teenager — they were much more of a presence, less of a hologram. But growing up, they were essentially holograms.

On fantasies that Michael Jackson would rescue him from his troubles

When I think back of course now working as a culture critic, I know kind of the marketing that's been studied, that was done by CBS in 1982. And it definitely tricked me. I mean he seems sort of other-worldly. There was always this glow about him in the photographs and in the videos. And so to me at 6 and 7 years old, I'm like, "I think this is God." And then he was everywhere, you couldn't escape his music. ...

In the fantasy, he comes onto the porch, he knocks on the door. I answer. He says, "Come with me." And the neighbors are standing around with their mouths dropped, like — what is going on? And then we get into the limo and it rockets into the sky. I don't know where we go afterwards but that was a recurring fantasy.

On how his sisters related to Mary J. Blige

I saw a lot of girls in the neighborhood affect Mary's swagger as it were. At that point we were like, maybe 14 or 15 when her first album came out, What's the 411? And she was really a pivotal figure in R&B at that time, because she brought together that swagger and that hardness that was of hip-hop, with the vulnerability and the emotionality of soul music. She was pegged as the queen of hip-hop soul. ... And then of course this was during the time videos were still key in selling an artist. In her videos she had — she kind of scowled, you know she didn't smile. And she wasn't classically pretty but she was very much a beautiful woman in a way.

But she wasn't that much older than us. And so I saw a lot of girls around the way just kind of affect her flavor and her swagger — and that armor. My sister certainly did. ...

My sisters and the girls in the neighborhood related to Mary in the same way that my mother related to Aretha Franklin — that this was an R&B artist, a soul artist who spoke to the time. You know, there was something about their approach that was of the past — you know, it had been contextualized from the past, but it was something that felt fresh. And then there was something in the way that these artists were marketed, in the way they looked, that seemed very familiar and very accessible.

Why hip-hop didn't speak to him

There was so much posturing in it, especially in the early days, that it didn't feel genuine to me. And I couldn't affect that. I didn't see myself in Run-D.M.C. or any of the folks who were very popular in the late '80s-early '90s. And it wasn't to disparage them. They spoke to a lot of the boys around the way. But I didn't see that, because I was so used to soul music which was about an expression of vulnerability and sensitivity, in the voices of Al Green and Marvin Gaye and Stevie Wonder. And hip-hop was kind of the antithesis of that. And it felt like — it was so much of this bristling energy, I just couldn't relate to it.

I was listening to a Miles Davis record, On the Corner, which had nothing to do with my memories of being there, because no one was playing Miles when I was growing up — I discovered him much later in college. But that just happened to be the record I had on my iPod as I was driving around. ... There's something about that record that is funky, yet chaotic. And that seemed to really kind of fit what life was like then. ... I remember life being sort of gloriously funky yet very chaotic and that record sounds like that, so in a way I guess it was appropriate.