Accessibility links
Wisconsin Republican Primary: Donald Trump May Lose, Scott Walker May Be Why Trump has gone on the attack against Wisconsin Gov. Scott Walker in his home state this week. But that could be a big political miscalculation heading into Tuesday's primary.

Wisconsin Could Be Scott Walker's Quiet Revenge On Donald Trump

Wisconsin Could Be Scott Walker's Quiet Revenge On Donald Trump 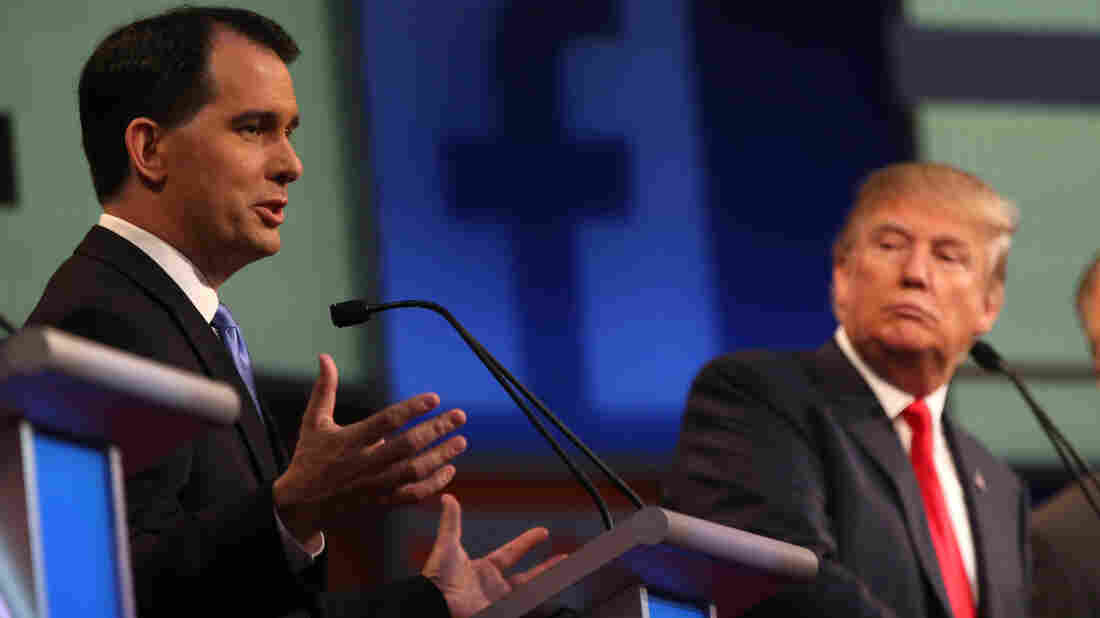 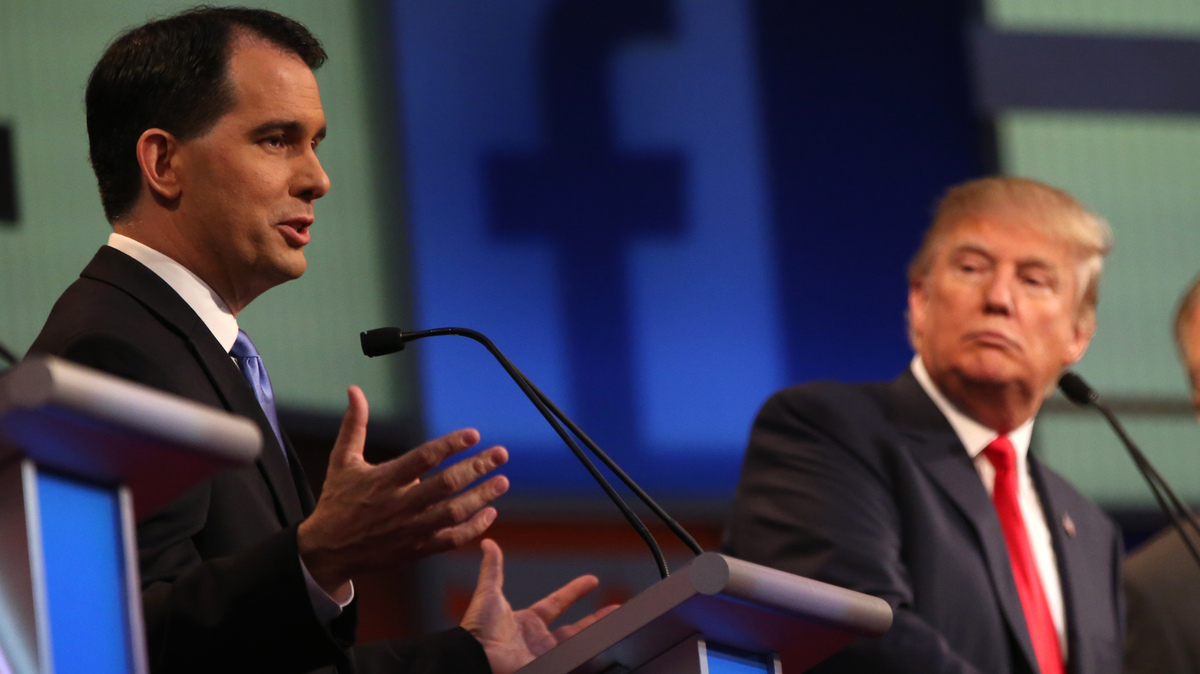 Scott Walker never got the chance to officially face off with Donald Trump at the ballot box — but if the GOP front-runner loses on the Wisconsin governor's home turf, it still could be a victory of sorts for the former presidential candidate.

In fact, should Trump lose, it could be in part because of one very big miscalculation: Walker remains very popular among Wisconsin Republicans, but the real estate mogul continues to attack him. The highly respected Marquette Law School Poll this week put the governor's approval rating at 80 percent among likely primary voters.

"It was the most absurd strategy I've ever seen," said Mark Graul, an unaligned GOP strategist in the state "You attack somebody with high favorables, who's won three gubernatorial elections in four years? It makes no sense to me."

But Trump — who often revels in taunting his vanquished GOP foes — couldn't help himself, rubbing salt in Walker's White House wounds while campaigning in the state this past week.

"Look, I beat him very badly," he said after Walker officially threw his support to Trump's chief rival, Texas. Sen. Ted Cruz. "[Walker] was going in as a favorite in the presidential run. I knew he couldn't endorse me. I never called and asked him for an endorsement."

He went on to criticize Walker's performance as governor and the state's financial standing, arguing that, "Wisconsin is doing very poorly, by the way."

And in one heretical moment, he criticized Walker for not raising taxes and instead cutting back on education and infrastructure funding.

Tuesday night's contest could be Walker's quiet revenge. Observers in the state say his endorsement gave onetime rival Cruz a boost, and helped him solidify support he's already been gaining thanks to backing from the state's influential conservative radio hosts. Those same right-wing talkers were the ones who helped boost Walker's nascent political career.

"What the talk radio folks did was give Cruz a ground game he may not have had — they bring that listener audience that becomes boots on the ground," said Brandon Scholz, a longtime GOP strategist and lobbyist in the state. "Walker's endorsement is the push that was needed to bring a lot of those undecideds home."

The Marquette Law survey indeed showed movement for Cruz — he's at 40 percent in the poll, a 21-point jump from February. Trump is static at 30 percent, while Ohio Gov. John Kasich has 21 percent. And that poll was conducted even before Walker handed down his endorsement.

When Walker ended his two-month White House campaign, he made clear he was no fan of Trump, and encouraged his other rivals to drop out so that there could be a clear alternative. That never happened, and six months later most Republicans see Cruz — someone they're not exactly enamored with either — as the likeliest candidate to eventually overpower Trump.

But in making the argument for Cruz, Walker hasn't savaged Trump — or even fought back against the GOP front-runner's attacks.

That's likely part of an important calculation on his part. As many failed presidential candidates do, Walker had a lot of fences to mend when he returned home to the Badger State last fall. Republicans say he put his head down and trudged forward.

"Walker's been working as hard as he can once he came back to the state," Scholz said. "He's been everywhere. He's been back to what Walker used to do."

It's an important approach as Walker tries to salvage his political future, including a campaign for a possible third term in 2018.

"I think Gov. Walker has got a great story to tell about his first six years in office," argued Graul. "Wisconsin is in a much better place than it was when he first got elected."

Scott Walker's Emphasis On Unions Failed To Energize National Base

Scott Walker's Emphasis On Unions Failed To Energize National Base

Most Republican voters in the state very clearly still believe that, and are loyal to Walker. His decision not to get in the gutter with Trump could help him consolidate support even more. But for Trump, his decision to do the opposite could be his undoing on Tuesday.