Accessibility links
#NPRpoetry, Part Deux: Listeners Bare Their Souls In Stanzas April is National Poetry Month. And the audience is sending All Things Considered original poems in 140 characters or less on Twitter. Here's an update from the curators who have been reading along.

April is National Poetry Month. And the audience is sending All Things Considered original poems in 140 characters or less on Twitter. Here's an update from the curators who have been reading along.

Time now for more of your poems. And guess who's back with me - Colin Dwyer, NPR digital producer and the curator of our Twitter poetry call out for this month of April.

KELLY: So when we talked with you yesterday, you were telling us about a lot of the haikus coming in. And before we move on, I want to play one more haiku. This one came in from @lookatthathair. We actually sent this one to Sylvia Poggioli to read to us from Rome...

KELLY: (Laughter) Hard to top Sylvia, who sounds good even reading the phone book, but especially good reading that poem. Now you also mentioned yesterday this - you know, you're getting a lot of haikus because people are tweeting, so they don't have very many characters to deal with here. You're noticing another form of Japanese poetry coming in, too, though.

DWYER: Right. Funny enough, haiku isn't the only form of traditional Japanese poetry that our readers are absolutely loving. There's another one called tonka that we've gotten a couple of. And here's one from Carol Johnston. (Reading) I hold up traffic mesmerized by swirling confetti petals, my car in a vortex of blossom wind.

KELLY: So a tonka there in honor of the cherry blossoms around us right now. Tell us what else has come in.

DWYER: Well, there have just been a number of them that have just sent me reeling, frankly, including this devastating one. (Reading) Honey and apricot and hands like old maps. She died. Oh, thank God, I would think in two months, that summer before the towers fell down.

KELLY: Lovely. Thank you for reading that to us. That's NPR Colin Dwyer, our digital producer, Twitter poetry maestro. Thanks for stopping by.

DWYER: Of course, thank you very much.

KELLY: And keep your poems coming. We want to hear all your poems this whole month of April. You can tweet them to us using the hashtag #NPRpoetry. 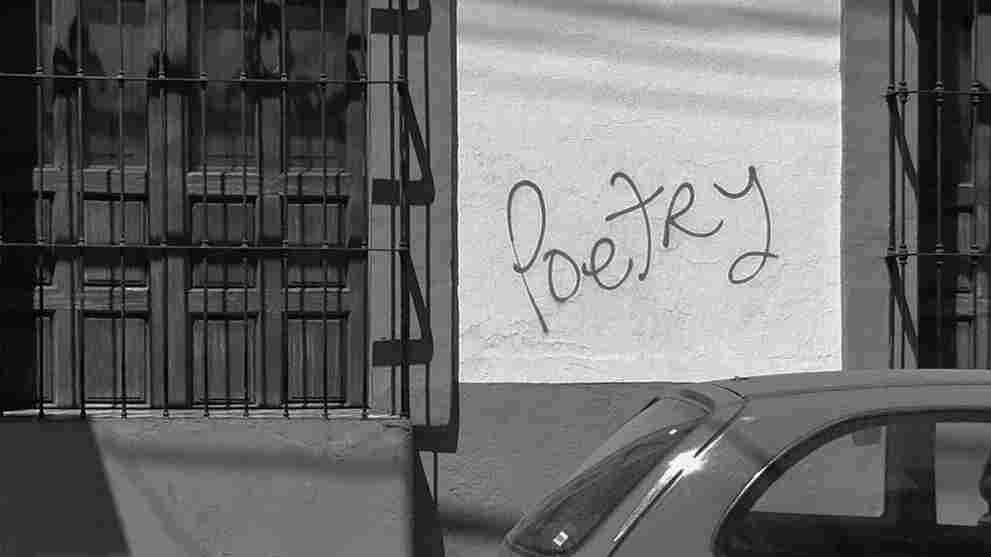 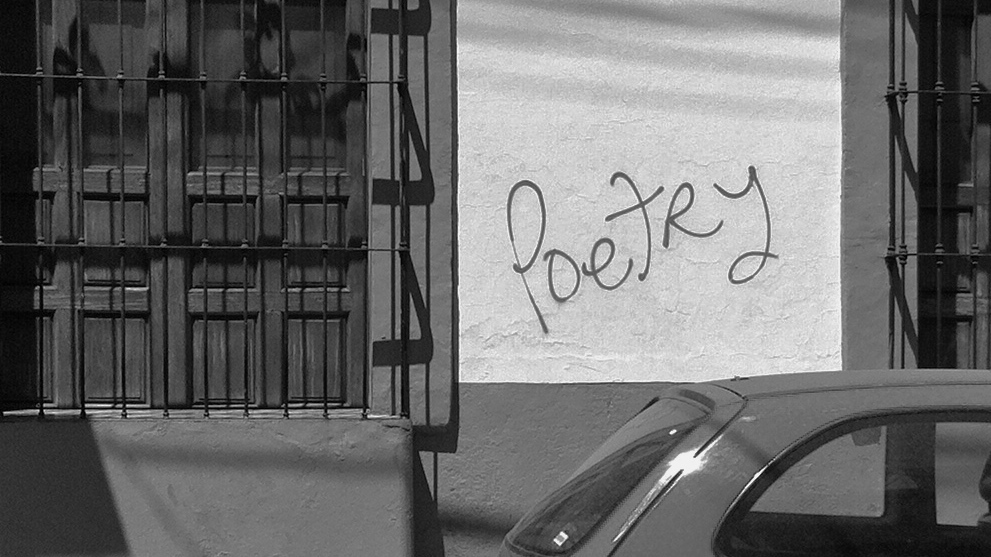 As much as we might like to, we can't lay claim to that headline. Credit Rik Stevens, instead, with the golden little rhyme, which he tweeted to All Things Considered earlier this week.

It was an early start to what is already becoming a glorious National Poetry Month. The annual event, which falls on April each year, luxuriates in the form, celebrating poetry in all its shapes, sources and sizes. And we at NPR couldn't help but toss our hats into the ring.

Excuse me — perhaps I ought to phrase that a bit differently: We tossed your hats into the ring.

That's because, before the month even began, we got things rolling by asking our listeners to tweet their tiny poems at us using the hashtag #NPRpoetry. Since then, I — your humble curator — have been sifting through the dozens of 140-character verses that have come streaming in.

A few trends made themselves immediately apparent. For one thing, there were haiku — lots of haiku — but I suppose that's to be expected. The bite-sized form is tailor-made for the strict character limitations we demanded of our trove of budding poets.

#NPRPoetry#Haiku
Climbing the mountain/
we look back to see how much/
we have forgotten.

Those same limitations inspired more than a few deeply meta works, which dwelt with the writer's struggle — or should we say the tweeter's struggle? Seems to be a question for the philosophers, hmm?

And then, there was another trend entirely. It wasn't long before I noticed that many of our poets were tweeting not just with #NPRpoetry, but with a second hashtag, too: #PoetryWHS.

After a little sleuthing, we got to the bottom of this mystery. It turns out that Natalie Plowman, a teacher at Windsor High School in Colorado, asked her poetry students to join in with NPR's Twitter callout.

"Some of them really got into it. A couple of them, as you can probably see from the hashtag, felt that it was just a requirement and silly," she tells NPR. "So it was kind of all over the spectrum."

And that was certainly in evidence.

There were the serious.

And this one poem — from a student who isn't even in Plowman's class. He just saw his friends doing it, so he figured he would, too.

But we can't rely simply on Windsor High to lead the way forever, especially with spring break looming menacingly on the calendar. If you'd like to join in too, just tweet your teeny works of art with #NPRpoetry. All month we'll be greedily reading them — and reading them aloud on air, as well.

If you're nervous about lending your own voice to the chorus, just heed the words of wisdom Plowman offered her students at the start.

"I just asked them to be who they are. Some them are completely comical and some of them are a little more serious," she says. "Whatever is on your mind right now, that's what I want you to put into this."