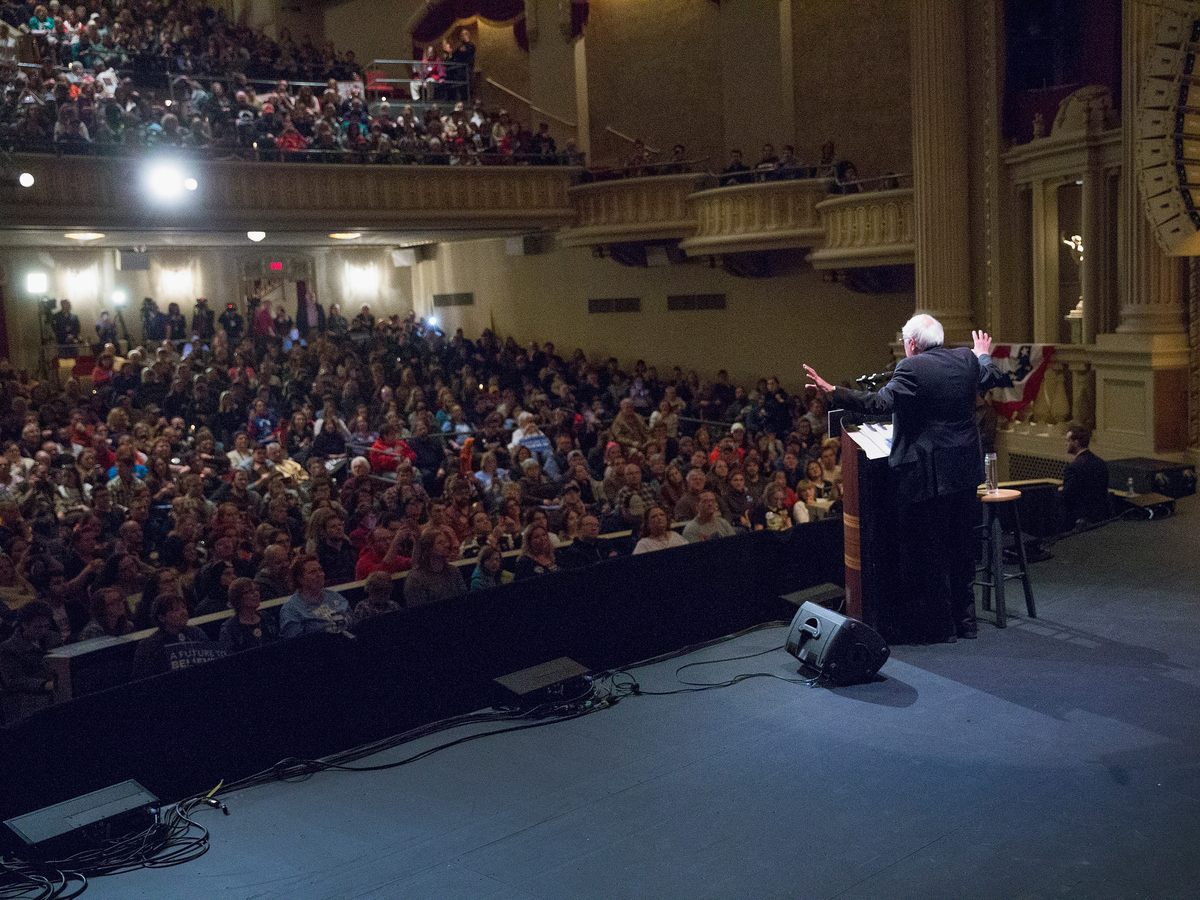 When Bernie Sanders took the stage Sunday night in Madison, Wis., the crowd of about 5,000 went wild. One of the biggest applause lines came when Sanders talked about his campaign taking on the establishment.

Sanders' supporters aren't just cheering him on, they are donating to the cause. One supporter at last night's rally, Joe Eichenseher, said he has contributed to past campaigns, but never with the frequency he is giving to Sanders.

"I feel like it's a people's campaign, and it's what democracy should be," he said. "It should be from the people."

The people are giving, again and again. In March, Sanders raised $44 million.

That ability to raise large sums of money in tiny increments has enabled the Sanders campaign to outspend Hillary Clinton on television advertising in more than a dozen states. It's also allowed him to claim purity, while implying Clinton is beholden to big-money interests.

"We have revolutionized campaign financing in the United States of America," Sanders said over the weekend. "I don't have a superPAC. I don't get money from Wall Street or anybody else and I am proud of that."

"Revolution" may be overstating things, according to Julia Azari, who teaches political science at Marquette University in Milwaukee.

"The small-donors movement has been going on for a while now," Azari says. "Obama also talked a lot about that in 2008. I don't know that Sanders has caused that so much as he's coming in at a time where that narrative seems to be pretty popular."

Opinion polling reveals a widespread public disgust with the nation's campaign finance system. Republican Ted Cruz boasts of his small-dollar donors. Donald Trump says because of his personal wealth he can't be bought. And Clinton's campaign touts support from more than a million individual donors.

But Clinton has also raised money in a more traditional way than Sanders — with a mix of small online donations and big-dollar fundraisers in the homes of the rich and famous. She also has a superPAC backing her. Even so, Clinton has, since the very first day of her campaign, criticized the system.

"We need to fix our dysfunctional political system and get unaccountable money out of it once and for all," Clinton says, "even if that takes a constitutional amendment."

However, the Clinton campaign also said early on it wouldn't unilaterally "disarm," with conservative superPACs lined up against her. Clinton is also doing something Sanders is not. She has raised nearly $30 million for the Democratic Party and state party committees. That money will be used to help elect candidates further down on the ballot as well as the Democratic presidential nominee - whether that's Clinton or Sanders.