It's Love That's Important In 'The Truth About Death'

It's Love That's Important In 'The Truth About Death' 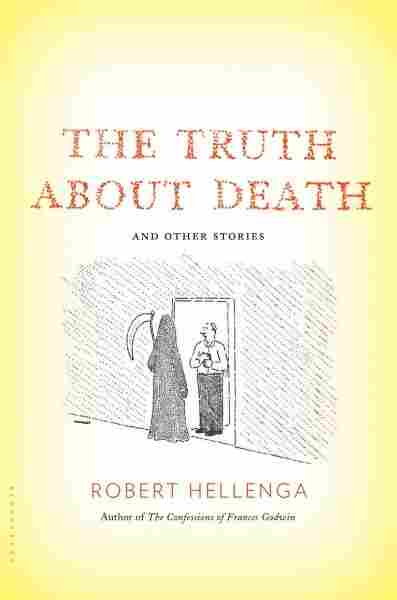 The Truth About Death

Two funeral directors, one American and the other Italian, get together in Rome and share undertaker stories. It sounds like the start of a bad joke, but there's nothing funny about the situation in the title novella of Robert Hellenga's new book, which confronts death matter-of-factly. "No fairy tales for us," the Italian says — and no consoling metaphors like final journeys or peaceful sleep, either. "Death breaks the back of metaphor," he adds, as the two men prepare the body of a close relative who has been killed in a hit-and-run accident.

Mortality is far more than an intimation in The Truth About Death, nine searching, mature stories that encompass grand passions and fleeting romantic adventures — often with Italian lovers — along with meditations on impermanence and questions about what makes life meaningful.

Before shifting to Italy — as so much of Hellenga's fiction does — the title novella begins in the Oldfield family funeral home in Galesburg, Ill. Simon Oldfield and his 25-year-old daughter, Hildi, are embalming Simon's father, a difficult man whose death has come as a relief to everyone, including his wife of more than 50 years. Simon warns his daughter, who wants to join the family business, "It's not a job for the faint of heart." Few will argue with this assessment after reading graphic descriptions of sutured mouths, cannulas and drainage hoses.

Unlike Alison Bechdel's Fun Home and Thomas Lynch's The Undertaking: Life Studies From the Dismal Trade, Hellenga plays it straight and unsentimental, largely without irony. He mostly avoids morbid humor, until Simon turns to New Yorker Grim Reaper cartoons to defuse his funk over an ailing heart. He and his wife learn that creating their own cartoons is harder than it looks, and we see the proof: a small portfolio of sketches that have been rejected by The New Yorker's cartoon editor, Bob Mankoff, who makes a quirky cameo appearance in the story.

Three Books To Take You Back To The Renaissance

In the end, of course, the Reaper gets everyone. Even the Oldfields' beloved therapy dog, who is drawn to the most devastated mourners at the funeral parlor, succumbs to liver cancer — though not before leading Simon's wife to this truth about death: "This is just the way things are, and it's okay."

The other eight stories filling out Hellenga's collection are uneven and generally slighter. Many of the characters and themes will be familiar to his readers. "Pockets of Silence" has had two previous incarnations, first as a story in The Chicago Tribune in 1989, then as a chapter in The Sixteen Pleasures, his wonderful 1994 debut novel. This beautifully rendered tale about the hole left in a daughter's life by her mother's death — exacerbated by her defective deathbed tape recordings — remains one of the most resonant things Hellenga has written. He revisits that family in two less successful stories that focus on the patriarch as he realizes it's time for him to move on from his beloved old house, "as surely as migratory birds know when it's time to leave everything behind them and head out who knows where."

Hellenga's fiction is filled with art historians and academics rooted in the midwest but perpetually drawn to Florence and Rome, where they revisit beloved artworks and old romances — or strike up new ones. "Every woman deserves at least one Italian lover," Simon says in "The Truth About Death," recalling the affairs of his mother, wife, and daughter. In "How to Write a Memoir," framed as a high school assignment, a teenager explains what she learned on her summer vacation when, accompanying her aunt on a business trip to Italy, she developed a crush on her aunt's Italian business acquaintance — never noticing that he was more than just an acquaintance. After seeing Donatello's David, she asks, "Do you think a person can be changed by experiencing a great work of art?" His reply: "Most people see what they want to see."

That's another truth about death, as is Hellenga's reminder that "in the light of our mortality what's really important is love." That, and finding what makes you happy. Easier said than done? When in doubt, get a dog — or head to Florence.