The Agonizing Collision Of Love And Slavery In 'Thomas Jefferson'

The Agonizing Collision Of Love And Slavery In 'Thomas Jefferson' 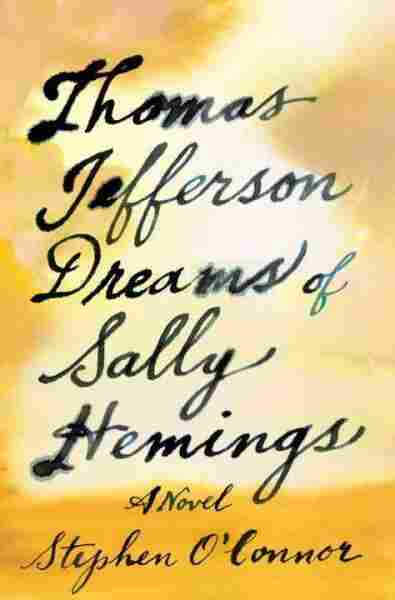 Did Thomas Jefferson dream of his enslaved concubine, Sally Hemings? No one knows. Jefferson himself never wrote a word about his constant companion of almost 40 years. But author Stephen O'Connor gives us a brave and wondrous dream of a novel that renders the fraught subject of their relationship a fascinating, complex and ultimately extremely addictive tale. At the core of O'Connor's Thomas Jefferson Dreams of Sally Hemings lies a conundrum: How could the author of five words that shook the world — all men are created equal — keep his lover enslaved for decades?

Little is known of Hemings, while Jefferson is — after Lincoln — perhaps the most well documented of any figure in American history. She was the daughter of a slave and a Southern planter, the cousin of the two children whom she served at Monticello and who bore a spooky resemblance to their mother, Jefferson's late wife. Begun when she was an adolescent, the affair lasted a lifetime, and despite the liberty-espousing statesman's acute criticism of slavery, he never freed Sally Hemings. Together they produced four living children, who were also born into slavery, but freed upon Jefferson's death — the only slave family so liberated by him.

O'Connor imagines the rich inner lives of Jefferson and Hemings, giving well-grounded depictions of their days at Paris and at Monticello and placing their bond — as he says in an afterword — "somewhere along the spectrum between love and Stockholm syndrome." Though Jefferson was 46 when he bedded 16-year-old, lovely, yellow-silk-clad Sally at his grand hôtel, we see a passion between them. The entire book revolves around the issue of consent — to what degree Sally determines her own fate with her master or whether she's being forced, whether freedom to say no rather than yes could ever be a possibility for an enslaved female, a child at that.

I have often fantasized about meeting the author of the Declaration of Independence, but after reading this novel I would love to know Sally Hemings, the person who fascinated and beguiled him. She is one of history's numberless mystery women, but she comes thoroughly and thrillingly alive in O'Connor's telling. "I want us always to be as we are here," she tells her lover, "where we are only our eyes, our hands, those parts of us made for each other by nature, where our only words are the ones we whisper in the little caves we make between pillow, cheek and lips."

I have often fantasized about meeting the author of the Declaration of Independence, but after reading this novel I would love to know Sally Hemings, the person who fascinated and beguiled him.

This reader suffered acute discomfort that the book's particular romantic partners are master and slave, but history's discomforts have their attractions all the same. Thomas Jefferson gives us a piercingly intimate view of two people's entanglement, one that I totally fell into, wanting only to learn more. These lovers are not cardboard cutouts but deeply, engagingly human.

O'Connor creates a pastiche of approaches, voices and styles that is as complex as his subject. Some of these have a contemporary or fabulist element: Hemings invents a machine that is something like an exploded, elevated train. Jefferson watches a movie in which an actor depicts himself, in a theater attended by James and Dolly Madison. We see Jefferson as a great ape. A sadistic guard watches over a Jefferson-like prisoner. Meditations on the phenomenology of color recur ("The blue of the sky before sunrise makes the earth blue"). Less fancifully, we receive some classroom lectures on statistics — life expectancy, or wages, or even how long a prostitute might live — that enrich the personal stories.

Strip away the history in any historical novel and judge what is left. Stephen O'Connor's comprehensive research provides a scrupulous underpinning for the world of Thomas Jefferson Dreams of Sally Hemings. But more importantly, he succeeds in dramatizing a "joy of such terrific intensity that it is barely distinguishable from sorrow ... out of the simultaneity of two contradictory impressions." The agonizing crashing together of love and slavery: O'Connor has the insight to put them side by side, and the result is searing and even sometimes beautiful.