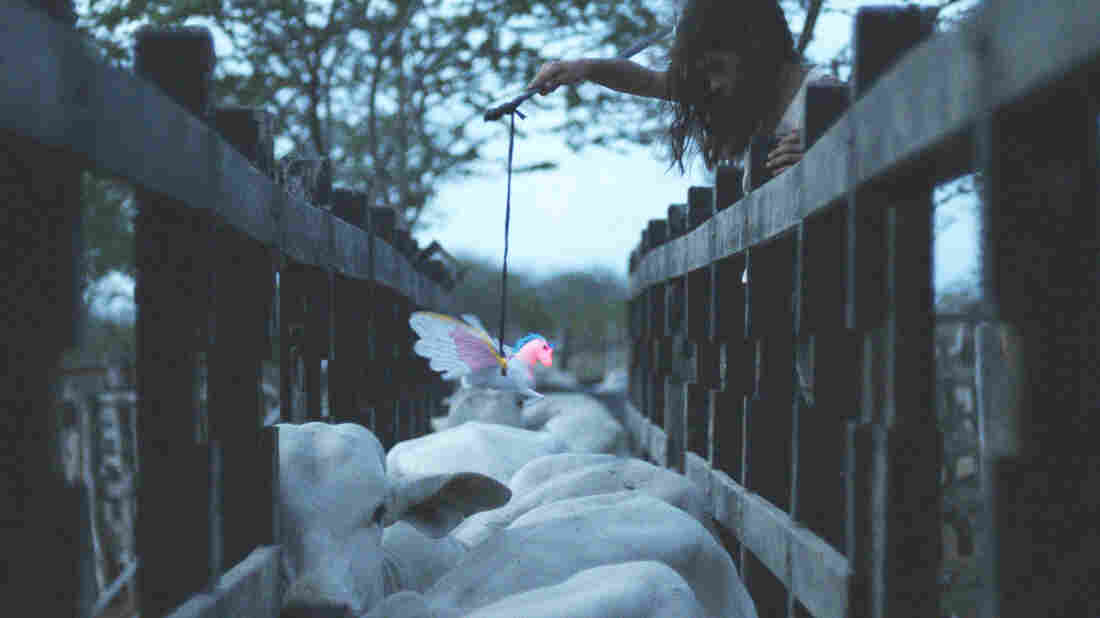 Cacá (played by Alyne Santana) is one of several characters who dreams of a life beyond the vaquejada in Neon Bull. Kino Lorber hide caption 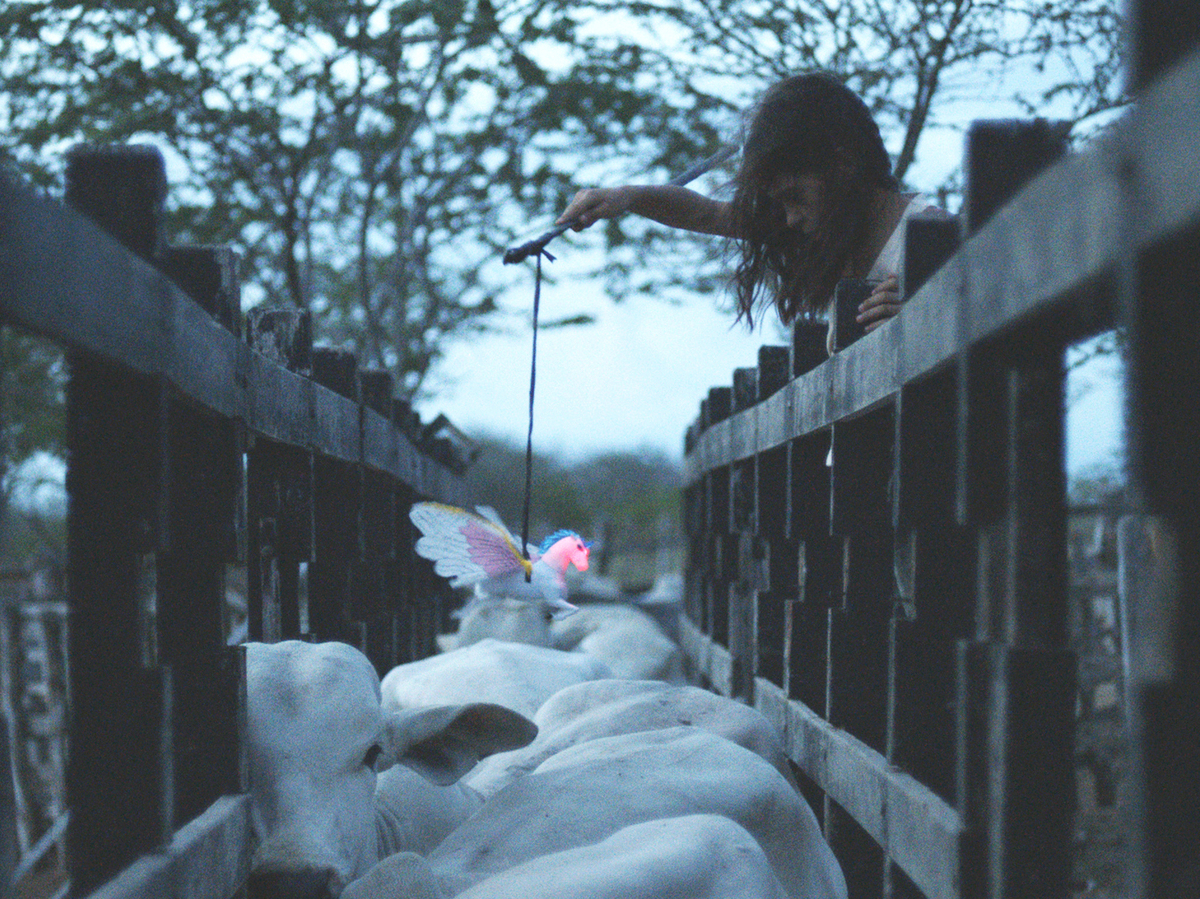 Cacá (played by Alyne Santana) is one of several characters who dreams of a life beyond the vaquejada in Neon Bull.

Brazil has been in the news a lot these days, but not for happy reasons. As it prepares to host the Olympics this August, the economy is tanking, the president is heading toward impeachment and the country has become ground zero for the Zika virus. All this is enough to make one recall Charles de Gaulle's famously dismissive remark, "Brazil is not a serious country."

He was, of course, wrong. Brazil is one of the world's greatest and most exciting cultures, one in which the drama of modernity plays out every single day. This drama is masterfully caught by Neon Bull, a remarkable feature by Gabriel Mascaro that's set amid Brazil's version of rodeo, the vaquejada. Mascaro plops us into a back-country reality most of us have never seen and reveals it to be stranger and dreamier than we might think.

Shot in Northeast Brazil, Neon Bull is a road movie about a vanishing way of life. It follows the itinerant crew looking after the bulls that the cowboys chase on horseback during the show. There's the main character, Iremar, played by Juliano Cazarré, a bull wrangler who dreams of designing women's clothing, but in defiance of stereotypes, isn't gay. There's the foxy truck driver, Galega, who does exotic dancing wearing a horse's head, and her lippy adolescent daughter, Cacá who longs to own a horse. There's chubby Zé, who dreams of food and women, and the vain Júnior, who preeningly irons his shoulder-length tresses.

Mascaro's keen eye captures the nitty-gritty of their existence. We see the feeding, cleaning and shoveling up after the animals; the bouncy truck rides and bantering conversations; the nights spent sleeping in hammocks or having quick and easy hook-ups.

While there's not much plot, Neon Bull is filled with funny bits, be it Galega giving herself a Brazilian wax job in the front seat of her truck when nobody's looking or, in a marvelous set-piece, Iremar and Zé heading off to commit a heist so startling your eyes will pop.

As the team drives from show to show, you may be reminded of Carlos Diegues' 1979 classic Bye Bye Brasil, about an old-fashioned traveling carnival facing a society increasingly dominated by TV. You find a similar collision of cultures in Neon Bull, whose very title contains the contradiction: While neon is the electric expression of commercial modernity, the bull is a metaphor for the raw, untamed animal spirits you find in the rural countryside.

Iremar, Galega and the rest are caught between the neon and the bull. In their daily being — and Mascaro emphasizes the physicality of human bodies — they live akin to the animals they tend, from eating and going to the bathroom outdoors to raw sexual behavior. Iremar's long sex scene with a pregnant security guard clearly echoes the scene we've seen earlier of a randy stallion.

Yet as Iremar and his comrades travel the bleak Northeastern landscape, they stumble across unexpected outposts of capitalist modernity — power plants, fashion malls in the middle of nowhere, even an ugly stretch of wasteland magically transformed by colorful patches of fabric thrown away by a nearby garment factory.

Caught up in the spirit of change, Neon Bull's characters aspire to something grander and more beautiful than what they have, none more so than Iremar, who dreams of buying his own sewing machine and who insists, "I may be a cowboy but I have good taste."

Mascaro honors such aspiration by taking his characters seriously — they aren't deluded or figures of fun — and by filming them with an eye attuned to beauty. After all, just because people are poor, there's no reason they have to be shot poorly.

Late in the film, we're given a poetic little scene that encapsulates all of Neon Bull's hope and melancholy. It's twilight and Cacá is standing on the slats of the cattle pen that holds the white bulls. Over their heads she holds a stick from which dangles a small model of winged Pegasus with a tiny pink light glowing in its head. We sense that this is her fantasy — to have such a horse and fly away to somewhere better. But we also know that this Pegasus is just an inexpensive toy and that she, like Iremar and her mother and Júnior and Zé, may not be able to escape, that for all their brave dreams and struggles, they will remain penned in.