Accessibility links
Before It Was Dangerous, Lead Was The Miracle Metal That We Loved Lead, the "useful metal," was the pride of the Romans. For the last 5,000 years, it was used in products ranging from water pipes and makeup to wine — until we discovered how poisonous it is. 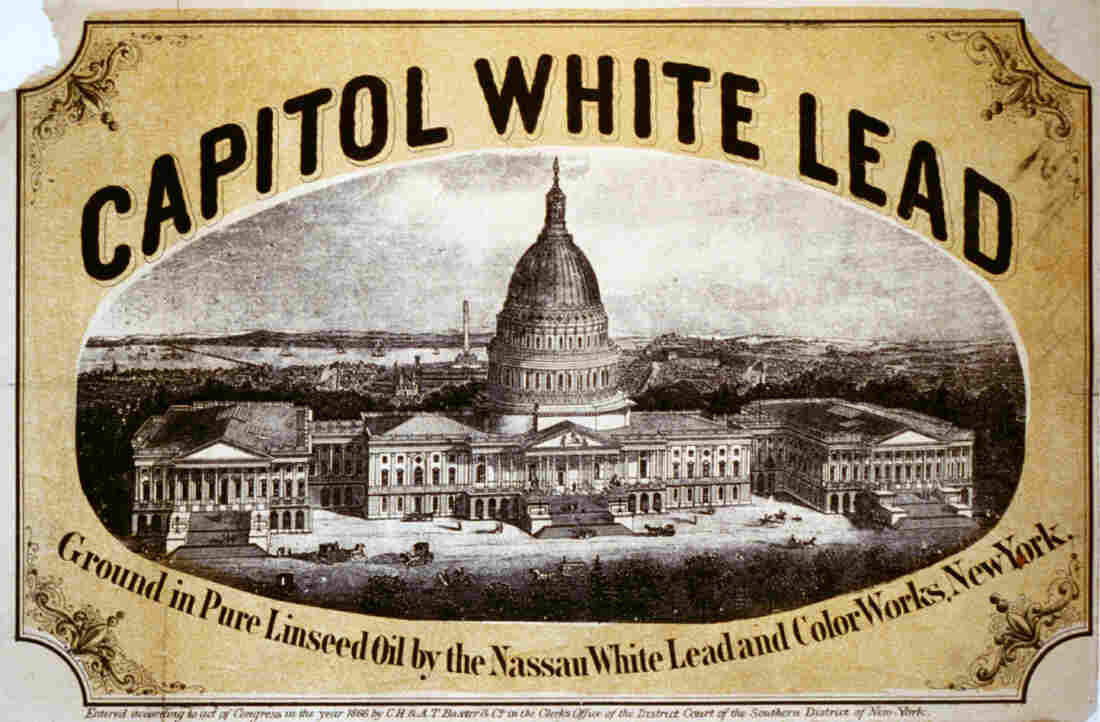 Capitol White Lead paint advertisement from the 1860s. Lead used to be called the "useful metal" that could be added to many products, including paint. C.H. & A.T. Baxter & Co./Library of Congress hide caption 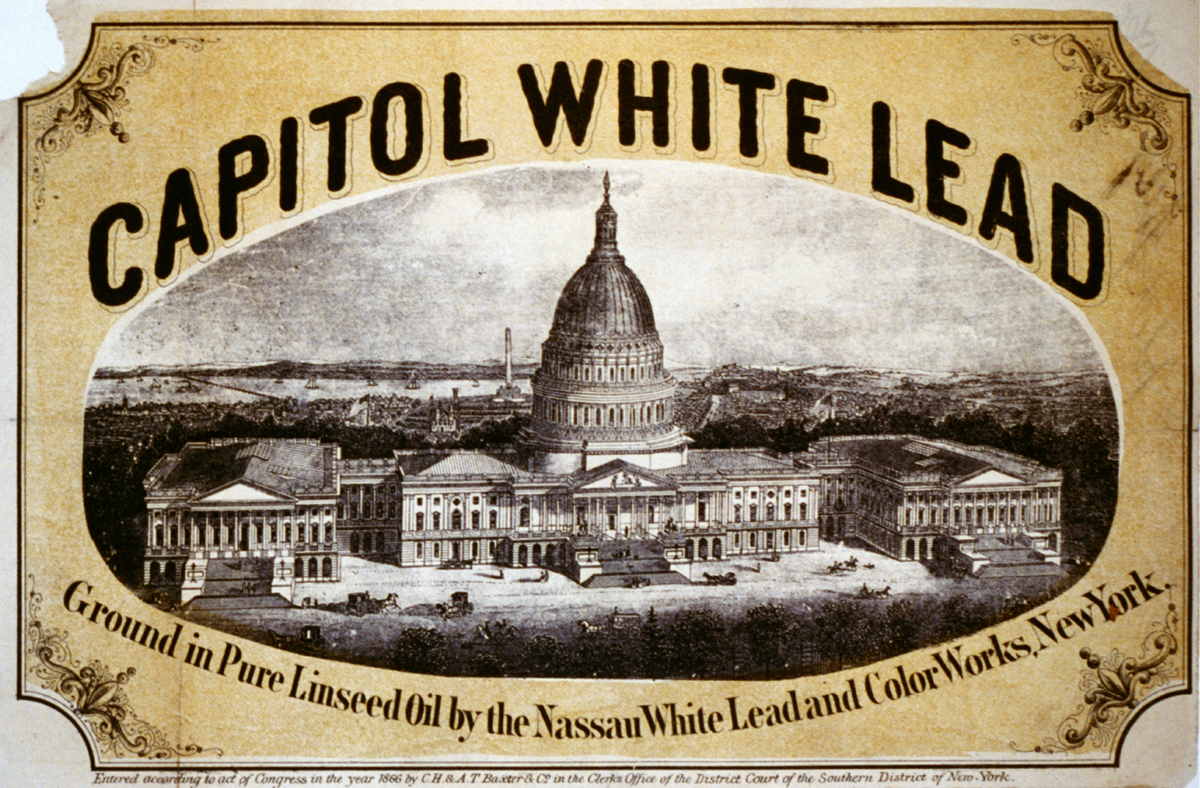 Capitol White Lead paint advertisement from the 1860s. Lead used to be called the "useful metal" that could be added to many products, including paint.

Residents of Flint, Mich., may tell you lead is a serious menace, but for most of the last 5,000 years, people saw lead as a miracle metal at the forefront of technology.

"You can think about lead as kind of the plastic of the ancient world," says Joseph Heppert, a professor of chemistry at the University of Kansas. He says it was because lead is easy to melt — a campfire alone can do it. Unlike iron, lead is malleable.

"Once you form it into sheets you can do things that people had really never been able to do before with a metal," he says. "You can roll it into tubes, for example."

It started with the Romans, who plumbed their famous baths with lead water pipes and lined aqueducts with lead. They called lead plumbum, which was where the word "plumbing" came from. Romans added lead into things ranging from makeup and contraception to cookware.

Chris Warren, a professor of history at Brooklyn College, says Romans even sweetened their ­food with lead.

"Sugar of lead, as they call it, was used as a direct additive, but also used in winemaking to control fermentation," Warren says.

After the fall of Rome, alchemists and inventors found new uses for lead, like printing.

Johannes Gutenberg used movable lead type in his revolutionary machine. Three hundred years later, Benjamin Franklin was still using it to warn about lead-tainted liquor. By the Industrial Revolution, lead was a well-known killer. But it was just so handy.

The lead industry liked to call lead "the useful metal." It was adaptable to just about any commercial purpose, including mass-produced lead plumbing, lead alloys and beautiful leaded glass.

Heppert says it also did wonders for gasoline.

"Tetraethyl lead was kind of a miracle substance," Heppert says.

Then, there was lead paint. Americans came to grips with its toxicity to children in the late 1960s.

Regulators in the United States banned the use of leaded house paint in 1978 and phased out leaded gas by the mid-'90s.

Lead Still As Popular As Ever

But America — or the world — is not using any less lead. In fact, lead holds the power that starts just about every car, bus, motorbike and boat.

"About 90 percent of lead is today is used in lead batteries; about three-quarters of that is actually used in vehicles," says Andy Bush, managing director of the International Lead Association in London.

Lead is treated much more carefully these days compared with in the past. In the United States, lead is sequestered, a process strictly enforced in places like EnerSys, a lead battery plant in Warrensburg, Mo. 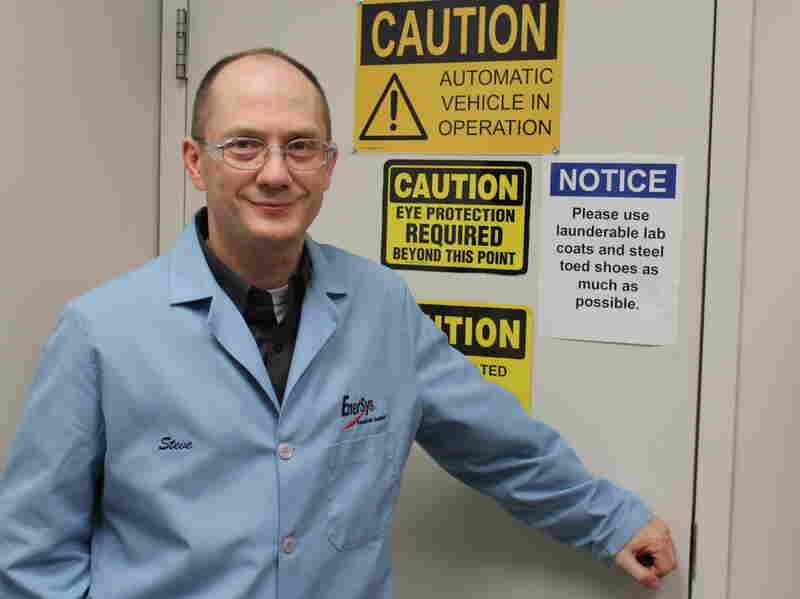 Steven Jones, plant manager at EnerSys in Warrensburg, Mo., stands in the "transition room" where there is no lead before stepping onto the factory floor. EnerSys manufactures lead batteries. Frank Morris/KCUR hide caption 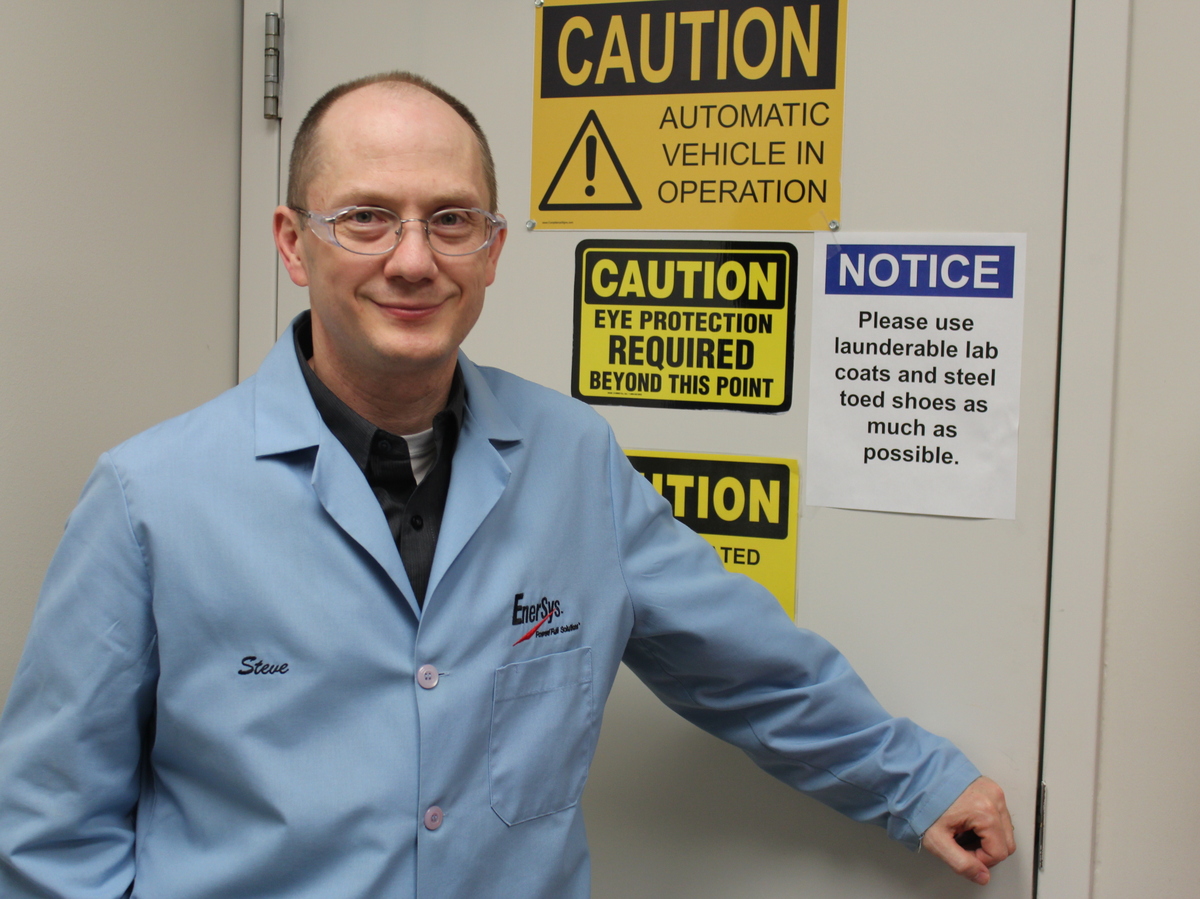 Steven Jones, plant manager at EnerSys in Warrensburg, Mo., stands in the "transition room" where there is no lead before stepping onto the factory floor. EnerSys manufactures lead batteries.

Inside the plant, the smell is bracing and acidic. A few of the workers wear respirators. In one section, yellow robots bend and twist, building batteries with freaky speed and precision.

"It's a technological ballet. Through this level of automation, we're providing a cleaner environment for our operators and again, providing a safer environment," says Steven Jones, plant manager at EnerSys.

"What keeps me awake? Nothin'. We have such good protocols in place there's not very much that I have to worry about at night," Bressler says.

American blood lead levels have plummeted more than 90 percent in recent decades. In the late '70s, almost 9 out of 10 American children were walking around with high lead levels. By 2008, it was closer to 1 in 100.

While lead still poses an insidious threat — especially to water supplies — its current uses are less likely to hurt people.