Searching For Home, Living For Art In 'All Tomorrow's Parties'

Searching For Home, Living For Art In 'All Tomorrow's Parties' 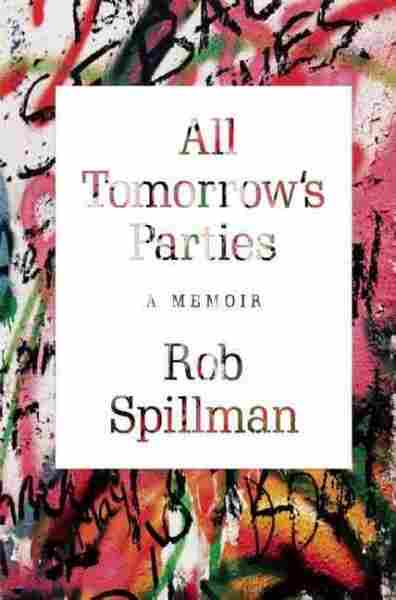 The best thing about Rob Spillman's new memoir, All Tomorrow's Parties, is that it taught me a new word. A word that I've needed for a long time, that describes and encompasses a certain feeling that I've had a thousand times — but which has no simple, concise description in English. The word is, of course, German: sehnsucht.

"One of those wonderfully untranslatable words that combines longing and nostalgia for a home that one doesn't even know is one's home," Spillman explains, and I was thankful, right there on Page 11, because a new word is a rare and precious gift. A perfect word rarer still.

Sehnsucht. It's got such layers of meaning. Such freight. It implies longing, heartache, a certain kind of magical thinking — to claim a place that's not yours to claim. It's the first thing I liked about All Tomorrow's Parties and, by the end, remained the thing I liked the best.

Spillman's entire memoir is about sehnsucht writ large and small — the tale of a boy in West Berlin and Baltimore and Rochester and Lynchburg and Aspen lurching his way into manhood; of a man in Portugal and Germany and New York trying to become an adult. An artist. Both, or something in between. In both cases, it is the story of Rob Spillman trying to find his place and a dissection of his own personal sehnsucht. His search for a home that maybe (likely, probably) no longer exists.

It advances on two fronts, offering up the parallel stories of young Spillman pinballing for years between his divorced musician parents' lives in a succession of cities, and slightly older Spillman on a vacation in Europe with his wife, Elissa, and their friend Hank that becomes a semi-permanent life in Spain and East Berlin (the other half of the split city of his youth) in the months between the collapse of the Wall and reunification. And it's a trick (that split narrative) he pulls off with an easy sort of aplomb because, these days, he's got a lifetime of words already put behind him (as a journalist, critic, sportswriter and, currently, book and magazine editor at Tin House). But in the moment? He was just some guy — an opera nerd, a post-Beat wanderer with absinthe on his breath, an irresponsible screw-up who couldn't hit a deadline from two feet away.

If you can transmute long passages about the importance of living like an artist into a kind of pleasant humming noise in your brain without it tripping all your rage switches — the ride is still very much worth it.

He's not a stylist, but has a plain and conversational voice. I like that. The this guy/that guy chapters are short, punchy and focused, and I like that, too. They twine around each other in their motif of rambling attempts at finding and living an authentically artistic life; of chasing after kicks and girls and beers and music (so, so much music) as young Spillman comes of age in the cloistered world of his father's opera productions, his mother's classical music, his classmates' rock-and-roll and, finally, the blossoming of the punk and New Wave scene that stain the later chapters with all the blood and smoke you'd expect.

Spillman is a drinker, but not a drunk. Has his dance with drugs, but isn't a junkie. His East Berlin chapters should be read like a primer for anyone wanting to write lived-in dystopic fiction because he brings to aching, dirty life the madness of living day-to-day in a place frosted with smashed glass, fueled by underground raves and policed only by riot cops. He almost dies a few times (mostly in cars, occasionally because of extraordinary idiocy), but seems to relish the adrenaline charge of it, the closeness of oblivion.

And yet that's part of what I hated about the thing, too. Throughout — from page 1 to page 300-something — both young and not-so-young Spillman is concerned, primarily, with living this mythical, authentically artistic life. With collecting experiences which, somehow, will transform him into a Berliner, a New Yorker, a writer, an artist. And hearing him go on about it? Well, it's kinda like being stuck at a bad party with someone who can't stop talking about their semester in Paris. Or knowing a poet who owns 200 berets but no typewriter.

But if you can inoculate yourself against this engorged sense of self-importance going in — if you can transmute long passages about the importance of living like an artist into a kind of pleasant humming noise in your brain without it tripping all your rage switches — the ride is still very much worth it. Because the sehnsucht really is so sweet and stinging that All Tomorrow's Parties becomes, by its rapidly cycling final third, a kind of meditation on place and placelessness, and the thrilling, dangerous, necessary place that both art and the artist occupy in the world.

Even (or maybe especially) when that world is not their own.