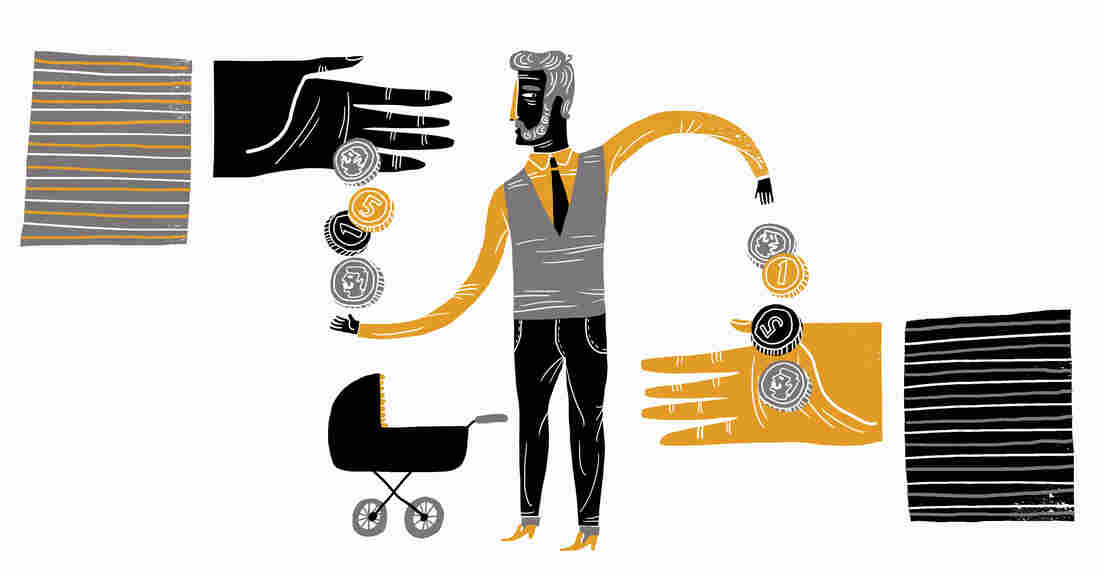 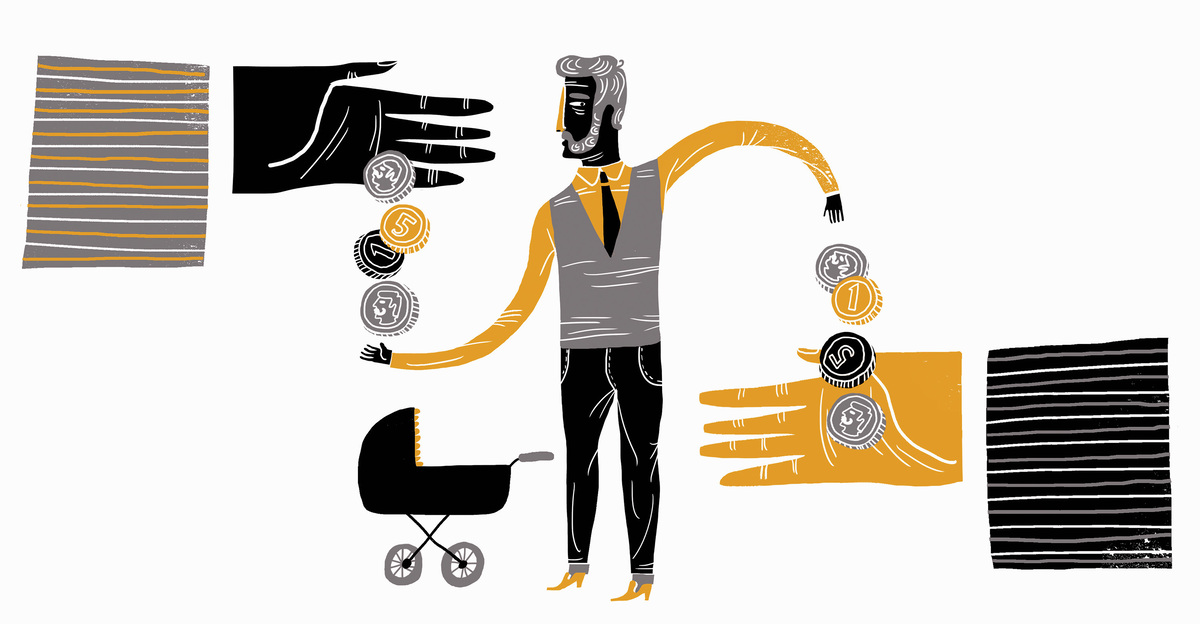 For nontraditional families, the tax code can be especially confusing.

The TV and a cellphone are playing videos, as Trevor Franklin tries to quiet a brood of kids in the living room of the apartment he shares with his fiancée in southeast Washington, D.C.

"TJ is mine, and Malik and Morgan are my stepkids," Franklin says. A 14-year-old stepdaughter is on her way home from school, and his pregnant fiancée is on bed rest with a fifth child.

The Census Bureau says about 41 percent of children are born to mothers who aren't married, about five times the rate in the 1940s. But they aren't all single parents. A growing percentage of babies born out of wedlock have parents who live together.

In other words, more families, including Franklin's, don't fit the traditional structure of family, of two married parents and biological children. Yet the tax system still uses that structure as its baseline, making it harder for an increasing number of families to know how to properly file their taxes.

"Every year up until now, we've been fine doing our taxes," says Franklin, who works in a warehouse. But this year, the IRS rejected both his and his fiancée's returns. He says it could be because they aren't married, don't share a last name, or because the kids have different fathers.

"It is hard for a blended family when you're not married as of yet, to try to claim taxes and get the money for supporting your kids over the year," he says. After receiving notice they would be audited, he's spent 10 to 12 hours at tax clinics trying to refile.

This time, they will divvy up the children; he will file for their child together, and she will claim hers from a previous relationship instead of him claiming all of them as he had in the past. And, Franklin says, this year they plan to get married, in part to make filing easier.

Franklin's troubles are fairly typical, says Elaine Maag, a researcher at the Tax Policy Center at the Urban Institute. "Taxes for families can be complicated because their lives are complicated as well," she says.

It's been a real challenge for Congress, for the IRS and for the taxpayers who claim these benefits to sort through the rules for claiming tax benefits for children.

But getting returns right is significant, she says, especially for lower-income families.

Tax benefits for people with children take a number of forms: Through a simple exemption, a $1,000 child credit or, for unmarried parents, filing as a head of household. In addition, there's the earned income tax credit, which also increases with the number of dependents.

IRS And Cybercriminals Step Up Spy Vs. Spy Efforts. Who's Winning?

Part of the confusion stems from the fact that each tax benefit can have different rules and qualifications, says Alan Viard, a resident scholar who studies the tax system at the American Enterprise Institute. Plus, some of the tax code's benefits are tied to who financially supports the children. Some are linked to where the children live most of the time.

"It's been a real challenge for Congress, for the IRS and for the taxpayers who claim these benefits to sort through the rules for claiming tax benefits for children," Viard says.

And because the error rates are high on the earned income tax credit, audit rates are also higher.

"Those improper payments may not be any type of deliberate wrongdoing but simply reflect taxpayers struggling to deal with a complicated sense of rules," he says.

There isn't an easy solution to the problem, he says. And with demographics continuing to shift away from traditional families, the complexity is only likely to grow.