Accessibility links
Review: Sam Beam & Jesca Hoop, 'Love Letter For Fire' With the help of producer Tucker Martine and a smart, subtle band, Hoop and Beam achieve a fine balance — of songwriting sensibilities and of time in the spotlight. 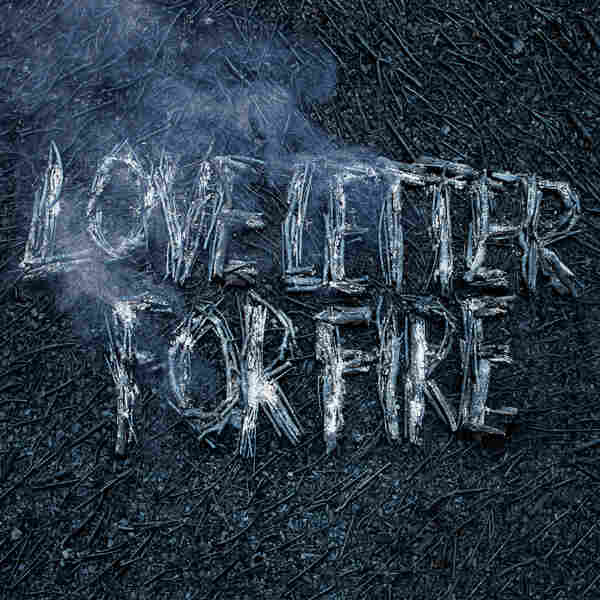 It's been 15 years since Sam Beam released his first collection of whispery, low-definition solo recordings, recorded at home under the name Iron & Wine. Back then, it would have been difficult to imagine how many directions Beam's music would travel: Iron & Wine's records have evolved into lavish exercises in horn-laden Technicolor sprawl, while Beam has most recently set aside time for album-length collaborations with Band Of Horses' Ben Bridwell and now singer-songwriter Jesca Hoop.

Hoop, who's long deserved more attention, proves an excellent foil for Beam's lived-in warmth: Her versatile voice is equally suited to lilting harmonies and the more distinct and esoteric lead work she puts into "Chalk It Up To Chi." That's one of the 13 songs on Love Letter For Fire, on which the two singers stretch and prod at the boundaries of what they usually do. Take "Welcome To Feeling," which opens the album with 60 seconds of perfectly packed vocal harmonies and strings: It's an all-too-brief sketch with a painting's worth of flourishes.

Love Letter For Fire was, at least in part, inspired by the pair's desire to make songs that function as conversations rather than soliloquies, and their work backs that up. In the gorgeous "Every Songbird Says," Hoop and Beam trade bits of the lyric rapidly, occasionally blending their voices as they build to a cooing earworm of a chorus. With the help of producer Tucker Martine and a smart, subtle band, the two achieve a fine balance — of songwriting sensibilities, of time in the spotlight — in the service of songs that feel at once fresh and timeless.