Accessibility links
A Radiologist And Poet Explains How He Sees The World In Patterns Amit Majmudar, Ohio's first Poet Laureate, spends his days looking for abnormalities in X-rays, CT scans and PET scans. He's given his latest poetry collection a provocative name: Dothead. 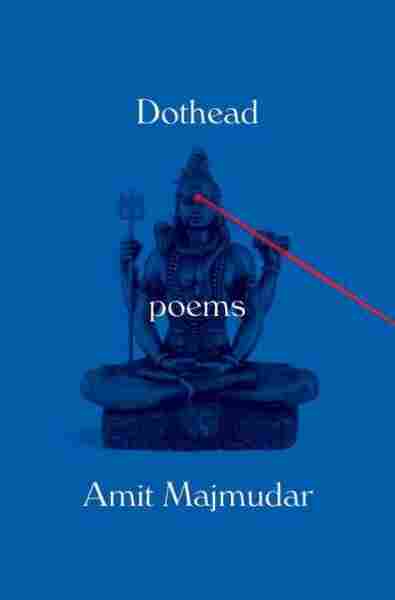 Growing up in both India and the U.S., Amit Majmudar wasn't entirely sure where he belonged — until he found the library. "I became a citizen of the library," he tells NPR's Renee Montagne. "And to this day, I feel at ease only in a crowd of books. In some ways, I feel like I am a book, to be honest with you."

Majmudar straddles professional worlds as well — in addition to being Ohio's first ever Poet Laureate, he's also a radiologist. "Everybody" in his family is a doctor, he says. "I had to keep up with the Majmudars. ... It was just the family profession. I think that if they owned a restaurant, I would've taken over the restaurant. If they'd been lawyers, I'd be a lawyer right now."

Majmudar's newest collection of poetry is called Dothead. He talks with Montagne about the way he approaches poetry and medicine, and why he chose to make the title of his book an ethnic slur.

On naming his book Dothead

If you look at racial slurs like this, there is a way to retake it. The "n-word" for example — rappers have taken that word back. It's still off-limits to those outside of the circle but internally it's something that they call each other. And in this way, you kind of take it back from the people who use it against you.

"Dothead" actually relates to something very beautiful and eloquent related to Hindu symbolism. And for me, the dot on the head is something I associate with my mom. My wife wears one every once in a while when we go to an Indian wedding or something like that. And above all, it has this religious meaning for me. So I wanted to take it back, and I wanted to make a poem out of it. 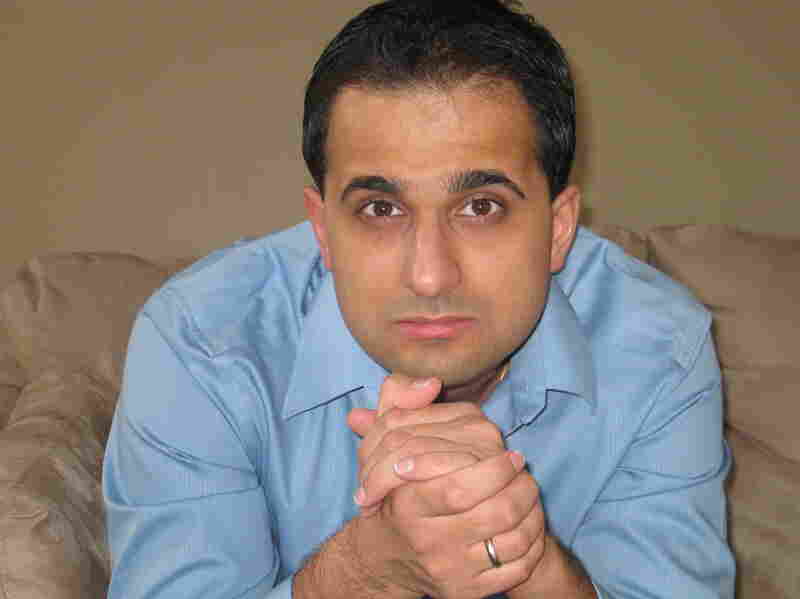 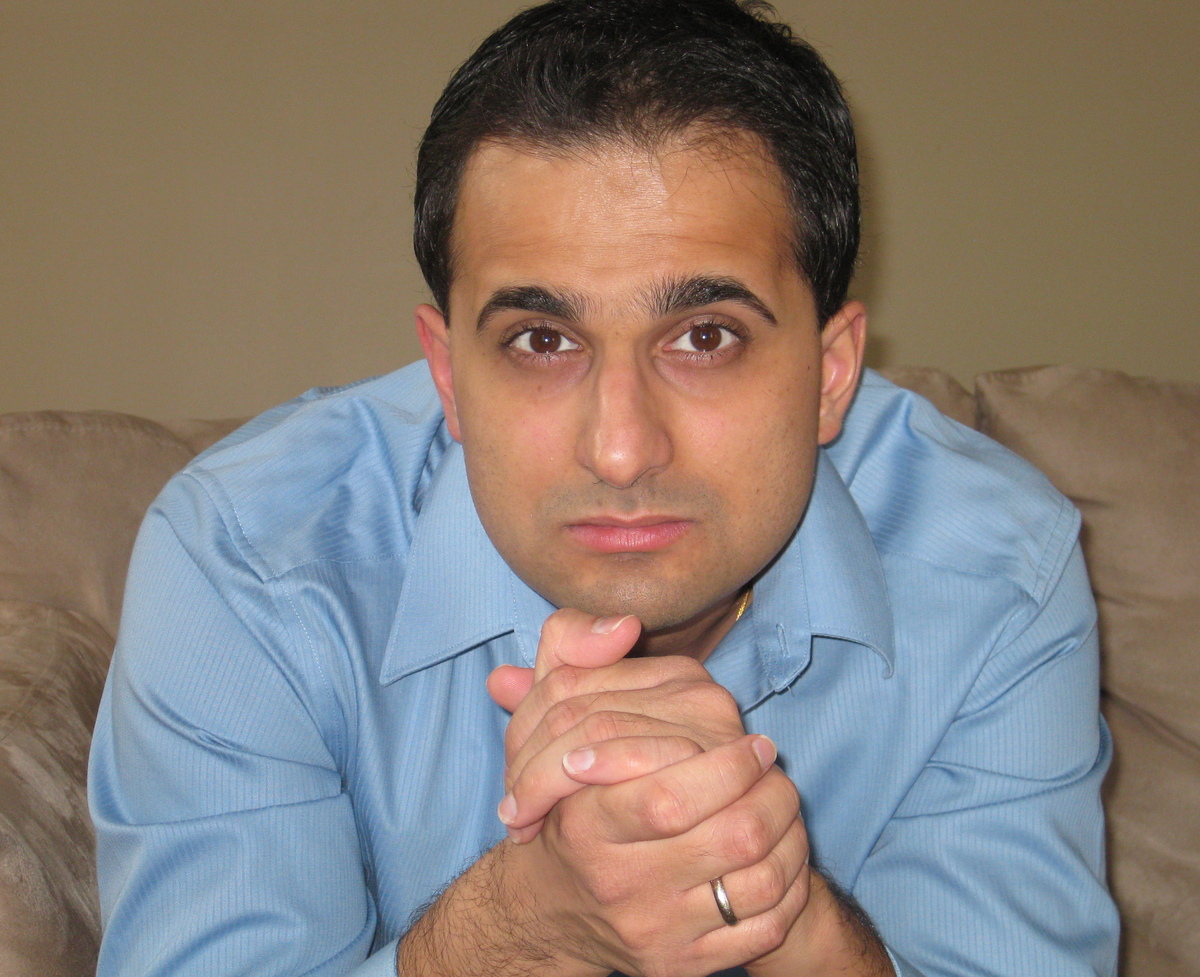 Amit Majmudar is a novelist, poet and diagnostic nuclear radiologist.

Naturally they're going to teach the most interesting things. And "interesting" meaning the most barbaric customs of the past. And when a bunch of high school aged kids are taught about widow burning and the caste system and all those things, it's hard to make them realize that it doesn't mean anything to me, and it's not what makes me Indian, and it doesn't have anything to do with my Indianess or my Hinduism. And I think that was part of the problem, for me. The sense that I was being associated with things that didn't really matter to my experience of my religion and my experience of my parents' culture.

[Majmudar's poem "Dothead" describes this experience. You can read and hear it below.]

On finding patterns in language and medicine

You know, it all has to do with pattern. For me, poetry is pattern speech. And at work, as a radiologist, what I'm doing is looking at X-rays, CT scans, PET scans, those all have a certain pattern of normal anatomy. And whether it's stroke, cancer, trauma, those things disrupt the pattern. ... And so what I do is I recognize the patterns of disease. And when I go home and write my poems, I'm basically creating patterns in language. For me, it has this mathematical, musical aspect to it that quickens it into poetry.

On how his family reacted to his becoming Ohio's Poet Laureate

They're over the moon about it. And they are not necessarily poetry readers, but they love my poetry. And I'm so happy that they're happy about it. They know that I've been doing this since I was 11 or 12 in obscurity with no hope, really. I never really had any hope that I would end up getting a book published or becoming laureate or anything like that.

So, for them, they've seen the whole arch, holed up in my bedroom when I was a little kid just trying to rhyme, trying to figure out how to write poems. And they're seeing it all come to fruition now.

Well yes, I said, my mother wears a dot.
I know they said "third eye" in class, but it's not
an eye eye, not like that. It's not some freak
third eye that opens on your forehead like
on some Chernobyl baby. What it means
is, what it's showing is, there's this unseen
eye, on the inside. And she's marking it.
It's how the X that says where treasure's at
is not the treasure, but as good as treasure.—
All right. What I said wasn't half so measured.
In fact, I didn't say a thing. Their laughter
had made my mouth go dry. Lunch was after
World History; that week was India—myths,
caste system, suttee, all the Greatest Hits.
The white kids I was sitting with were friends,
at least as I defined a friend back then.
So wait, said Nick, does your mom wear a dot?
I nodded, and I caught a smirk on Todd—
She wear it to the shower? And to bed?—
while Jesse sucked his chocolate milk and Brad
was getting ready for another stab.
I said, Hand me that ketchup packet there.
And Nick said, What? I snatched it, twitched the tear,
and squeezed a dollop on my thumb and worked
circles till the red planet entered the house of war
and on my forehead for the world to see
my third eye burned those schoolboys in their seats,
their flesh in little puddles underneath,
pale pools where Nataraja cooled his feet.