Listen to Sanders' attack on Clinton in Philadelphia 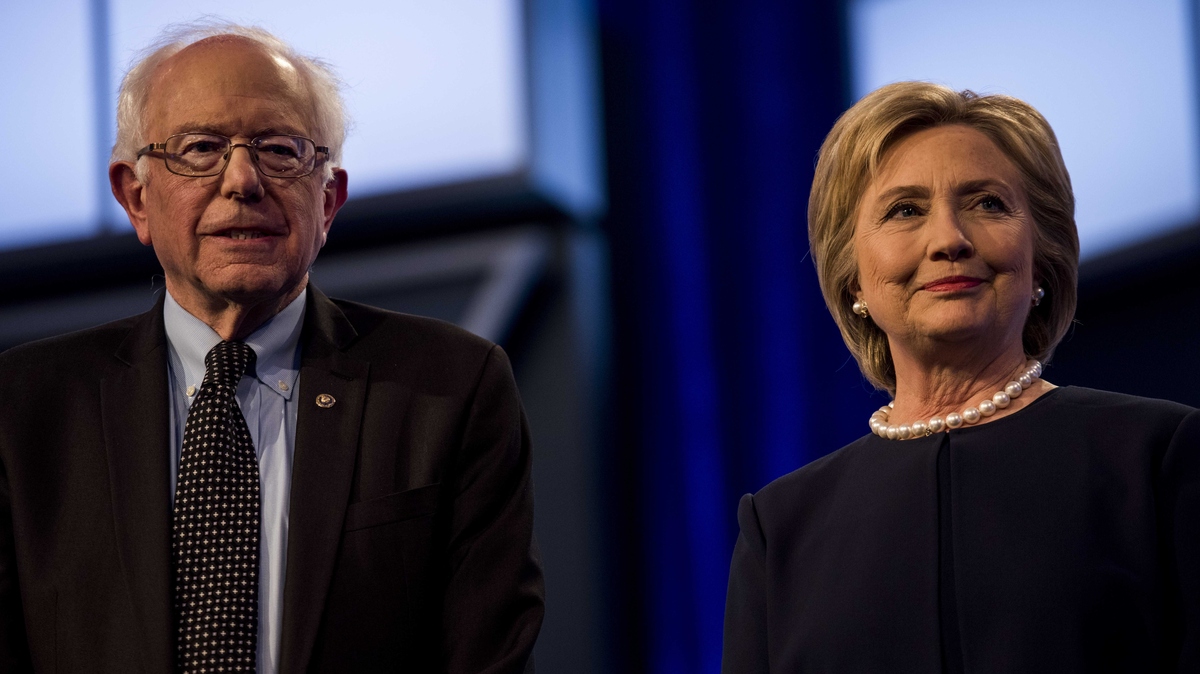 The race for the Democratic nomination had been fairly polite compared with the spouse-sparring and name-calling across the aisle, but it looks like those polite days are over.

Ahead of the New York primary (April 19), Bernie Sanders and Hillary Clinton are doubling down on jabs over who is more "qualified" to be president.

Listen to Sanders' attack on Clinton in Philadelphia

In New York City on Thursday morning, Clinton was asked whether she's still "proud" of the Democratic race given the back and forth earlier this week. She responded that she's going to "keep talking about the issues" and "keep drawing contrasts, because that's what elections are about."

She then hit at Sanders' qualifications, though without using that "q" word: "I think it is important to tell people what you're going to do for them and how you can get it done — how you can produce results that will make a positive difference in people's lives. ... It's all about rolling up our sleeves and getting to work. Don't make promises you can't keep, know what you want to achieve, and then bring everybody together to get the results."

Sanders, speaking in Philadelphia on Thursday morning, said, "If you want to question my qualifications, let me suggest this: that maybe the American people might wonder about your qualifications, Secretary," when it comes to the war in Iraq, trade agreements and fundraising from Wall Street. "Are you qualified to be president of the United States when you're raising millions of dollars from Wall Street?"

Sanders added that if the Clinton campaign is "going to go after us in some kind of really unthoughtful way, [thinking] that we're not going to fight back, they can think again. This campaign will fight back."

It all began when Hillary Clinton implied Sanders was not ready to be president in an interview on MSNBC's Morning Joe the day after the Wisconsin primary.

She pointed to a recent interview Sanders gave the New York Daily News editorial board in which he appeared to stumble over some answers about breaking up big banks.

"I think he hadn't done his homework, and he'd been talking for more than a year about doing things that he obviously hadn't really studied or understood, and that does raise a lot of questions," Clinton said of Sanders.

She was directly asked whether Sanders is "qualified" to be president, and she hedged.

"I think that what he has been saying about the core issue in his whole campaign doesn't seem to be rooted in an understanding of either the law or the practical ways you get something done," Clinton said.

She also questioned the independent senator from Vermont's loyalty to the Democratic party.

"I think he himself doesn't consider himself to be a Democrat, and, you know, look, he's raised a lot of important issues that the Democratic Party agrees with, income inequality, first and foremost, but it's up to the Democratic primary voters to make that assessment," said Clinton. "I've been in the trenches for a long time, and I believe in electing Democrats up and down the ticket."

Then, Wednesday night, in a rally in Pennsylvania (which holds its primary April 26), Sanders responded with harsh words.

"Secretary Clinton appears to be getting a little bit nervous," Sanders told a crowd of thousands at Temple University in Philadelphia. "She has been saying lately that she thinks that I am, quote-unquote, not qualified to be president. Well, let me just say in response to Secretary Clinton, I don't believe that she is qualified if she is, through her superPAC, taking tens of millions of dollars in special interest funds."

Hillary Clinton did not say Bernie Sanders was 'not qualified.' But he has now - absurdly - said it about her. This is a new low.

The Sanders campaign then doubled down on that message, sending out a press release that reiterated the reasons why "Clinton isn't qualified to be in the White House."

Clinton's press secretary pointed out that Clinton never said Sanders was "not qualified."

And, by the end of that night, Clinton's campaign had already begun sending out fundraising emails to capitalize on the the latest twist in the Democratic race.