Accessibility links
Samantha Bee On 'Full Frontal,' Feminism And The Freedom Of Her 40s Since leaving The Daily Show, Bee has been busy with two new TBS shows. "I knew that there was something else that I wanted to do," she says. "It's very good for me to be creating my own thing." 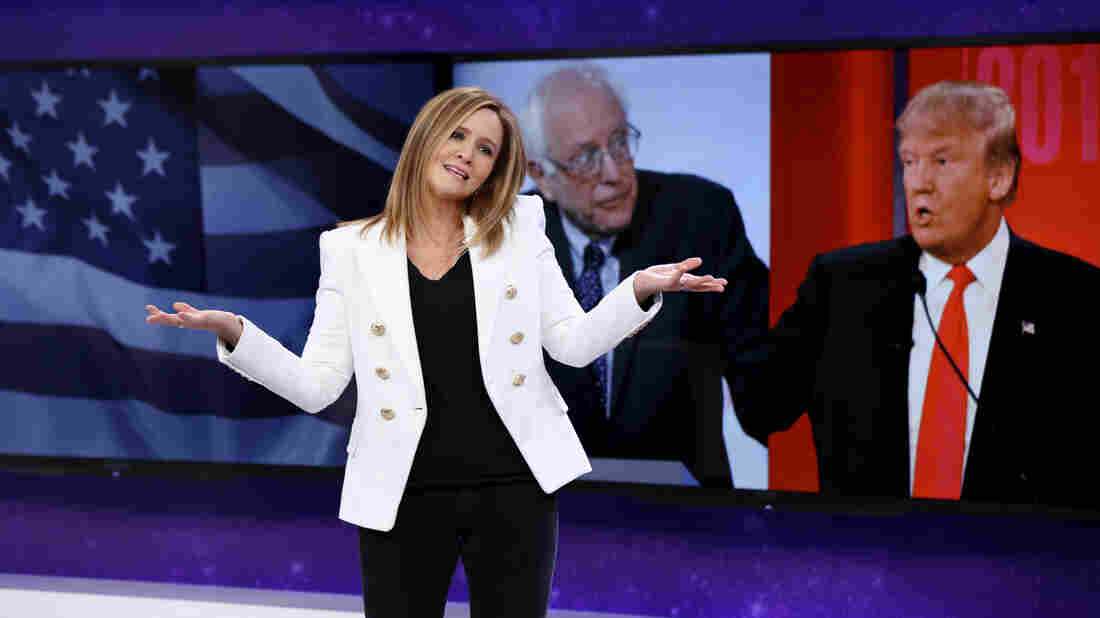 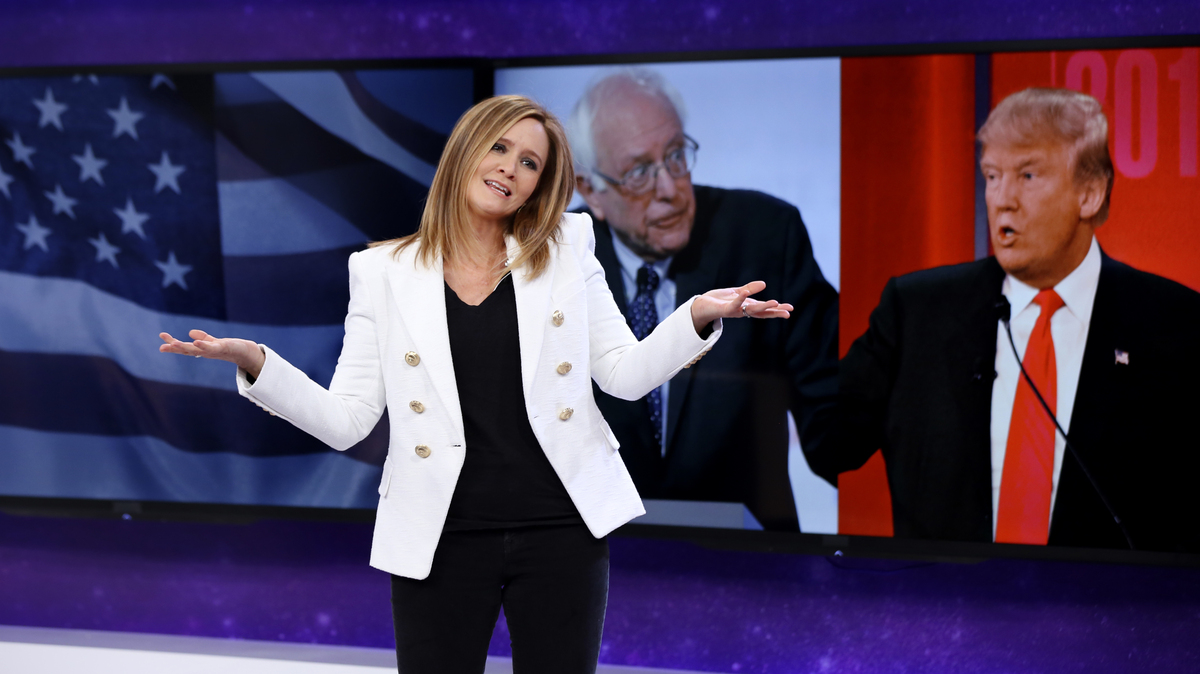 At 46, former Daily Show correspondent Samantha Bee says she's not very concerned with what people think of her.

"Being in my late 40s has been absolutely freeing and liberating for me," Bee tells Fresh Air's Terry Gross. "I'm a married woman with kids. I'm a professional. People just can't [put me] in a tiny box that makes sense to them, so now I just don't care that much what people think of me ... and now I do my own thing."

Bee, who left The Daily Show after more than a decade last April, now works on two TBS shows: She hosts Full Frontal, a late-night political satire show that puts a feminist perspective on the news, and she is also an executive producer, co-creator and writer for The Detour, a comedy series starring her husband, former Daily Show correspondent Jason Jones.

Bee says she feels "very lucky" to have worked on The Daily Show for as long as she did, but adds that she is also excited to be putting together a show from scratch. "I knew that there was something else that I wanted to do," she says. "It's very good for me to be creating my own thing."

On finding stories to cover on Full Frontal

We have an incredible research team, and we have great writers and just really motivated, passionate people, so we're always looking to the cracks and crevices to find something we can talk about, and it's not hard, believe me.

I'm pretty good at doing all my family stuff in the morning, and then the kids go off to school, and then I run to work and work in a really concentrated, really, really focused way, and then I run home from work, and then I just do kid chores and make dinners and do all of that normal stuff. So their routine hasn't really changed from the way that we're working. Their personal routines haven't changed too much.

What has changed is that they see our posters in the street, but it still doesn't impress them — which is great. All is as it should be. They still think that we're loser parents. I think that's the natural order, and we intend to keep it that way.

On how she developed her feminist worldview

My mother's a feminist. ... I think that I was steeped in feminism from an early age. It's just in my DNA. It's not something we ever really talked about that much or congratulated each other for. It just is part of who I am. I think it's part of who my daughters are. ...

I also watched female comedians killing it on television every day, because I grew up in the '70s when you watched TV when you ate dinner. TV was your best friend and your baby sitter, but I would sit and watch The Carol Burnett Show, I Love Lucy, SCTV [Second City TV], Catherine O'Hara, Andrea Martin — there was no shortage of strong female performers making their way in comedy.

My mother had strong opinions of things. My grandmother — my grandfather left her for another woman when I was a little girl, so she was making her way, she worked when nobody else was working. My great-grandmother had gotten a divorce in the 1920s and made her way through the world on her own, so it's just part of my family.

He was very willing to talk to us. He's passionate about the issue that he's passionate about. We happen to disagree so strenuously with one another, but he really wanted an opportunity to say his piece. I think we gave him that opportunity. It's funny, because I feel like people always ask us, "Why would these people ever agree to be on your show?"

All they really want to do is express their point of view, so he knew on some level that we were going to make jokes and that we were absolutely going to disagree, and we did, and it was fine. We both walked into the situation with clear heads, and we walked out in a friendly manner. It wasn't actually a really tense situation at all, we just literally completely disagree about abortion. We disagree on the facts of abortion, actually.

People say horrible things online, so we thought, "Why don't we just collect all of those in one place and then we can use them for comedy in the future?" So I think I talked about it maybe on Seth Meyers for the first time, and then mostly people just called because they were curious if it was a place that really existed, but we do occasionally get an interesting voicemail or two. Most of the hatred kind of pours out on Facebook and in social media. ...

We get a fair amount of anger and vitriol. Everybody does — I mean, when you're a public figure, you just get it, no matter what. I think that I get a lot more just pure hatred, not that many rape threats, because I'm 46. Usually people reserve their rape threats for younger women. It's sickening to even talk about.

I was not surprised, and also I didn't really care. ... [Stewart] announced that he was leaving, [and] a few days after that they picked up The Detour, and then they offered me my own show, so everything kind of happened all at once, which was very lucky, because there was a feeling of panic or tension — there's always a moment where if you've done a job for 12 years you think, "Oh, my God, what now?" But it's lucky in entertainment to have a job for 12 years.

I've learned how to say no. I'm very good at saying "no" now, but that's a function of my age, too, because I'm 46 now and I'm in my IDGAF years. Everyone can Google that; I won't say it out loud.

I think, and I'm hearing that, that feeling only gets better with age. I look forward to it. I don't know what I'm going to be when I'm 80 — I'm going to be nude on a beach DJ-ing in Ibiza.