Accessibility links
An Ancient Route Rolls On: Questions For Peter Frankopan, Author Of 'The Silk Roads' It's been centuries since camel caravans crisscrossed Eurasia along the Silk Roads. Now historian Peter Frankopan's new book puts the fabled roads at the center of a new view of world history.

An Ancient Route Rolls On: Questions For Author Of 'The Silk Roads'

An Ancient Route Rolls On: Questions For Author Of 'The Silk Roads' 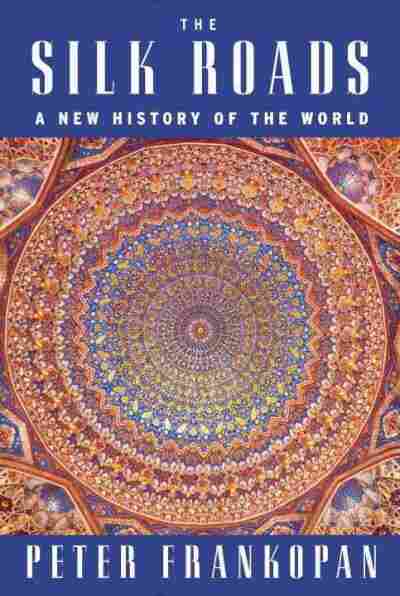 A New History of the World

The very mention of the Silk Roads creates an instant image: camel caravans trudging through the high plains and deserts of central Asia, carrying silks, spices and philosophies to Europe and the larger Mediterranean. And while these ancient routes may remain embedded in our imagination, they have, over the past few centuries, slowly faded in importance. The region today is home to despotic regimes, failing states and endless conflict. But historian Peter Frankopan thinks that the Silk Roads "are rising again."

In his new book, The Silk Roads, Frankopan has created something that forces us to sit up and reconsider the world and the way we've always thought about it. Western scholarship, he argues, has long ignored the routes linking Europe to the Pacific, the areas he calls "the axis on which the globe spun." So he has chosen to focus firmly on the Silk Roads, for what he calls "a new history of the world."

The book takes us by surprise right from the start: It begins not with the Greeks or the Romans, but with the Persian Empire — Frankopan writes that the Greeks and Romans, when they thought to expand, moved east toward the riches of Persia, rather than north or west into Europe. In an email conversation, Frankopan tells me that he wanted to explore exchange between the East and the West of everything from ideas and beliefs to food and fashion. "Incidentally, it's not just luxury goods that I track — silks, textiles, spices, ceramics and slaves — but violence and disease, too," he says. "For example, the pathways followed by the Mongols and the Black Death were identical."

As you worked on this book, what struck you as the most important contributions the Silk Roads made to world history?

One thing that I was particularly interested in is the spread of faith along the Silk Roads. All the great global religions — Judaism, Christianity, Islam, Buddhism and Hinduism, as well as lots of other important but less well-known belief systems — spread along the web of routes crisscrossing the spine of Asia.

I was also very struck by the scale of the white slave trade in the early Middle Ages — huge numbers of men, women and children were trafficked from Europe to the east in return for silver. I think readers will be surprised by that. But most of all is the fact that the Silk Roads keep on being involved all the time in more or less everything: they play the lead role in the expeditions of Columbus, who was trying to connect to the trade routes of the east; they were crucial to the origins of World War I — whose origins were firmly based in Asia, even though the trigger came from the assassination of Franz Ferdinand in Sarajevo.

We just don't look at this region at all — so have never thought to join up all these dots before.

There is a profound significance to the origins of the Holocaust, too, for example: Documents relating to German agricultural production and needs show that the decision to invade the Soviet Union was closely linked to taking control of the wheat fields of the rich lands lying north of the Black and Caspian Seas. The failure to "extract" the expected harvests from what is now Ukraine and Southern Russia led to discussions first about how to feed back in German controlled territories and then about who to feed. Those in prison camps found their calories reduced and then cut altogether; the jump to genocide was directly linked to the failure of the campaigns in the east.

We just don't look at this region at all — so have never thought to join up all these dots before.

You write, "We are seeing the signs of the world's center of gravity shifting — back to where it lay for millennia." But some argue that the world's center is shifting not toward the Silk Roads but farther East — toward China, Southeast Asia and India.

I can't speak for those who believe that the center of gravity is moving elsewhere. Many seem to think China and/or India exist in a bubble and can be looked at on their own. But I am much more interested in how China engages with Russia, with Iran, with the Middle East and with Central Asia — as well as with Southeast Asia. And that, by the way, is how China itself sees the world. China's signature foreign policy for the next 30 years is ... essentially the construction of a series of new Silk Roads.

China has dramatically rising energy needs as its middle classes grow in number and prosperity. So pipelines bringing oil and gas from mineral-rich countries like Kazakhstan, Turkmenistan and Iran have been or are being built to help fuel China's growth. And as a historian, it gives me no small pleasure to realize that those pipelines follow the same paths that traders bringing goods followed 2 1/2 thousand years ago.