Accessibility links
Bill Clinton Recasts Black Lives Matter Protest Clash As 'Example' The former president acknowledged that he was "talking past" protesters in a Thursday clash over the 1994 crime bill. 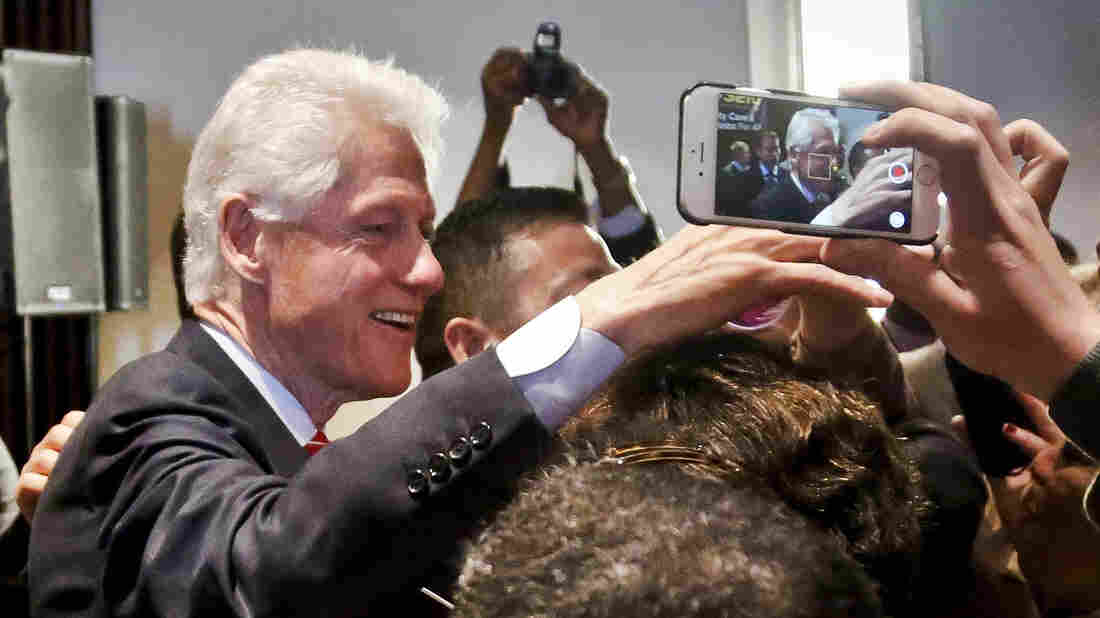 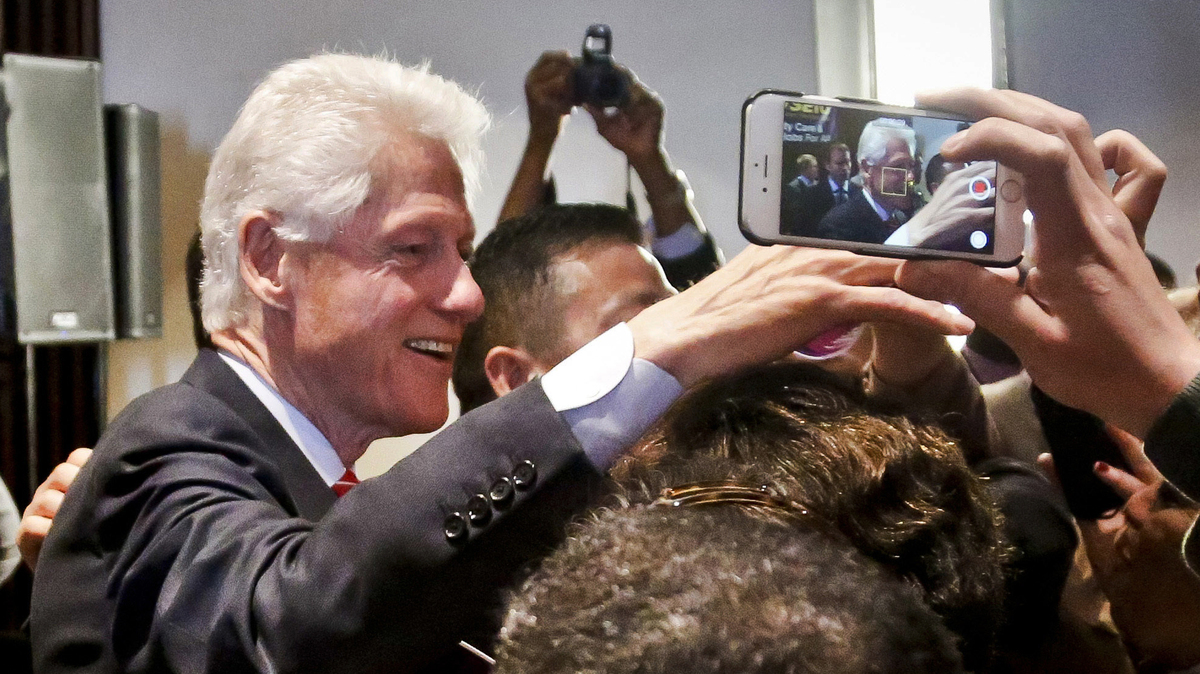 Former President Bill Clinton meets members of the 1199 health care union after speaking to the group during a campaign stop for Hillary Clinton in New York last month.

Bill Clinton on Friday stopped short of saying he was sorry for a recent clash with Black Lives Matter protesters. Instead, the former president tried to make the squabble into a teachable moment.

"I did something yesterday in Philadelphia I almost want to apologize for, but I want to use it as an example of the danger threatening our country," he told the crowd at a Hillary Clinton campaign event in Erie, Pa.

He explained that he thinks the U.S. has "one remaining bigotry," of people refusing to talk to those who disagree with them. Clinton added that he didn't like it when protesters interrupted but didn't stop to listen, but acknowledged that he was guilty of the same thing when he responded to protesters at a Philadelphia campaign event on Thursday.

He was referring to Thursday's incident in which he fired back at Black Lives Matter activists protesting a 1994 crime bill he signed as president. Many in that movement oppose that bill, which among other things made sentences longer and, some activists argue, contributed to mass incarceration that disproportionately affected the African-American community. (However, statistics cast doubt on the idea that the bill created a mass incarceration problem.)

He said that his bill contributed to a major decline in crime and that it also had the support of many black leaders at the time.

"I talked to a lot of African-American groups," Clinton continued. "They thought black lives matter. They said, 'Take this bill, because our kids are being shot in the street by gangs.'"

His defensive, finger-wagging response not only made for bad optics ("Fire Bill Clinton," implored one Slate headline afterward) and a big distraction from his wife's campaign, but it clashed with the Hillary Clinton campaign's messaging, as NPR's Tamara Keith reported. Hillary Clinton herself said that some parts of the bill "were a mistake."

Bill Clinton told an NAACP gathering in July that his bill "made the problem worse," boosting mass incarceration — a speech he reminded the crowd of on Friday.

And at the Friday Erie event, Clinton likewise acknowledged that when he signed the bill, he was "worried" about the longer sentences it dictated.

Though he softened his tone on Friday, Clinton wasn't entirely charitable to the protesters.

"I know those young people yesterday were just trying to get good television, and they did," he said. "But that doesn't mean that I was most effective in answering."

For her part, Erica Mines, one of the protesters, told NPR's Sam Sanders on Thursday that Clinton didn't change her mind.

"I still feel the same way about Bill Clinton. ... He completely beat around the bush," she said.