Accessibility links
See Where Women Have The Most And Least Political Representation In The U.S. Women may make up half the population in the U.S., but just 24.5 percent of state lawmakers are women.

Wyoming is sometimes called the Equality State — it had the nation's first female governor and was the first territory to give women the right to vote. But that legacy isn't visible on the floor of the state Senate. Just one of the 30 state senators is a woman.

"I am the queen of the Senate. I have my own little tiara," jokes Bernadine Craft, a Democrat who represents the mining town of Rock Springs.

Overall, just 13 percent of state lawmakers in Wyoming are women, the lowest rate of representation in the country according to data compiled by the Center for American Women and Politics at Rutgers University.

Meanwhile, just 100 miles away, 42 percent of Colorado state lawmakers are women, the highest in the country. Having so many women in office has changed the overall tone at the state Capitol, said Colorado's House speaker, Dickey Lee Hullinghorst.

"This is no longer a good old boys club and I think any time you mix it up and represent a lot of diversity, I think it makes the tenor better," said Hullinghorst, who was the first Democratic woman to lead the chamber, although Republicans captured that honor more than a decade ago.

Women may make up half the population, but in the U.S. they rarely have anything close to proportional political representation. At the state level, where many aspiring politicians get their start, just 24.5 percent of lawmakers are women, according to the National Conference of State Legislatures.

Getting Talked Into Running

"We really feel it builds on the tradition that we've established. So because we've had more women, we have more women," said Meg Froelich, who recently produced a documentary about women in Colorado politics.

One challenge that female candidates often encounter is getting the encouragement to run in the first place. 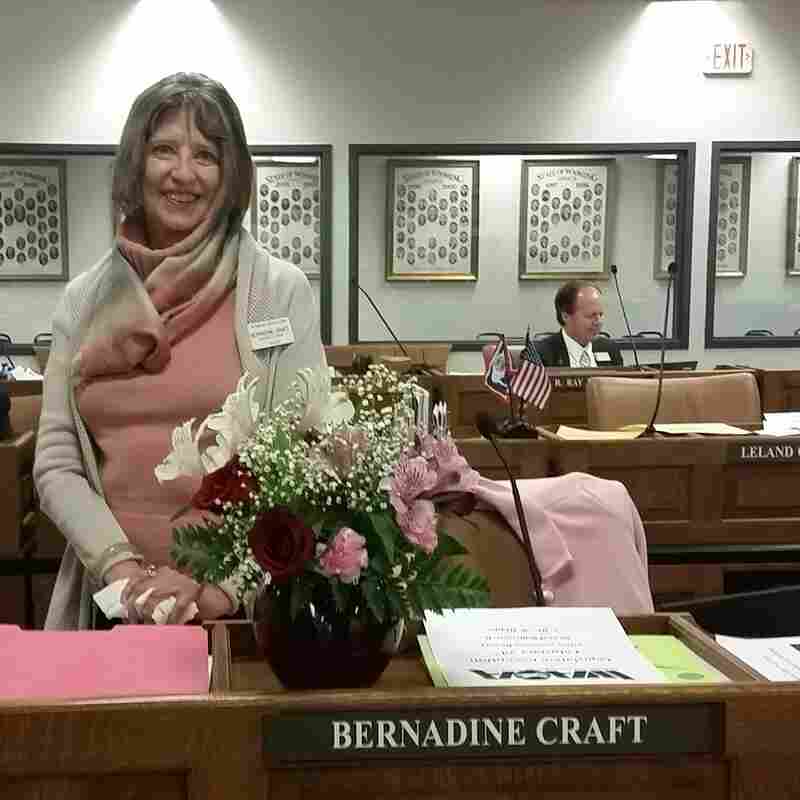 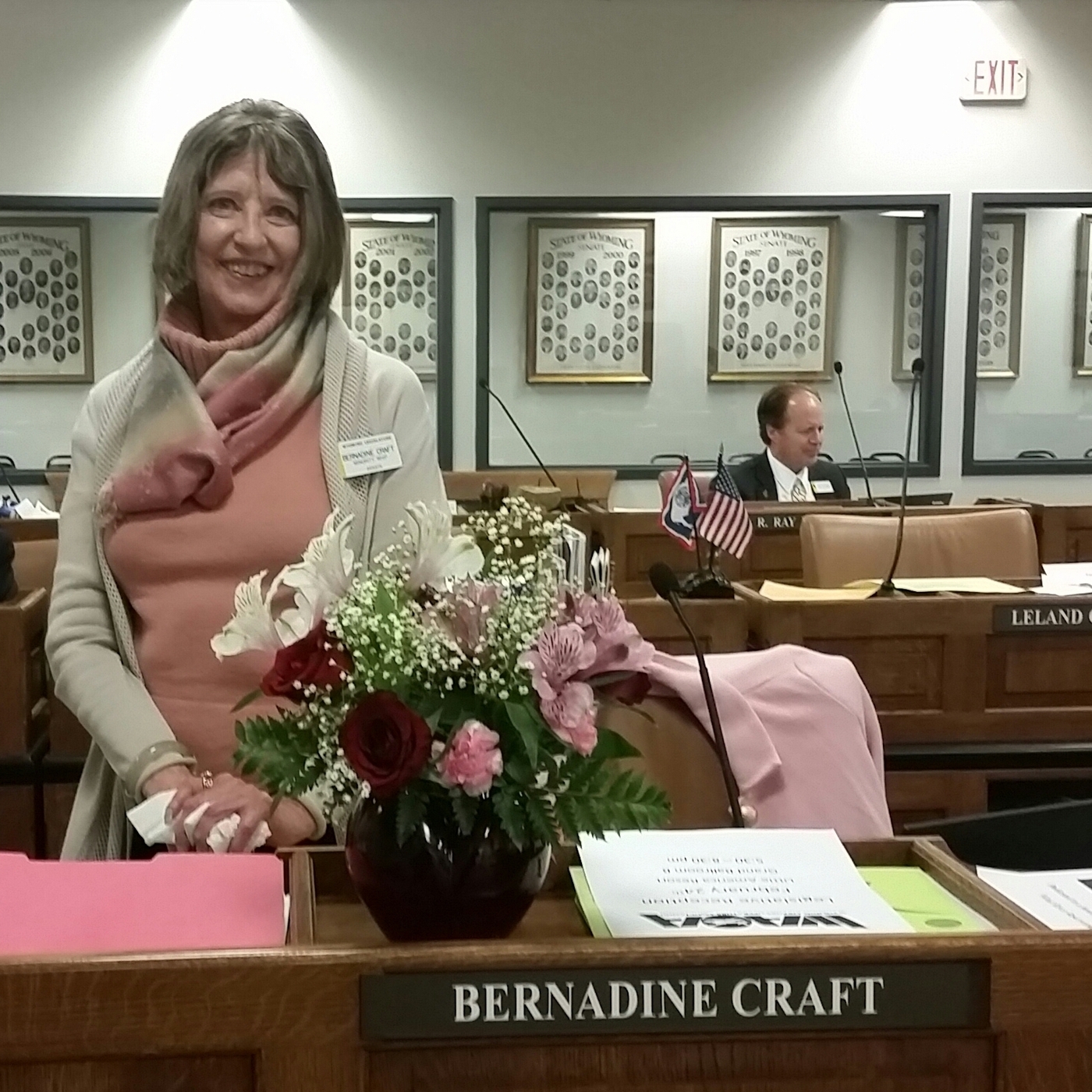 State Sen. Bernadine Craft is the only female member of Wyoming's 30-seat Senate.

Craft never planned to run for office but was talked into running by a former female state senator.

"It took about three months to talk me into running," said Craft, who won that race to the state House in 2006 and later ran for state Senate, where she is now the Senate minority whip.

It's a common story for female lawmakers.

"As someone flippantly told me, a male legislative candidate wakes up one morning, looks in the mirror, and says, 'I should run for the state Senate, no looking back.' And women I have worked with have told me over and over someone asked me four times before I said yes," said Katie Ziegler, who compiles data on women for the National Conference of State Legislatures.

The Wyoming Legislature wasn't always so lopsided. Back in the mid-1980s, a quarter of the state's legislators were women — among the highest nationwide at the time. The Equality State was living up to its name as a place where women could make a mark on politics.

"There were enough women that it wasn't — you weren't an oddity, you didn't feel like an oddity; it was just a very comfortable working situation," said Margaret Brown, who served in Wyoming's Legislature from 1983 to 1987.

Since then, the number of women in the Wyoming Legislature has steadily dropped.

"We're not doing a real good job at this point," said Brown.

In Colorado, term limits and party leadership may have made a difference. As lawmakers left office because of term limits, party leaders on both sides of the aisle actively encouraged women to run, especially in the state's swelling suburbs.

Is It OK To Vote For Hillary Clinton Because She's A Woman?

"I think both parties have discovered that women do well in suburbia," said Froelich, the filmmaker. "So if you want to win that election, it's often a winning strategy to put forward a woman candidate."

In the 1990s, Wyoming shifted from multimember to single-member districts, which Brown believes was detrimental. Under the old system, voters could pick multiple candidates to represent a larger electoral district.

"So maybe you like Suzie Q and you like John but you can only vote for one. And so you have to pick," said Brown.

For women who are are primary caregivers, it's especially difficult.

"It's very very difficult to juggle full-time employment and the Legislature, which is also a full-time job," said Craft.

"It might take five or 10 points of contact for a woman to raise $1,000 whereas maybe a male candidate can call up one person and get a $1,000 check," said Ziegler of the National Conference of State Legislatures.

When women don't run for office in states like Wyoming, Ziegler argues it's a national problem, too. Right now, about half of the current members of Congress are former state lawmakers.

"There's this pool of people that maybe someday will make a run for Congress, whether it's the House or the U.S. Senate. And there aren't a lot of women in that pool in state legislatures. And so there aren't very many women rising up to move to that next level," said Ziegler.

Even when there's a growing pool of female lawmakers, Colorado's experience suggests there's a glass ceiling that can sometimes keep them from rising higher. The state has never elected a female senator or governor and currently sends only one woman to Congress.

Female candidates are always facing obstacles "that somehow our male colleagues don't seem to have to go through," said former House Majority Leader Amy Stephens, a Republican who tried unsuccessfully to win her party's Senate nomination in 2014.

But like many female lawmakers in Colorado, Stephens says she does expect to see women break into the highest offices soon. After all, with so many women in the state Legislature, both parties finally have pretty deep benches of potential candidates.