Accessibility links
Is It OK To Vote For Hillary Clinton Because She's A Woman? A listener's 8-year-old daughter tells her dad to vote for the "girl" candidate, because she's a woman. It's a sweet clip, but it gets at the deep question of how identity and issues are intertwined.

8-Year-Old Penelope's Conversation With Her Dad

Is It OK To Vote For Hillary Clinton Because She's A Woman? 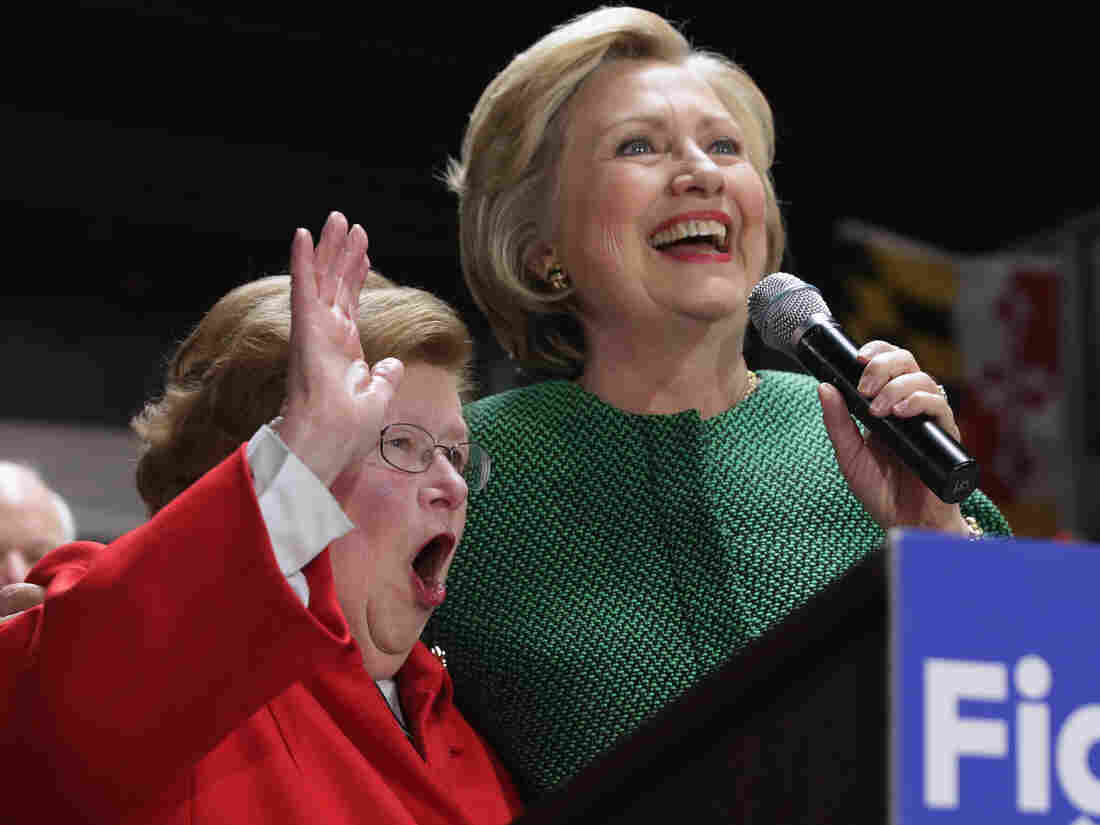 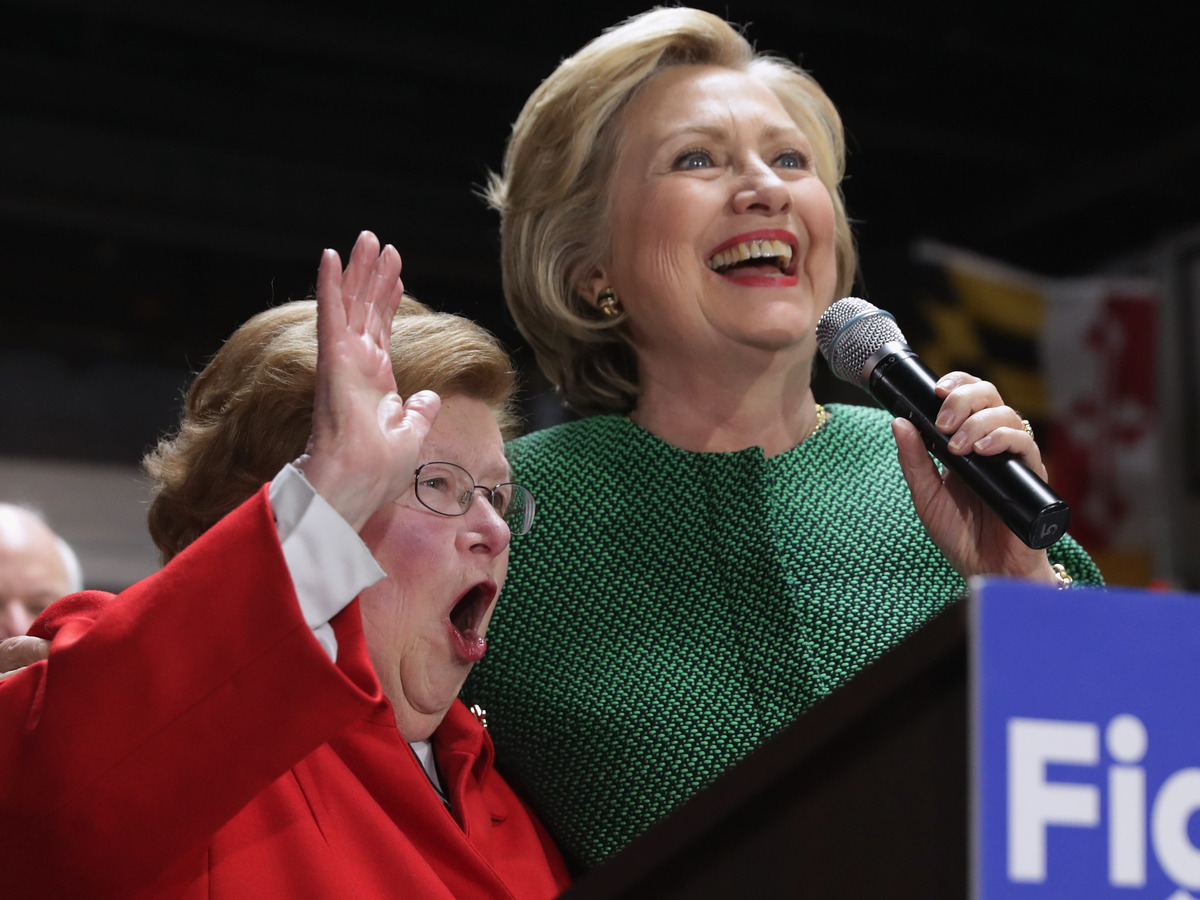 A listener named Josh recently sent us a clip of him talking politics with his daughter, Penelope. The bit that caught our attention (and that we highlighted in our last weekly roundup podcast) was where Penelope finds out that a "girl" is running for president, then insists that her father vote for her.

He presses Penelope on this:

"What if I said I'm voting for Ted Cruz just because he's a man?" he asks.

"If he was the first man to be president," she says.

8-Year-Old Penelope's Conversation With Her Dad

The idea of a girl running for president takes Penelope's breath away, and okay, it's really sweet (for example: "Would you vote for me?" she asks her dad), but what Penelope doesn't know is that she is taking a stand on one of the touchier debates of the 2016 election: is it OK to vote for a candidate just because she's a woman? Or, to broaden it out, is it OK to vote for any candidate because of his or her identity? To Penelope, the answer is (an exasperated) yes. But the answer to this question is less clear to many on the 2016 campaign trail.

"A uterus doesn't qualify you to be president."

On the one hand, there is the view that issues, not demographics, should determine a person's vote. Bernie Sanders gave voice to this after rapper Killer Mike was lambasted for saying (quoting a Bernie supporter) that "a uterus doesn't qualify you to be president."

"What Mike said, essentially, is that ... people should not be voting for candidates based on their gender, but on what they believe. I think that makes sense," Sanders responded. "I don't go around — no one has ever heard me say, 'Hey guys, stand together, vote for a man.' "

Carly Fiorina delivered a similar message when she dropped out of the Republican race, telling women not to let their gender dictate their votes.

"To young girls and women across the country, I say: do not let others define you," she said. "Do not listen to anyone who says you have to vote a certain way or for a certain candidate because you're a woman. That is not feminism."

Sanders supporter and actress Susan Sarandon put it more bluntly at a campaign stop in February: "I don't vote with my vagina."

There's a basic logic at work there: the idea is that beliefs, not gender expression, dictate which issues a president champions, what foreign policy they decide to pursue, and what bills they sign.

But the identity-issue divide isn't clear-cut to all voters. For one, gender simply is itself an issue for some voters. Author Rebecca Traister told NPR she was frustrated in 2008 — as she is now — when she says she saw lots of people shaming women for wanting to support the woman candidate in the race:

"It's certainly not the foremost reason that anybody I knew supported [Hillary Clinton in the 2008 presidential primaries], but of course it played into lots of people's excitement about her, right? But you couldn't say it. It was considered a dumb thing to say. It was considered a super feminized thing to say. You were thinking with your ovaries. It's just because you were a girl, blah blah blah.

"And I remember thinking, Since when is it progressively OK that a country that's 51 percent female has only been governed by men? And that more than 80 percent of Congress is male? Why is it OK to not care about that?

Gender may not be the only reason many women are voting for Hillary Clinton, but it plays into many people's votes, Traister said. And given that politics has been so heavily dominated by men (and, specifically, white men), another feminist told NPR earlier this year that it too often unfairly puts other groups' issues in the "specialty issue" category.

To be clear, Sanders and Clinton both are heavily promoting gender equality on the campaign trail, and they both have strong feminist support.

Still, Bracey Sherman and Traister might well agree with Penelope that being the first (or among the first) of your group to reach the White House matters.

The question at issue here may well be whether "the issues" and identity can really be separated from each other. For some, like Traister, seeing yourself represented in office can itself be an issue. And in Bracey Sherman's mind, some women's and minority groups' issues haven't gotten as much attention as they might with a more diverse government.

"Such findings don't mean that all female officeholders seek to advance women's rights, or that women govern only from the standpoint of gender," she added. "But the research does speak strongly to the fact that women and men in power have different priorities."

The future could still bring America's first minority woman president, as well as the first gay, transgender, Asian American or whatever in the White House — not to mention still more diversity into Congress. If elected, any of them might well broaden the spectrum of topics that the government considers.