Accessibility links
Paul Ryan Rules Himself Out As Possible GOP Nominee Rumors have swirled that Republican delegates could nominate Ryan in a multiballot convention. Ryan put those rumors to rest, definitively ruling himself out. 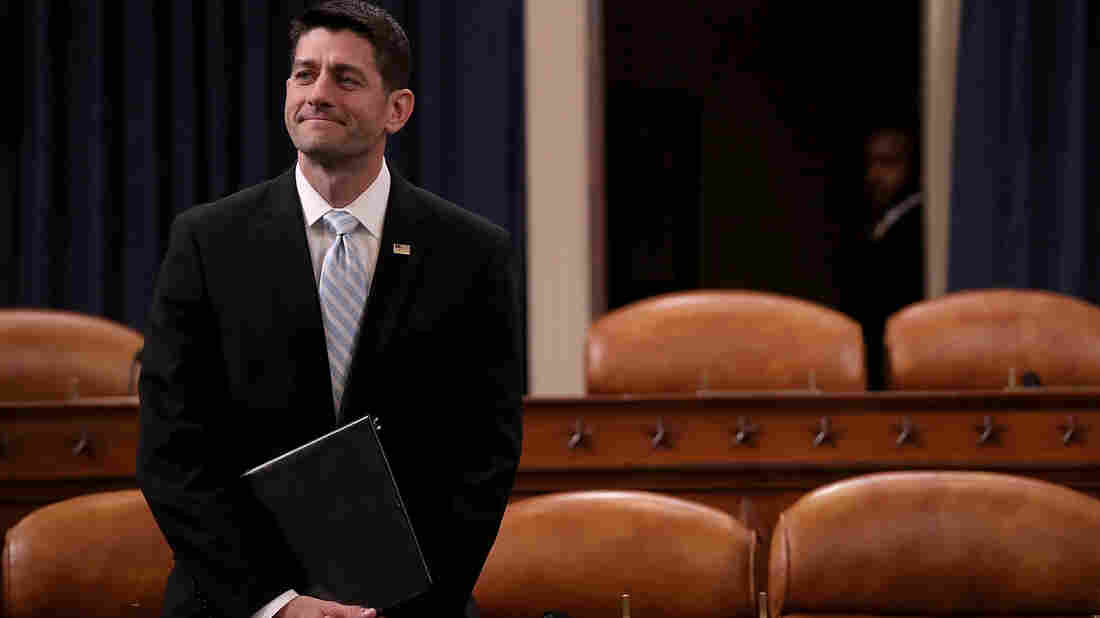 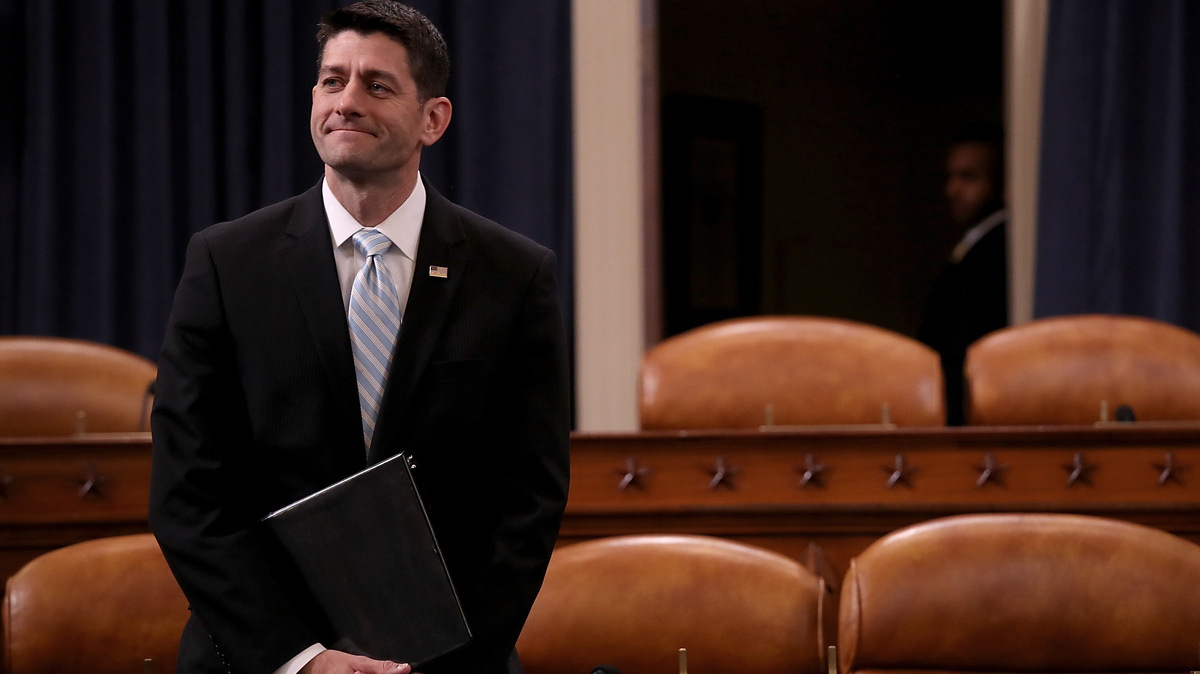 Speaker of the House Paul Ryan delivered remarks on the state of American politics last month.

If Republican Party delegates are looking for an alternative to Donald Trump, Ted Cruz or John Kasich, it won't be Paul Ryan.

"I want to put this to rest once and for all," Ryan said of speculation that he could be chosen as the Republican presidential nominee this summer in a multiballot convention.

"Let me be clear: I do not want, nor will I accept the Republican nomination. So let me speak directly to the delegates on this: If no candidate has a majority on the first ballot, I believe you should only choose a person who actually participated in the primary. Count me out."

The House speaker has repeatedly, publicly denied any interest in the office or the possibility of a "dark horse" run at a contested convention in Cleveland. Media speculation citing unattributed sources, however, has continued unabated.

I want to put this to rest once and for all. ... Let me be clear: I do not want, nor will I accept the Republican nomination. ... Count me out.

House Speaker Paul Ryan, pulling himself out of consideration for the GOP nomination

Hours before the official announcement at the Republican National Committee headquarters in Washington, a GOP aide familiar with Ryan's plans told NPR, "He's going to rule himself out and put this to rest once and for all."

Frustrated by the ongoing rumors, the speaker wants to make it clear that it is not going to happen. And he was definitive Tuesday.

"I simply believe that if you want to be the nominee — to be the president — you should actually run for it," said Ryan, who ran in 2012 on the losing Republican ticket as the vice presidential nominee. "I chose not to. Therefore, I should not be considered. Period. End of story. I just think it would be wrong to go any other way. So, let me say again, I'm not going to be our party's nominee."

Ryan was similarly definitive that he did not want to be House speaker — before he was chosen to do that exact job.

He said comparisons to that are "apples" and "oranges" and a "non sequitur" because, for one, he was actually a member of the House already and the presidency is a much bigger job. He emphasized that if someone wants to be president, he or she should run for it and participate fully in the process.

Rumors of Ryan being chosen as the GOP's nominee complicated his potential leadership role during the convention as the person tasked with overseeing the process. If Ryan left open the possibility that he could be named, it would at least be an appearance of a conflict of interest.

"As chairman of the Republican convention, my job is to ensure that there's integrity in the process — that the rules are followed by the book," Ryan noted Tuesday.

Last month, Ryan tried to distance House Republicans from the politics of the presidential race in a Capitol Hill address on the state of American politics.

"This has always been a tough business, and when passions flare, ugliness is sometimes inevitable. But we shouldn't accept ugliness as the norm," he said in the speech, which was viewed as a rebuke to GOP front-runner Donald Trump.

Ryan, 46, is seen as a potential candidate in 2020 or beyond. Accepting the nomination — and losing — could be a mortal blow to his political future and hobble his ability to lead the House.

"I'll also be clear about something else," Ryan said. "Not running does not mean I'm going to disappear."