Accessibility links
Review: Rufus Wainwright, 'Take All My Loves: 9 Shakespeare Sonnets' Wainwright and his many guests pile on the gravitas while still digging into the Bard's material with playful and provocative spirits. 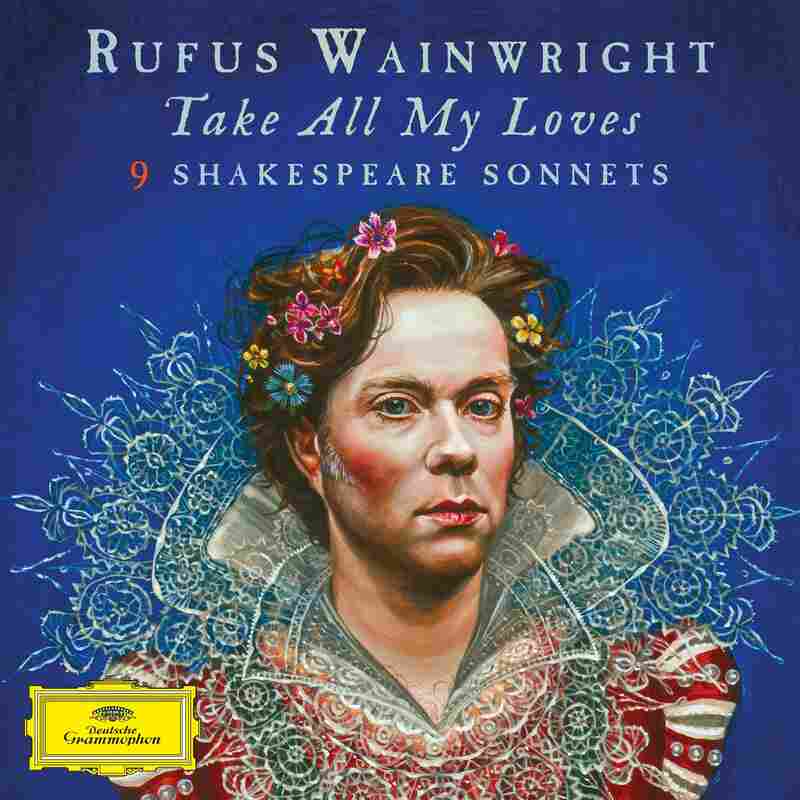 Any given Rufus Wainwright album brings with it a wealth of backstory to unpack: The singer, composer and multi-instrumentalist has never shied away from grandiose ambitions, concepts and sounds, and he's rarely followed a predictable path in a career spanning nearly two decades. (His most recent album, after all, is a recording of Wainwright's debut opera, Prima Donna.) But this one's a doozy, even by his standards. As its title suggests, Take All My Loves: 9 Shakespeare Sonnets finds Wainwright tackling the Bard's work in a grandly sweeping collection of recordings — including reworkings of three sonnets the singer covered on 2010's All Days Are Nights: Songs For Lulu — and yet there's still more to this set than that.

Collaborating with Marius De Vries (who produced the Want albums more than a decade ago), Wainwright enlisted an assortment of singers and actors to perform these 16 tracks, many of which pair rich orchestral pieces with dramatic readings by the likes of Helena Bonham Carter, Carrie Fisher and even William Shatner. Wainwright's voice disappears from the mix for long stretches, as he yields most frequently to Austrian soprano Anna Prohaska, but also to the likes of Florence Welch, whose presence propels "When In Disgrace With Fortune And Men's Eyes (Sonnet 29)" to a territory that approaches pop. In "Unperfect Actor," he shares lead-vocal duties with Tasmanian singer Fiora Cutler and his sister Martha Wainwright, while the eight-minute "All dessen müd" allows him to show off his German alongside Christopher Nell and Jürgen Holtz.

Backed in spots by the BBC Symphony Orchestra, Rufus Wainwright and his many guests pile on the gravitas while still transforming and illuminating Shakespeare's material with playful and provocative spirits. For a singer and composer who's always toyed with ways to pair pop showmanship with a classical musician's finely honed chops, Take All My Loves feels like a natural culmination of Wainwright's many passions — released, it turns out, exactly 400 years (minus a day, but who's counting?) after William Shakespeare's death.