Accessibility links
Julian Fellowes On 'Belgravia,' The 'Downton Abbey' Creator's New Novel Julian Fellowes' new novel is a twist on the form Charles Dickens made famous: the serial. Belgravia, the story of an ambitious family in 19th century England, will be released in chapters via an app. 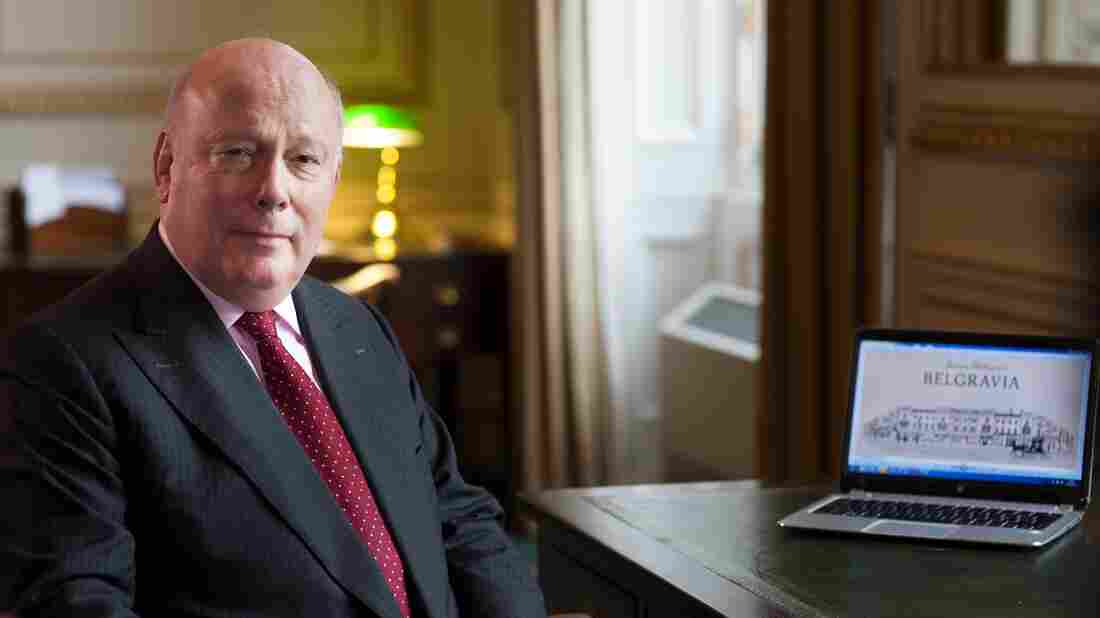 Following in the footsteps of authors like Charles Dickens, Julian Fellowes will release Belgravia as a serial. Kevin Day hide caption 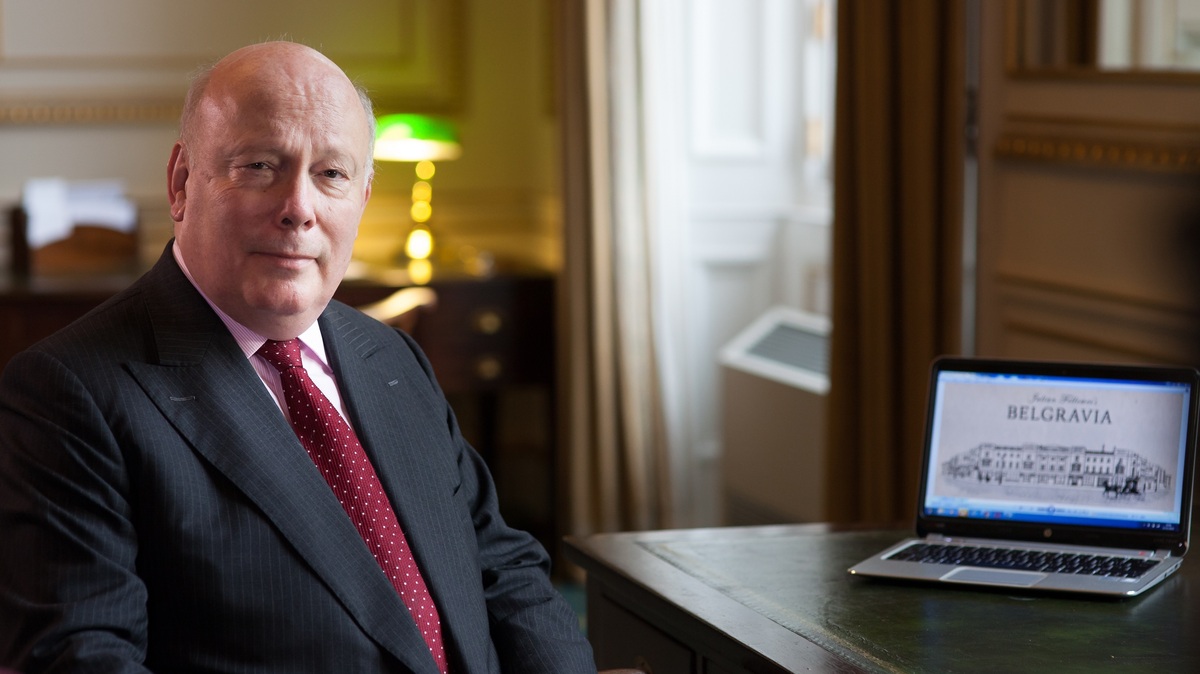 Following in the footsteps of authors like Charles Dickens, Julian Fellowes will release Belgravia as a serial.

If ever a man had a theme song, it would be Julian Fellowes — and the theme tune from his hit show Downton Abbey.

But now that Downton has ended, Fellowes has turned his flair for historical drama and romance to another story, set in another era. His new novel Belgravia is named for one of London's poshest neighborhoods. It's the story of a striving family harboring a big secret. 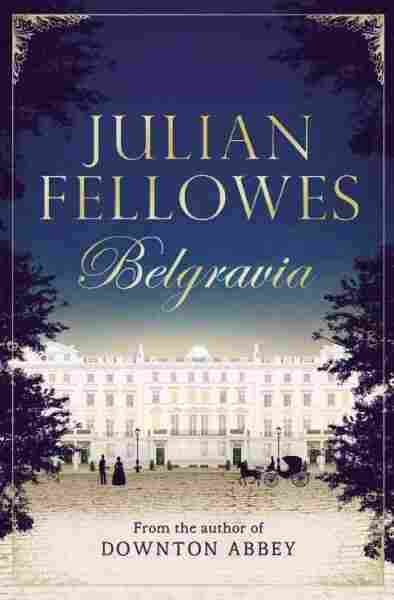 It's set during the 19th century, and in a tip of the hat to a major literary form of that era, it's being released as a serial, with weekly chapters beginning today. And in a modern twist, it's being delivered via an app.

Fellowes begins his novel with a grand party that went down in history — actual history. On June 15, 1815, the British army was in Brussels, along with dozens of its officers' high-society families. Worry was in the air: Napoleon was drawing near, the Battle of Waterloo just days away, and the Duke of Wellington, in charge of the troops, wanted a diversion.

"Wellington felt that the sort of spirits of the town were sinking a bit, and he asked the Duchess of Richmond — who was a big pal of his — would she give a ball, and raise the sense that the British were completely confident, they didn't care, they weren't worried, you know, whatever Napoleon might plan, they were giving a ball," he tells NPR's Renee Montagne. "And so she sent out the invitations, and then right at the last minute it was clear that Napoleon was actually on the march, and she did wonder if she should cancel it, but Wellington said no, I don't want any sort of softening of our nerve. Go ahead."

And go ahead it did — until word arrived, after midnight, that Napoleon's forces were dangerously close. "And so all these young men had to go straight out to join their regiments, and those who died, several of them were still in their dress uniforms they'd worn for the ball," he says.

On the Trenchards, the fictional family at the heart of these real events

They're sort of symbolic of the time that was coming, [father] James is very ambitious, he's been the supplier to Wellington ... It was a period where the Empire was expanding, we had more and more markets we could supply, and all of this was generating new fortunes, new men. And these powerful new middle-class rich people were taking the reins.

On the origins of afternoon tea

Julian Fellowes On The Rules Of 'Downton'

In 1841, it's the first known example. The Duchess of Bedford invented it, because ... luncheon had become slightly earlier, and dinner was sliding back through the evening. But the Duchess of Bedford thought it was too long a time to go with nothing to nibble on. And so although people had had a cup of tea when they liked one, and that was quite often in the afternoon, she was the one who invented the idea of having things to eat with it.

Tea is a very unstructured feed compared to most of them for them, and it must have felt tremendously relaxed, rather like for us, having a picnic or something.

On making Belgravia a serial novel

Well, I've written novels before, as I'm sure you know ... very few people have written a serial novel with an accompanying app. I think that was the lure, that it was an exciting new adventure, to have this layered enjoyment, that you read the story, but you also go on the site, and you travel 'round the houses, and meet the characters.

On following in the footsteps of Dickens

I'm a fan of Charles Dickens, I'm a fan of Trollope and all sorts of people, George Eliot, who published in this serial way .. their books were so long, they would start to write them and they'd start to publish before they finished the book. And then sometimes the audience response would alter how they developed the book. And that I'm incredibly admiring of, because I don't think I'd have the nerve to do that. I think I needed to feel the book was complete before it could start going out.