Accessibility links
GOP Delegate: Trump Primary Wins 'Absolutely Irrelevant' At Convention A North Dakota GOP committeeman says the party can do whatever it wants at the convention this summer — no matter how many primaries Trump wins. 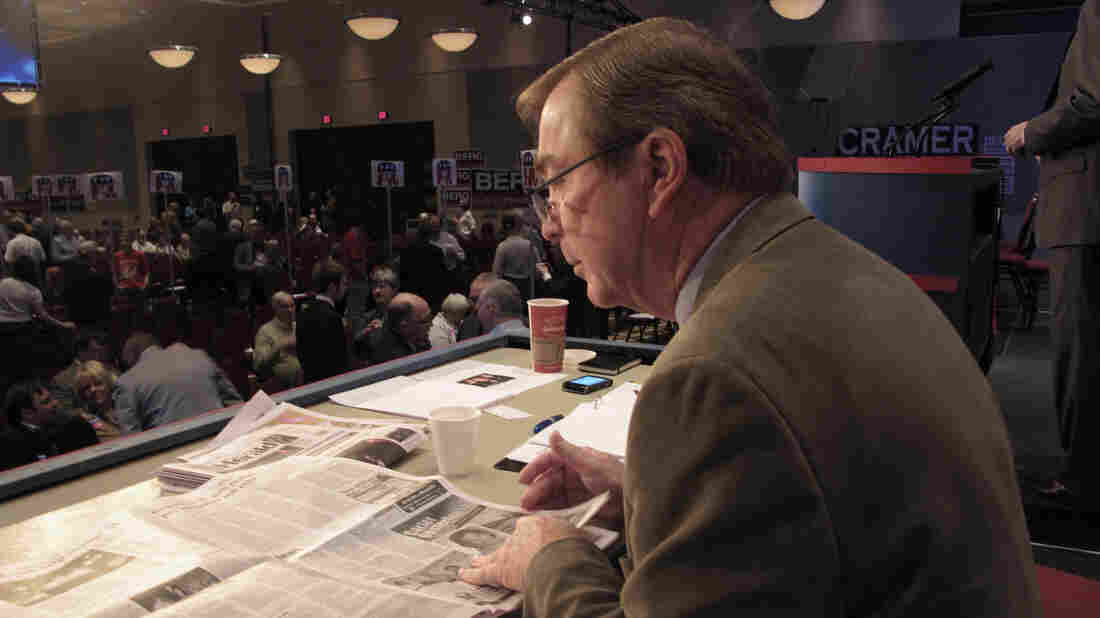 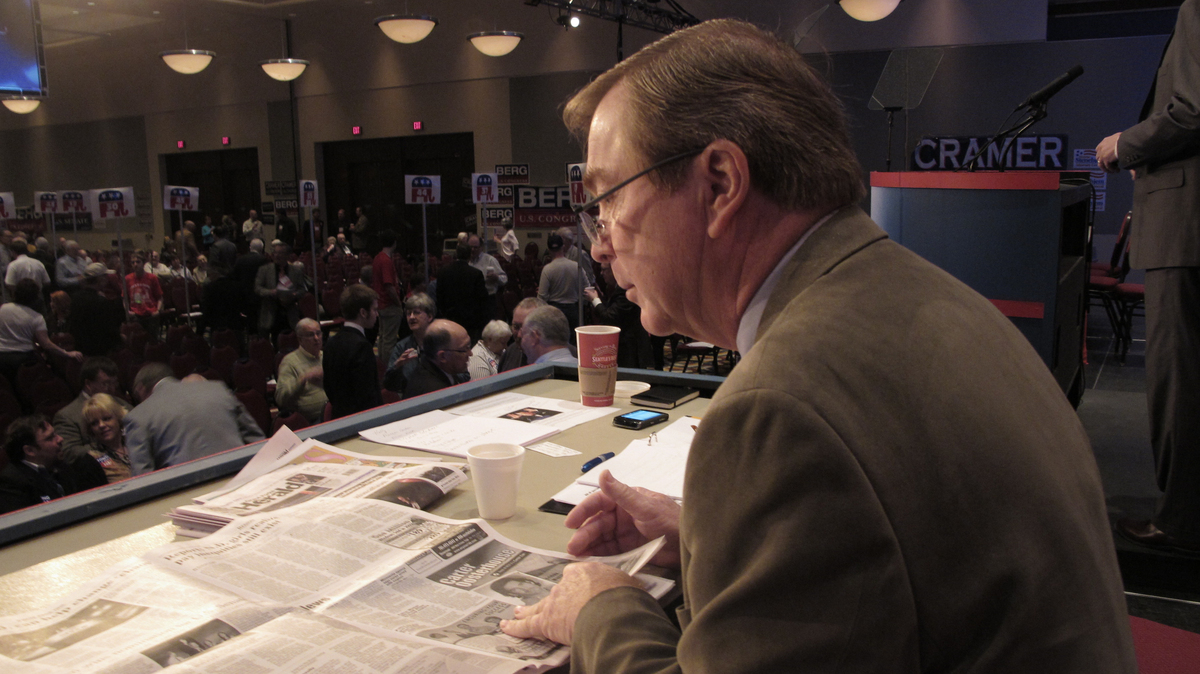 Curly Haugland, a Bismarck businessman and North Dakota representative on the Republican National Committee, reads a newspaper on the North Dakota state Republican convention stage in 2010.

Just how far could Republicans go to deny Donald Trump the party's nomination?

A delegate to this summer's convention in Cleveland asserts that the GOP gathering could do anything it wants.

Curly Haugland, a GOP national committeeman from North Dakota, told Morning Edition on Thursday of his interpretation of party rules. Not for the first time, Haugland declared that party rules do not bind any delegate to vote for any particular candidate. He argues that even delegates who are "pledged" to Trump or other contenders due to state primary results are, in reality, free to do as they like.

Listen To The Story: Delegates May Vote Their Conscience At GOP Convention, Haugland Says

Delegates May Vote Their Conscience At GOP Convention, Delegate Says

Custom, Haugland said, may dictate that delegates should support the winners of their state primaries. But the reality of the rules is that primary votes are "absolutely irrelevant" come convention time.

"No matter what the popular belief might be," he said, "there is no connection between primaries and the actual convention."

In our interview and in other conversations, Haugland has cited the GOP's convention Rules 37 and 38. He interprets these convoluted rules to mean that delegates may "vote their conscience." The rules do not explicitly say this. Rule 37 is a detailed explanation of the procedure for roll call votes. However, Rule 38 does say that no delegate may be "bound" by the "unit rule," meaning that delegates from a state can't all be forced to vote the same way.

Haugland's interpretation is by no means a unanimous view. It's more widely accepted that delegates currently pledged to Trump, Ted Cruz, John Kasich, or others must support them at least on the first ballot. But if no candidate received a majority, delegates would necessarily vote in different ways on later ballots in order to resolve the impasse.

Another of Haugland's points is indisputable: "When the convention convenes," he said, "the delegates adopt their own rules, which haven't been adopted yet." There is a standard template for conventions, but delegates could tweak the template, changing the game in any way that they want. The only real constraint is that their actions would be publicly known and therefore open to criticism.

The latitude afforded delegates explains why it's considered significant that Senator Ted Cruz has outmaneuvered Trump in several states, ensuring that as many delegates as possible are Cruz supporters.

Haugland says his personal goal is to adopt a rule that assures delegates the chance to choose from a wide range of alternatives, including candidates such as Jeb Bush or Marco Rubio who have suspended their campaigns.

Listen to our conversation at the link above.

In an earlier version of this post, Curly Haugland's last name was misspelled Haughland.