Accessibility links
Grass-Roots Group Born Of Obama Campaign Now Helps Push His Causes Organizing for Action is now deep in the battle over confirming the president's nominee to the Supreme Court. 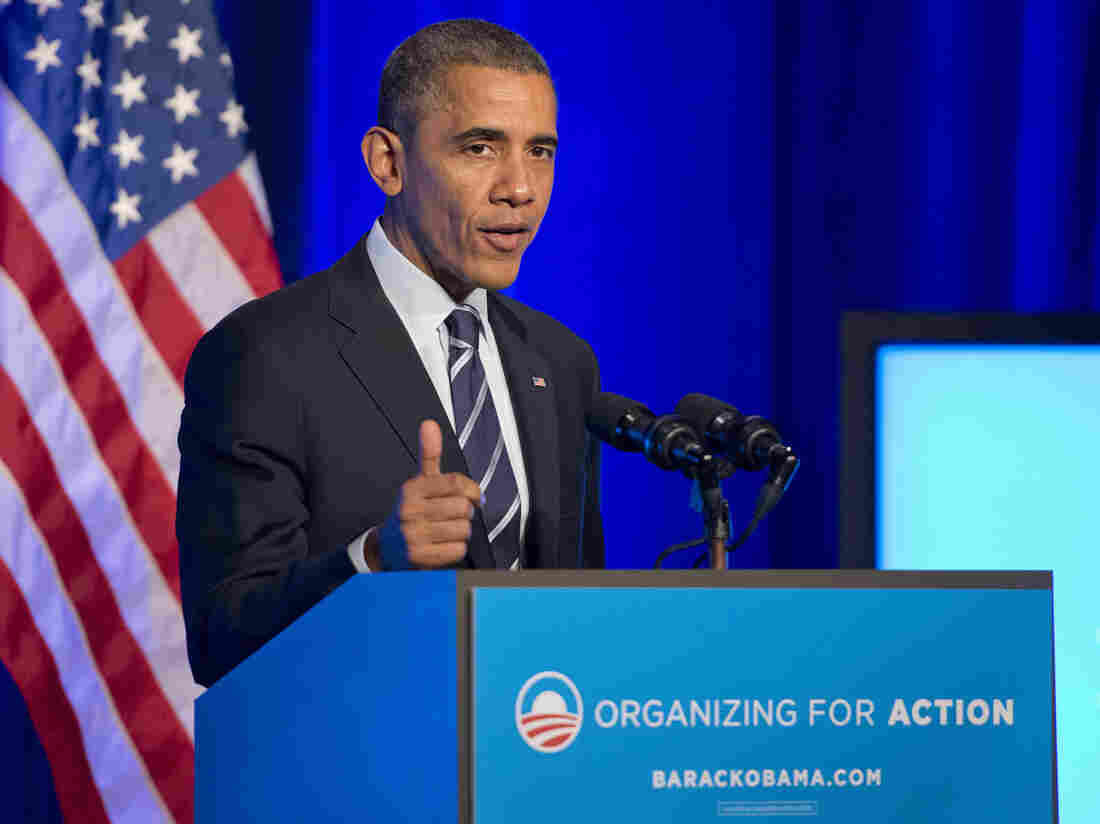 "I may hold this office for another 14 months. But I'm not going anywhere," President Obama told Organizing for Action last November in Washington, D.C. Pool/Getty Images hide caption 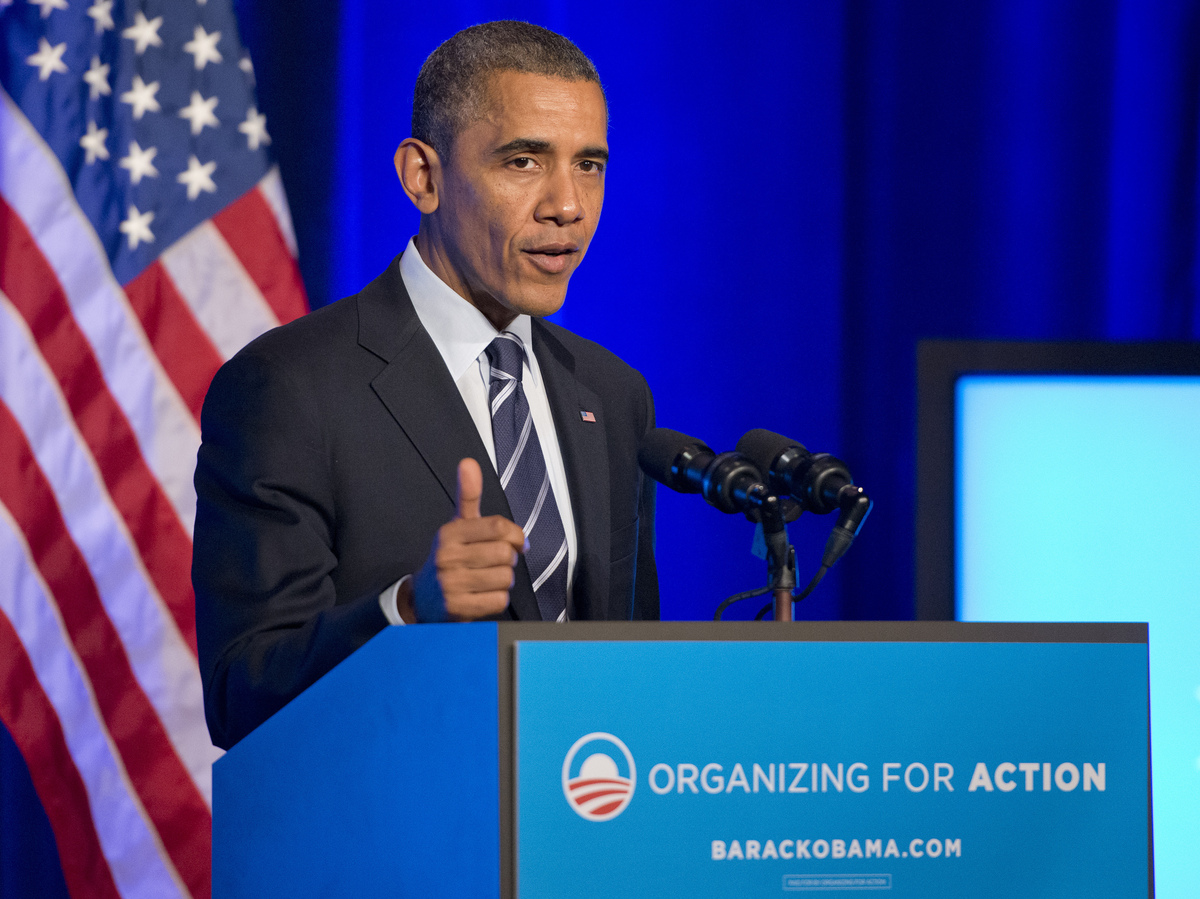 "I may hold this office for another 14 months. But I'm not going anywhere," President Obama told Organizing for Action last November in Washington, D.C.

Organizing for Action, the grass-roots network born from the Obama campaigns, is now deep in the battle over confirming the president's nominee to the Supreme Court. These days, OFA is a nonprofit that organizes on progressive issues and trains future grass-roots gurus.

"You know this is very much an organization that is led by people out in their communities who care about the issues of the day," said Buffy Wicks, a member of OFA's board of advisers and a veteran of Obama's two presidential campaigns and his White House.

Wicks and others at OFA said volunteers can choose their issues, in a bottom-up organization with more than 250 chapters that have considerable autonomy. Still, and not surprisingly, those issues tend to follow the Obama agenda — "things like the Supreme Court vacancy, climate change, you know, gun violence," Wicks said.

OFA allied with the League of Conservation Voters recently in Wisconsin, for a demonstration against Republican Sen. Ron Johnson. The event was part of coordinated "days of action" by progressive groups in favor of Senate confirmation hearings for Supreme Court nominee Merrick Garland. Johnson, like most other Senate Republicans, opposes any hearings.

Besides demonstrations, OFA has run digital ads supporting Garland, and it's in a liberal coalition that's been funneling phone calls to Capitol Hill. OFA calls recently have focused on the offices of Senate Majority Leader Mitch McConnell and the 11 Republicans on the Senate Judiciary Committee.

David Willett, spokesman for the League of Conservation Voters, praised OFA, saying it knows how to turn out a lot of volunteers.

"The effective and disciplined way that they're able to organize their membership at the grass-roots level is definitely at the top of the game," he said.

While it works on issues, OFA also trains people in grass-roots organizing and leadership skills, a deliberate echo of Obama's days as a community organizer. "We've graduated over 3,000 people across the country who have the skills now to be leaders on these issues," Wicks said.

She called it "a big piece of what I think we can offer kind of the broader progressive community."

OFA began in 2007 as Obama for America, a combination of digital networking and grass-roots organizing that revolutionized American politics. After the election, it took its multimillion-name email list and became Organizing for America, part of the Democratic National Committee.

After the 2012 election, OFA changed again, switching from a political committee to a 501(c)(4) "social welfare" group named Organizing for Action. In 2013 (the latest data available) it told the IRS it had a budget of $20 million.

The cheering, and even screaming, sounded almost like a rock concert, as President Obama walked onstage at the group's November meeting.

"Understand this," he told the gathering. "I may hold this office for another 14 months. But I'm not going anywhere."

Sidney Milkis, a political scientist at the University of Virginia, writes in a new research paper that OFA provides a new kind of support for a president who is always at odds with Congress, asking its network to spread his messages.

"They think of themselves as Obama's family," he said in an interview. "They've got his back. And I think it's really significant for a president to have a presence on the ground, community organizers."

So, what happens to OFA when Obama leaves office?

Milkis has a theory: "What they will do depends on what happens in 2016." That means either building on Obama's legacy in a Democratic administration or defending it in a Republican one.

OFA officials say they'll be asking volunteers about options for the post-election future.

Obama himself has suggested he wants OFA to stay active. In his November speech, he told volunteers, "I'm gonna keep on going as long as you'll have me." The audience cheered.