Why Trump Supporters Have Declared War On Colorado's Republican Party

Why Trump Supporters Have Declared War On Colorado's Republican Party 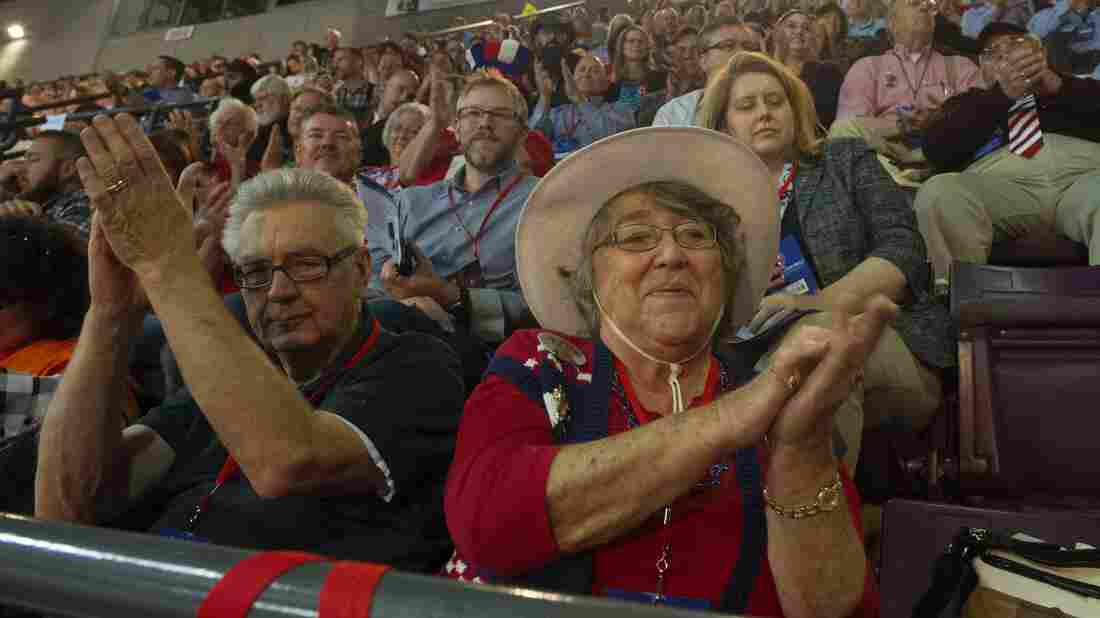 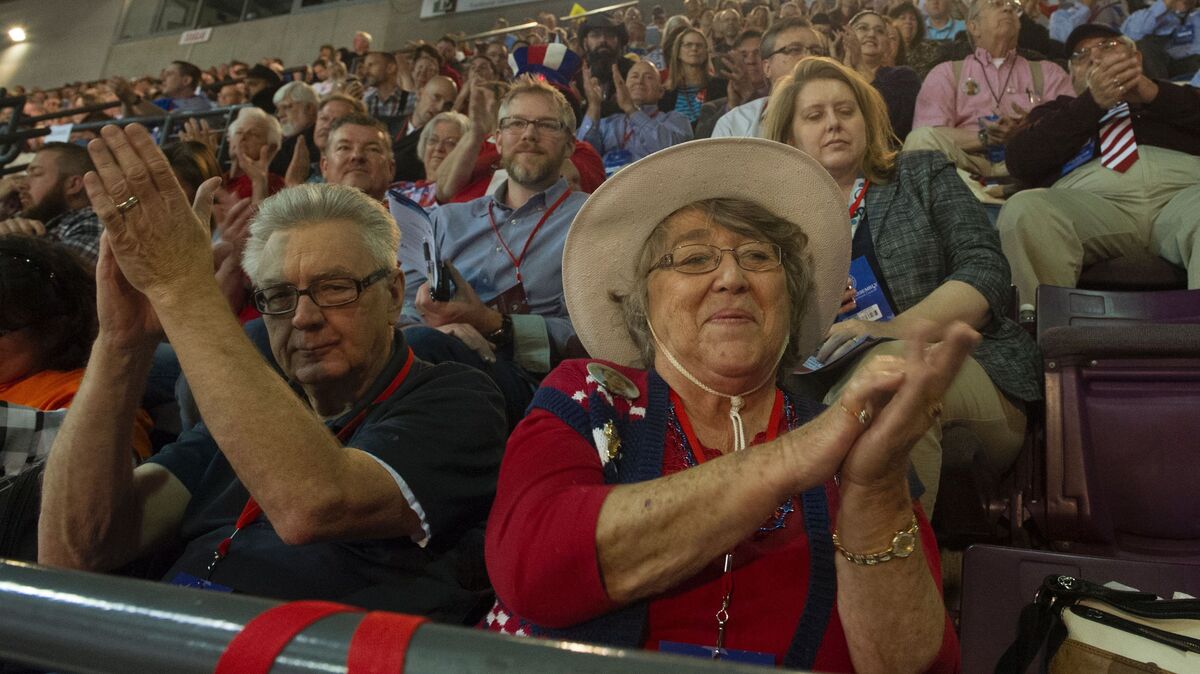 Donald Trump's Colorado supporters are gathering at the state capital Friday to make some noise about a political process they say has left them voiceless. The backlash from Trump's supporters has included thousands of voicemails and texts a day to the state Republican Party's chairman, some threatening, after his phone number was leaked online.

The protest comes in response to last weekend's state assembly, where Texas Sen. Ted Cruz succeeded in locking up all of the state's 34 open Republican National Convention delegates, shutting Trump out of all but a handful of alternate slots.

Those results appeared to catch the Republican front-runner by surprise:

The people of Colorado had their vote taken away from them by the phony politicians. Biggest story in politics. This will not be allowed!

Trump re-upped the point in a Wall Street Journal op-ed posted Thursday evening. "What we are seeing now is not a proper use of the rules, but a flagrant abuse of the rules," Trump wrote. "Delegates are supposed to reflect the decisions of voters, but the system is being rigged by party operatives."

Trump was referring to a decision by state party leaders not to hold a preference poll at the March caucuses. Instead, precinct caucus attendees selected representatives for higher-level gatherings where the delegation to this summer's Republican convention was elected. Trump's angry tweets about Colorado unleashed a torrent of response. Hundreds of people are expected to demonstrate in Denver on Friday.

"We want to have a peaceful protest and just gather and swap stories and have a showing of the vast number of people who were disenfranchised this year," said organizer Erin Behrens of Arvada, Colo.

Behrens says her frustration with the process started on Super Tuesday, when the party volunteer running her precinct caucus appeared to be actively discouraging Trump supporters from participating further in the process. The final result at the state assembly just confirmed her fears.

"When we saw that all 34 delegates were going to Cruz, it was even worse because I saw that what happened at my isolated precinct caucus, that happened all over the state on Super Tuesday," Behrens said. 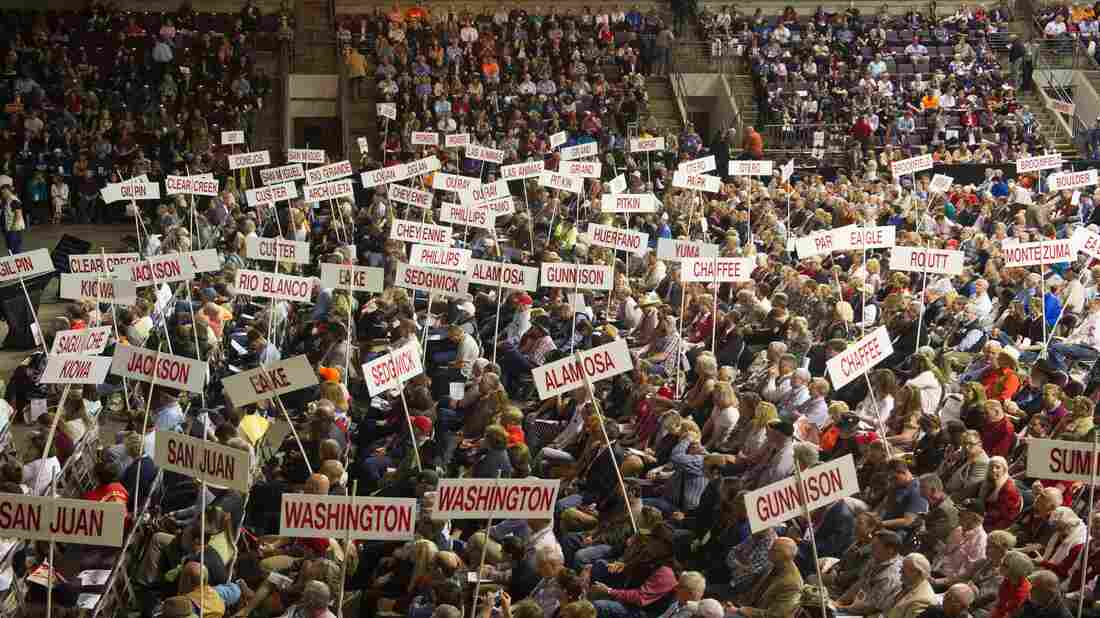 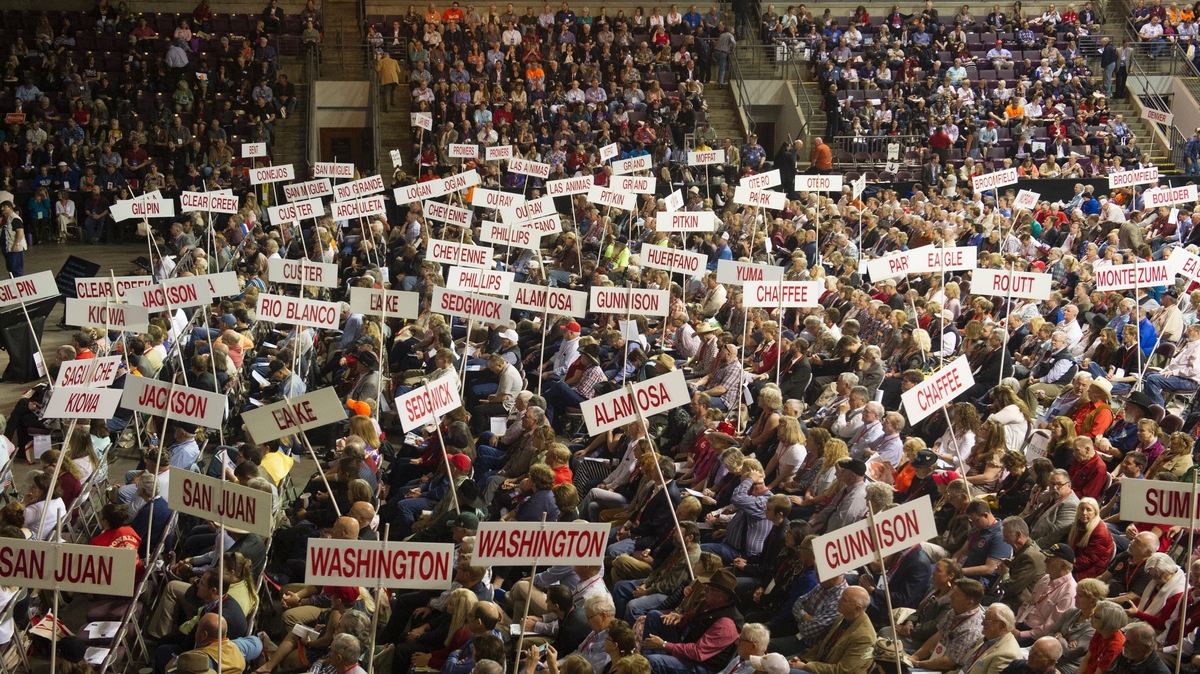 Attendees at the Colorado Republican Convention in Colorado Springs on April 9.

Trump supporters who did make it far enough in the process to vote for the RNC delegation complain about confusing ballots, with would-be delegates misnumbered or left off entirely.

State party chairman Steve House denies that the party has done anything to favor any candidate over another. He acknowledges that the delegate selection process did occasionally get messy, but says that, with hundreds of people running and thousands voting, that was unavoidable.

"This is a large organization. There are going to be points at which mistakes are made," House said. "I don't regret how we did our caucuses or what we did. I think we did it exactly the way it needed to be done, according to the rules and state law."

Left Out Or Just Out-Organized?

Defenders of the state party, and of Cruz's delegate sweep, accuse the Trump side of sour grapes, complaining after the fact about a process its leaders didn't pay enough attention to on the front end.

As far back as January, the Cruz campaign was identifying leading supporters among the state's Republican political elite and activist base and mobilizing them to make their way through the complex caucus process. Trump's side had no comparable organization. It finally hired an in-state consultant less than a week before the state assembly. By that point, Cruz had already won the first delegates at early Congressional district gatherings.

At one Congressional assembly, two members of the campaign's slate failed to pay the fee required to run. At the state assembly, handouts with the roster of preferred delegates were full of errors.

"The Trump people, they were just a hot mess," said former Secretary of State Scott Gessler, who ran successfully as an RNC delegate on the Cruz slate. "It's not that frickin' complex. ... Kasich's people were organized. They didn't have any support, but you don't hear them complaining."

Gessler warns that Trump's very public anger over Colorado's delegate selection could become a major liability for him in this swing state, if the businessman does secure the party's nomination.

"You cannot blow up the entire process here in Colorado because you're a sore loser and then expect people ... to be enthusiastically behind your campaign," said Gessler. "He needs the activists all in his boat, rowing as hard as they possibly can. And instead, he's insulting us."

For some of Trump's supporters, "party operatives" appears to be personified by Colorado Republican Party Chairman House. His cellphone has been ringing almost nonstop since last weekend with angry callers from around the country, and demonstrators are threatening to picket his house. At party offices Thursday, no one was answering the phone; the voicemail message informed callers that there was no room left for messages.

House is concerned this interparty stress may continue all the way to the Republican National Convention. He's considering inviting one of Colorado's Republican sheriffs to accompany the delegation to Cleveland.

"[If] I can help secure my delegation by having somebody who's familiar with security protocols and can deal with local authorities to make sure our delegation is as safe as possible, I think it's a good idea," said House.

Erin Behrens, the organizer of Friday's protest, would like to see fellow Trump supporters ease up on House.

"The individual people, we can leave them out of this," Behrens said. "We just want to change the system."