Accessibility links
The Disappearing Middle: Electorate Way Less Moderate Than Past Primaries Democratic turnout is down this year. Republican turnout is way up. But they both have something in common: voters straying from the middle.

The Disappearing Middle: Electorate Way Less Moderate Than Past Primaries

The Disappearing Middle: Electorate Way Less Moderate Than Past Primaries 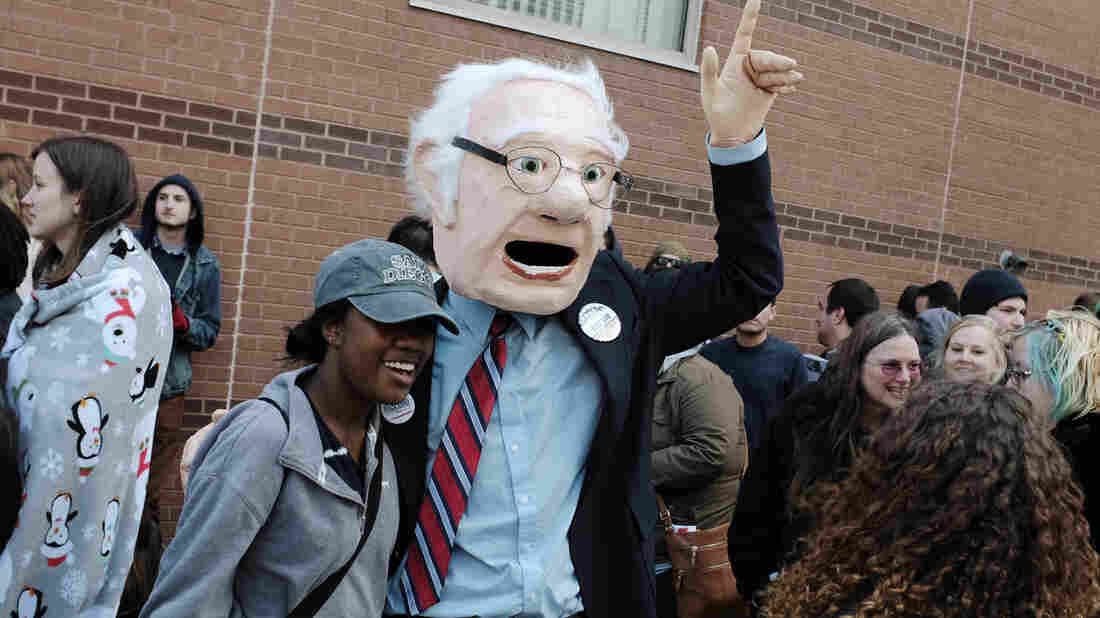 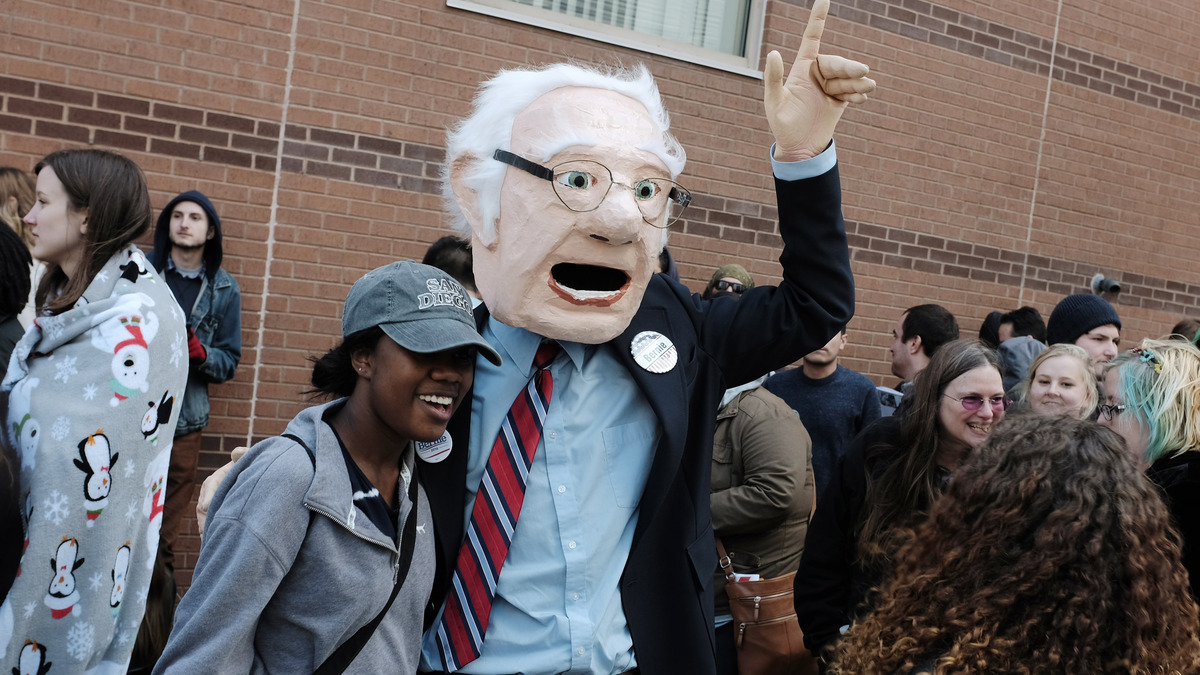 A supporter wearing a Bernie Sanders mask poses with a supporter before a campaign event at Temple University, April 6, 2016, in Philadelphia, Pennsylvania.

One of the biggest stories of the election cycle is turnout (as we've reported a few times now): Republican turnout has spiked far beyond 2012 levels, and Democratic turnout has fallen off after the party's mammoth 2008.

The tone and the turnout are vastly different between Republicans and Democrats this year, but oddly enough, both sides have something crucial in common: their voters are far less moderate than they were in their last primaries.

Let's start with the Republican numbers. The below chart shows the ideological difference between the Republican electorate this year and in 2012. Each dot represents one state — so, for example, 33 percent of Vermont Republican primary voters in 2016 said they considered themselves moderate or liberal, compared to 53 percent in 2012. That puts Vermont at negative-20 for "somewhat conservative" — the most extreme result we found among the 15 GOP states for which there was sufficient exit-poll data.

It's true exit polls can have a margin of error, but there's no mistaking a pattern here. In no state did the share of "moderate" and "liberal" GOP primary voters grow from 2012 to 2016. (The exit polls lumped moderate and liberal together in 2012, so they're not separated out here.)

Altogether, an NPR analysis finds that the share of "somewhat conservative" voters on the GOP side climbed by nearly 10 percentage points in 2016 over 2012's primaries. (That is, among the states with exit polling data for both years). The share who were moderate or liberal, meanwhile, fell by around 9 percentage points, and the share who were "very conservative" held relatively steady.

Something similar is at work on the Democratic side, as well:

The share of moderate and conservative Democratic voters was down — sometimes dramatically so — in most states that have voted thus far. Meanwhile, the share of people who are somewhat or very liberal is way up.

This year, around 60 percent of Democratic primary voters said they considered themselves "somewhat" or "very liberal," up from around 45 percent in 2008 (once again, among states with sufficient exit polling data for both years).

So interestingly, though voters on both sides are less moderate than in the last contests, Democrats this year have more decidedly moved toward the "very liberal" end of the spectrum. Republican voters, meanwhile, are way more "somewhat conservative" than in 2012, but don't appear to be more "very conservative."

One thing to keep in mind: Republican turnout across the board is higher this year. That means there are still a few more moderate and liberal Republican primary and caucus voters this cycle than there were in the 2012 primaries — it's just that the number of somewhat conservative Republicans shot up way more.

Likewise, Democratic turnout is down almost entirely across the board. Interestingly, even with the sharp drop off in turnout, multiplying the exit poll data by the turnout numbers suggests that the raw number of "very liberal" Democratic voters is, in fact, up slightly from 2008. However, the number of moderate and conservative voters dropped off steeply. And even though the share of "somewhat liberal" voters is up, the raw number is also down.

But anyway: all of this could mean that a bunch of moderate and conservative Democrats who voted in 2008 stayed home this year, while a lot of those somewhat and very liberal Democrats from 2008 came out again. Likewise, it could mean that the Republican wave of turnout is driven largely by a bunch of "somewhat conservative" voters who weren't there in 2012.

And looking at the results so far, there are simple explanations to why this might be happening. The very-liberal Bernie Sanders is probably driving some of the turnout among very-liberal voters. It's likewise possible that the somewhat-conservative Trump is behind the bump in somewhat conservative voters in Republican primaries (while Ted Cruz does better among very conservative voters, and John Kasich gets more votes among moderates).

But then, it might not just be candidate-driven: it's possible that lots of people have simply become more conservative or liberal than they were four or eight years ago. This is also to some degree plausible, as there is evidence that Americans are getting more polarized.

In other words, there's a chicken-egg question here, with no clear answer — chances are, they're both right. To the degree that voters are more polarized, they're gravitating toward more extreme candidates. And Sanders and Trump also both happen to be very good at energizing people to turn out and vote for them.