Accessibility links
How Math Determines The 'Game Of Thrones' Protagonist Network science: it can be used both to stop terrorists and predict television plotlines. Keith Devlin explains how it can be used to figure out the most important character in Game of Thrones. 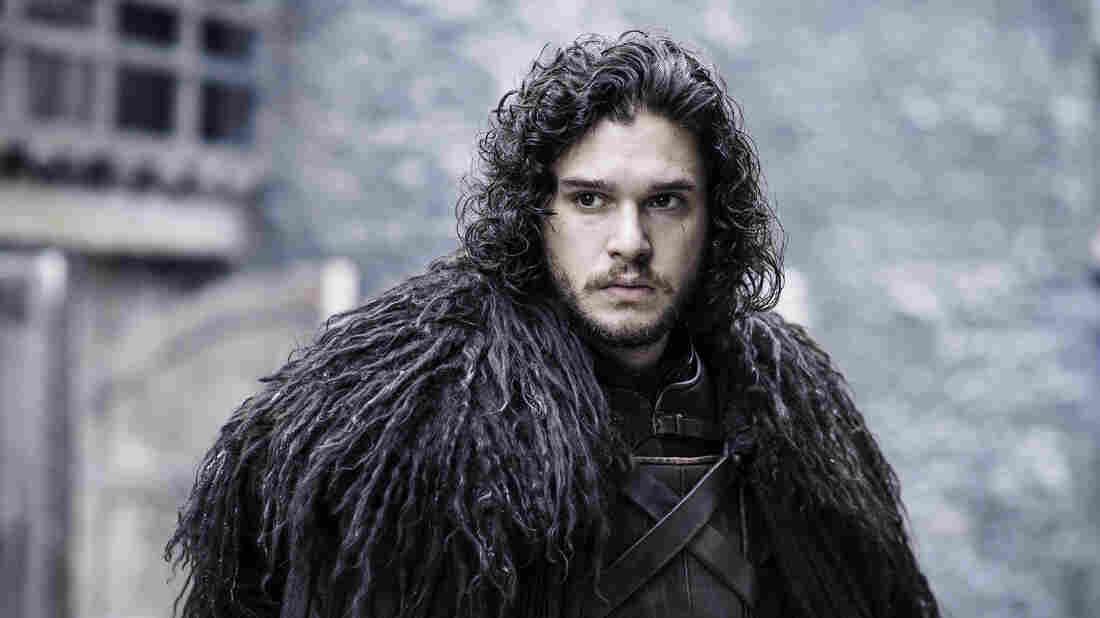 Kit Harrington plays Jon Snow, who researchers found is one of the most important characters in Game of Thrones. Helen Sloan/Courtesy of HBO hide caption 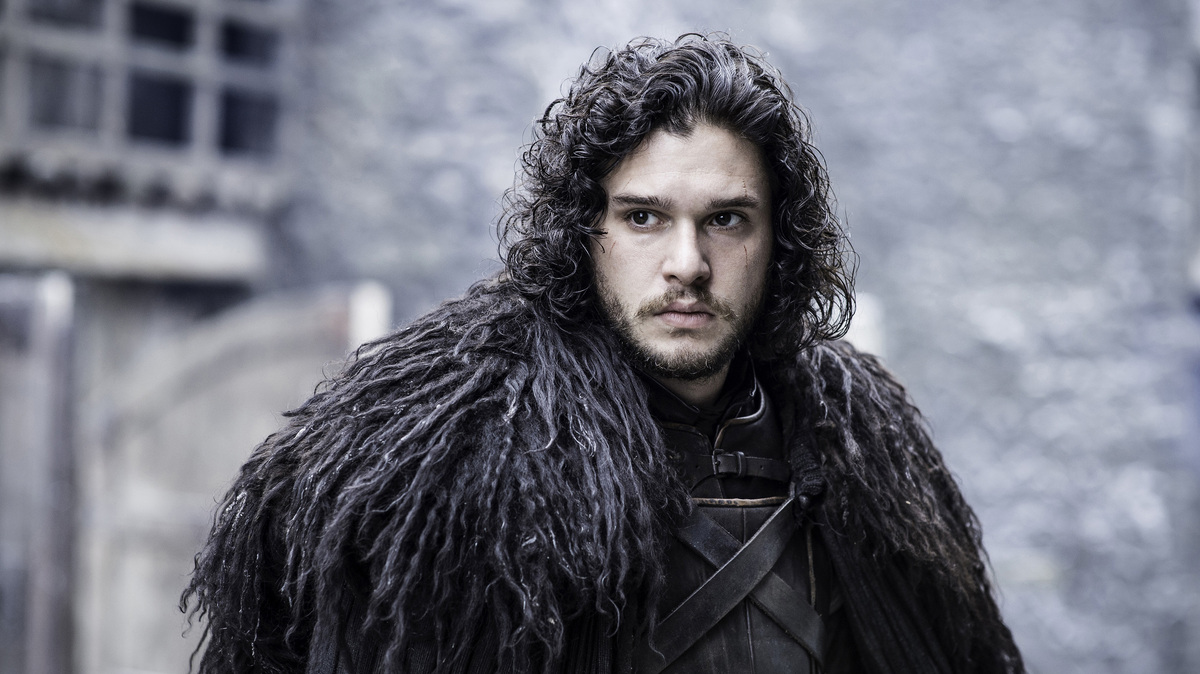 Kit Harrington plays Jon Snow, who researchers found is one of the most important characters in Game of Thrones.

The hit HBO series Game of Thrones, and the book series that it's based on, George R.R. Martin's A Song of Ice and Fire, features a sprawling cast of characters jostling for power. There are so many, in fact, that just who is the protagonist is a source of debate among GoT fans.

Associate professor of mathematics Andrew Beveridge and undergraduate Jie Shan of Macalester College set out to solve this problem. They used a burgeoning field of research called network science: the "study of network representations of physical, biological, and social phenomena leading to predictive models of these phenomena," as defined by a book of the same name by the National Research Council and others. It's essentially the study of how information flows from one part to another in a complex network, whether it's people, telecommunications, biological or any other type of network.

"Look at the networks, you look at the strengths of the connections between the networks, and almost always you find that one or two nodes come to the top and they're the most important nodes," Keith Devlin of Stanford University tells NPR's Scott Simon.

So who came out on top? Tyrion Lannister, according to the researchers, who published their work in the April issue of the Mathematical Association of America's periodical Math Horizons.

To start, the researchers organized 107 characters into "vertices," joined by 353 "edges." The edges are the links between characters — thicker edges mean a stronger link. And one important thing to note: this analysis was only based on the third book in the series, A Storm of Swords. 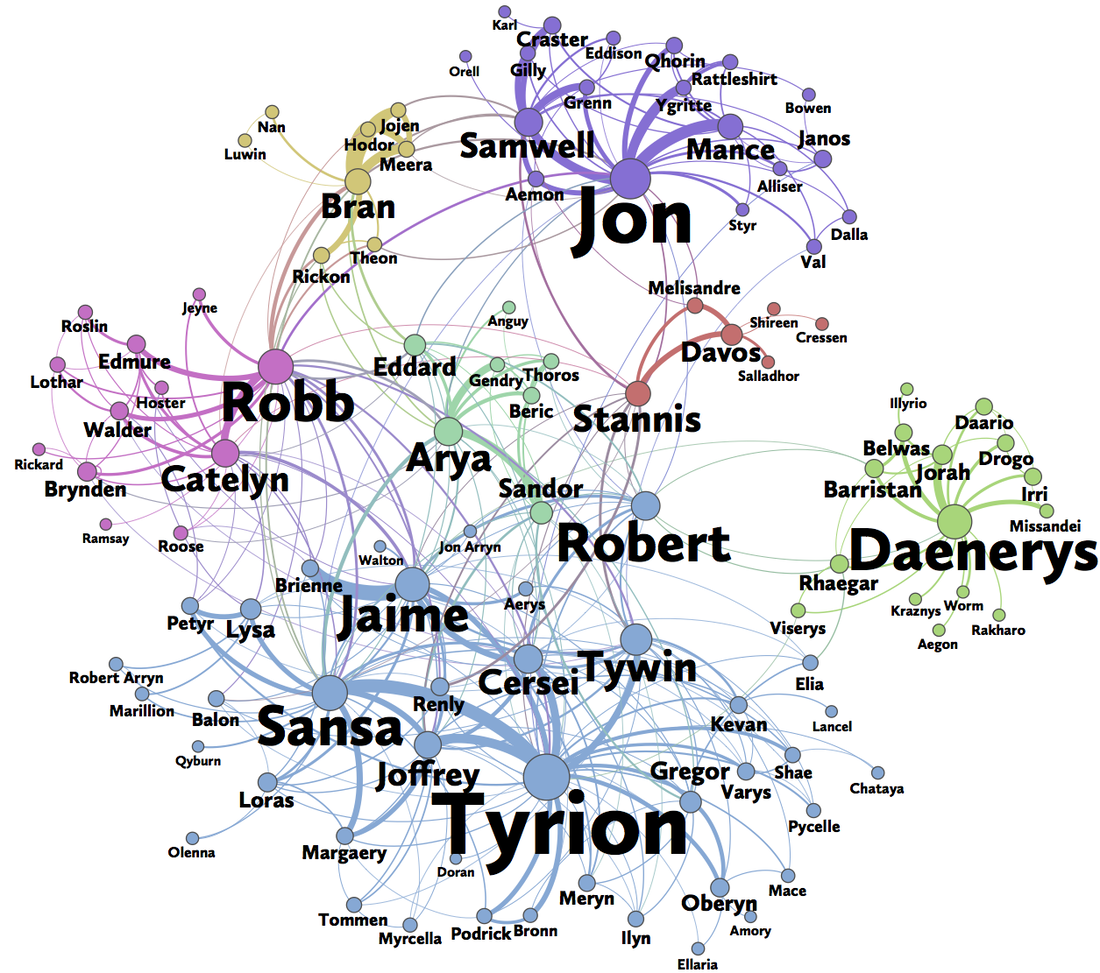 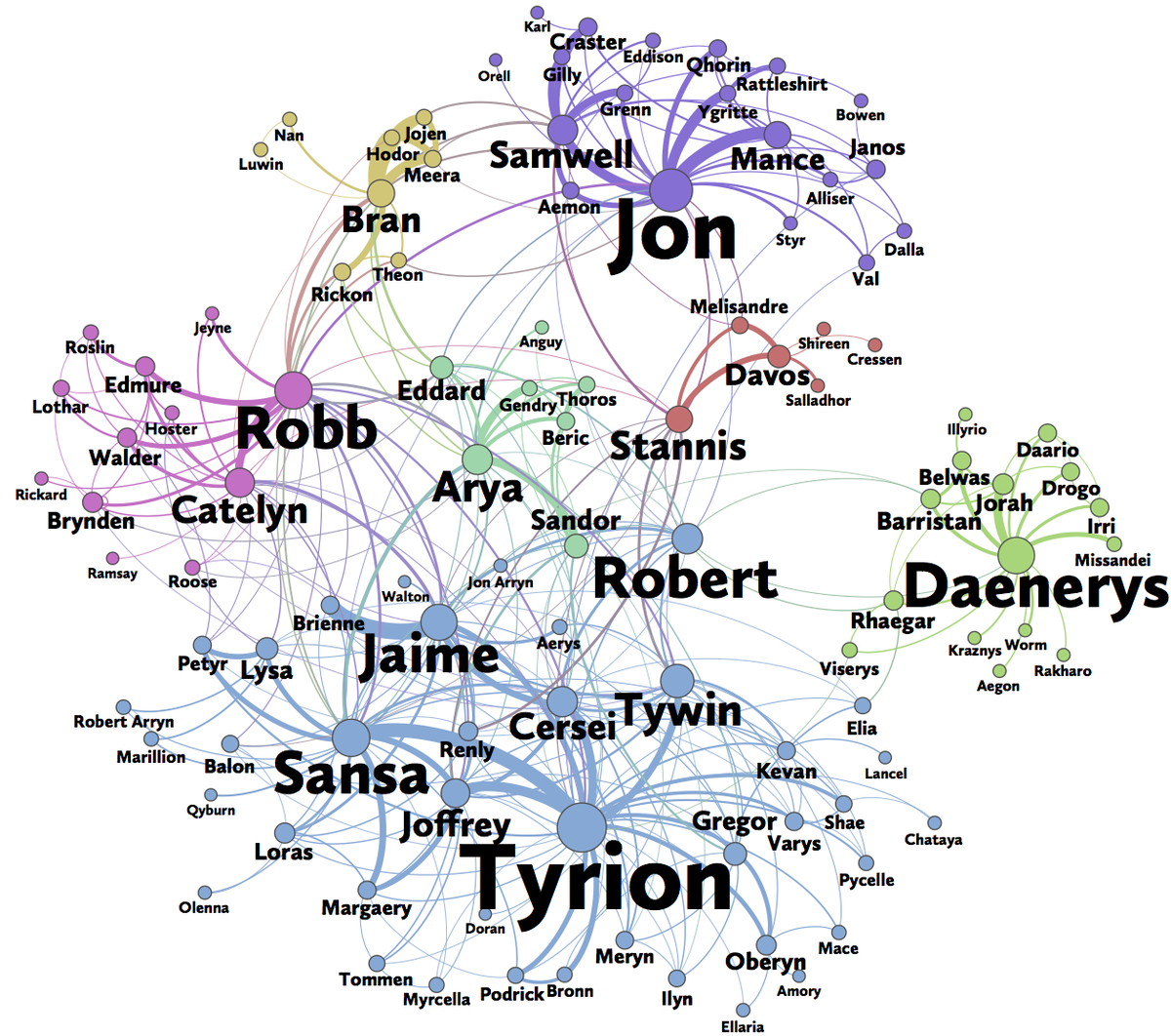 They used an algorithm to identify seven distinct communities: "the Lannisters and King's Landing, Robb's army, Bran and friends, Arya and companions, Jon Snow and the far North, Stannis's forces, and Daerenys and the exotic people of Essos."

Then the researchers used six "centrality measures" to figure out character importance. Because being important isn't just a matter of how many people you know. "A person can play a central role in multiple ways," they write. "For example, she could be well connected, be centrally located, or be uniquely positioned to help disperse information or influence others."

Closeness centrality looked at the average distance between one character and all the others. Lower closeness values mean a character is more important.

Finally, betweenness centrality looked at "how frequently that vertex lies on short paths between other pairs of vertices." In essence, how often was one person a relayer of information to another, or a "broker of information" through which "efficient communication" passes through. "Such connectors have the potential to be highly influential by inserting themselves into the dealings of other parties," they note.

Betweenness centrality is the only of the six measures that Tyrion does not win. Jon Snow is the top spot in that category, followed by Robert Baratheon and Tyrion in third.

They point to three characters who stand out in the analysis as a whole: Tyrion, Jon and Sansa Stark. Sansa, though often considered one of the weaker characters, is important because "other players are aware of her value as a Stark heir and they repeatedly use her as a pawn in their plays for power. If she can develop her cunning, then she can capitalize on her network importance to dramatic effect."

So, why does this matter? It's a demonstration of the potential of the science, the researchers say. And it has big implications for national security.

Translate this analysis to terrorist networks. National security agencies like the NSA work to follow the communications between suspected terrorists. Those most important characters — or nodes, "they're the ones who in a terrorist network, if you take them out, it causes significant damage to the network," Devlin says.

"The reason the NSA, and now the FBI, want to dragnet information about everybody, is the bigger the network is that you perform it on, the more accurate the results you're going to get," he says. "Things surface that would be otherwise lost in the sea of communications."