Accessibility links
Inky The Octopus's Great Escape Inky the octopus escaped from the National Aquarium of New Zealand and into Hawke's Bay. NPR's Scott Simon celebrates his ingenuity and second-guesses the octopus's inclusion on his dinner plate. 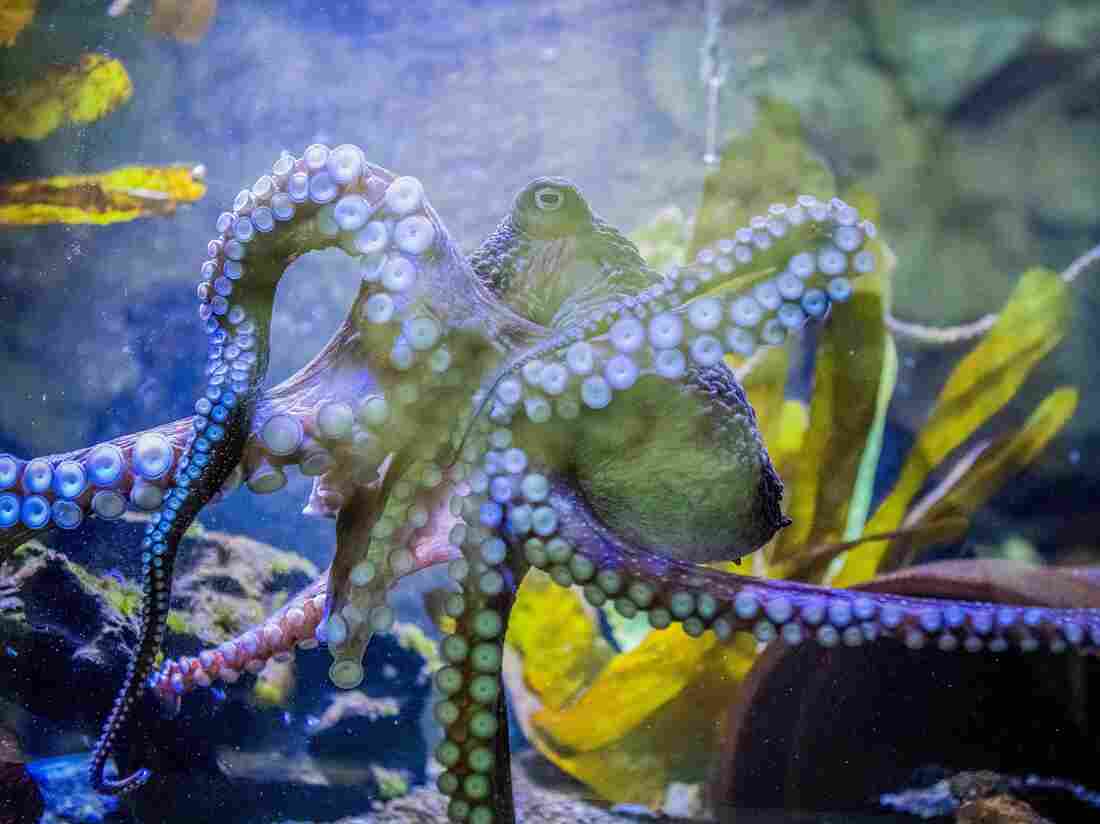 toggle caption
The National Aquarium of New Zealand via AP 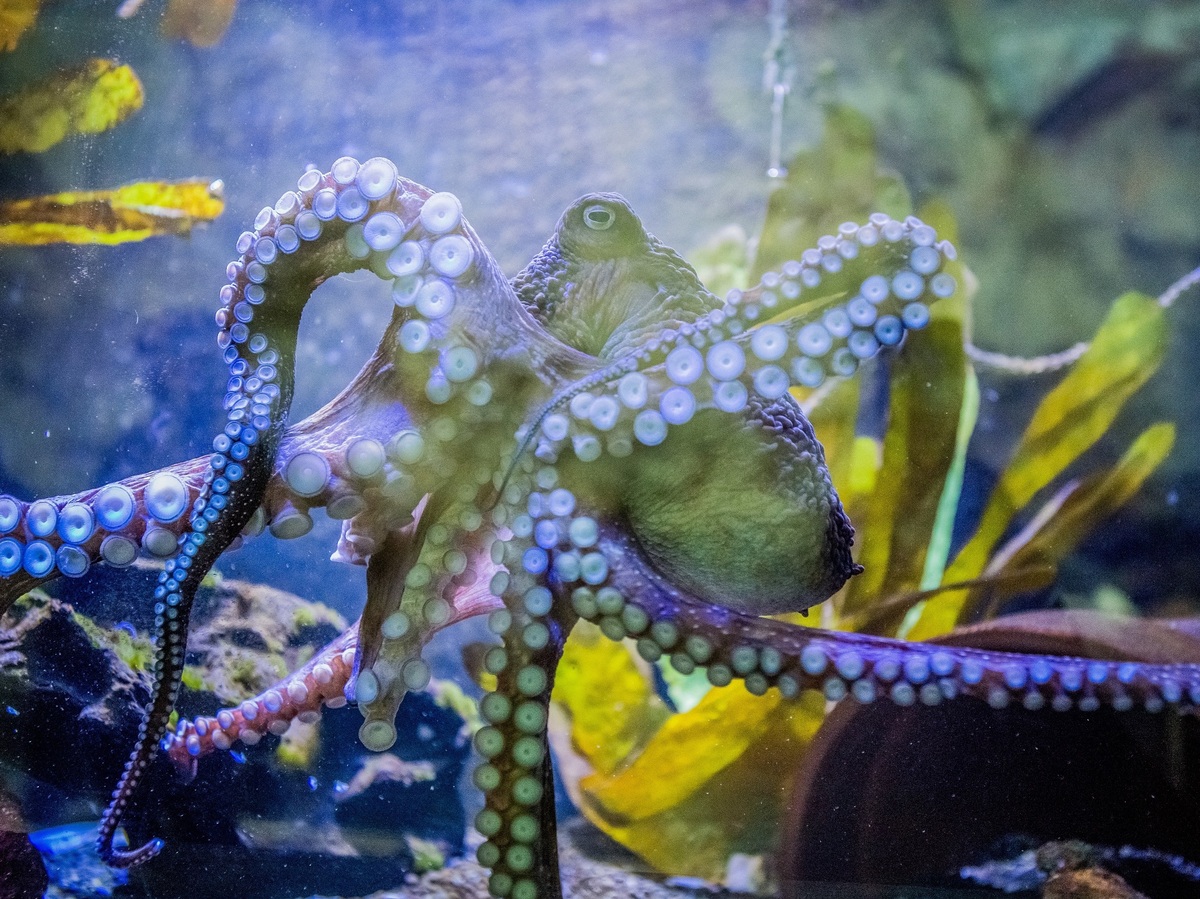 Inky the octopus swimming in a tank at the National Aquarium of New Zealand in Napier, New Zealand, before his escape.

The National Aquarium of New Zealand via AP

Inky, an octopus who is about the size of a basketball and of undetermined age, has lammed it out of his tank at the National Aquarium of New Zealand and is at large somewhere in Hawke's Bay, on the east coast of New Zealand's north island.

Near as experts can figure from his splotchy tracks, Mr. Inky — somehow, he deserves that honorific — squeezed through a slight gap at the top of his tank, flopped to the floor, then slithered about 8 feet overland to slide down a drainpipe more than 160 feet long and, finally, to plop into the bay.

He left behind his tankmate, Blotchy, who so far has told authorities nothing.

Blotchy is an octopus, but no stool pigeon.

The escape apparently happened several months ago, but was only certified in the past few days. Rob Yarrall, the aquarium's manager, told Radio New Zealand that employees had searched the aquarium's pipes, but found no trace of Inky.

"He managed to make his way to one of the drain holes that go back to the ocean, and off he went," Yarrall said. "Didn't even leave us a message."

What was Inky supposed to say? "Thanks for all the cuttlefish. But I gotta be me. Inky."

They have also been known to open jars — I think I've seen a YouTube video of that — and use coconut shells to build shelters on the ocean floor; something which, by the way, I couldn't begin to do.

"They have a complex brain," says Harvey of octopuses, "excellent eyesight, and research suggests they have an ability to learn and form mental maps."

We should be careful not to project human traits onto octopuses. But it's hard not to note that Inky chose to bolt from surroundings in which he was safe, secure, and hand fed, for the dangers of an open sea that teems sharks, seals and whales that might eat him. Inky chose liberty over security.

And when you hear that Inky and octopuses have the brains to plot Steve McQueenish escapes, build coconut shell edifices, and form mental maps, for me, at least, it gets a little harder to think of them being grilled and served for dinner.