Accessibility links
Texas Power Players Sit Out Political Opposition To Obama's Clean Power Plan Texas is one of 24 states driving the lawsuit against Obama's climate change initiative. But some of the state's energy companies transitioning toward cleaner sources support the new regulations. 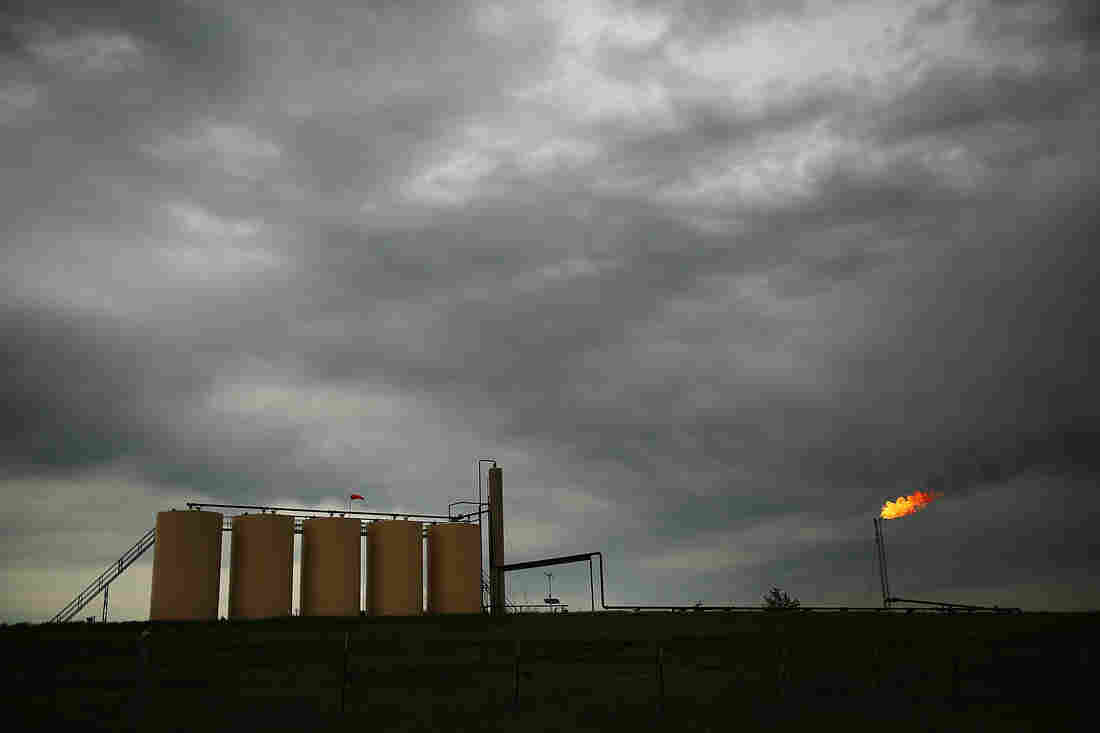 Natural gas is flared off at a plant outside of the town of Cuero, Texas. The Clean Power Plan reinforces the state's trend away from coal, due to Texas-based companies that are big on cheaper, cleaner natural gas. Spencer Platt/Getty Images hide caption 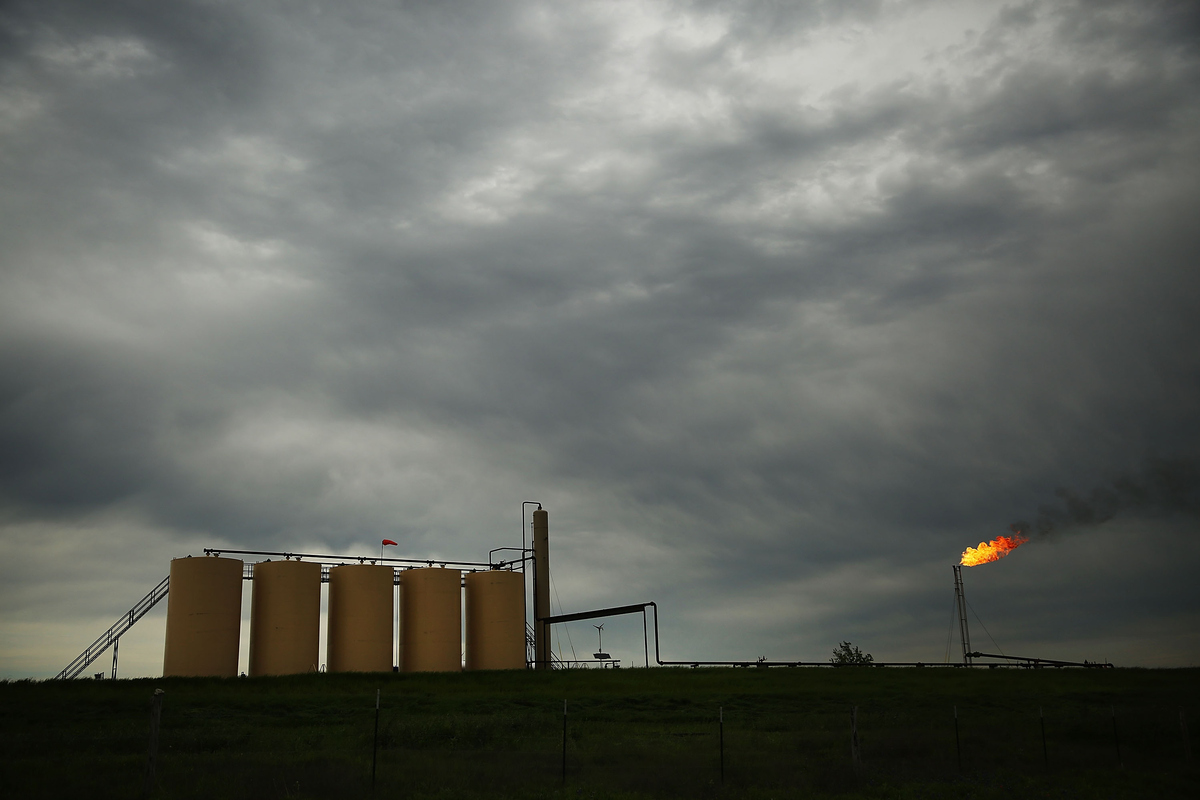 Natural gas is flared off at a plant outside of the town of Cuero, Texas. The Clean Power Plan reinforces the state's trend away from coal, due to Texas-based companies that are big on cheaper, cleaner natural gas.

Twenty-four states are suing to block the Obama administration from implementing its new clean power regulations — the cornerstone of a promise that the United States will reduce greenhouse gas emissions to limit global warming. Those rules come out of the Paris Climate Accord, which Secretary of State John Kerry plans to sign on Friday.

Texas is one of the states leading the fight against the Clean Power Plan. If you ask almost any statewide office holder they'll tell you the plan is bad for the economy. Before Texas Attorney General Ken Paxton spoke publicly in October for example, his wife Angela introduced him with a song: "I'm a Pistol-Packin' Mama And My Husband Sues Obama."

These days, Paxton is facing his own legal troubles on SEC fraud charges. But when it's him suing the federal government, it's often over EPA regulation.

It may come as a surprise then, that energy companies here are not as unanimous in their opposition. That's because Texas' energy sector is transforming rapidly.

Austin, a city with a strong environmental bent, is trying to get away from coal and move toward wind solar and natural gas to reduce its carbon emissions. Gas generation produces less carbon dioxide than coal.

John Wester works for Austin Energy, the city-owned utility that runs the Sand Hill natural gas plant outside of Austin.

"Our long-term plans are to go as much toward renewables as possible, but there's going to be natural gas for a while," Wester says.

The move away from coal is part of meeting the city's environmental goals. But it also follows the direction of the market. This month, even the historic coal company Peabody filed for bankruptcy. One of the causes of coal's woes is cheap natural gas — something Texas has in abundance.

"We really see what we are promoting as a very Texas way to do this," says Brett Kerr, a lobbyist and spokesperson for Houston-based Calpine Energy, the largest independent power producer in the country. Kerr says Calpine consumes 15 percent of the gas produced in Texas.

"To be clear, we are not a public policy shop, and while we value environmental stewardship and that's one of our core principals, we also think it makes a lot of business sense for us," Kerr says.

Because Calpine is so big in natural gas, Kerr says if the Clean Power Plan reinforces the trend away from coal, that's a huge national business opportunity for Calpine and other energy companies like it.

Then what do we make of all that pistol-packin' rhetoric opposing the plan?

"It's a contradiction," says David Spence, a professor of energy regulation at UT Austin. "It seems as though political ideology is driving a lot of the positions being taken by states and state institutions ... because clearly Texas will sell a lot of natural gas to a lot of power plants all over the country, who will be generating more often because of the Clean Power Plan, yet we are opposing the Clean Power Plan."

If the plan is struck down, he says Texas and some other states will likely hold onto more coal power, but the long-term trends will stay the same. With more electricity coming from wind solar and natural gas in the future.