Accessibility links
Turnout And A Trim: Bid To Boost Black Men's Voting Heads To The Barbershop African-American men tend to vote at lower rates than other groups of Americans. So, a Philadelphia civic activist is recruiting barbers to talk to their customers about voting and local engagement. 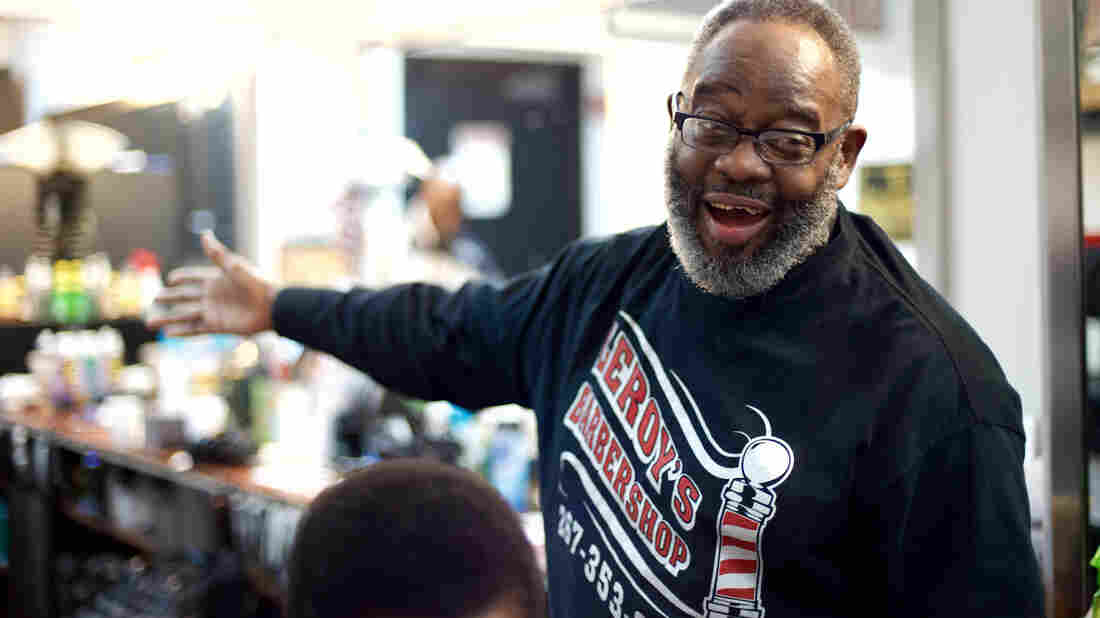 Barber Leroy Robinson Jr., one of the participants of the Sharp Insight project, has a shop on Lancaster Avenue in West Philadelphia. Bastiaan Slabbers/WHYY hide caption 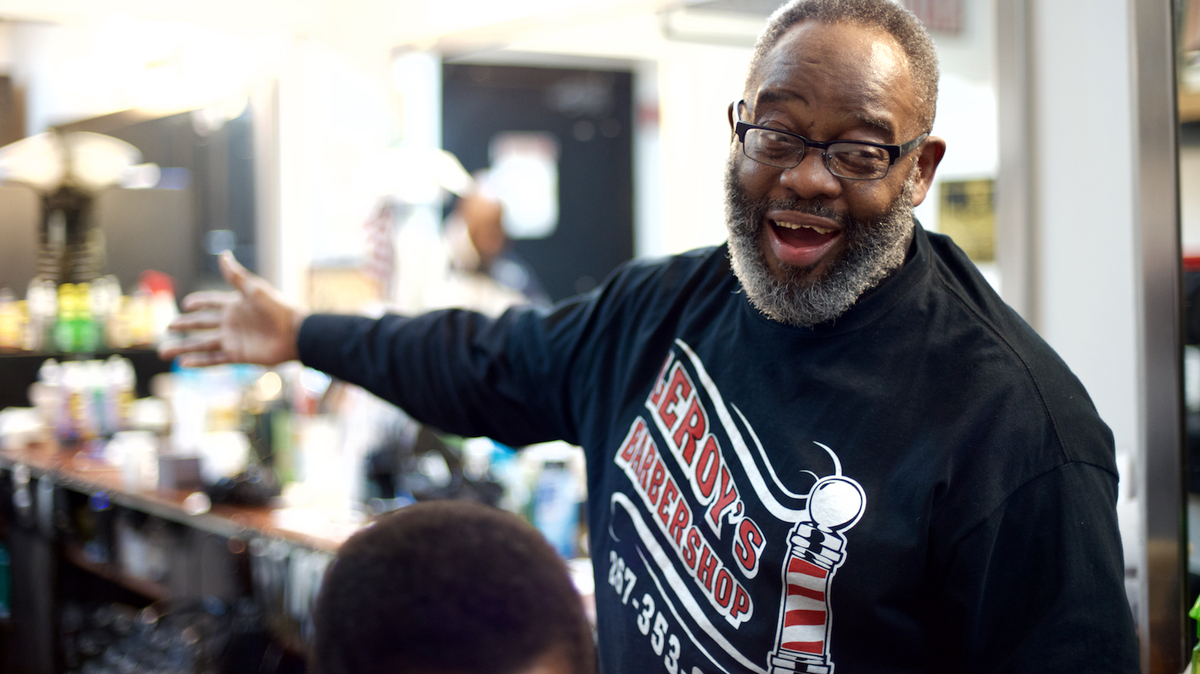 Barber Leroy Robinson Jr., one of the participants of the Sharp Insight project, has a shop on Lancaster Avenue in West Philadelphia.

Leroy Robinson Jr. owns a barbershop in West Philadelphia. He's been doing this work for 40 years — and he says the trade runs in the family.

"My father's a barber, my brother is a barber and here I am," he says.

His favorite part of the job is talking to his customers about, well, nearly everything.

"Right now, the political thing is on the horizon," Robinson says, "But the biggest thing right now is Villanova."

Robinson is part of a project trying to get barbers like him to focus less on local NCAA champions and more on the "political thing" in this election year.

The project, called Sharp Insight, is the brainchild of Duerwood Beale, a rapper-turned-local nonprofit director. Beale has been doing outreach work in barbershops for about 20 years, sharing information about STD testing and registering people to vote. Beale says barbershops, which have been called the "black men's country club," are the ideal place to reach men of color of all ages, backgrounds and beliefs. 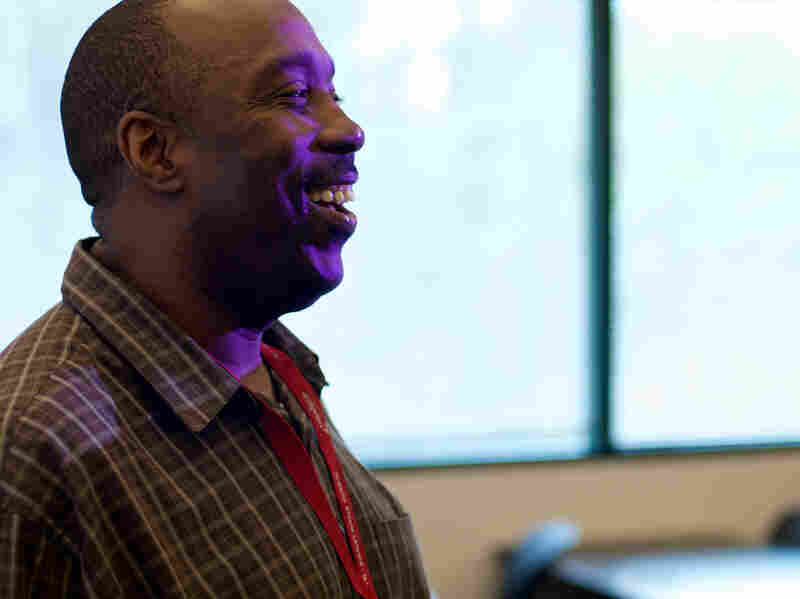 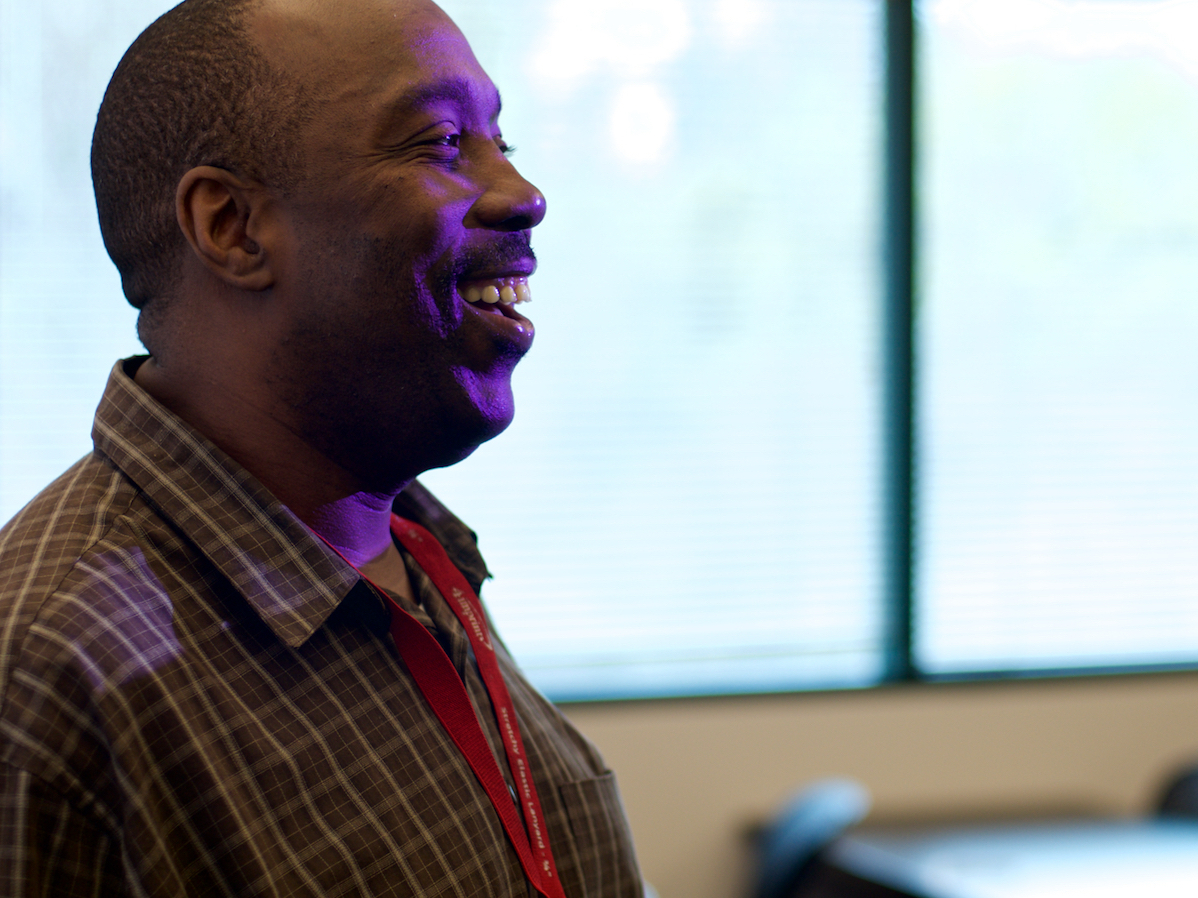 Now, with the help of a $250,000 grant from the Knight Foundation, Beale is trying to get barbers themselves to share information, with the goal of getting more black men to the polls. Black men tend to vote less than black women and white men, while at the same time facing high rates of poverty and incarceration.

"This is a way to help bring the family back in a sense, give men more power, inform men and give them an opportunity to be problem-solvers in their own families and in their communities," says Beale.

Last month, Beale and one of his partners, Steve Vassor, started training barbers to share nonpartisan election information with their customers.

"We're not interested in party, whether a person is Democrat, Republican, Socialist, the Rent Too Damn High — none of that matters to us," Vassor told a group at a recent training session. "What matters is that black men are participating more in the civic life in Philadelphia."

Still, some barbers say it could be awkward to bring up the topic of voting with their clients.

"I was really sitting here thinking like, how many people really ask about these questions?" says Samir Wise, a barber from northwest Philadelphia.

Some barbers — especially those in poor neighborhoods — say it's hard to talk about elections when their clients have saved up money for a haircut to help them get a job, but they haven't eaten a solid meal for several days. Some clients have felony convictions and aren't sure they can vote.

Even some of the barbers have admitted they don't vote themselves.

Beale says this feedback has shifted the project somewhat away from voting, and instead toward helping the barbers encourage their clients to become more involved in their communities by attending meetings or volunteering.

"We said all of these things you're telling us, most of them are influenced by civic engagement," he says. "So when you talk to them, you can talk to them, explain to them how in order to have more opportunities around jobs, we have to talk to our elected officials to find out what's out there."

Beale wants to get more men of color to connect those dots by harnessing the power of conversation barbers already have.

"Black men have to help other black men and it starts from there," he says. "If we can do that, then we can help their families."

So far, Beale has recruited 49 barbers and hopes to get to 60. He estimates the project could reach at least 2,000 black men over the next six months.