Accessibility links
Richard Linklater Goes To College — 22 Years Later — In 'Everybody Wants Some!!' The director's new film follows a young baseball player through his first days of college; it's kind of an informal sequel to Linklater's 1993 last-days-of-high-school hit Dazed and Confused. 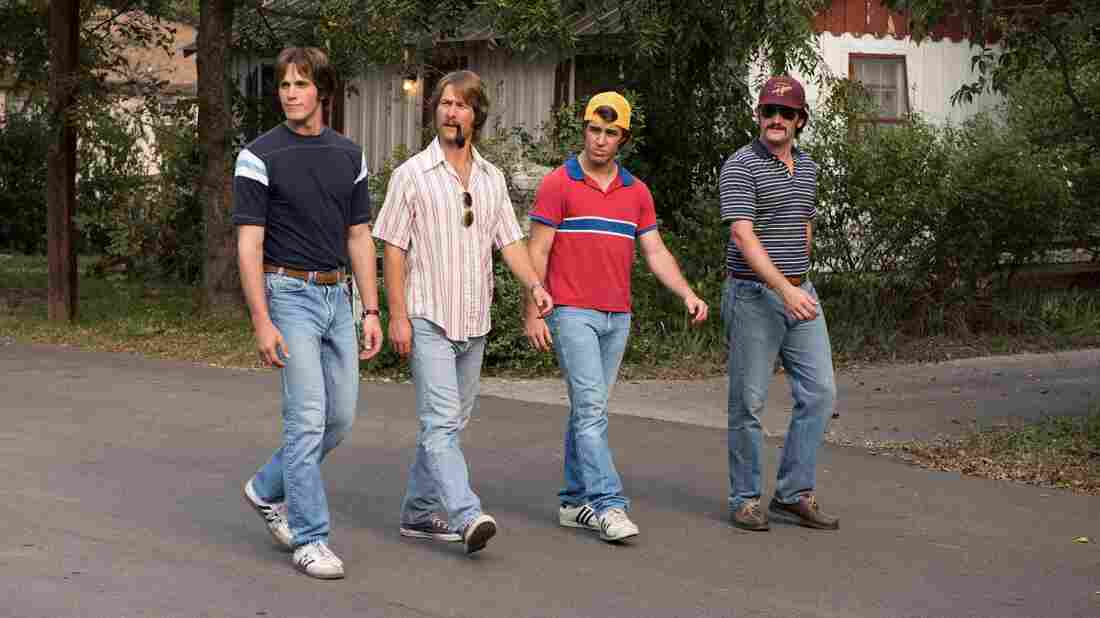 Blake Jenner, at left, plays Jake in Everybody Wants Some!!, but he's also a stand-in for director Richard Linklater. Van Redin/Paramount hide caption 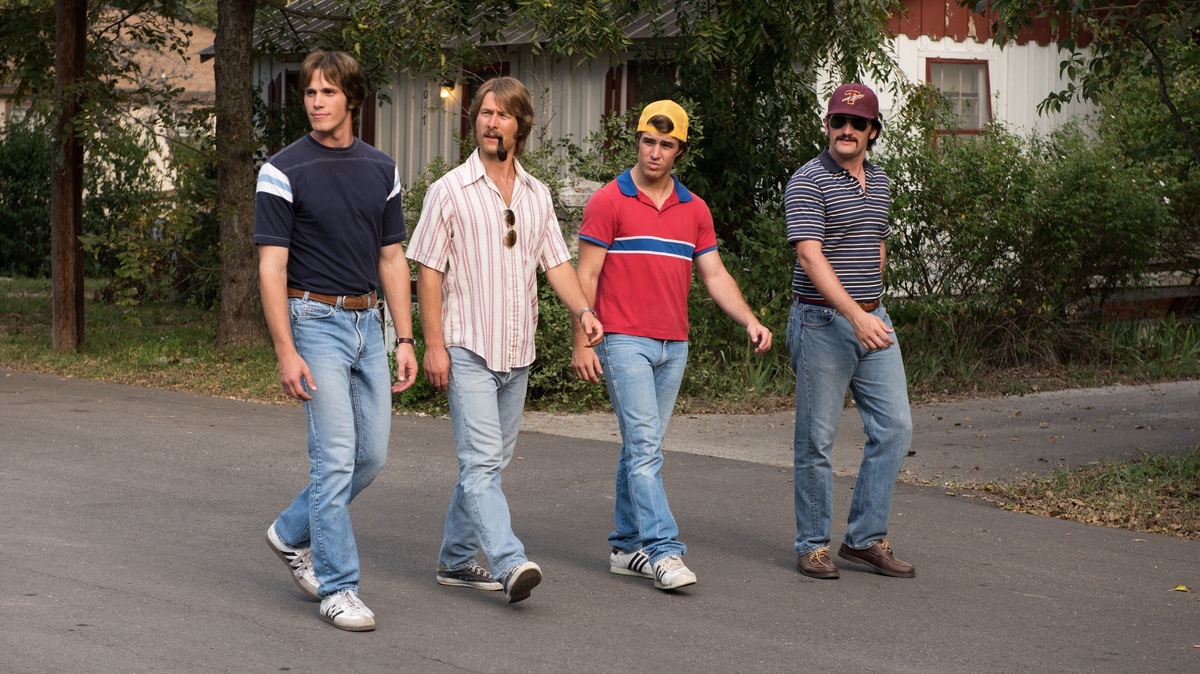 Blake Jenner, at left, plays Jake in Everybody Wants Some!!, but he's also a stand-in for director Richard Linklater.

In Everybody Wants Some!!, high school baseball star Jake arrives at college for his freshman year. He moves into the team house where there's a lot of sitting around, drinking and Ping-Pong.

Jake is played by actor Blake Jenner. But director Richard Linklater says Jake is Linklater himself, too. What seems like just a dude movie is actually the story of Linklater's own transition from high school to college — and it picks up where his classic film Dazed and Confused left off.

"Dazed and Confused was my high school; this is my college," he tells NPR's Rachel Martin. "It's only four years later, even though I took 22 years to get around to making the sequel."

On the new environment Jake finds at college

'Before Midnight,' Love Darkens And Deepens

Almost everyone can tell you, you go off to college, literally you're the person with a bag, showing up at a new place. Here are your new roommates, and in the case of the movie, they're teammates, because they play on the baseball team. But it's not even baseball season, so there's not really much baseball in the movie — but it's just the environment that he finds himself in, it's very competitive, so it's very male, very testosterone.

Strangely, to me, this is sort of a continuation of Boyhood. It's a completely different part of my personality, but it picks up where Boyhood leaves off — it ends with him going off to college, that was 12 years leading up to that, this is like the next three days, you know, for me, autobiographically speaking.

You know, I felt like suddenly you're thrown into an adult world, even though you're still a teenager, and I started thinking, like, oh, I'm kind of accountable now. Like, if I take these classes and I blow off class and I do poorly, you know, there's some accountability as an adult that will determine the rest of your life ... I remember, it felt like, okay, game on for my adult self ... but it was also identity, who do you want to be.

On shooting a long scene of the characters in a car, singing along to "Rapper's Delight"

That was a note in post-production, "You know, that scene could be shorter." Like, yeeeah, but I really want the three main guys, they're the upperclassmen in the car, I don't want to leave them out. They're passing the mic — that's what you did back then, if the song's going on. I was in that back seat — like I said, this is autobiographical. I remember guys singing along to "Rapper's Delight," and I just thought that was funny. But it sets the tone for the movie. Like, you're just hanging out with these guys. If you're bored, or waiting to get to the next thing, maybe this isn't your movie. But if you really like the energy and the humor and these guys' personalities, being invited into this kinda crazy world, then it's all fun.