Accessibility links
This Is The Length Of Alex Trebek's Game Show Tenure — What Is 50 Years? The longtime Jeopardy! host got his start in 1966 on a show for Canadian high schoolers called Reach for the Top. Fifty years in, he says spending time with smart people is the best part of his job. 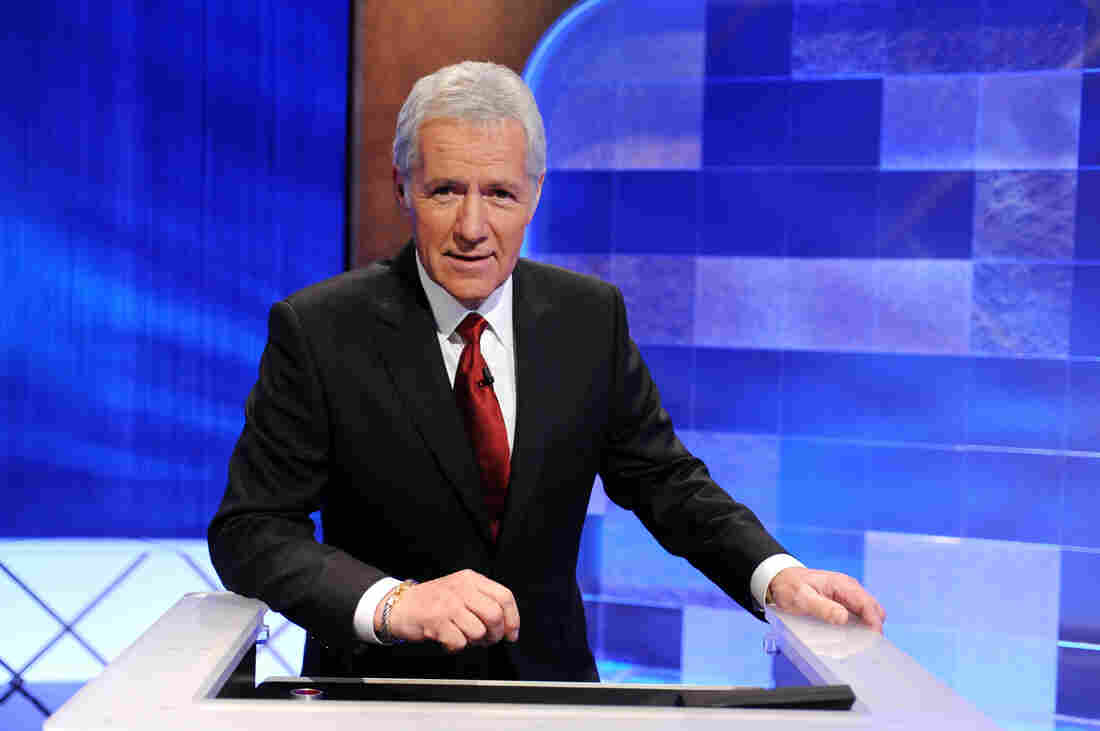 Alex Trebek has appeared in nearly 7,000 episodes of Jeopardy! since he began hosting the show in 1984. Amanda Edwards/Getty Images hide caption 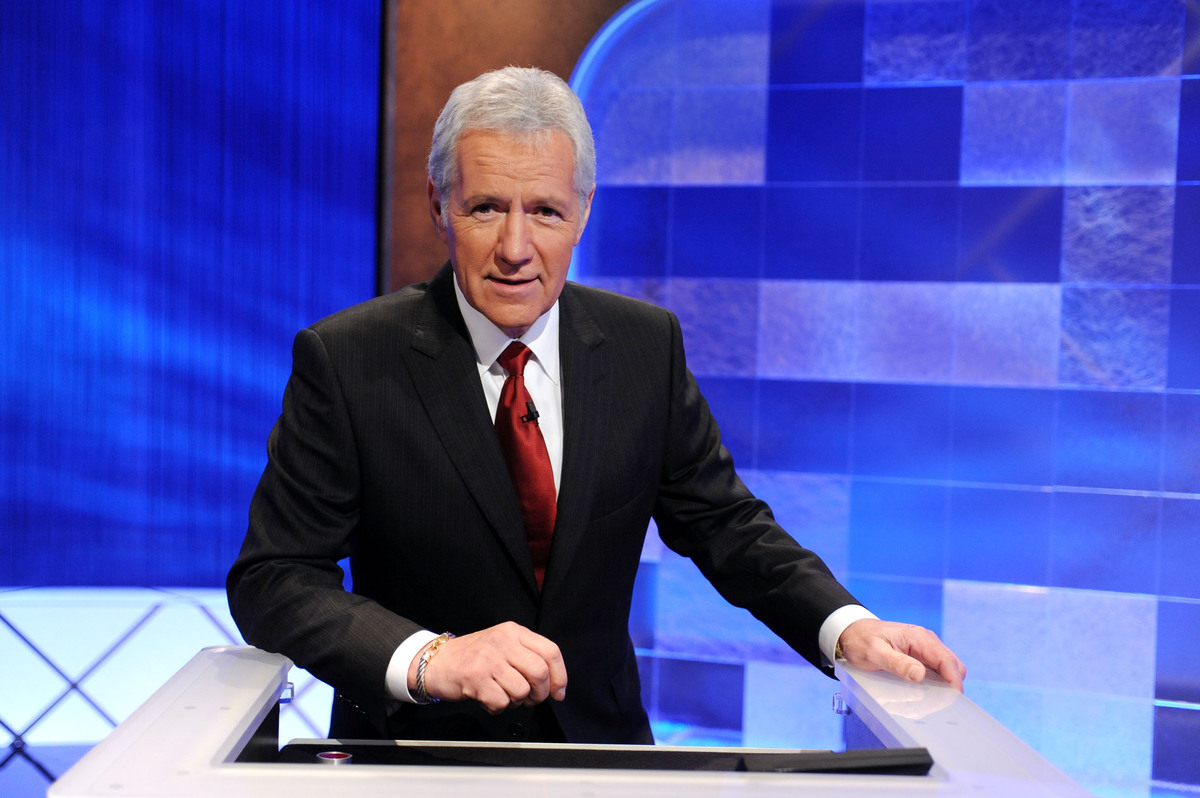 Alex Trebek has appeared in nearly 7,000 episodes of Jeopardy! since he began hosting the show in 1984.

If Jeopardy!'s Alex Trebek gives the appearance of someone who has been hosting game shows all his life — that's because he has. Trebek's first hosting gig was in 1966 on a show for Canadian high schoolers called Reach for the Top. "We discovered that I was fairly good at that," he tells NPR's Rachel Martin.

As Trebek hits his 50th year of hosting, he says the best part of the job is getting to spend time with smart people. "I love spending time with bright people ..." he says. "And Jeopardy puts me in touch with bright folks all the time, and I enjoy that."

He talks with Martin about the origins of Jeopardy!, the best book he's read recently, and his struggles with insomnia.

On getting to talk with Jeopardy! contestants

Some of them — for want of a better term — are nerds, but most of them are just bright people. ... I chat with them during the commercial break and get some sense of them. What I'm trying to do is get across to the viewers that these are ordinary folks, you're going to like them, because look what happened to them, and it might've happened to you also.

On why Jeopardy! has enjoyed such longevity

I've been told that since Jeopardy! went on the air, approximately 400 other game shows have come and gone. So why has Jeopardy! survived? Because of the gimmick of the question and answer — and I guess the fact that Americans are very competitive and people play along at home just to test themselves. 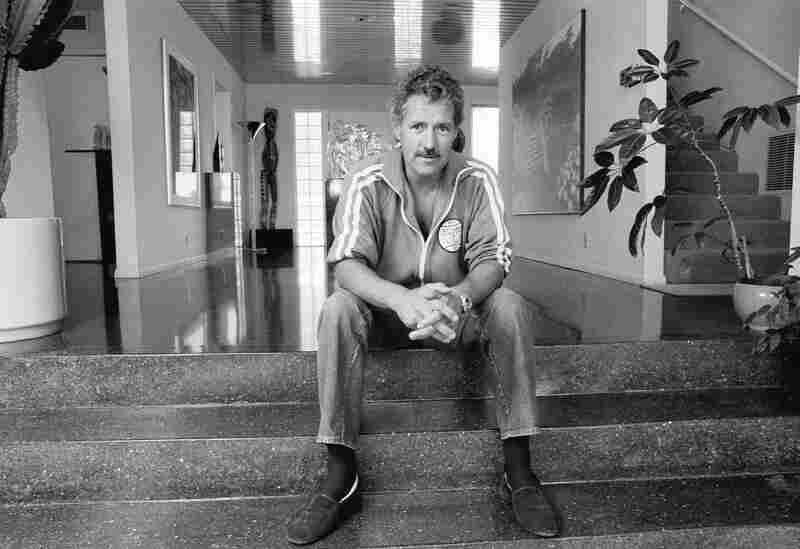 Trebek's U.S. TV debut was in 1973 in a show called Wizard of Odds. He's shown above in his Los Angeles home in 1988. Alan Greth/AP hide caption 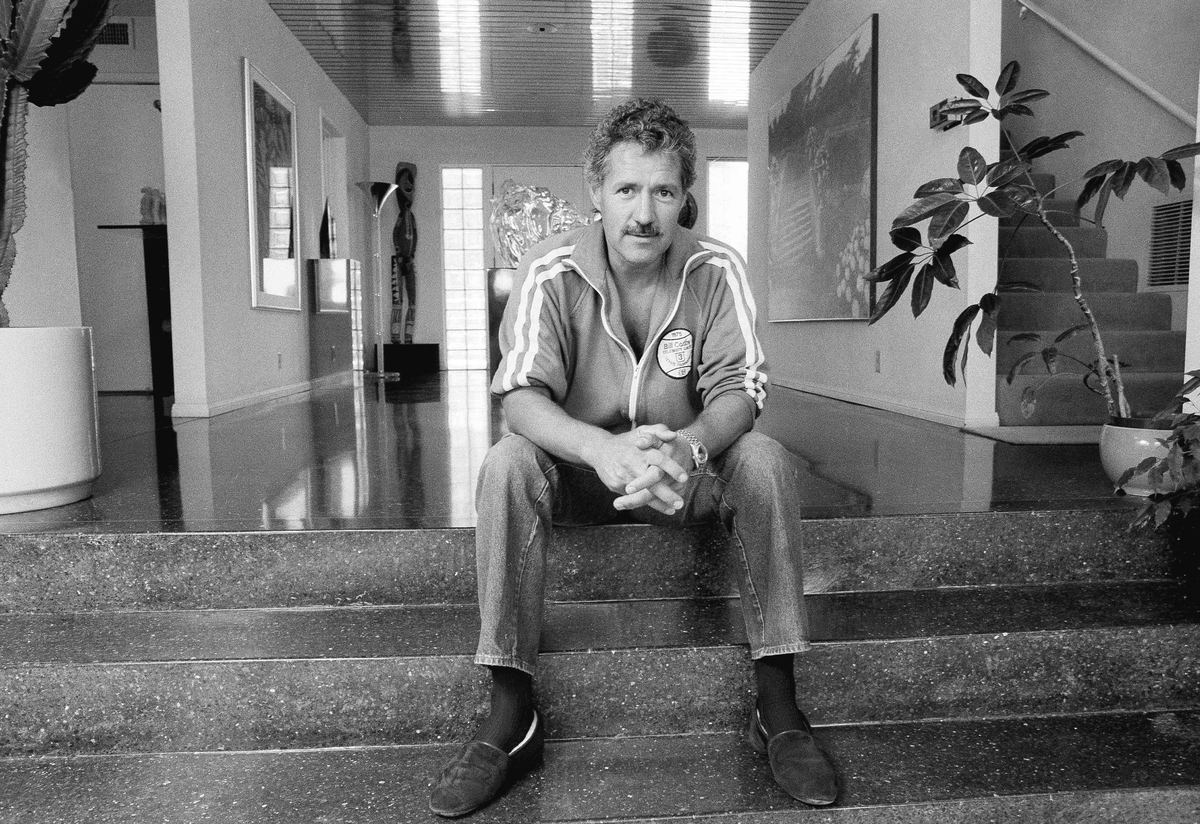 It was a suggestion by Julann Griffin, [Jeopardy! creator] Merv Griffin's wife at the time. He was trying to come up with a game show and she said: "Why don't you give them the answers?"

And he said, "Are you crazy? That's what caused the scandals a few years ago and got us in trouble with the government and the broadcast commissions and everything. No, we can't do that. Why, what are you thinking?"

And she said, "That's right. Ding!" and that was the beginning of Jeopardy!

On his struggles with insomnia

It sucks. ... It makes me fall asleep at weird hours of the day. I have fallen asleep a number of times at the wheel of my truck. I've fallen asleep at a stop sign at noon. It's scary. If I'm really tired then I will sleep. But if I'm not really tired, it becomes a problem, and sometimes I'm awake most of the night and I fall asleep mostly at about 5:30 in the morning.

On how he passes time when he can't sleep

I go down to my desk and I'll do crossword puzzle or I will read, and that starts to tire me up. When I start to yawn two or three times in a row, then I put the book away, go back up to bed and I'm fine.

What Story Would You Tell On Jeopardy?

What Happens When Your 'Jeopardy!' Response Goes Viral

On the last book he read that he couldn't put down

It's called The Divide [by Matt Taibbi]. It's about the difference in the administration of justice in our country. Comparing the hedge fund managers, for instance, who caused the financial crisis a few years ago. The companies have had to pay billions and billions of dollars in reparations and fines and yet no one has gone to jail. And the author compared that administration of justice to very poor, Hispanics, black Americans — they suffer a great deal.

On the current presidential race

I don't like anybody right now. No that's not true, there are some people out there that I do like. But I'm very disappointed in the tone on both sides, the Democrats and the Republicans. But political campaigns in the past have been brutal, have been nasty, but I wish that we could get to a point of more civility. We seem to be so hard set in what we call our principles, which are not so much our principles but our prejudices. Let's try to get beyond that.