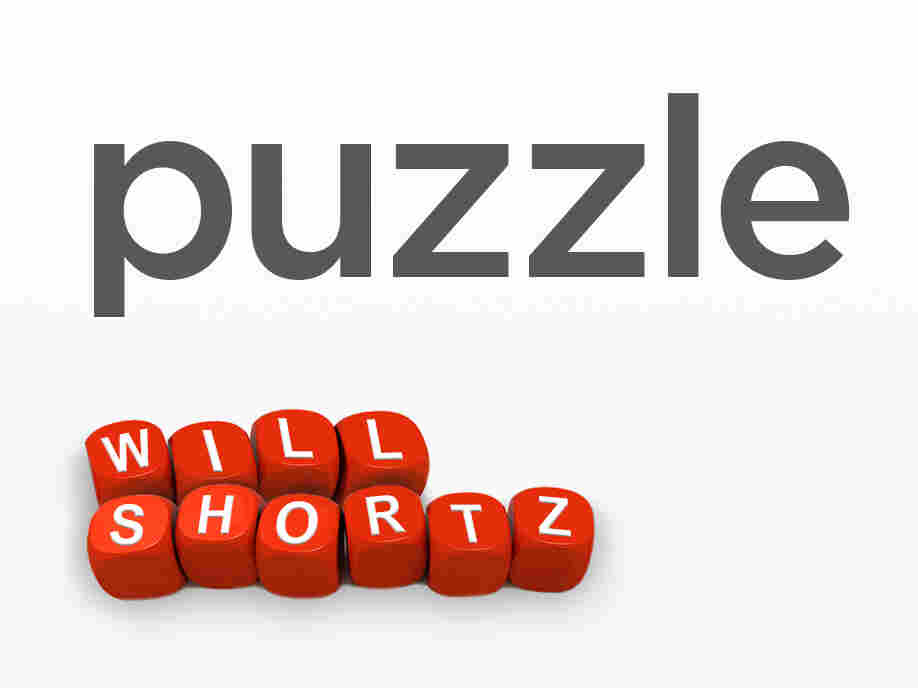 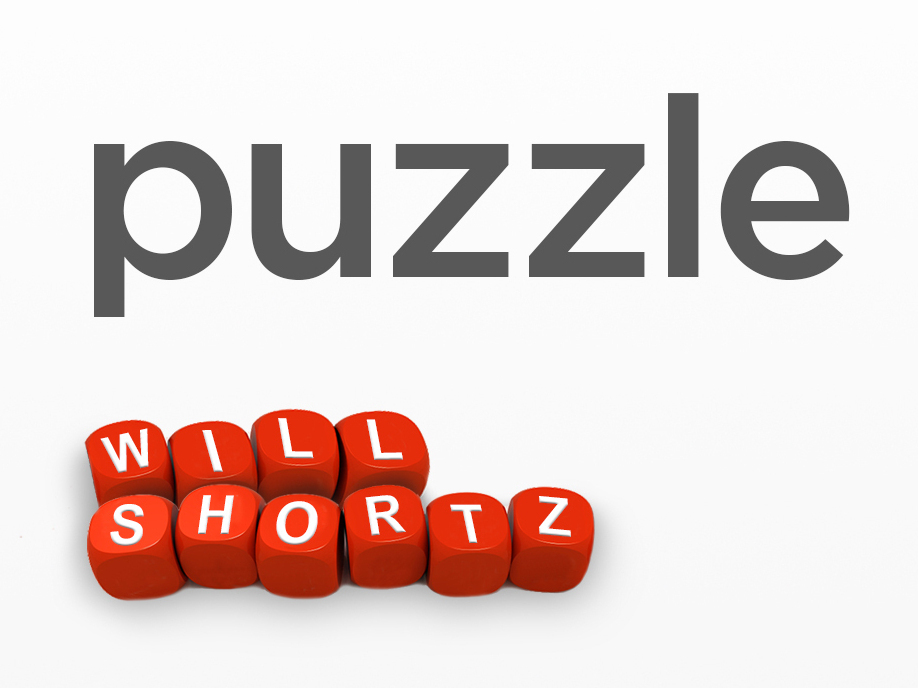 Last week's challenge: This challenge came from listener Peter Collins, of Ann Arbor, Mich. Name something in eight letters that's usually bought in pairs. Change the second letter to the letter two spaces later in the alphabet, and you'll get a new word that names something else that's usually bought in pairs. Both words are plurals. What are they?

Next week's challenge: Here's a tricky challenge from Sandy Weisz of Chicago. Take the name of a famous musical. Write it in upper- and lowercase letters, as you usually would. Now turn one of the characters upside-down and move it to another place in the title. The result will be the last name of a well-known stage performer. What is the musical, and who is the performer?

If you know the answer to next week's challenge, submit it here. Listeners who submit correct answers win a chance to play the on-air puzzle. Important: Include a phone number where we can reach you Thursday, April 21, at 3 p.m. ET.