Accessibility links
Why Candidates Are Out Of Sync With How Americans Really Feel About Trade Leading candidates have tried to channel Americans' frustration when they talk about trade, but on the whole polls show Americans think trade has been good for the U.S. 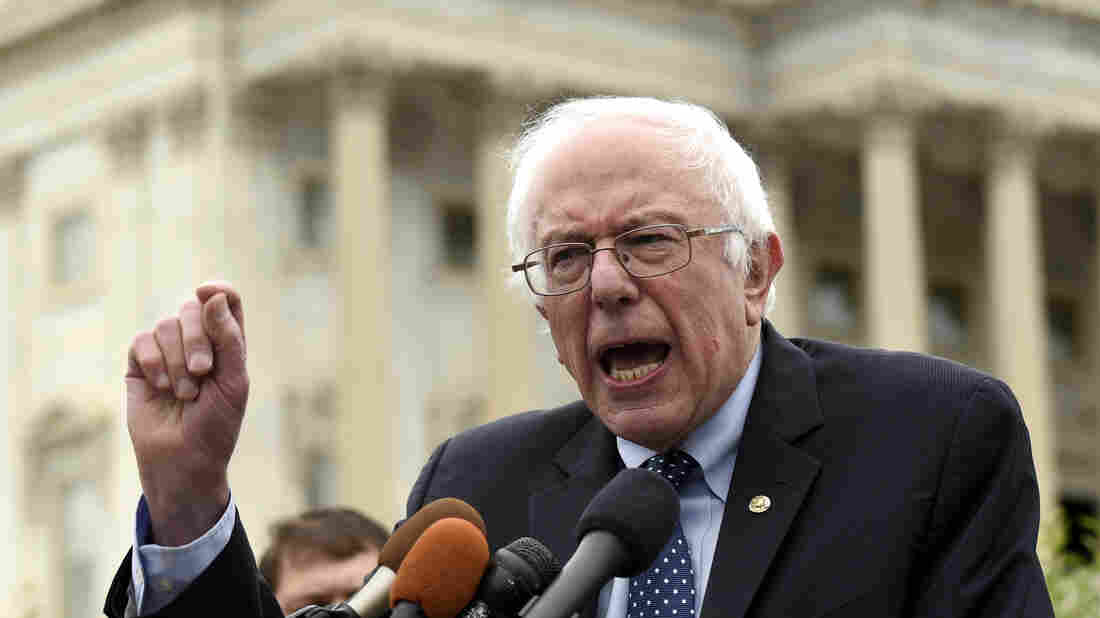 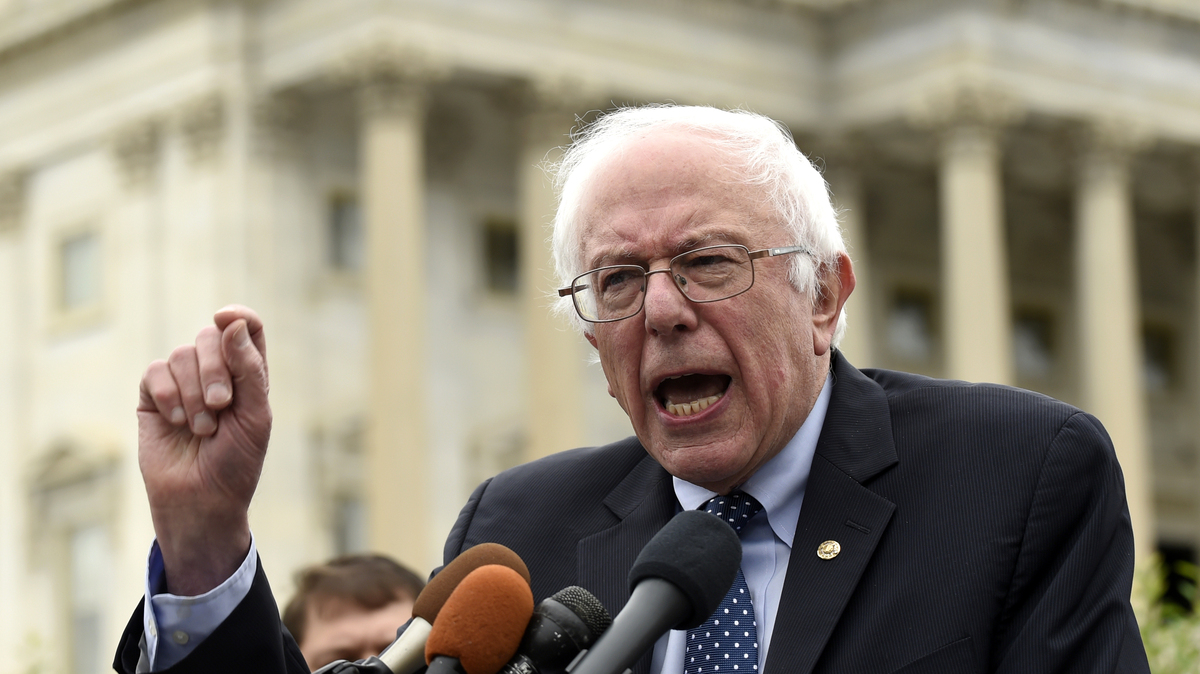 Trade is an issue that's resonating on the campaign trail — with candidates Donald Trump and Bernie Sanders, seen here opposing fast-tracking the Trans-Pacific Partnership last year, both decrying the impact trade deals have had on American jobs.

This week, as part of our A Nation Engaged project, NPR and some member stations will be talking about trade — both on the campaign trail and in communities around the country.

Trade has become a target this presidential campaign season.

Both Democrats and Republicans have been attacking trade agreements as "unfair" to American workers.

That resonates in places like Massena, N.Y., where voters cast primary ballots this week.

For more than a century, the Alcoa company has been making aluminum in Massena, a small city on the banks of the St. Lawrence River. Workers at Alcoa plants there made good wages — $20 to $30 an hour. But two years ago, faced with falling prices, the company decided to shutter one of its plants, eliminating more than 300 jobs.

"This influx of metal into the market from China and other countries, it's flooded the market and drove the price down," said Bob Smith, president of the local steelworkers union. "It's hard to compete against that. That's why we feel it's unfair."

Another shoe dropped last fall when Aloca announced plans to close a second plant in the city, cutting nearly 500 more jobs. Those workers got a reprieve when the state stepped in, but it's only temporary. Massena is also suffering from the shutdown of a General Motors plant, where Smith's mom worked for more than 30 years.

The U.S. filed a complaint last year with the World Trade Organization, accusing China of providing more than a billion dollars in prohibited export subsidies to a wide range of industries, including aluminum. China agreed to halt some of those subsidies last week.

In the meantime, Massena's tax rolls have taken a beating. Smith's father has cut staffing at the hardware store he runs. And there's a growing problem with heroin abuse.

Leading candidates for president have tried to channel that frustration when they talk about trade in communities around the country.

"Not only have they lost millions of jobs due to growing trade deficits," said economist Robert Scott of the left-leaning Economic Policy Institute. "But there has been downward pressure on the wages of a much, much larger number of Americans: nearly two-thirds of the labor force."

To be sure, trade also produces winners in America. The U.S. enjoys a big trade surplus in aerospace, for example. So if you work for Boeing, exports are your friend. What's more, American consumers save money when they can buy cheaper imported goods.

Overall, polls show a narrow majority of Americans think trade deals have been good for the United States, on balance. But opponents tend to be noisier.

"It's a little bit like gun control," said political analyst William Galston of the Brookings Institution. "You have a pretty solid popular majority in favor [of trade agreements]. But the people who can be mobilized on the basis of that single issue are disproportionately on one side."

That's not surprising. Lots of people feel a little better when they save money on cheap imports. But those who lose their jobs feel a lot worse. New research suggests communities hard hit by trade — like Massena — take a lot longer to recover than forecasters used to think.

Democratic voters are generally more supportive of trade deals, even if many Democratic elected officials are not.

"The Democratic base is made up of young people and minorities and also educated professionals. And all of those groups tend to be open to trade," Galston said.

Republican voters are much more skeptical of trade deals, even though the party's "establishment" is still generally supportive.

For voters of all stripes, trade worries are amplified by more general concerns with slow growth, automation, and inequality.

"For millions and millions of Americans, the American dream has been called into question by the stagnation of the past 15 years," Galston said.

Many economists argue that erecting new trade barriers would be counter-productive. But even staunch supporters of trade say policy-makers need to find better ways to compensate the casualties.

"I think we've missed an opportunity in the United States for many years at this point to have a discussion about our social safety net," said Matthew Slaughter, a Dartmouth economist who worked in the George W. Bush Administration. "In some basic sense the narrative for why trade and globalization are good is lost right now. So what happens come January, 2017?"

Slaughter suggests the safety net could be strengthened with expanded unemployment insurance, job training, and direct subsidies for workers whose wages suffer. He warns that unless the benefits of trade are shared more equitably, public opposition to trade deals is likely to grow.