Accessibility links
Is Yellowstone National Park In Danger Of Being 'Loved To Death'? Each year, the park attracts millions of visitors and provides a home to countless animal species. But journalist David Quammen warns that balancing tourism and preservation can be tricky.

Yellowstone National Park, a wilderness recreation area stretching for nearly 3,500 square miles atop a volcanic hot spot in Wyoming and parts of Montana and Idaho, may be in trouble.

Each year, Yellowstone attracts millions of visitors and provides a home to countless animal species, including the once-threatened grizzly bear and bison. But finding the right balance between tourism and preservation can be tricky.

Journalist David Quammen, who writes about the park in the May issue of National Geographic, warns Fresh Air's Terry Gross that "there are ways in which Yellowstone is in danger of being loved to death."

Quammen says that so many tourists visit Yellowstone — close to 4 million each year — that it's stressing the park's ecosystem. But, he adds, the development of private lands around the park is an even greater threat.

Quammen notes that Yellowstone National Park is just one part of the Greater Yellowstone Ecosystem, a 22 million-acre area that also includes Grand Teton National Park, a portion of the Wind River Indian Reservation and other private and federally owned lands. Because the animals in Yellowstone need to migrate outside the park in the winter, the lands in the greater ecosystem play an important role in the park's continued existence. 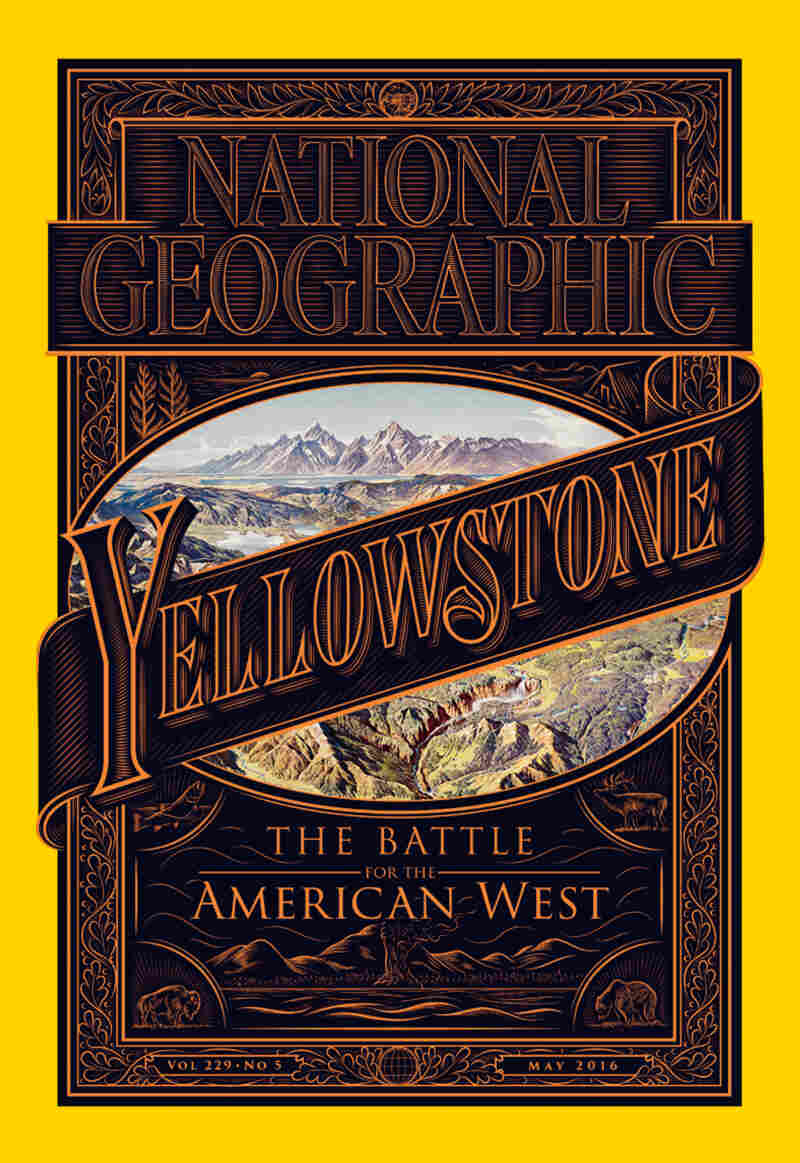 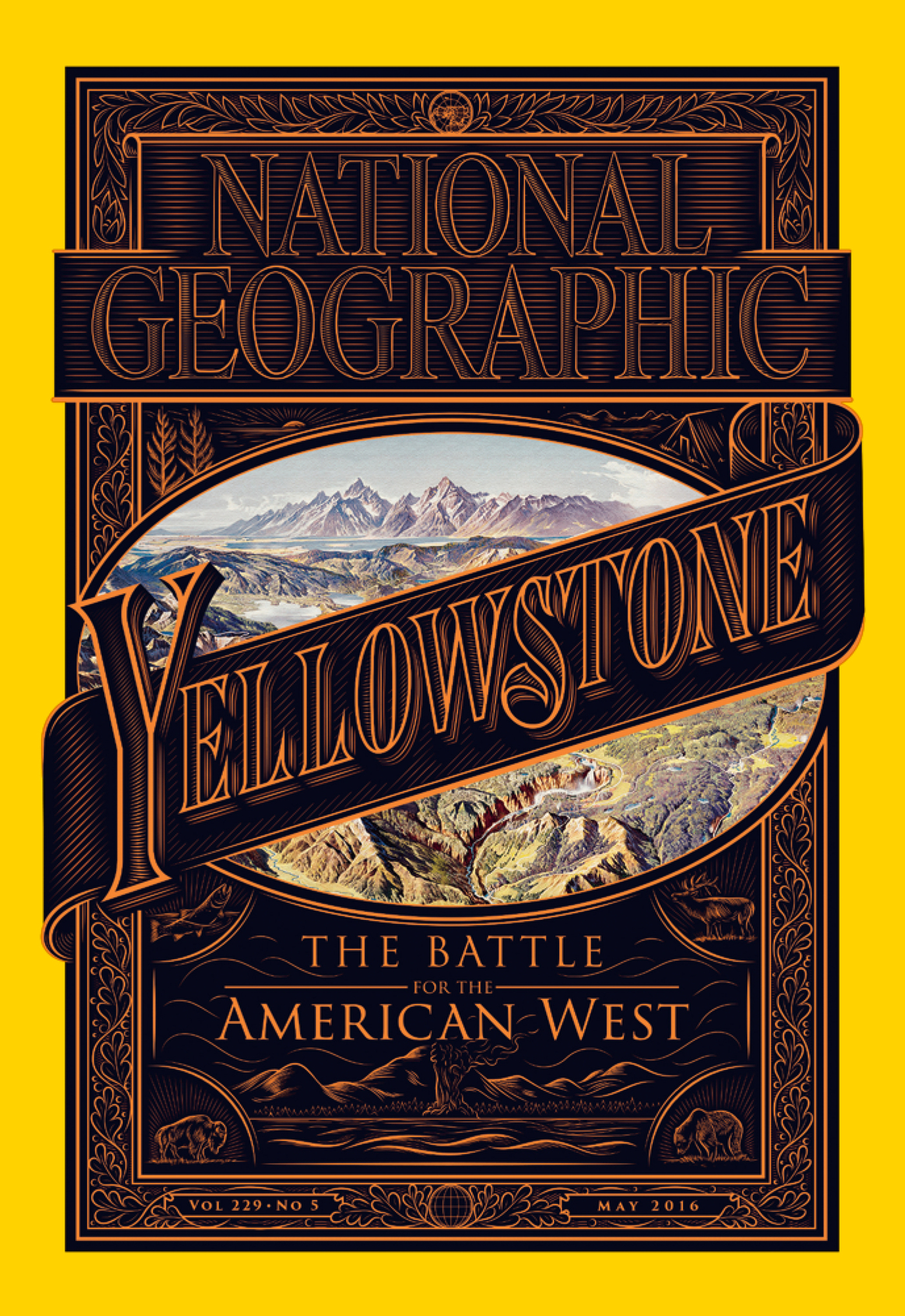 Journalist David Quammen writes about the history of Yellowstone National Park and the conflicts in the greater Yellowstone ecosystem in the May issue of National Geographic magazine.

There are animals that are moving across boundaries. The great elk migrations, for instance, move in and out of Yellowstone National Park seasonally. Pronghorn move in and out of Grand Teton National Park. Grizzly bears move across the boundaries. All of these factors are interconnected. All of these species and processes are interconnected in this great ecosystem.

It's very important, we argue, we think, to the American public, to American history, to modern America, that there is this huge intact, contiguous ecosystem in the heart of the American West, within which live, for instance, all the original big predator species. ... The grizzly bear, the black bear, the wolf, the mountain lion, the coyote — they're all there, interacting with their prey species, interacting with the landscape. It's part of what makes the Greater Yellowstone Ecosystem so special.

On wanting Yellowstone to be wild, but also safe for people to visit

I call it the paradox of the cultivated wild. It's paradoxical because we're taking a place and we're saying, "We want this place to continue to be wild, but in order for it to seem wild, to appear wild, to give people the experience of what the wild in the Northern Rockies is, we've got to do some tinkering, we've got to do some management. We have to have some rules and some boundaries." And that goes back to the beginning.

The founding of Yellowstone National Park back in 1872 — it was founded originally because it was a great tourist destination for people who wanted to see geysers and canyons. And then gradually we realized that part of the value of this place, part of the importance of this place, was as a great wildlife refuge. So how do you manage the wildlife in a way that ... people can feel safe visiting this place, and yet the wildlife can be to some degree, in some sense, wild? It's very tricky.

During that period Albright embraced the idea that in order for the national parks, and Yellowstone in particular, to have support from the American people and from politicians, there needed to be wildlife as spectacle. And for wildlife to be available as spectacle, Horace Albright said wildlife needs to be abundant and tame. So he sanctioned the idea that grizzly bears would be fed handouts from cars and would be allowed to eat garbage, essentially human food garbage, from the various hotels within Yellowstone National Park.

So there were these dumps near the big hotels ... and the food garbage each day was put out there on these dumps and the grizzly bears were allowed, invited essentially, to come and feed at the dumps. At a certain point they decided this was great, this was the bears' show, and they put up stands like bleachers around these natural amphitheaters at the dumpsites.

On how closing the dumps in the late '60s, early '70s affected the bears

The grizzly bears were desperate for a few years, searching for substitutes for all this high-calorie human garbage that they had been eating. ... It made it more dangerous for everybody.

Closing the dumps brought on this crisis, and made things more dangerous. So in the years following the closure of the last dump, there was high mortality of grizzly bears. Why? Because they were frantic. ... They were dazed and confused and desperate and hungry. So they came into campgrounds more, they tried to take food off of picnic tables, they tried to take food out of tents. They went places where they shouldn't go and did things that they shouldn't do, and they got in trouble, and quite a number of them got killed, and some people got hurt too.

So in 1975 the grizzly was put on ... the endangered species list as "threatened," and new measures were taken, for instance, bearproofing garbage, creating new regulations to essentially to try and keep people and people's food away from the bears, let the bears adjust to eating the abundant wild food that's available in Yellowstone, and allow them to be more wild, to be independent of humans as sources of food, for the good of both sides. That has been quite successful.

On how private land development is affecting elk migration

The elk of Yellowstone National Park spend their summers in the high country of Yellowstone, feeding on high grasses that remain green through the summer, but in the winter, those high places become brutally cold, and so the elk move down ... to lower elevation in the surrounding land onto national forests and in some cases onto large private ranches. ...

There are biologists that I talked to in the course of researching this issue who told me, "There are a lot of problems facing the Yellowstone ecosystem, but the one most crucial problem, if you're going to point to one, is private lands development. ...

Private lands development around the [periphery] of the parks, Grand Teton and Yellowstone, is the crucial issue, because if those private lands are transformed from open pastures, meadow, forest land, to suburbs, to little ranchettes, to shopping malls, to roads, to Starbucks, if those places are all settled for the benefit of humans, then the elk are not going to be able to migrate in and out of Yellowstone Park anymore. And if the elk can't migrate into the park, then that creates problems for the wolves, for the grizzlies, for a lot of other creatures.

These things all fit together. The elk are the most abundant large herbivores in the Yellowstone ecosystem; there are thousands and thousands of them; they migrate in and out, and those migration routes need to stay open.

On how Yellowstone was originally thought of as a tourist attraction, not a wildlife refuge

But it's, I think, important to understand the history of Yellowstone, that it wasn't always this great idea. It began as a very commercial idea. The original impetus for creating the national park came largely from minions of the Northern Pacific Railroad who wanted to sell train tickets and hotel rooms to tourists who fancied coming out to see these canyons and geysers. ... People could come out and essentially for free they could see America's greatest, most majestic landscapes in the West. And so it was decided that this would be a public park, or pleasuring ground, for the benefit and enjoyment of the people.