Accessibility links
Seeking A Warmer Welcome, Gun Factory Moves Down South Beretta decided to move to Tennessee after finding it has few allies in Maryland, which passed restrictive gun laws after the Newtown shootings. The new plant is expected to create 300 jobs. 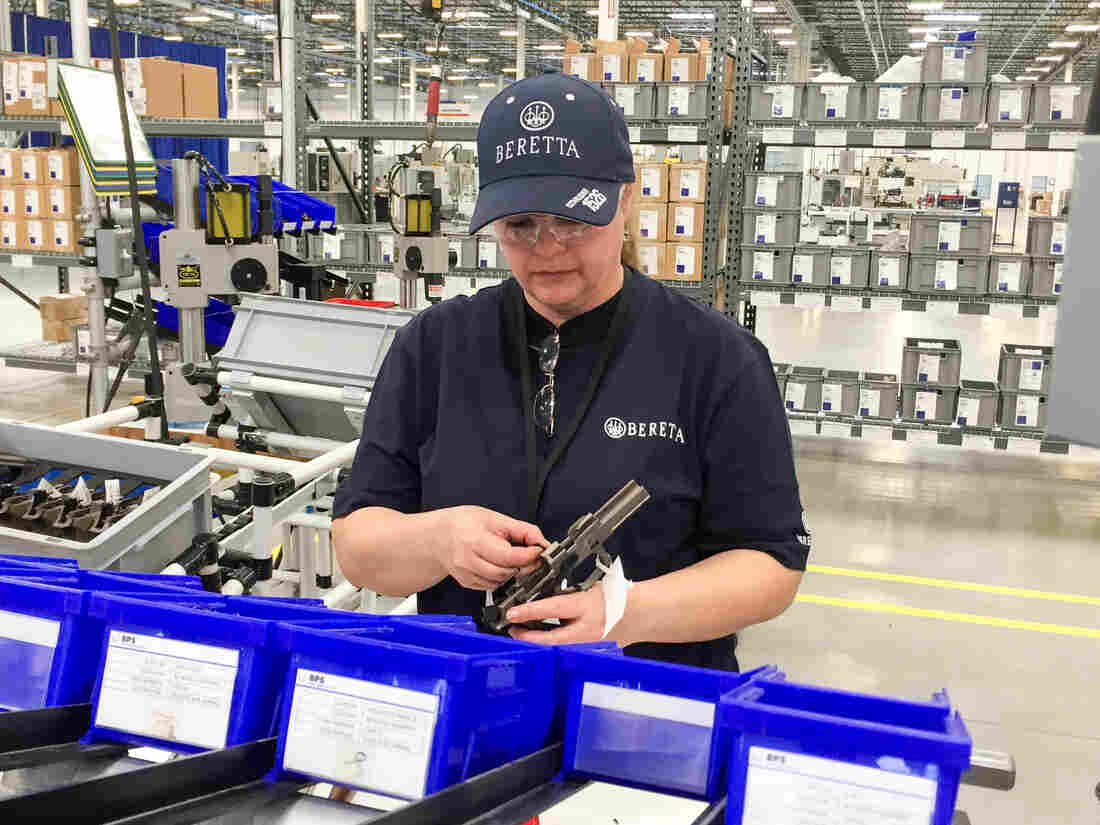 A worker assembles a handgun at the new Beretta plant in Gallatin, Tenn. The Italian gun maker has cited Tennessee's support for gun rights in moving its production from its plant in Maryland. Erik Schelzig/AP hide caption 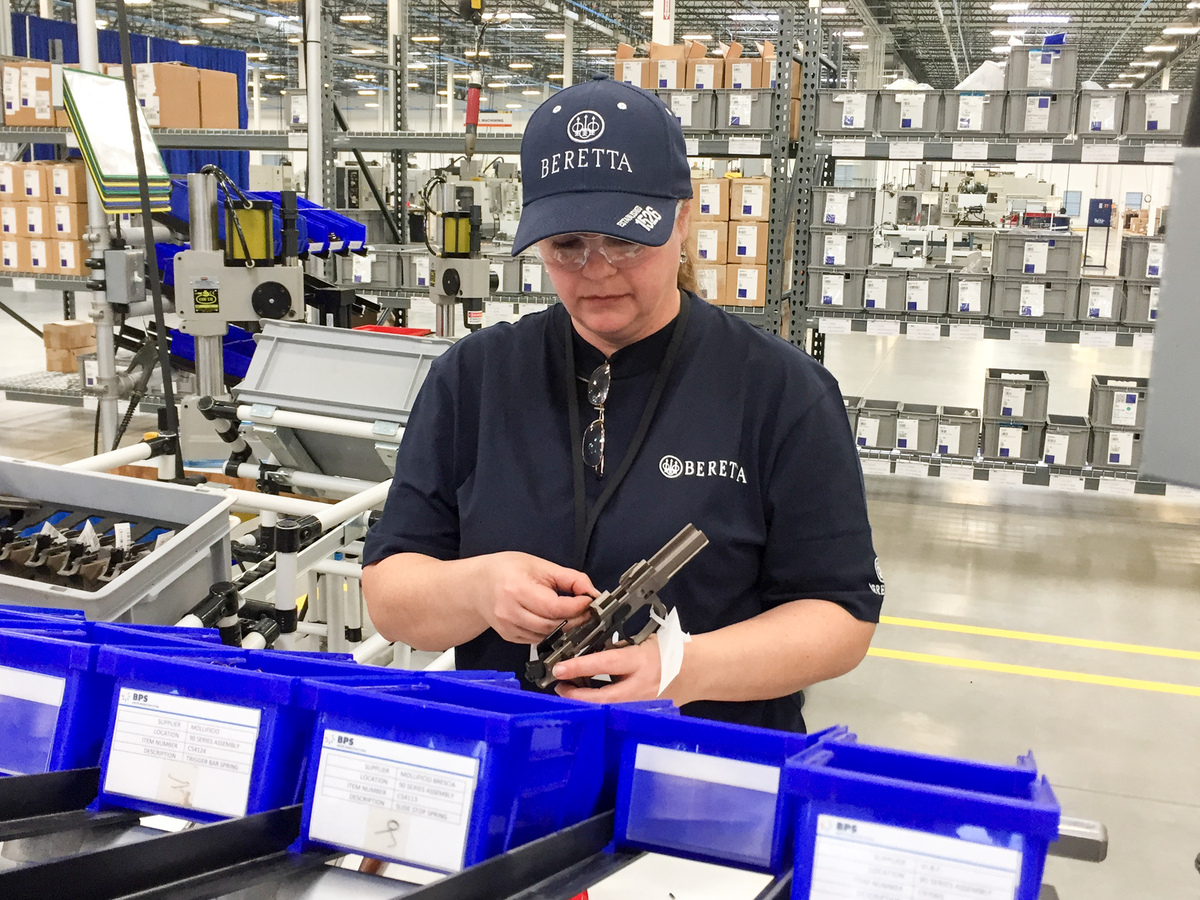 A worker assembles a handgun at the new Beretta plant in Gallatin, Tenn. The Italian gun maker has cited Tennessee's support for gun rights in moving its production from its plant in Maryland.

But one gun maker, Beretta, blames something entirely different — a law passed in Maryland to try to curb mass shootings.

The company recently moved its factory to Nashville, Tenn., because it says the law in Maryland threatened its business. The opening day was celebrated with shooting demonstrations and a warm welcome from state officials.

The Italian gun maker says it's being driven out of its longtime U.S. home on the outskirts of Washington, D.C. The political culture there has grown hostile to guns and to the people who make them, the company says.

The view couldn't be more different in the city of Gallatin.

"They do what the people who live here really appreciate and respect and enjoy," says Mayor Paige Brown. "And so it's been a real pride thing for us."

The state of Tennessee spent more than $10 million to woo Beretta. Gallatin has also thrown in a $2 million property tax break and 100 acres for free.

Gov. Bill Haslam says the plant has made him the envy of his Republican colleagues.

"I literally had the governors of Texas and Georgia and North Carolina and South Carolina and I'm sure a few others walk up and go, 'Dang, Haslam, that's one we really wanted,' " he says.

That the governor would even attend the opening shows just how different the climate is for gun makers in Tennessee, says Jeff Reh of Beretta.

"Beretta USA was the second-largest private employer in Southern Maryland," Reh says. "In the history of the state, we never had a governor visit the facility."

A History Of Tension In Maryland

The company's history in Maryland goes back to the late 1970s.

In the decades since then, Beretta has clashed periodically with state officials. In 2013, in response to the Newtown, Conn., school shootings, then Maryland Gov. Martin O'Malley led a clampdown on ownership of high-powered weaponry.

Some proposals would have made it illegal for Beretta to import some of its own products — even for sale to the military, Reh says. The exceptions the company managed to get written into the law were not enough.

"But after that experience, we realized how close we had come to being forced out of business by the state government," Reh says. "And that's when we started thinking about moving the entire factory to a gun-friendly state."

One of Beretta's competitors, Remington, is also relocating jobs, from a plant in New York to Alabama. It also cites gun laws passed after Newtown as a reason for the move.

Beretta will spend about $45 million on the first phase of its Tennessee plant. Although the ceremonial opening was last week, the factory has operated since December.

The new plant is expected to create 300 jobs, the company says, and most workers have been hired locally. One exception is Kevin Lancto, a quality manager.

In Campaign For Tougher Gun Laws, Advocates Focus On States

He has worked for firearm companies throughout the Northeast and taken some cold shoulders through the years.

"Even people in my own family," Lancto says. "You know, when you know people, some people have different ideas about things."

Lancto says even his own thinking about guns has changed. He was once an avid shooter. Now he's more interested in the weapons' technical aspects.

Still, Lancto says he appreciates working in a part of the country where gun making is more often a source of pride than controversy.