Accessibility links
Book Review: 'Mothering Sunday' By Graham Swift Graham Swift's slim, incantatory new novel centers around young Jane, a maid on a rural estate, and the day in 1924 that unexpectedly alters the trajectory of her life. 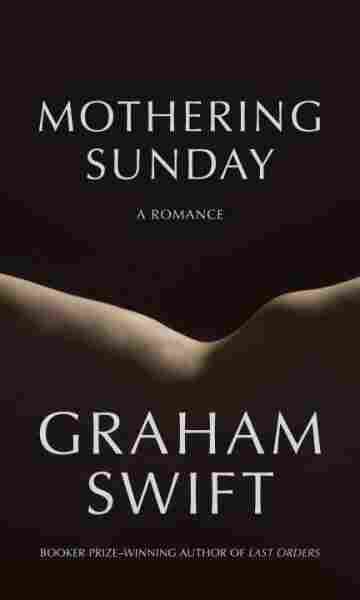 Graham Swift's slim, incantatory new book is one of those deceptively spare tales (like Julian Barnes' The Sense of an Ending) that punch well above their weight. Mothering Sunday, more novella than novel, zeroes in on a time of seismic change in English society and a turning point in the life of a woman who against all odds becomes a famous author.

The pivotal day is Mothering Sunday, March 30th, 1924. 22-year-old Jane Fairchild, like servants all across England, is given time off to visit her mother, even though she's a foundling with no mother to visit. Swift writes in a tight third person that adheres closely to Jane's point of view as she repeatedly recalls that day over the ensuing decades: "It was a strange business, this Mothering Sunday ahead of them, a ritual already fading." Yet Jane's employers, who have lost two sons in World War I, as have their Berkshire neighbors, "still clung to it, for the same sad, wishing-the-past-back reasons."

Sons aren't all these people have lost; their households are decimated. Swift sets up Jane's fairy tale trajectory: "Once upon a time she'd arrived, the new maid, Jane Fairchild, at Beechwood just after a great gust of devastation. The family, like many others, had been whittled down, along with the household budget and the servants." This is England in 1924, more or less where Downton Abbey left off, a culture reeling from its losses.

Summoned by the neighbors' surviving son, with whom she's been having clandestine sex for nearly seven years, Jane excitedly bikes the mile over to Upleigh House — her first time in Master Paul's home, never mind his bed. At 23, Paul Sheringham is an arrogant "thoroughbred" — a word not yet in her still-limited vocabulary. He has thrown away his money on horse-racing, and is engaged to marry a wealthy neighbor in two weeks.

Paul and Jane's relationship, although mutually opportunistic, is hardly one of equals. Swift nails it in one line: "She would never quite erase, even when she was ninety, her inner curtsey." But Jane is "clever enough to know she was cleverer than him," and she's consoled by the realization that "Whatever else Paul Sheringham was marrying, he was marrying money. Perhaps he had to, the way he got through his own."

More than just a story about crossing "impossible barriers" like class and education, it is a love song to books, and to finding words, language, and a voice.

With everyone away for the day, the empty house affords them the luxury of nakedness. Channeling Jane's memories decades later, Swift lingers over their slow disrobing, "like an unveiling." After a post-coital cigarette, Paul coolly informs her that he is due to meet his fiancée for lunch soon. In fact, he can't possibly make it on time, and Jane is baffled by how unhurriedly he dresses and dons his finery. She remains stretched out naked on his stained sheets, wondering if he will ask her to change them or leave them for her counterpart in the Sheringham household to discover.

The book is a sort of slow striptease, gradually baring the contours of Jane's life as the narrative toggles between the stories she tells herself about that fateful, life-changing Sunday in 1924 — which she never wrote or spoke about — and the answers she lobs at age 70, 80, and 90 to interviewers' repetitive questions about the influence of Joseph Conrad and the adventure tales she was allowed to borrow from the Beechwood library. With more intrusive inquiries, Jane often mischievously does to her interviewers precisely what Paul said he wouldn't do to her: "lead them up the garden path."

While more streamlined and elliptical than Swift's earlier novels, including his Booker Prize-winning Last Orders, Mothering Sunday builds in complexity with its layering of revelations and memories over time. More than just a story about crossing "impossible barriers" like class and education, it is a love song to books, and to finding words, language, and a voice. It is about this remarkably self-possessed woman's ability to regard the "clean sheet" she was given at birth, free from pedigree or history, as an "innate license to invent" — and a dead-end affair as a gateway to "untethered" possibility

It is also "about being true to the very stuff of life" while acknowledging the fact that "many things in life — oh so many more than we think — can never be explained at all." It is a book you'll want to read more than once — and then urge on your friends.