Accessibility links
Sanders Has Been Losing In States Where Income Inequality Is Worse It's one of the more counterintuitive patterns in this year's election data. But why is it happening? 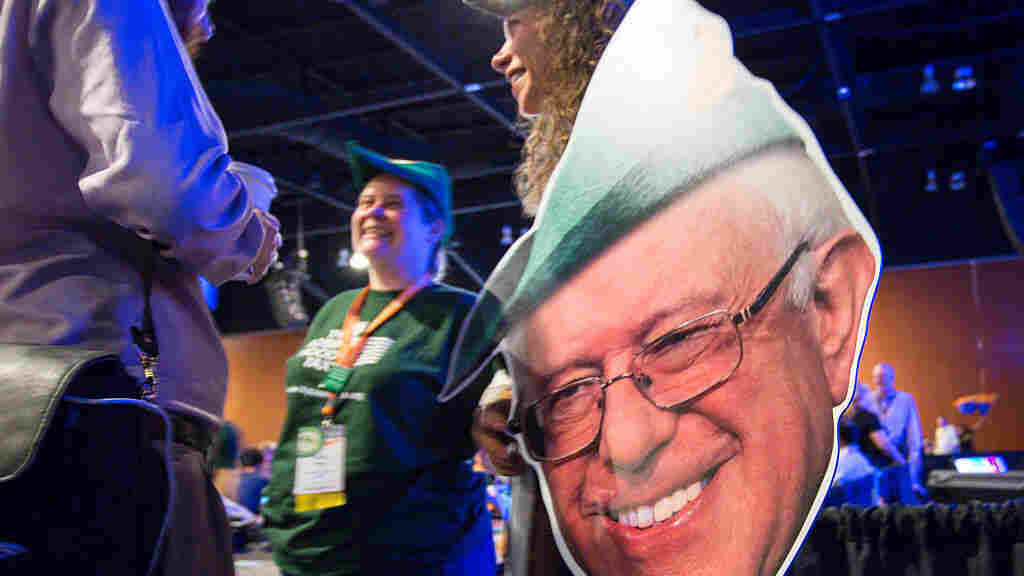 Sanders fans depict him as Robin Hood for his views on inequality. So why isn't he winning the most unequal states? Charlie Leight/Getty Images News hide caption 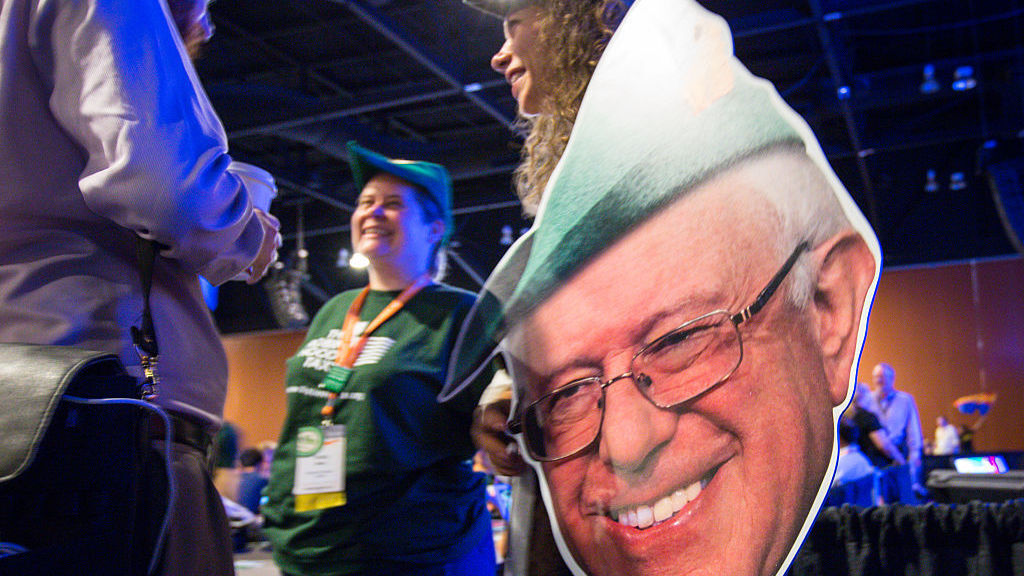 Sanders fans depict him as Robin Hood for his views on inequality. So why isn't he winning the most unequal states?

Update: This post was updated on April 20 at 7:58 a.m. to reflect the results of the New York primary.

Here's some irony: Bernie Sanders is winning the states where income inequality is lowest. Where it's highest? Those states are all Hillary Clinton, and her win in highly unequal New York only made the trend more pronounced.

It's a counterintuitive trend because Bernie Sanders' whole campaign is built on inequality. The phrase "millionaire and billionaire class" (or some variation on it) seems to feature in every single one of his speeches.

But it's true. Here is a chart of all 50 states showing their distance from the median of the Gini index, a widely used statistic that measures inequality on a scale from 0 (total inequality) to 1 (total equality). The states are lined up from left to right, from the most equal (Alaska, at 0.4146, or 0.455 from the median) to the most unequal (New York, at 0.5048, or 0.447 from the median).

(Scroll to the bottom of this post for a full table of states, their Gini coefficients, and who won those primaries and caucuses.)

The pattern is striking: Clinton clearly wins in the most unequal states. And even in the one fairly equal state she won — Iowa (that lonely, farthest-left green bar) — she barely won, and even then only among "state delegate equivalents," not voters.

(A note on the data: The margins of error here are small; while the difference from one state to the next one may not be significant, the difference between one state and one a handful of places away generally is significant. In addition, the broader trends are also meaningful. According to the University of Iowa's Sarah Bruch, a sociology professor who studies inequality, one common yardstick for an "important" difference is 0.024 — and the distance between No. 1 and No. 50 is more than 0.09. She also points to the Census Bureau, which often divides Gini into quintiles. Either way, the Clinton states at the upper end are clearly separate from the Sanders states at the bottom.)

There are some big regional variations in inequality, especially in the Northeast — New York and Connecticut are the two most unequal states, but Vermont and New Hampshire are toward the other end of the scale.

But there's one pretty clear geographic trend: Southern states tend to be pretty unequal — the South accounts for 6 of the 10 most unequal states. And the most equal Southern state, West Virginia, comes in as the 28th most equal.

The fascinating question is why this is happening.

Sorry about that. But there are a few things we can say.

One is that this doesn't necessarily mean that Clinton is beating Sanders at appealing to voters on the basis of inequality. Put another way, it's not that all of the Democrats of New York (the most unequal state yet that Clinton has won) looked around and thought, "Huh. Inequality is high here, so I should vote for Clinton."

"I think that there are lots of reasons not to expect any relationship between levels or trends in inequality and political behavior or preferences," she said, adding that she thinks primary turnout is far more about party organization and campaign mobilization.

It's true that inequality can affect people's politics on a grander scale — one paper from the Dallas Fed finds a relationship between national-level inequality and polarization over time, for example. But that complicates matters in this case; even if (and that's an if) inequality meant more polarization on a state level, it might suggest that the more liberal Sanders, not Clinton, would do better in more unequal places.

Really, it might be that there are lots of trends going on alongside these inequality numbers. Race may play into what's going on here. The South is both heavily unequal and heavily black. And American blacks in general are more economically disadvantaged than whites nationwide, as research from the Brookings Institution has found, due in part to what they call "deep-rooted, systemic problems." And it is also true that many black voters have been for a variety of reasons loyal to the Clintons over the years.

Sanders also appeals explicitly to rural voters in particular with his gun control stances, which may have helped fuel his performance in states with larger rural populations — think those large Western states like Wyoming, Alaska and Idaho.

And several more-rural states are also among the most equal, while big cities tend to be more economically unequal than the rest of the country — consider all the CEOs and bankers that live in New York City, for example. The District of Columbia likewise has a Gini that outstrips even New York's, at 0.5295.

Meanwhile, those most-equal states in the data — Alaska, Wyoming, Hawaii, Utah, New Hampshire and so on — aren't exactly home to major U.S. metropolises. This explanation, however, also only goes so far: A few of those Southern states are also among the nation's most rural.

The simple geography of where candidates are from also played a small role here. Sanders happens to be from Vermont, the 11th most equal state. Clinton, meanwhile, claims New York (most unequal) as her home state, and just won there.

It's also true that inequality in New York isn't the same as inequality in Louisiana, despite the fact that their Gini measures are pretty close. High poverty levels help drive Southern inequality, while in states like New York, Wall Street executives help push inequality higher.

The Gini index covers the full spectrum of income inequality, but the results are a bit more mixed when you look at another measure, like how much of the income the one-percenters earn. True, Clinton is still leading in the most-unequal state (New York) and Sanders still wins some of those most-equal states (Alaska, Hawaii, Vermont). But those Southern states are more mixed into the middle.

Still, given Sanders' focus on the issue, he and his campaign might have thought he would be able to break through in places where inequality was worst. It just hasn't happened.