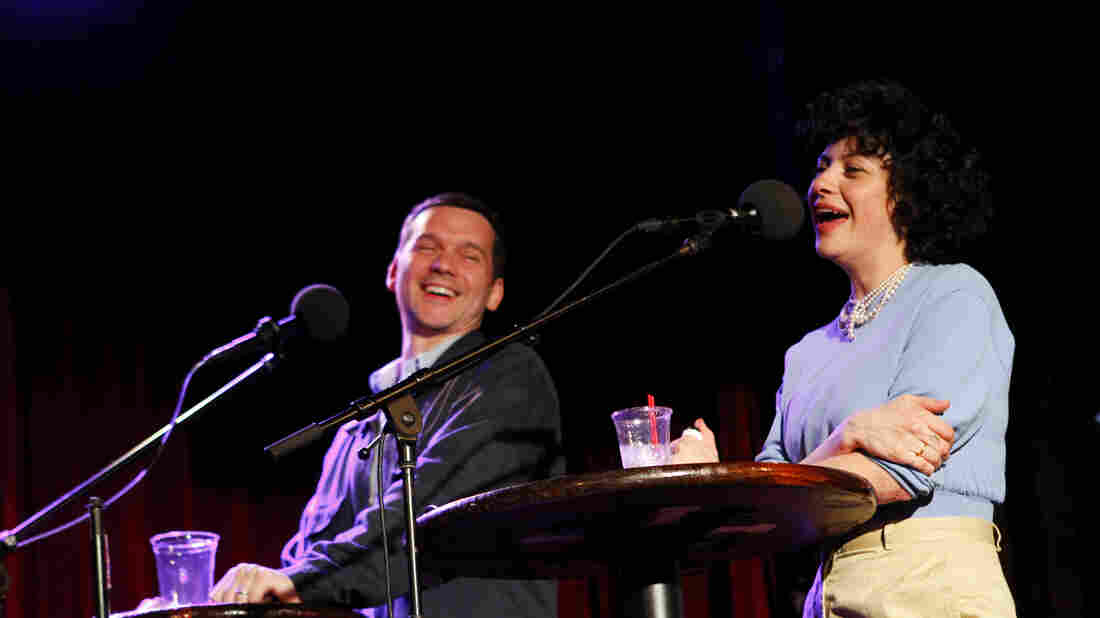 Jeremy Saulnier and Alia Shawkat on Ask Me Another. Mike Katzif/NPR hide caption 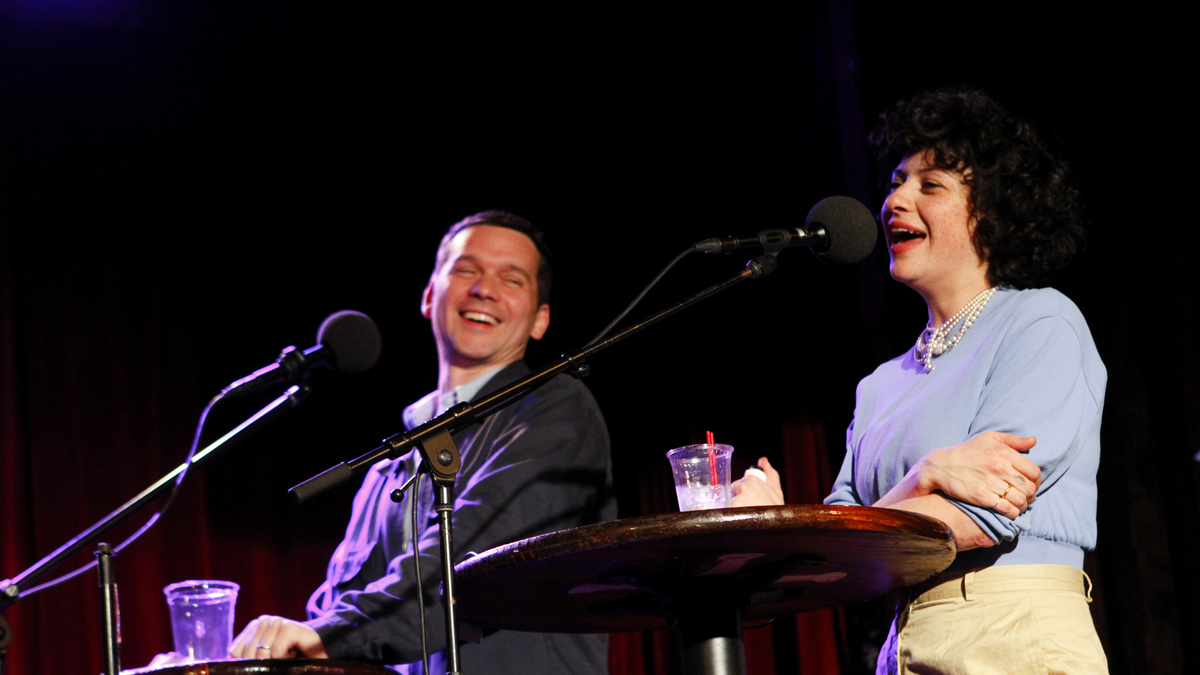 Jeremy Saulnier and Alia Shawkat on Ask Me Another.

Growing up near Washington D.C. in the 1990s, director Jeremy Saulnier was surrounded by a whirlwind culture of punk rock, skateboarding, and cult films. His latest feature Green Room is a tribute to his youth — the thriller follows a punk band in a battle of survival against a group of skinheads after witnessing a murder backstage. For Saulnier, Green Room was a catharsis for a former 19-year-old self. "I had to purge my adolescent obsession with genre films, punk rock, and hardcore before I got too soft," Saulnier explains to Ask Me Another host Ophira Eisenberg at the Bell House in Brooklyn, NY. Saulnier creates an eerie sense of dread accompanied with cringe-worthy tension that lends itself to a unique blend of dark comedy and cinematic gore. That tone runs through much his work, including his critically acclaimed Blue Ruin, and his 2007 debut feature film Murder Party, a slasher comedy set in Brooklyn.

Alia Shawkat plays one of the punk band members, Sam, a part that was originally written for a man. Best known as a teenaged Maeby Fünke on the cult classic series Arrested Development, since then Shawkat has been acting in indie movies, drawing, and singing with the jazz band the Swamp Donkeys. Like Saulnier, her upbringing led to the creation of a film — in her case, a short documentary on the strip club that her family owns near Palm Springs, CA. "I only went in for the first time when I was 21 actually," Shawkat tells Eisenberg, "I decided to make a short documentary about it. I was like, 'This has so much to do with my sexuality.' Which it does, but let's not talk about it."

For their Ask Me Another challenge, we pitted Saulnier and Shawkat in a special version of our favorite game, This, That, or The Other. They had to guess whether the clue was a punk rock band, horror film, or a figure skating term.

Shawkat on growing up with Arrested Development

I did the pilot when I was 14 and we wrapped when I was 18. The whole process, me and Michael Cera were like, "I guess this is funny." But, it was a privilege to grow at a fast pace with our humor at that age.

Saulnier on his punk band

I was in a hardcore band called "No Turn on Fred." In our home town of Alexandria, just about every "no-turn on red" sign was spray painted with an "f" before the "red" as part of a decade's long history of vandalism, which our band really appreciated and thought it would be also a cool way to get 200 free posters all over town.

Heard on Alia Shawkat And Jeremy Saulnier: In The 'Green Room'