Accessibility links
Songs We Love: T-Rextasy, 'Gap Yr Boiz' With a quick wit and a feminist punk ethos, T-Rextasy offers a perfect anthem for anyone who finds joy in hate-reading travel blogs and punching up at privilege. 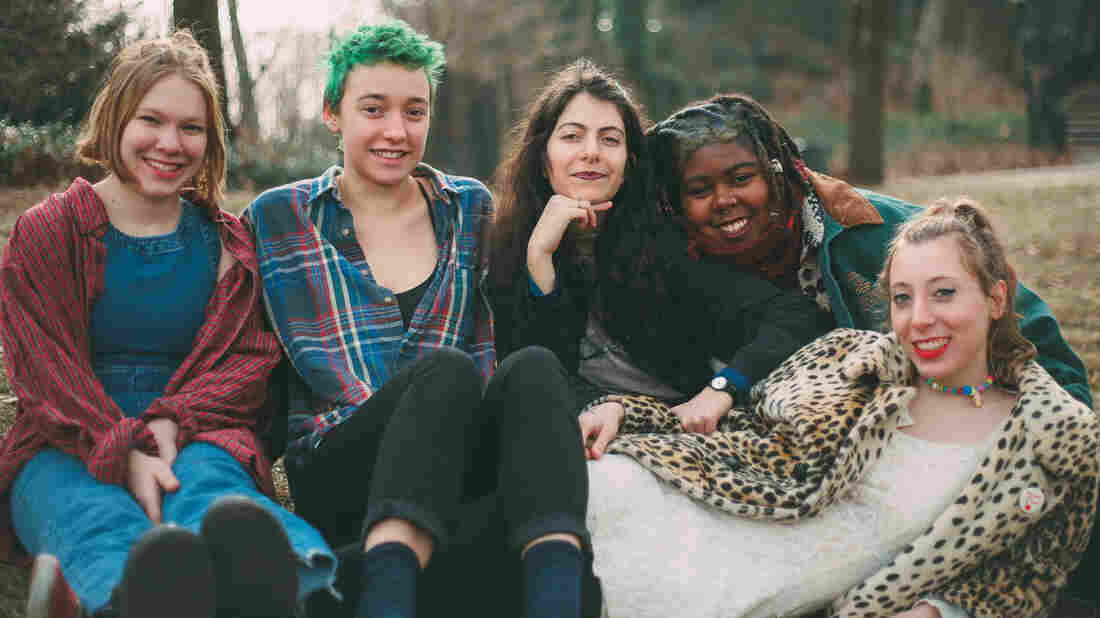 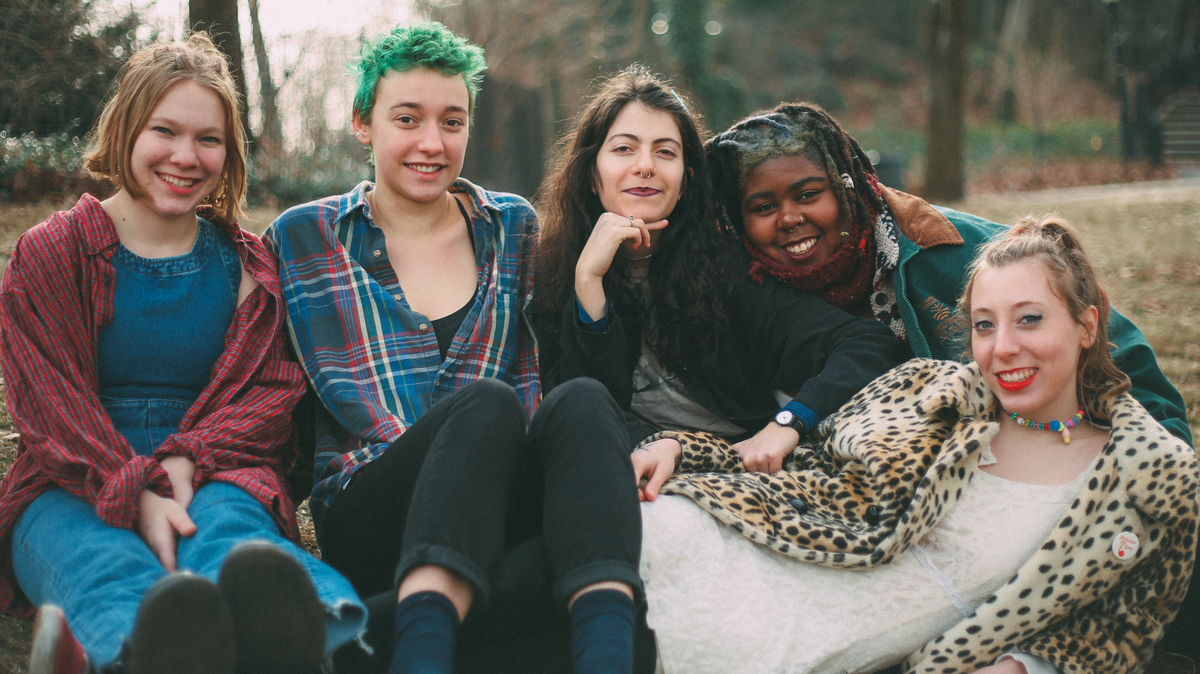 The music of T-Rextasy is an impeccable combination of sarcastic, swaggering humor and timeless pop-punk grooves. Throughout the band's upcoming debut album, Jurassic Punk, singer Lyris Faron scolds misogynists, plans for punk-rock domination and praises both a cafeteria woman and a one-night-stand-loving lady. The last track on Jurassic Punk, "Gap Yr Boiz," crystallizes the band's formula of punchy lyrics and catchy hooks. The song relies on the steady rhythms of drummer Ebun Nazon-Power and bassist Annie Fidoten, as well as the twin guitars of Lena Abraham and Vera Kahn. The song's comedic strength, however, lies in its lyrical takedown of voluntourism, courtesy of Fidoten and perfectly articulated by Faron. 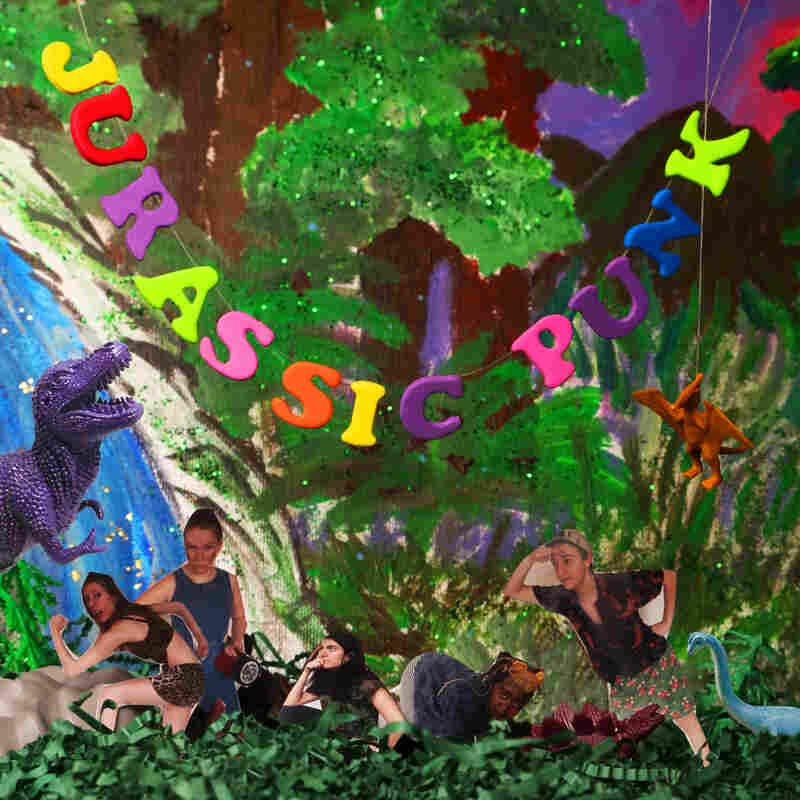 The song takes aim at the "gap year," or the time students take off between college and high school, usually to travel and do community service. In an email to NPR Music, Fidoten says she wrote the song after her high-school ex messaged her from an ashram, during his gap year, to say he was thinking of her. Each member realized she knew someone similar; it was time, the band decided, to talk about it. Fidoten also includes a helpful field guide to spotting such boys: "We define a 'gap year boy' as a white, privileged, college-aged lad who takes a year off from college to embark on a soul-searching program in another country, and who returns to tell everyone about all he's learned."

The first few verses of "Gap Yr Boiz" relay detailed stories of such young men; later, the song breaks down to a simple drumbeat and a slowed-down guitar riff while members of the band talk about their own gap-year heartbreakers, one by one. It's both bitingly scathing and laugh-out-loud funny. As the music fades and the group joins in with shouted la-la-las, you can almost see the members of T-Rextasy riding off into a proverbial sunset of gentle exhortations to maybe go on a trip that changes more just than your profile picture. With a quick wit and a feminist punk ethos, it's a perfect anthem for anyone who finds joy in hate-reading travel blogs and punching up at privilege.

Jurassic Punk comes out May 20 on Miscreant and Father/Daughter.