Accessibility links
Why Voters Could Be Removed From The Rolls There might very well be a legitimate explanation for why some of those names were removed in Brooklyn ahead of New York's Democratic primary. 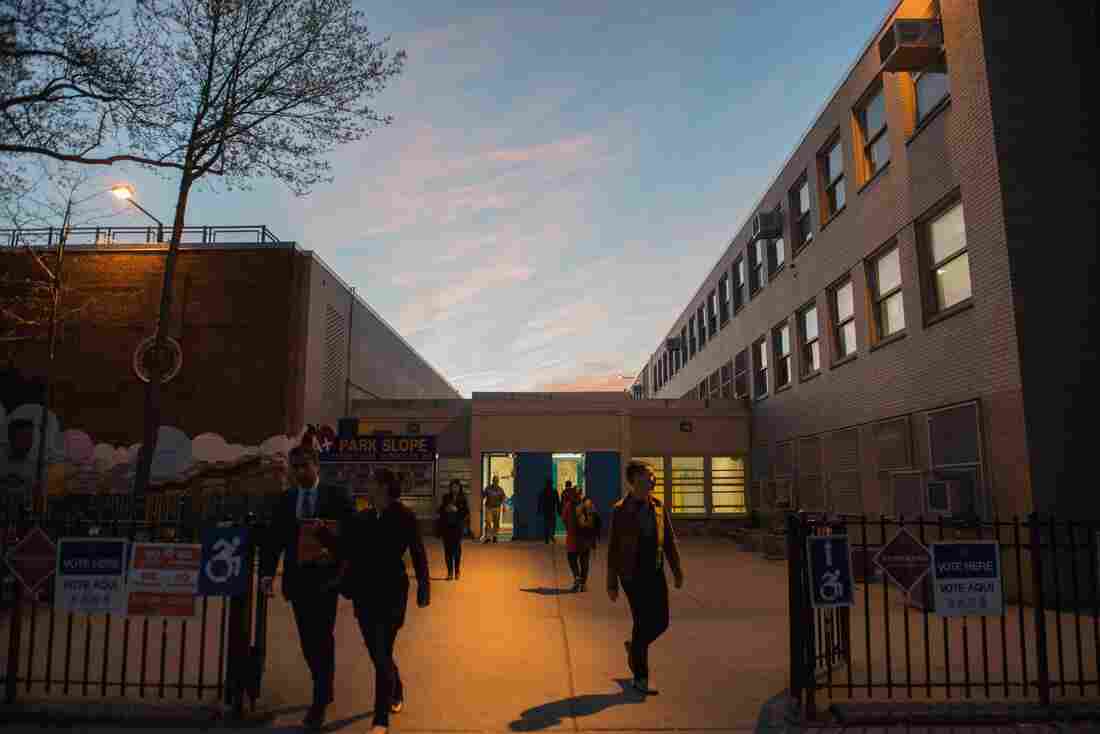 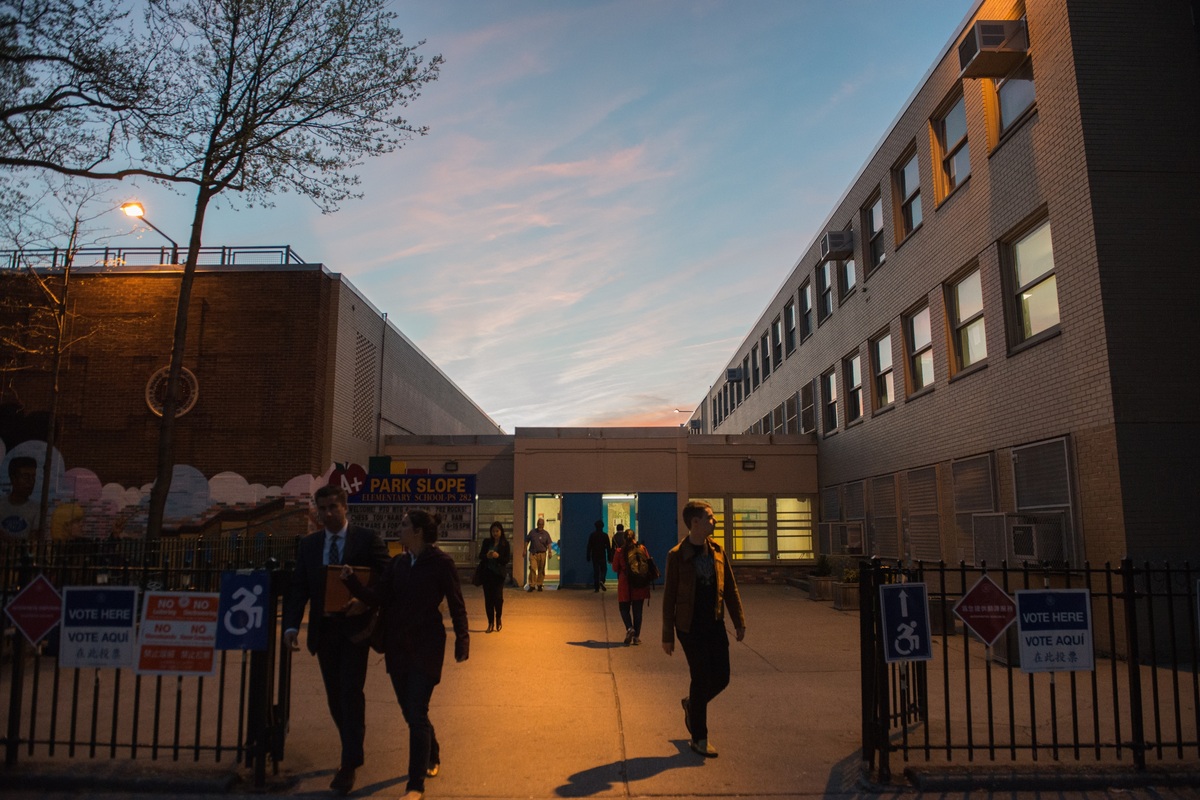 People exit the building after voting at P.S. 282 in Brooklyn on Tuesday.

It certainly looks suspicious that more than 125,000 Democrats were dropped from Brooklyn's voter rolls between last November and Tuesday's primary. New York City Comptroller Scott Stringer said that the Board of Elections confirmed the voters were removed and that his office would conduct an audit to see if anything improper was done.

In a statement, Mayor Bill de Blasio called on the New York City Board of Elections to "reverse that purge," adding that "the perception that numerous voters may have been disenfranchised undermines the integrity of the entire electoral process and must be fixed."

And it was an unusually high number of names to be dropped all at once. But Michael Ryan, executive director of the elections board, denied anyone was disenfranchised. While more than 100,000 voters were taken off the rolls, he told the New York Times, 63,000 were added and the decline did not "shock his conscience." He told WNYC that "people die every day and they come off the list," and New Yorkers move a lot — another reason they might be taken off the rolls.

Indeed, there might very well be a good — and legitimate — explanation for why all those names were removed.

A 2010 study by the Pew Center on the States found that 1 in 8 voter registrations in the U.S. — about 24 million records — was invalid or significantly inaccurate. It found that more than 1.8 million dead people were on the rolls and almost 3 million people were registered in more than one state.

Since then, elections offices around the country have stepped up efforts to clean up their lists. In fact, it's required by federal law that they do so. But there are certain rules they're supposed to follow.

"They can't just do it without any legitimate basis," says David Becker, director of election initiatives at Pew.

"They're required to go through a process to try to ensure that they're only removing those people who they truly should remove from the rolls."

Here's the process in a nutshell. If an election office sends a mailing to a voter and it's returned as undeliverable, the voter can temporarily be put on an "inactive" list. Becker says, if that voter shows up to vote, "they're reactivated instantly. And they can vote and there's no problem."

But if the voter doesn't show up for two federal elections in a row, his name can legitimately be removed from the rolls. A name can also be removed if election officials verify that the individual has died, moved to another jurisdiction or is not allowed to vote for some other reason.

Still, Becker says some election offices do a better job of following the rules than others. Some of them get into trouble when they rely on bad information to update their lists. For example, they might try to match voters' names with death records, but not verify that the John Smith on one list is the same John Smith on the other.

One of the most notorious purges took place in Florida in 2000, when the state used a faulty list of felons to remove more than 1,000 legitimate voters from the rolls.

To try to avoid such problems, 15 states and the District of Columbia are now participating in something called the Electronic Registration Information Center, where they share data to weed out duplicate registrations and deceased voters. It also allows them to identify voters who have moved, so they can try to contact them to update their registrations.

Becker says election officials face a fine line, trying to clean up their lists without going too far. In many cases, election offices err on the side of keeping names on the list, but that can lead to bloated rolls and complaints that there are more voters listed than there are residents in a given state.

And, in some cases, when election officials do get around to cleaning up the rolls, there can be a huge number of names dropped all at once. For example, a few years ago, almost 94,000 voters were removed from the District of Columbia's rolls after the list had not been updated for years.

So what might have happened in Brooklyn? Of the more than 125,000 names removed, WNYC found that 12,000 were people who had moved out of the borough. An additional 44,000 weren't really removed but switched from active to inactive status, which means they should still have been allowed to vote.

It's the other 70,000 that are the question. The city's audit should determine whether they were removed for a legitimate reason — such as death or failure of the individual to vote in the last two federal elections. Or whether mistakes were made, and people's names should not have been removed. Or if there was anything nefarious going on.

On The Brian Lehrer Show Wednesday, Comptroller Stringer said he would approach the audit "without any preconceived notion" and bring in professional auditors. "There is a feeling among our constituents that there's something wrong when 125,000 people are purged especially with population increase," he said.