Accessibility links
'Flying While Muslim': Profiling Fears After An Arabic Speaker Was Removed From Southwest Plane Khairuldeen Makhzoomi was removed from a Southwest Airlines flight after another passenger overheard him speaking on his cellphone in Arabic. An advocate calls the incident "absurd and bewildering." 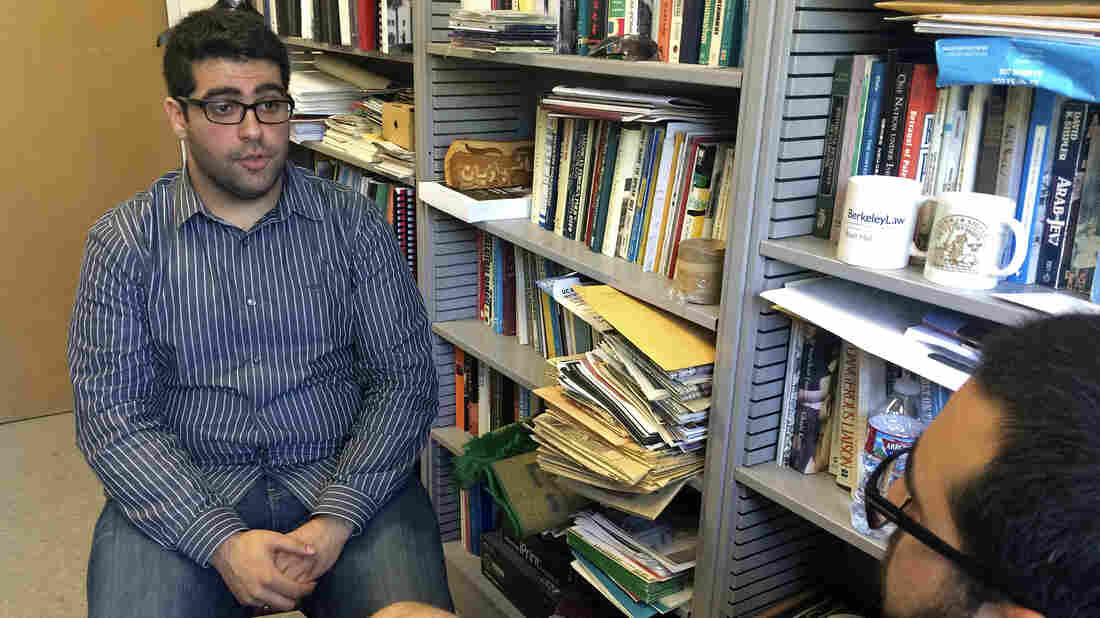 Khairuldeen Makhzoomi (left) came to the U.S. as an Iraqi refugee and says he was recently unfairly removed from a flight. Haven Daley/AP hide caption 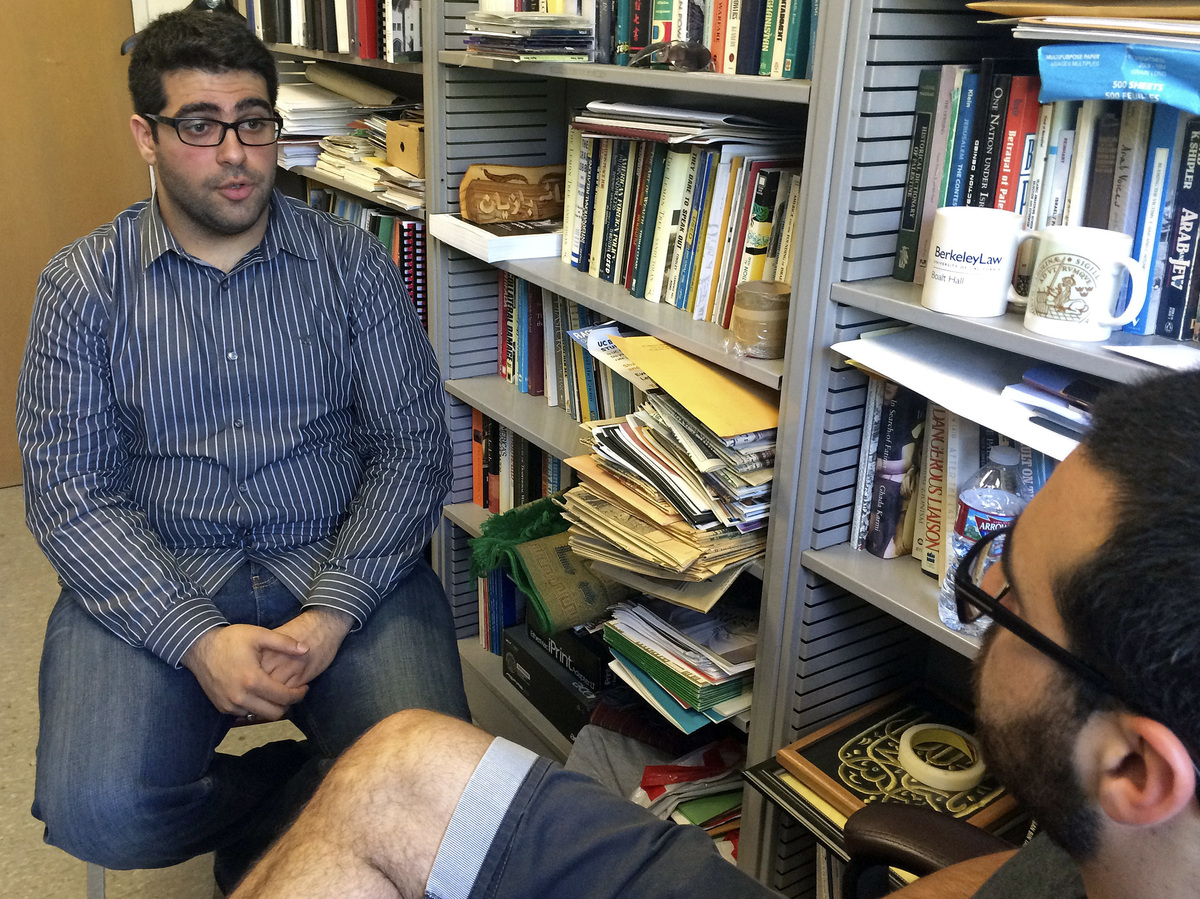 Khairuldeen Makhzoomi (left) came to the U.S. as an Iraqi refugee and says he was recently unfairly removed from a flight.

Earlier this month, Khairuldeen Makhzoomi, who came to the U.S. as an Iraqi refugee and is currently a student at the University of California, Berkeley, was removed from a Southwest Airlines flight because another passenger overheard him speaking on his cellphone in Arabic.

"First they pulled me out of the plane, then they didn't allow me to go back," Makhzoomi told member station KPCC. "They got my bag until the moment they started searching me in front of everyone and the police officer, he called the FBI."

Should Airports Use Racial And Religious Profiling?

The passenger who overheard Makhzoomi also spoke Arabic. A Southwest official says the passenger overheard what she perceived as threatening comments. And the airline official says it was the content of Makhzoomi's conversation, not the language used that prompted the response.

The Council on American-Islamic Relations is providing Makhzoomi with legal representation. Zahra Billoo, executive director of the group's San Francisco offices, spoke with NPR's Kelly McEvers on the issue.

Billoo says she could see a possible reason why Makhzoomi would have been reported by another Arabic speaker. "The word that was being discussed was shahid," she says. "Shahid means martyr. He says he never said shahid."

Billoo says the fact that the person who reported Makhzoomi also spoke Arabic doesn't affect the case. "It doesn't change how ... absurd and bewildering the entire situation is, how invasive and traumatizing the law enforcement searches were," she says.

While Billoo says she could see how hearing the word shahid might make someone raise an eyebrow, she says no single word spoken should be a problem.

For now, I'm asking for an apology. ... They have to admit that there is a problem.

Khairuldeen Makhzoomi, student who was removed from a Southwest flight

"It amazes me that this person speaks Arabic enough to call law enforcement and airline staff on Khairuldeen, but didn't catch that he was telling his uncle that he was at a luncheon with the U.N. secretary-general and had the opportunity to ask him a question."

Does this mean Arabic speakers are policing each other? Billoo says it's hard to tell. She cited several other complaints against airlines "and they don't always involve an Arabic speaker complaining about another Arabic-speaking passenger."

"What I do worry about is that it's a pattern of airlines acting disproportionately and then law enforcement supporting them in those actions," she says.

Meantime, Makhzoomi says he has no plans to sue Southwest.

"For now, I'm asking for an apology," he told KPCC. "I can sue. I have many lawyers, they've reached out to me, but I have said it many times, a human's dignity, it cannot be bought. This is something important. They have to apologize. They have to admit that there is a problem."

In a statement, Southwest said: "We will not be apologizing for following our obligation to adhere to established procedures. ... Were we given an opportunity to speak with him (many attempts have been made) we would offer regret for his experience."

Makhzoomi says he has also tried to reach out to Southwest.

Billoo says there are no plans to pursue a lawsuit against the airline.

"We are exploring the options available in Mr. Makhzoomi's case and seeing how we can best connect it to what we are worried about as being a pattern — the new reality of flying while Muslim, as some Muslims refer to it. We are looking at the different options to see what will make the most sense."