Accessibility links
Review: Original Broadway Cast Recording, 'Bright Star' Edie Brickell and Steve Martin team up again, this time to compose a Broadway musical about star-crossed couples in North Carolina during the first half of the 20th century. 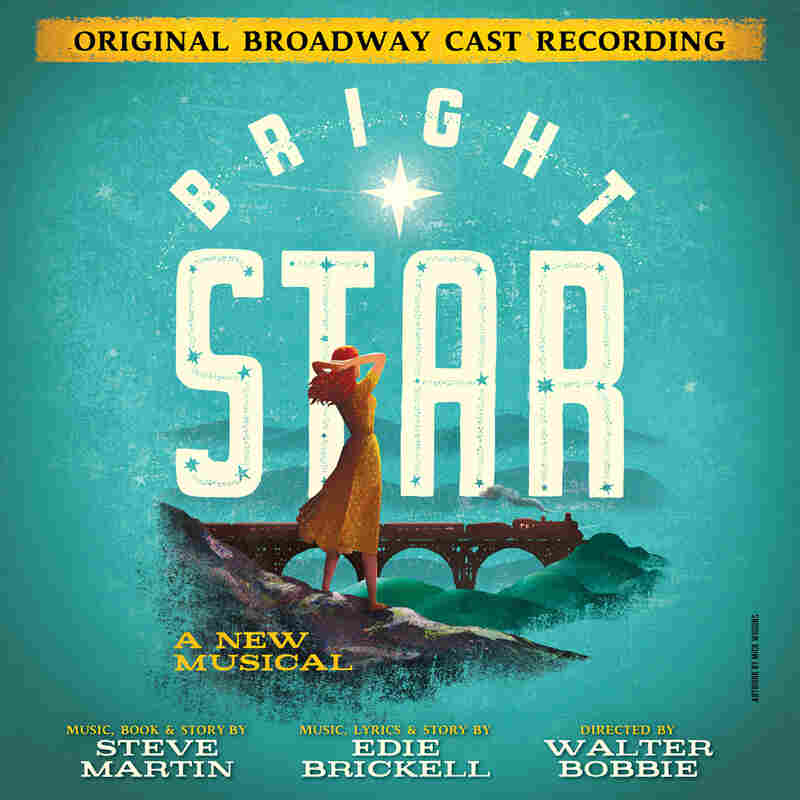 When actor, author, musician and comedian Steve Martin first started releasing bluegrass records back in 2010, it was instantly clear that the guy wasn't messing around: He'd studied the banjo for decades, and when he started picking collaborators, he chose seasoned bluegrass hands like the Steep Canyon Rangers and members of Nickel Creek, as well as the iconoclastic pop singer Edie Brickell, who sold millions of records in the late '80s but has always gone her own way. In 2013, Martin and Brickell released Love Has Come For You, which marries his breezy bluegrass arrangements to her increasingly plainspoken agreeability. But, in keeping with both stars' careers, they had bolder and more unexpected ambitions in mind.

Last month, those ambitions led them to their Broadway debut as composers of the musical Bright Star, which spins off some of the themes from Love Has Come For You; it tells the intertwined stories of two star-crossed couples in North Carolina, one in the 1920s and one in the 1940s. The stories, as the cast album makes clear, revolve around the aftermath of an out-of-wedlock pregnancy, but the musical expands to document the characters' ambitions, which range from simple family bliss to a desire to make literary history.

When stripped down from a full-length stage production to a roughly hour-long cast album assembling only Bright Star's songs, that interlocking narrative can't help but lose some of its detail: The musical numbers frequently allude to the plot rather than drive it, making the story seem more skeletal than it is. That truncation also highlights the occasional tendency of the characterizations — most notably the forbidding father figures of "A Man's Gotta Do" and "Firmer Hand/Do Right," voiced by Michael Mulheren and Stephen Lee Anderson, respectively — to paint in big, bold strokes.

But Bright Star's best moments shine, well, brightly. Best of all is the gorgeous "Asheville" (voiced by Hannah Elless), which balances specificity and universality with the aid of an irresistibly sweet, deftly rendered melody. Though it bypasses the finer points of the musical's plot by necessity, much of the Bright Star cast album balances the raising and lowering of stakes with brash bursts of unmissable optimism, as the cast takes several opportunities to come together for joyful sing-alongs of "Sun Is Gonna Shine" and the title number. Fueled by the sure hands of its authors, the net result is a set of songs in which lavish stage settings and broad flourishes can't obscure the simple warmth and lovely instrumentation at their core.