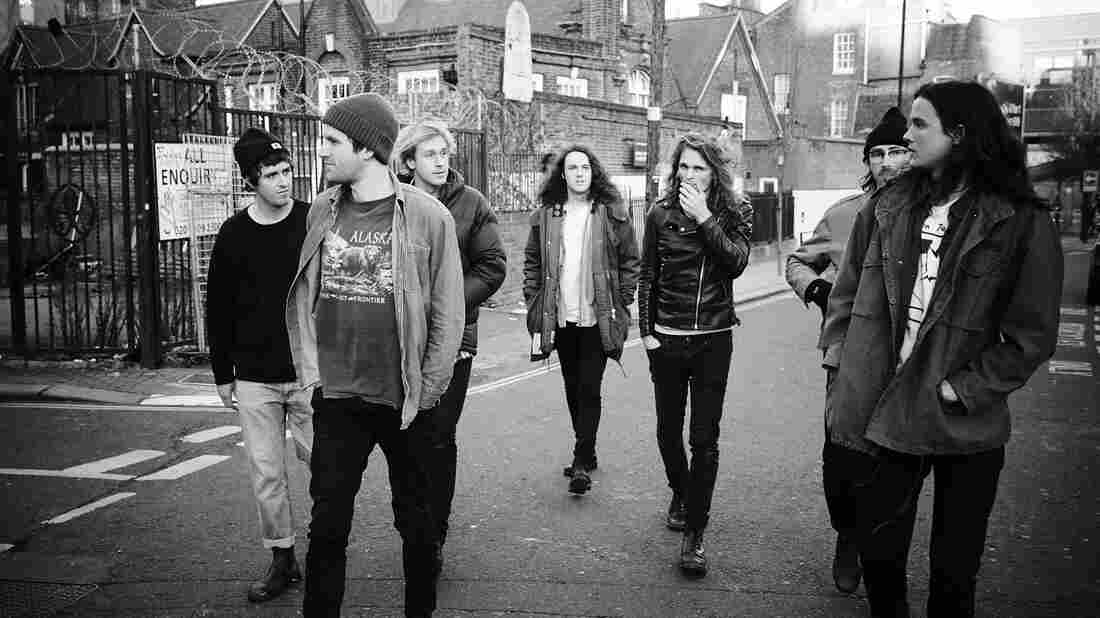 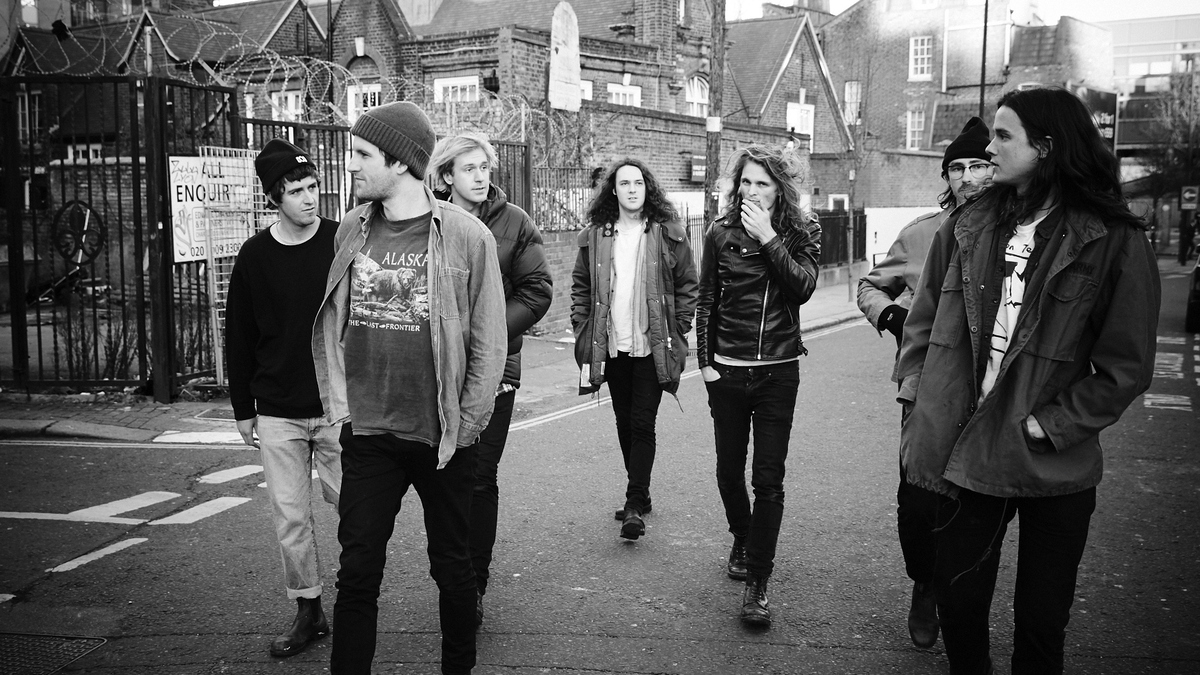 For a specific, obsessively geeky subset of music fans, syncing up Pink Floyd's Dark Side Of The Moon with The Wizard Of Oz is practically a rite of passage. Or perhaps you know people who have rounded up four CD players to play The Flaming Lips' weirdo opus Zaireeka in perfect coordination. While thematic concept albums like these haven't exactly disappeared with the rise of streaming, it does seem like it's been a while since a rock band has been willing to concoct an album that doubles as a trippy interactive experiment. 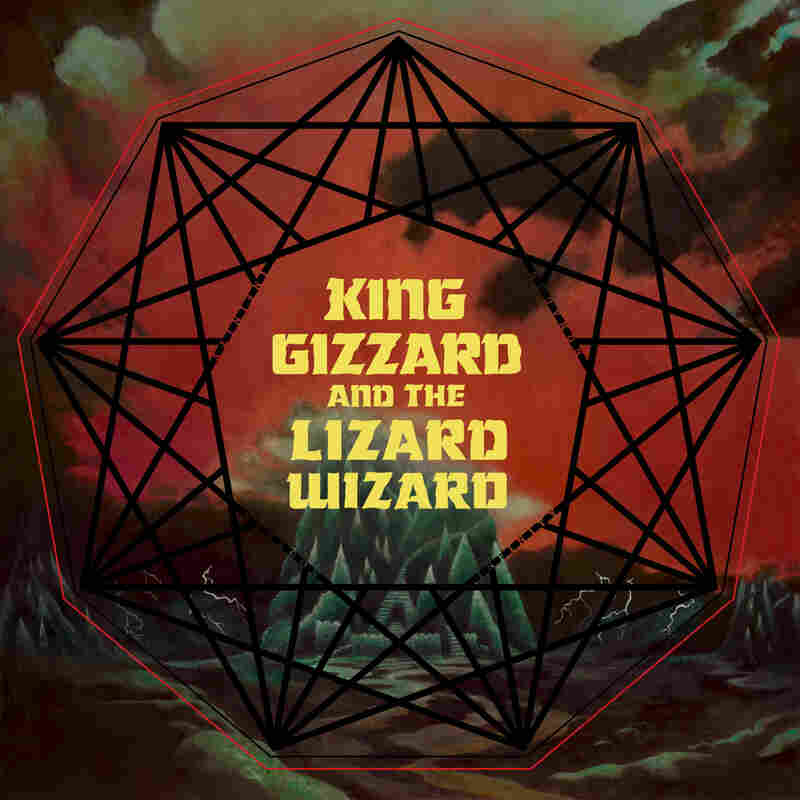 Enter King Gizzard & The Lizard Wizard. Since first forming in 2010, the imaginative Melbourne septet has churned out album after twisted album, toggling from psychedelia (2012's 12 Bar Bruise and 2014's I'm In Your Mind Fuzz) to jazz-inflected prog rock and mellow acoustic pop (2015's Quarters! and Paper Mâché Dream Balloon). Every shift has showcased restless prolificacy and an ear for experimentation that suggests these guys are up for a challenge.

King Gizzard's latest, Nonagon Infinity, is not only the band's most explosively ambitious work; it's also a thoroughly realized journey, embedded in a frenzied barrage of riff-heavy head-bangers. Each track seamlessly mutates from one into the next, to the point where Nonagon Infinity was designed as something of a musical Möbius strip — supposedly the "world's first infinitely looping album." So when the final track, "Road Train," appears to drop out abruptly without resolution, in actuality, when the album is set to repeat, that song jumps on a dime right to the downbeat of the album's opener, "Robot Stop." Essentially, the end is the beginning and the beginning is the end.

Considering the album's meticulous construction, it's no surprise that guitarist and lead singer Stu Mackenzie and the rest of the group — Joe Walker (guitar, vocals), Eric Moore (drums), Ambrose Kenny-Smith (harmonica, vocals), Lucas Skinner (bass), Cook Craig (guitar) and Michael Cavanagh (drums) — had been dreaming this up for a few years, jamming out ideas on stage before diving into recording at Brooklyn's famed Daptone Studios. While King Gizzard has yet to perform the Nonagon Infinity suite in full in concert, this music will no doubt stretch and warp over the course of a tour.

Throughout its nine jam-packed songs, overlapping wah-wah'd guitars and brash, odd-time-signature rhythms fly by while numerous instrumental motifs surface, morph and fade away, only to appear again, slightly changed. That's true for the lyrics, too, as the album's titular chant — "Nonagon Infinity opens the door" — becomes a frequently heard lyrical thread. Elsewhere, "Robot Stop" introduces a darkly futurist mantra describing the mundanity of work and nonstop touring: "My body's overworked / It's just the same I know / When can my body work / Cold static overload?" When that chorus reprises in "Big Fig Wasp," a song about an insect that sacrifices itself to perpetuate its species, the words take on a wildly different meaning.

King Gizzard's words are elusive and amorphous, leaning heavily on demonic, fantastical and grotesque imagery to give life to frayed emotions, big cosmic questions and commentary on the dark side of human nature (as in "People-Vultures," which portrays never-satiated consumers as parasites). In "Evil Death Roll," Mackenzie unleashes a seething depiction of a slithering monster, maw open and ready to attack. Later in the song, things get existential, as he sings, "You distort the notion of the place, the universe's other face / The speed of light has slowed apace, the universe's other face" — a winding phrase that pops up again in "Invisible Face."

Finally, in the pulpy "Road Train," King Gizzard envisions a satanic train that brings certain pain, violence and destruction to anyone in its path: "The vortex opens through / Drive right in and straight through you," Mackenzie sings with a scowl amid Fury Road-meets-From Dusk Till Dawn chug-a-lug metal guitars. Then, suddenly, it's all over — at least, until you start it over from the top.

Nonagon Infinity isn't for everyone; it's a high-octane and attention-demanding album, but one of great scope. Somewhere right about now, a group of college kids in their hazy, Doritos-dusted dorm room are bound to turn on King Gizzard & The Lizard Wizard and see how long they can marathon this masterfully bizarro work in a continual droning flurry. It's the kind of communal listening experience you have to try at least once.