Accessibility links
We're Having a Baby!? How To Feel The Joy, Without The Financial Fears With each baby comes a set of scary questions: how to pay for strollers, day care, even (gasp!) college? We joined a talk between a young couple and a financial adviser. Here's what we learned. 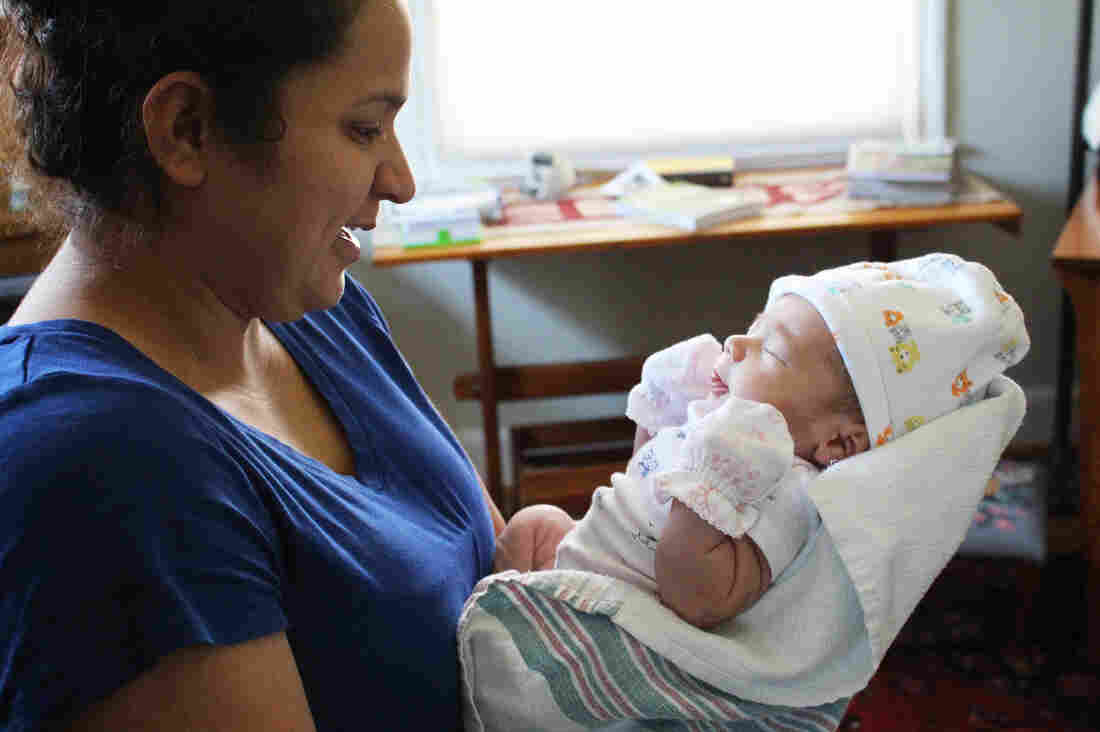 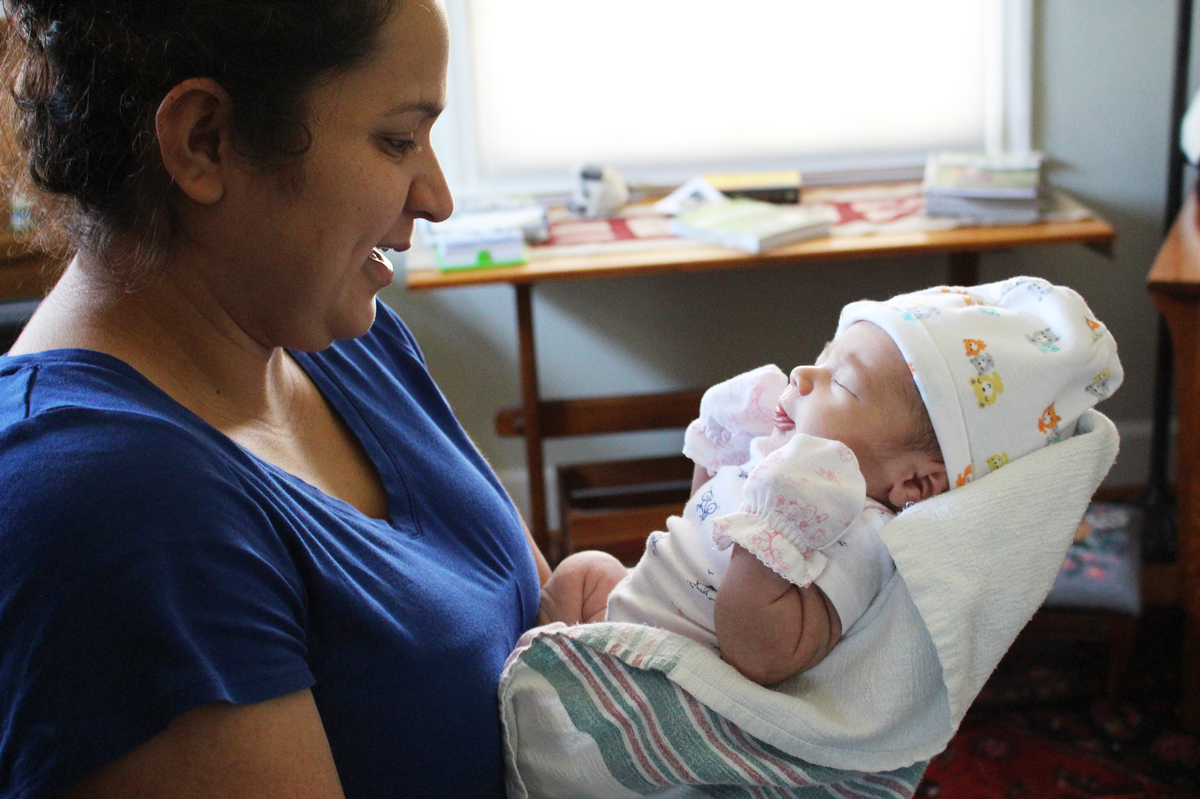 Look into an infant's eyes, and there you'll find the stirring of a new life. Look into the eyes of that infant's parent, and you may just find something else: financial terror. Having a child can change everything in a family, especially the budget.

Yami Chavarria and Anthony Rivas are navigating this lovely — and frightening — time together. Chavarria was 39 weeks pregnant — in other words, really pregnant — and was cooing over the super-cute, hand-painted onesies her friends made at her baby shower.

One says "my Dad is the best." Another would make an infant look like a tiny cow. They're all adorable — and Chavarria said they all were going to get a lot of use.

"I can change, like, many, many times a day," she said with a laugh.

So our first financial tip for new families: Don't be shy about the baby shower. Tell people what you need — and not just onesies and mobiles. For the more expensive things, like strollers, car seats and cribs, consider asking people to pool money. If you don't tell people what you want, you may end up with 200 newborn onesies, and none of the other things you'll desperately need.

In Chavarria's case, she had some great friends at church and her day care job who helped her save several thousand dollars on supplies, but clothes, diapers and strollers will be only the beginning. Chavarria, in fact, was already looking way ahead — saying she wants to hopes to pay for her child's college education.

The baby, a perfect little girl named Ayla Kimberley, finally arrived. It's a joyful, sweet time — and time for Chavarria and Rivas to get some more serious financial advice.

That's where financial adviser Paivi Spoon comes in. She sits down with the couple to go over the bundle of questions that come with the bundle of joy.

Nerdwallet: 15 financial must-dos to prepare for a new baby

First, their income: Rivas, the father, just started a public works job. Between that and a night job he also just took, they're making around $50,000 a year. It's not a whole lot of income, but Spoon says that's not the point.

"I have seen people who make exactly what you do," Spoon tells them, "and they're very wealthy after 20, 30 years. It is not the amount of money that you make, but how much of that do you consume."

Here's another financial tip for new families: If you're used to spending money and not really thinking about it, let the baby be an incentive to finally put together a budget.

Spoon says people basically spend money on three categories of things: necessities, like rent and food; investments, like property and savings; and consumption, like a new watch or dinner out.

Don't just look at the children and their future. If you're not well off, they won't be.

The trick is dialing down the consumption and turning up the investments. And, says Spoon, education is one thing that's always an investment — both for the child and the parents. More education for the parents could mean more money for little Ayla's education later.

"Quite often different professional certifications are just as beneficial to you and your future earnings potential as is a college degree," Spoon says. "So don't just look at the children and their future. If you're not well off, they won't be."

Budgeting, investing, studying — it's a lot for new parents to tackle. But there's more help here.

And figuring all of this out is worth it, Spoon says, and not just because it'll give Chavarria and Rivas control of their money. It'll also let them focus on what's important: their baby.