Accessibility links
We Know Nothing, (About) Jon Snow As 'Game Of Thrones' Returns HBO's hit kicks off its sixth season this weekend, but the show has now outpaced the original books, and the channel isn't making advance episodes available. So, is Jon Snow alive? We have no idea! 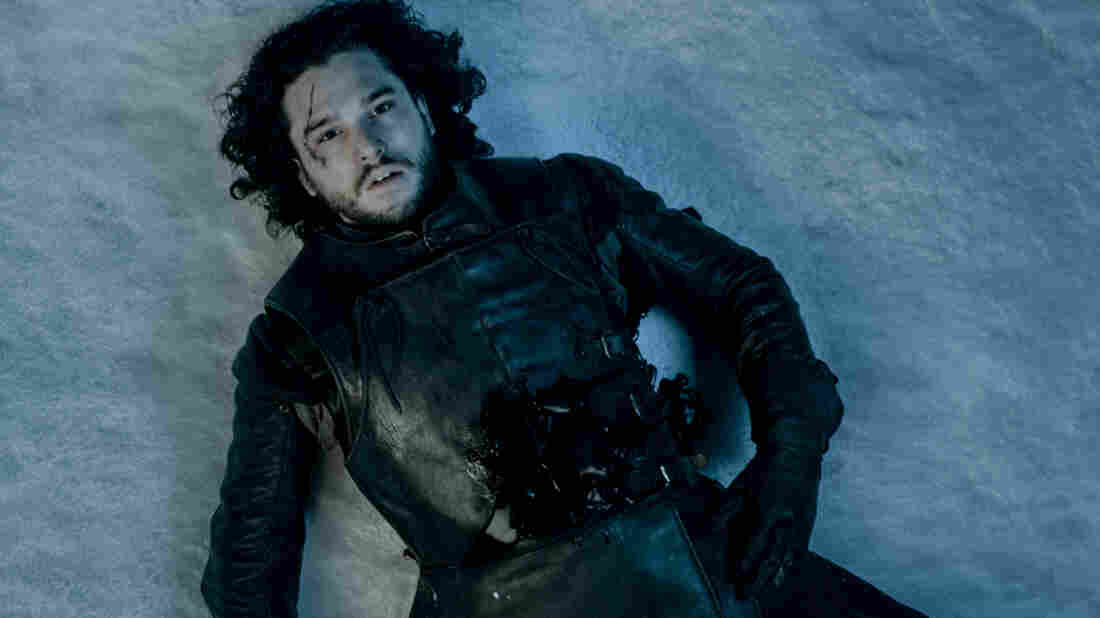 Will Kit Harington's Jon Snow — seen here after a seemingly fatal attack at the end of Season 5 — survive? No one knows. HBO hide caption 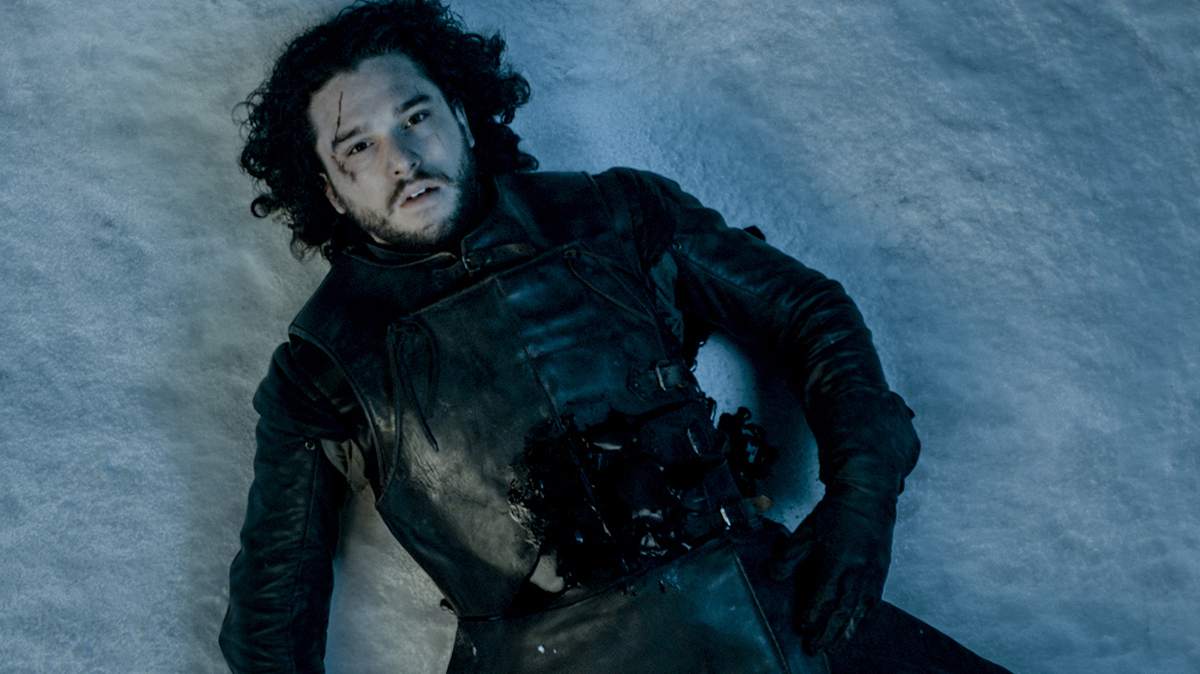 Will Kit Harington's Jon Snow — seen here after a seemingly fatal attack at the end of Season 5 — survive? No one knows.

Let's call this the opposite of a spoiler alert: An acknowledgement that TV critics don't know much about Game of Thrones' sixth season, which starts Sunday.

That's because some knucklehead last year leaked new episodes of the fifth season online before they appeared on HBO. So producers of the show and HBO executives decided this season nobody — except, it seems President Obama — would get an early look at new episodes.

Which means I have no spoilers about the new season.

"Are you afraid?" Peter Dinklage's Tyrion Lannister asks in a trailer for the show's new season. "You should be. You're in the great game now. And the great game is terrifying."

George R.R. Martin Admits 'Winter' Isn't Coming — At Least, Not For A While

That brief speech is among several tidbits HBO has revealed from the upcoming season. Because fans pore over each moment to try to guess what's in store, there's a lot of speculation about what may be coming.

In a way, it's a shrewdly calculated strategy to publicize the show while controlling spoilers. The cast and producers have appeared everywhere from Jimmy Kimmel Live to the pages of Entertainment Weekly, talking up just the story points approved by HBO and the showrunners.

For example, the Entertainment Weekly story centers on the show's most prominent female characters, including Emilia Clarke, who plays Daenerys, the mother of dragons. In the piece, she pushes back against charges that the show is sexist and too often shows sexual violence against women.

Though without a look at the episodes to come, critics like me can only say: We'll see.

Peruse the various trailers, clips and analyses and you'll find a surprising amount of information. (Here, by the way, is where a spoiler alert is appropriate: we'll discuss a few developments and theories about upcoming storylines.)

In one scene, we see tortured eunuch servant Reek fleeing in a snow-covered wasteland with Sansa Stark. Last season, their leap from a parapet at Winterfell castle offered a bit of a cliffhanger: Are they dead or alive? New footage shows them running from soldiers.

In other clips, there are big battle scenes, characters on the run, a certain main character in captivity. In another scene, incestuous couple Cersei and Jaime Lannister are reunited, mourning the death of their daughter.

It's a pivotal time for Game of Thrones, as all of the plots will now extend beyond the storylines of George R.R. Martin's published books. Martin has reportedly consulted with producers so they know the major story points in his next book, The Winds of Winter.

TV shows based on books, like 'Dexter' or 'The Walking Dead,' often seem to work best when they make choices based on what works best for television, and not on sticking to a popular text.

Frankly, that's a scenario I prefer. TV shows based on books, like Dexter or The Walking Dead, often seem to work best when they make choices based on what works best for television, and not on sticking to a popular text.

At a time when HBO is struggling to create successful new dramas, Game of Thrones needs as much room to maneuver as possible. It's HBO's most popular series — its crown jewel — used to entice people into subscribing to the channel. HBO is giving cable subscribers free access this weekend to sample the Game of Thrones and it's already renewed the series for 2017.

But look at how AMC's hit The Walking Dead has jerked fans around — making it seem appear characters have been killed only to reveal they haven't — and you quickly see the pitfalls of running a popular, aging show. Each season must offer surprising plot developments that even longtime fans can't predict. There need to be moments that are outlandish enough to go viral, but not so crazy that enthusiasts feel manipulated or deceived.

So this season has got to work, and work well, for both Game of Thrones and HBO. Most of all it's got to answer the question: Is hero Jon Snow, who we saw knifed to death last season, really dead? And even if he is dead, might he rise again?

Can't wait to get some answers, right alongside many of you, on Sunday night.