Accessibility links
'The Meddler' Pokes Fun Without Mocking The Mom The Meddler is a new comedy starring Susan Sarandon about mom who's just a bit much — just in time for Mother's Day. 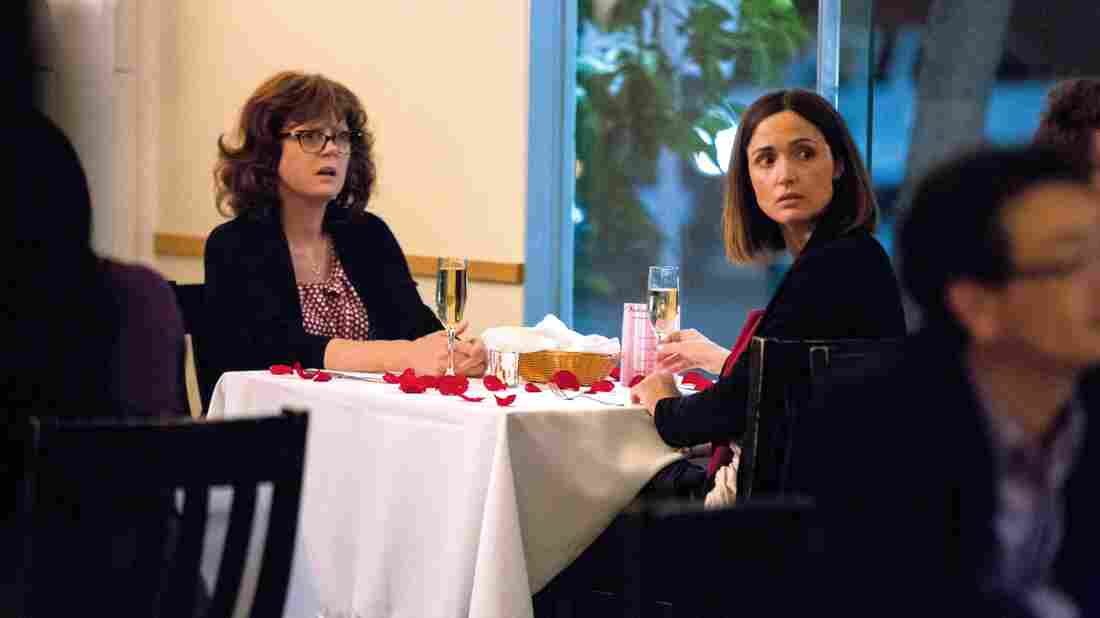 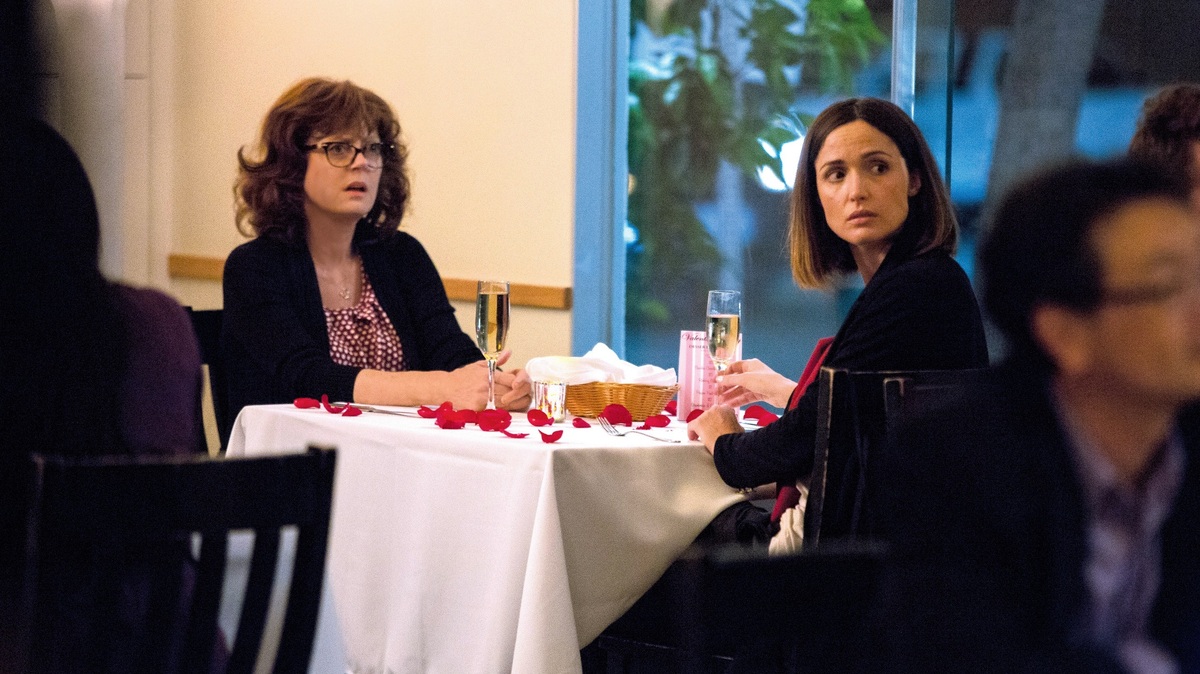 We all love our mothers, right? Though sometimes they drive us crazy. From the title of Susan Sarandon's new comedy, The Meddler, you might guess that mix of fealty and frustration informs the worldview of filmmaker Lorene Scafaria, and you'd be right.

The film centers on Marnie (Sarandon), a widow who's moved to L.A. after her husband's death to be closer to Lori (Rose Byrne), her screenwriter daughter. And that's a good thing, as they're both still grieving — though Lori sometimes feels as smothered as she does mothered.

She decides she needs to have an "establishing boundaries" conversation.

"I've been talking to my therapist," she begins, and you see Marnie's eyes moisten before she even gets to the "boundaries" part. Then mom's out the door, and straight to the therapist. The therapist they share — so much for boundaries.

Small wonder Lori is relieved when producers for the quasi-autobiographical TV show she's writing wants to send her out of town for a few weeks. Marnie will follow, but not right away. First she turns her attentions elsewhere — to wedding planning for Lori's best friend, and chauffeuring a guy she meets at an Apple store's Genius Bar to his night classes.

Always, she's doing too much. And always, she's staying a little too connected to her daughter.

Writer/director Scafaria — Lorene, which is not Lori, but close — was herself followed out to L.A. by her own mom after her dad died. And her real mom did many of the more outlandish things Sarandon does on screen, which, truth be known, qualifies as good comic material — yet another gift from a mom who can't help herself with the giving.

Scafaria created The Meddler as a tribute to her mom, but it also turns out to be a gift for Sarandon, a mature actress who hasn't had a lot of starring roles lately, and whose radiance is allowed to light up the screen here. Especially when a retired cop, played by J.K. Simmons is turning on his slightly offbeat brand of charm, chattering away about his chickens, and his Harley, and making her (and the audience) smile.

The rhythms here may be sitcom-ish, but Scafaria isn't mocking, she's appreciating. A fact that should make The Meddler kind of ideal as a mother-daughter date movie, just in time for Mother's Day.