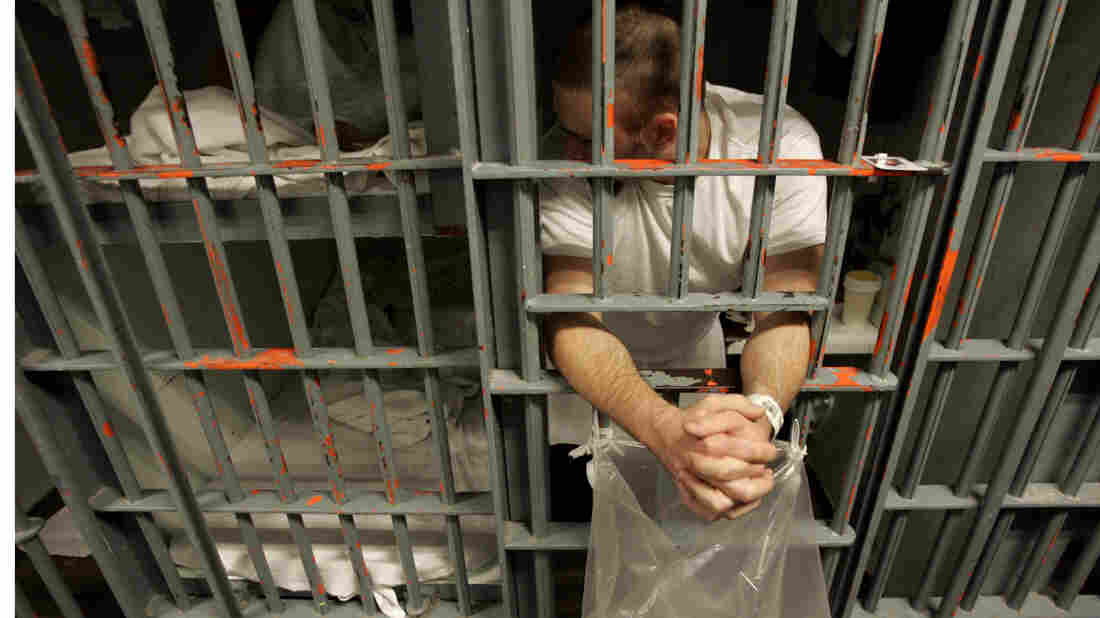 An inmate leans out the bars of his cell in a one-prisoner-per-cell block in downtown Los Angeles. Brian Vander Brug/LA Times via Getty Images hide caption 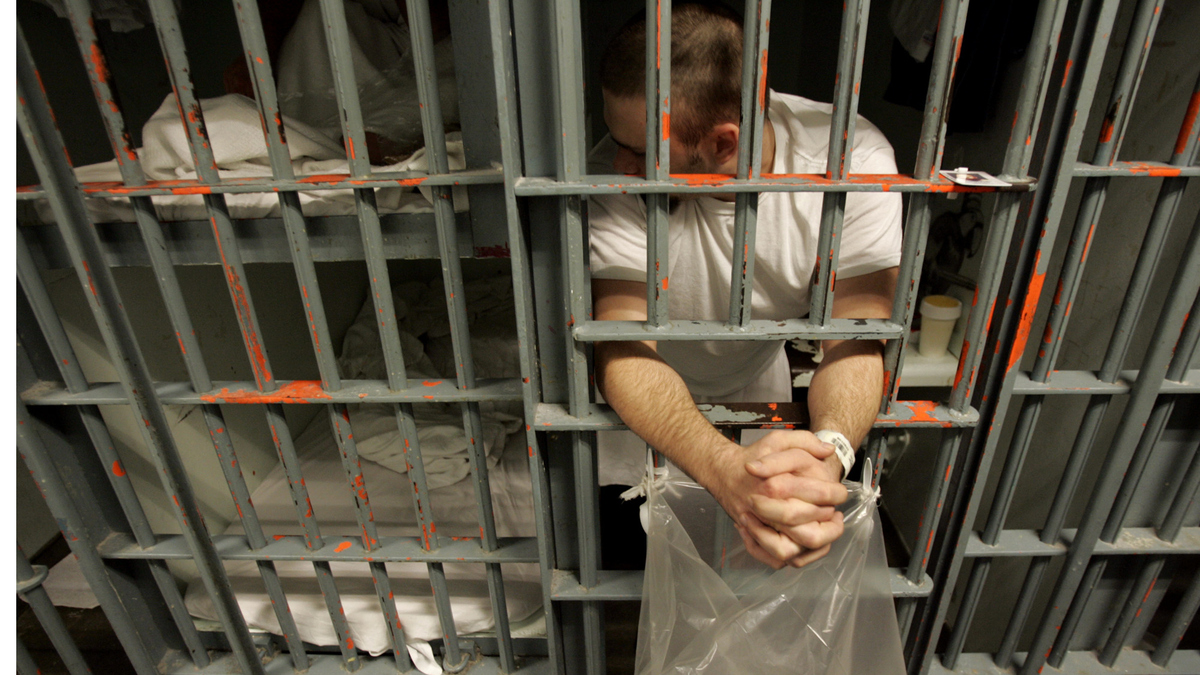 An inmate leans out the bars of his cell in a one-prisoner-per-cell block in downtown Los Angeles.

Two hundred six thousand Virginians will newly have the right to vote this year. That's according to the office of Virginia Democratic Gov. Terry McAuliffe, who signed a bill on Friday that would allow felons who had completed their sentences to vote.

In addition to granting voting rights, the executive order will also allow released felons to run for office, serve on a jury, and serve as notaries public, the governor's office said in a release. It will apply to any felon who "completed his or her sentence and all other requirements" like parole or probation, as of April 22, the office said. The governor also plans to issue additional monthly orders to grant voting rights to future released felons.

"Too often in both our distant and recent history, politicians have used their authority to restrict people's ability to participate in our democracy," McAuliffe said in a statement. "Today we are reversing that disturbing trend and restoring the rights of more than 200,000 of our fellow Virginians who work, raise families and pay taxes in every corner of our Commonwealth."

As of 2010, the most recent year for which data are available, Virginia had one of the highest levels in the nation of people who could not vote because of felony convictions: 7.3 percent, according to the U.S. Sentencing Project, a nonprofit that advocates for sentencing reforms.

However, since then, several thousand felons have already been added to voter rolls. Republican Gov. Bob McDonnell in 2013 issued an executive order making it easier for nonviolent felons to regain their voting rights. McAuliffe's office also estimates that he had restored voting rights to an additional 18,000 people prior to today's move.

Where laws stand in your state

State laws differ on whether felons can and cannot vote. In only two states, Maine and Vermont, all felons — whether in prison or not — can vote. And in three — Iowa, Kentucky and Florida — no one who has been convicted of a felony can vote, according to the ACLU.

Altogether, around 2.5 percent (or 1 in 40) of Americans were disenfranchised as of 2010, according to the Sentencing Project. And that group is disproportionately African-American — by the same data, more than three times the share of blacks (7.7 percent, or around 1 in 13) couldn't vote. Here's where the laws stand in states nationwide:

Here's how many voting-age people in each state were not able to vote, as of 2010, the latest year for which data are available. The organization says it hopes to release new data later this year.

The political battle over disenfranchisement

The felon disenfranchisement debate isn't just a fight over who should and should not get to choose elected officials; it also has potentially heavy political implications.

Republican critics are painting McAuliffe's action as a political move in a swing state that could be consequential in this year's presidential election.

"I am not surprised by the lengths to which he is willing to go to deliver Virginia to Hillary Clinton in November," Virginia House Speaker Bill Howell wrote in a statement. McAuliffe is a former DNC chairman and also served as chairman of Clinton's 2008 run for the presidency.

The issue of felon disenfranchisement also arose on the campaign trail this cycle, when in December Ted Cruz told radio host Hugh Hewitt that Democrats "go in and fight to give the right to vote to convicted felons. Why? Because the Democrats know convicted felons tend to vote Democrat."

A 2014 study did show that in a few states that were surveyed, released felons were more likely to register as Democrats than Republicans (as reported by PolitiFact). However, the study covered only three states and did not include the many felons who didn't register to vote, PolitiFact also reported.

The politics of enfranchisement extend well beyond the topic of felons. Cruz has also accused Democrats of wanting to give citizenship to immigrants in the country illegally because, he said, those immigrants would vote Democratic. And Ohio Gov. John Kasich this week said he opposed D.C. statehood because "that's just more votes in the Democratic Party."