Why Tuesday Could Determine The Nominees In Both Presidential Primaries

Why Tuesday Could Determine The Nominees In Both Presidential Primaries 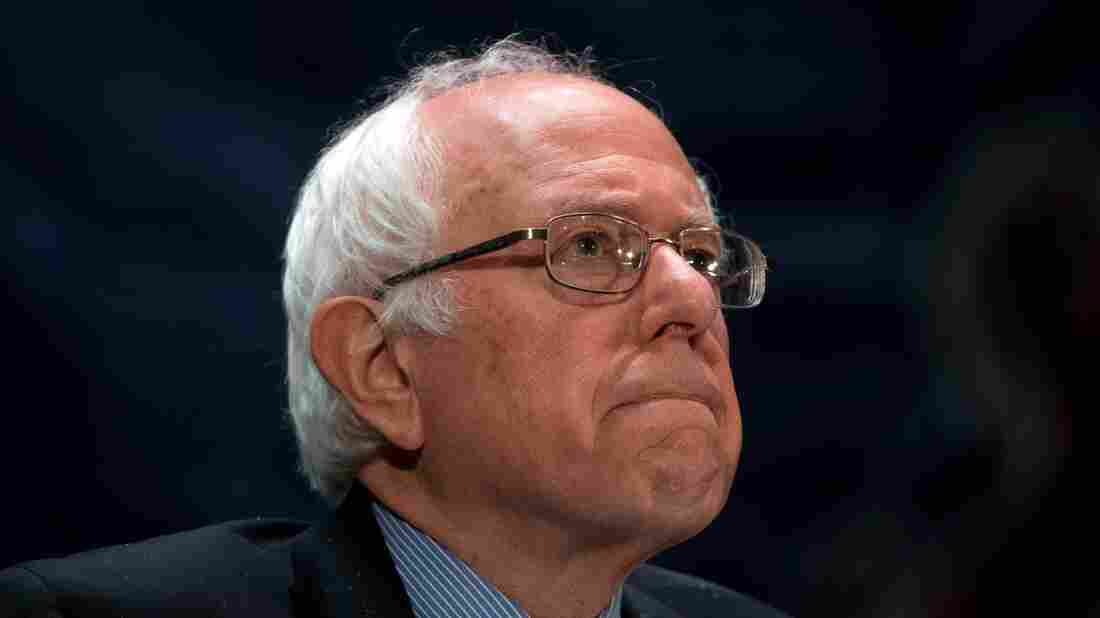 Bernie Sanders, I-Vt., faces a critical test of his candidacy Tuesday. His campaign says if he misses "benchmarks," it will "reevaluate." Matt Rourke/AP hide caption 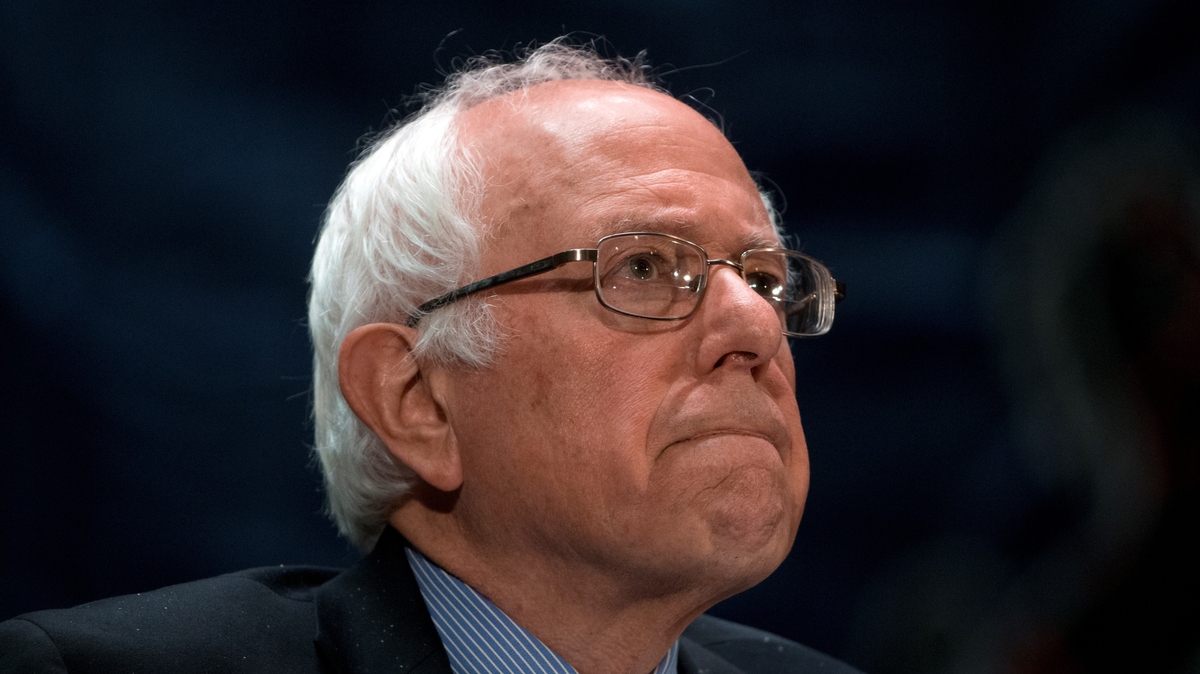 Bernie Sanders, I-Vt., faces a critical test of his candidacy Tuesday. His campaign says if he misses "benchmarks," it will "reevaluate." 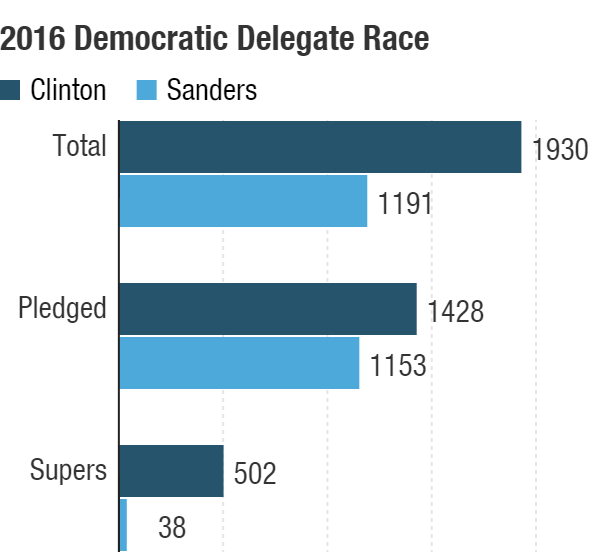 The primary elections across five states Tuesday could decide the nominations of both parties.

That's especially true on the Democratic side. (For the Republicans, scroll down.) Bernie Sanders has come a long way, but the Vermont independent is running out of friendly states. Tuesday is no different, as all but one of the contests (Rhode Island) in these Northeast states are closed primaries.

In other words, independents can't vote. And that's a big problem for Sanders. One analysis found that as much as 40 percent of Sanders' vote total was coming from independents, as of a month ago. Three of Tuesday's states — Maryland, Delaware and Pennsylvania — also have significant non-white populations in Democratic primaries. That plays to Hillary Clinton's strength.

Clinton now has a bigger lead over Sanders than Barack Obama ever had over Clinton at any time in 2008 — more than twice as big, in fact. When all was said and done in the 2008 primary, Obama finished just 69 pledged delegates ahead of Clinton.

Clinton is now 80 percent of the way to the 2,383 needed for the nomination. Yes, that includes superdelegates, but they cannot be dismissed. Their votes count, and there's little reason for them to switch allegiances if Sanders does not win a majority of pledged delegates. (She's also ahead of Sanders by 2.7 million popular votes.)

Sanders and his team seem to now be getting that reality.

"Look, if we do not have a majority, it's going to be hard for us to win," Sanders told NBC referring to pledged delegates. "The only fact that I think remains uncertain is if we continue to be running significantly stronger than she is against Donald Trump, or whoever the Republican nominee will be. I think that's a factor."

Maybe some will be swayed by the "running stronger" argument, but more likely, that is talk to keep the flame burning (and the money coming in). Most of these superdelegates know that hypothetical head-to-head general-election match-ups, at this stage, have very little value, as NPR's Danielle Kurtzleben has laid out.

To win a majority of pledged delegates, after New York, Sanders now needs to win a whopping 59 percent of the pledged delegates remaining. That's close to impossible to do, because delegates are allocated proportionally on the Democratic side.

Put another way: Hillary Clinton could lose every single remaining state and still be the nominee as long as Sanders doesn't beat her by an average of 59 percent in each and every remaining contest. (And that's to say nothing of superdelegates. With superdelegates, Sanders needs about three-quarters of all remaining delegates.)

Those numbers would go even higher if Sanders can't hit them Tuesday.

"If we fall short of what our projections are in order for us to get there then, yeah, we'll have to figure out if there's a different way forward," Sanders adviser Tad Devine told NPR's Tamara Keith. He added, "If we think we have to take a different way or reevaluate, we'll do it then."

"Reevaluate" is a key word from Devine. Clinton did not formally drop out of the race in 2008 until June. And the Clinton campaign this year probably wouldn't mind Sanders staying in, doing a victory lap of sorts and playing to big crowds in places like Oregon and California. But if Tuesday doesn't go well for Sanders, Democratic supporters of Clinton likely won't want to hear anymore caustic talk about things like Wall Street speech transcripts.

If Sanders misses those benchmarks again Tuesday, Clinton will not have clinched the nomination mathematically, but a lot of people will be saying this race is over.

A chance for Trump to solidify his place 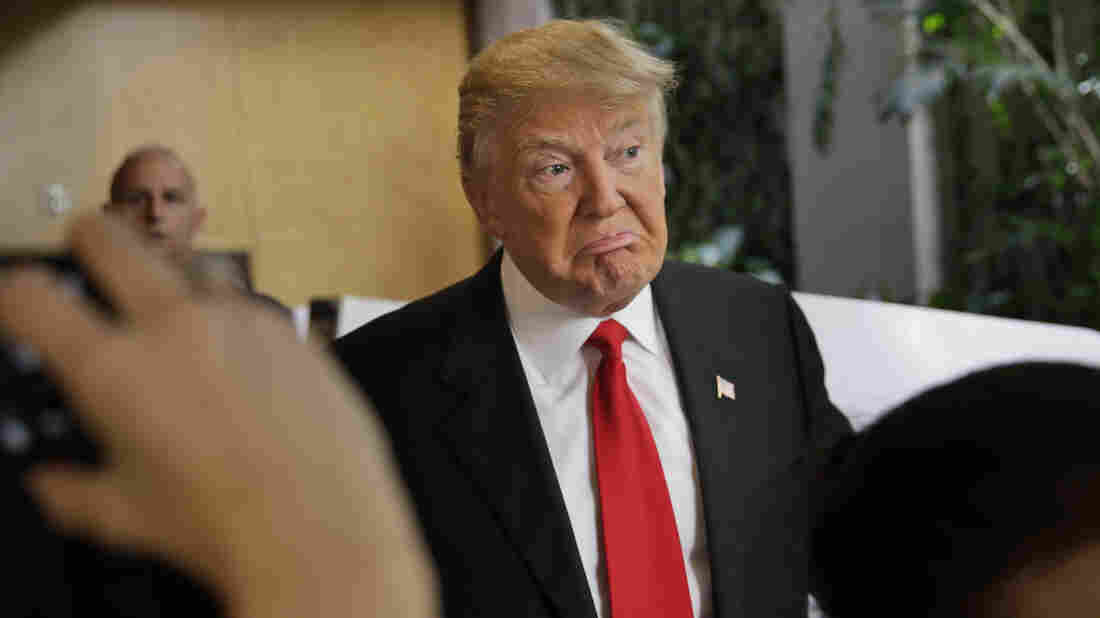 Donald Trump talks to reporters just before casting his ballot in New York Tuesday. With more big wins, Trump could be on his way to the GOP nomination. Seth Wenig/AP hide caption 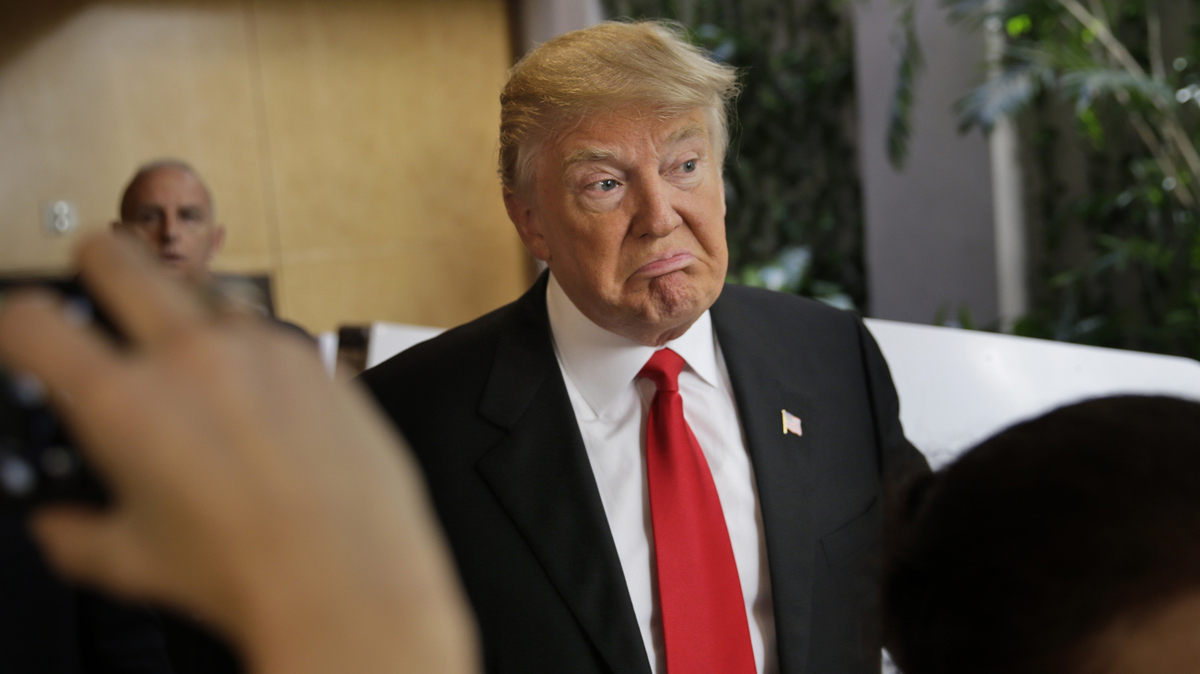 Donald Trump talks to reporters just before casting his ballot in New York Tuesday. With more big wins, Trump could be on his way to the GOP nomination. 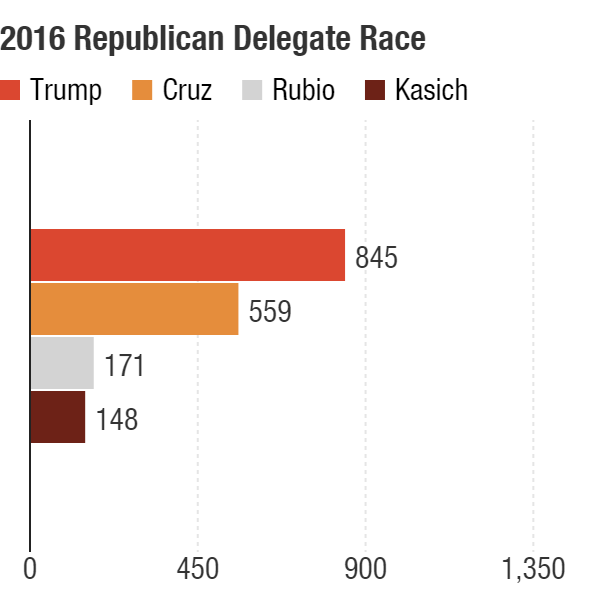 For the Republicans, Donald Trump is back riding high after his sweeping win in New York.

He took 89 of the state's 95 delegates and is now more than two-thirds of the way to the magic number of the 1,237 majority needed to be the Republican nominee.

Trump is also winning something that may be more important — the argument. Strong majorities of Republicans are telling pollsters they think whoever has the most votes should be the GOP nominee.

If Trump has a big day Tuesday — and Ted Cruz struggles again — the New York billionaire may seem inevitable. Cruz will also likely be mathematically eliminated from winning the nomination on first ballot after Tuesday, an important talking point for Trump. 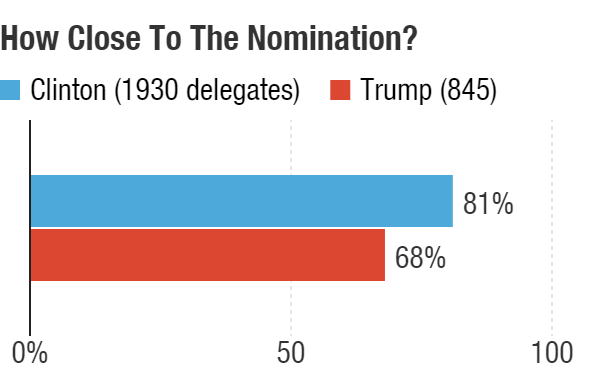 Hillary Clinton has 81 percent of the delegates she needs to be officially the Democratic nominee. Trump is more than two-thirds of the way there. Domenico Montanaro/NPR hide caption

The bottom line here is Trump needs to start hoovering up delegates — and not look scary to those Republican delegates. Trump is not quite where Clinton is on the other side just yet in relation to the magic number needed to clinch. But he has a slightly bigger delegate lead over Cruz (286).

So while it's still not the easiest path for Trump, New York was a good start for him to right the ship. What's more, his lead over Cruz, the once-crowded field that gave him a late start on delegates and the GOP sentiment that the person with the most votes should win, all bode well in Trump's favor. If he can go into the convention with something around 1,150 delegates or more, he would be tough to stop.

Trump also took a step in the direction of being acceptable to delegates, saying on NBC's Today show Thursday that he will be "so presidential, you will be so bored."

Perhaps more importantly, his new top convention strategist Paul Manafort tried to reassure delegates of the same, telling them his boss has been "playing" a "part," but that "he gets it."

A good day Tuesday would certainly help Trump get closer to being the Republican 2016 standard bearer.