Accessibility links
'Wake Up You!' Explores The Transitional, Post-War Rock 'N' Roll Of Nigeria In the 1970s, a crop of young rock bands with "a new sense of fury and fuzz" arose in the aftermath of the country's civil war, says historian Uchenna Ikonne. 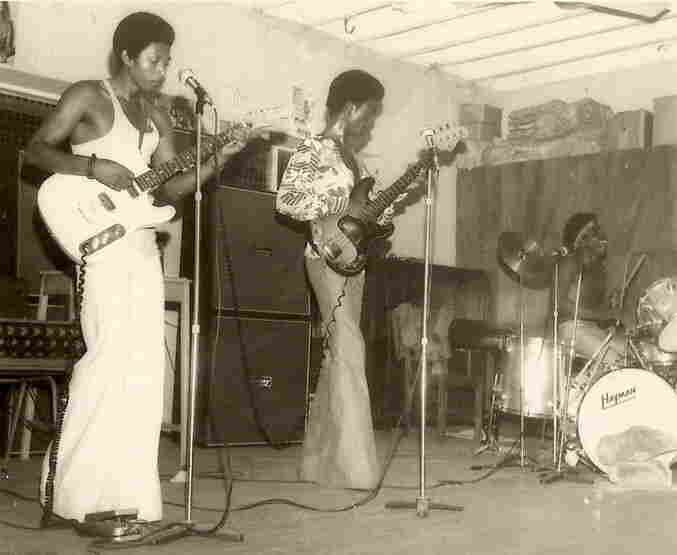 Warhead Constriction, a group of high-schoolers from Lagos, is one of many rock bands of the 1960s and '70s featured in the new book series Wake Up You! The Rise and Fall of Nigerian Rock, 1972-1977. Courtesy of Now-Again Records hide caption 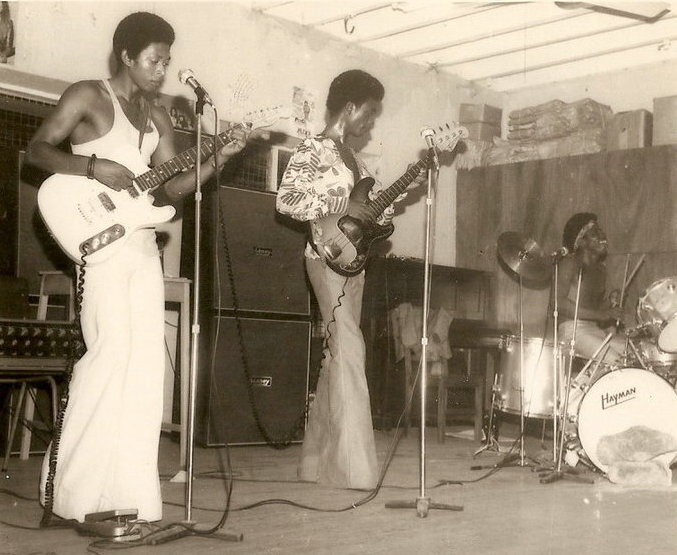 Warhead Constriction, a group of high-schoolers from Lagos, is one of many rock bands of the 1960s and '70s featured in the new book series Wake Up You! The Rise and Fall of Nigerian Rock, 1972-1977.

If you came of age in the 1960s, chances are you think about rock 'n' roll as the music of youth, of rebellion, of fighting the establishment. But in Nigeria, which was in the middle of a civil war, rock was one of the ways in which people expressed their politics.

You might have heard about activist artists like Fela Kuti, who rebuked abusive government practices through song. But what you might not know is that the warring governments also understood the power of rock. Some military administrators went so far as to conscript popular rock bands — both to keep up their soldiers' morale and to pacify the angry civilians.

That fascinating history is the subject of a new book series called Wake Up You! The Rise and Fall of Nigerian Rock, 1972-1977 by music producer and historian Uchenna Ikonne. He joined NPR's Michel Martin to talk about it; you can hear their conversation at the audio link, or read on for an edited version.

Michel Martin: So how did the Nigerian rock scene get started?

Uchenna Ikonne: Well, the scene got started in the early 1960s, actually, when Rock Around The Clock showed in Nigeria. That was the first introduction to rock 'n' roll, as it was for many people around the world. But at the time, rock 'n' roll was seen more as a passing fad rather than a genre that was expected to have any kind of permanence. As the decade proceeded, a lot of young people got together to dance to foreign rock 'n' roll records, usually those by Elvis Presley and Cliff Richard, and later by The Beatles. And soon enough, they decide to form their own bands.

Would you mind talking a little bit about Fela? He is, for a lot of people, perhaps the main musical figure that they might be acquainted with. Where does he fit into this story? 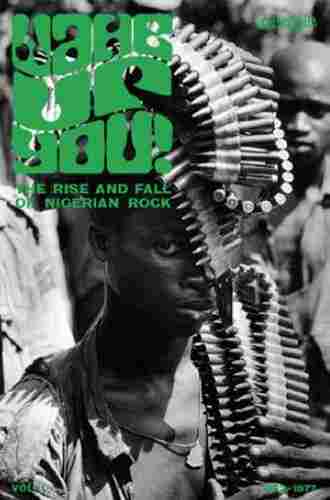 by Eothen Alapatt and Uchenna Ikonne

Title
Wake Up You!
Subtitle
The Rise and Fall of Nigerian Rock 1972-1977
Author
Eothen Alapatt and Uchenna Ikonne

Fela is somebody who is often associated with a proudly and aggressively pro-African stance, but that's not the way he was always perceived on the Nigerian music scene. In his early days, in fact, he was rejected by the mainstream because his music seemed too foreign.

He had come back from England with the idea of being a straight-ahead jazz musician in the mold of Miles Davis. This was a period of cultural nationalism, and all Nigerians were encouraged to project expressions of self that were more or less indigenous — so the idea of coming and trying to play jazz, it was seen as not really where the culture wanted to go. The first audience that accepted Fela at this time was kids who were listening to rock 'n' roll music, because they themselves felt like outcasts.

So then how did rock 'n' roll start to change as the war years went on?

When rock 'n' roll first came about, it sounded kind of ridiculous to most people. It seemed like these young Africans were awkwardly aping foreign artists, who were white, who were themselves copying black Americans. Something seemed to be lost in translation. But one thing that changed during the war was the popularity of soul music. And there was something about soul music that seemed to speak to young Africans on a very deep level. So the music became funkier, it became deeper, and that gave the rockers the opportunity to occupy the center stage in the culture.

One of the fascinating things that I learned from your book is that people on both sides of the conflict actually had their own dedicated bands, or they had their own kind of musical following. Can you talk a little bit about that?

During the war, the soldiers had to be entertained, so both the Nigerian and the Biafran armies found out that it was in their best interest to conscript musical groups, to entertain the soldiers and keep their morale up. These groups also gave a lot of young people the opportunity to avoid being drafted to the combat zone. If you could pick up a guitar, there's a chance that maybe you could be an army musician and be in less risk of being killed. So, a lot of people flocked towards those bands if they could play at all.

How do you think that affected the music scene after the war?

Well, it affected the kind of music that was popular. You can hear that, for example, on tracks such as "Graceful Bird," by Warhead Constriction, which was a band of high schoolers at the time in Lagos.

You can also hear the same thing in the music of The Hykkers, such as "In The Jungle." They were just showing a new heaviness, a new sense of fury and fuzz, to the music, that sort of reflected the sense of confusion and the aftermath of the violence of the war.

One of the things I was wondering is that, given that rock is so important to the Nigerian story, did any of these artists gain fame elsewhere in the world?

Several of them tried. They weren't able to do it; it was difficult. They really did make the attempt, but at the time, I'm not sure that the Western audience was ready to accept them. Things are a lot easier now due to the internet: People are used to listening to music from all over the world. Back then, Western record labels really did not know what to do with African artists. They would fall in love with them for their African sound, and then take them over to London or New York, and then really not know how to market them. They'd end up trying to scrub all the Africanness away from them and turn them into something else.

Why is the subtitle of the book, "The Rise And Fall Of Nigerian Rock"?

Because the music did not really sustain itself. By the middle of the 1970s, it had already started fading. By the end of the '70s, it was mostly gone. And not only did it disappear, but it disappeared from the collective memory in many ways. I think the country just kind of grew out of it, decided to move in a different direction culturally. And that whole period just turns out to be a weird interstitial period that isn't exactly the '70s and isn't the '60s, either; it was just a period of transition.